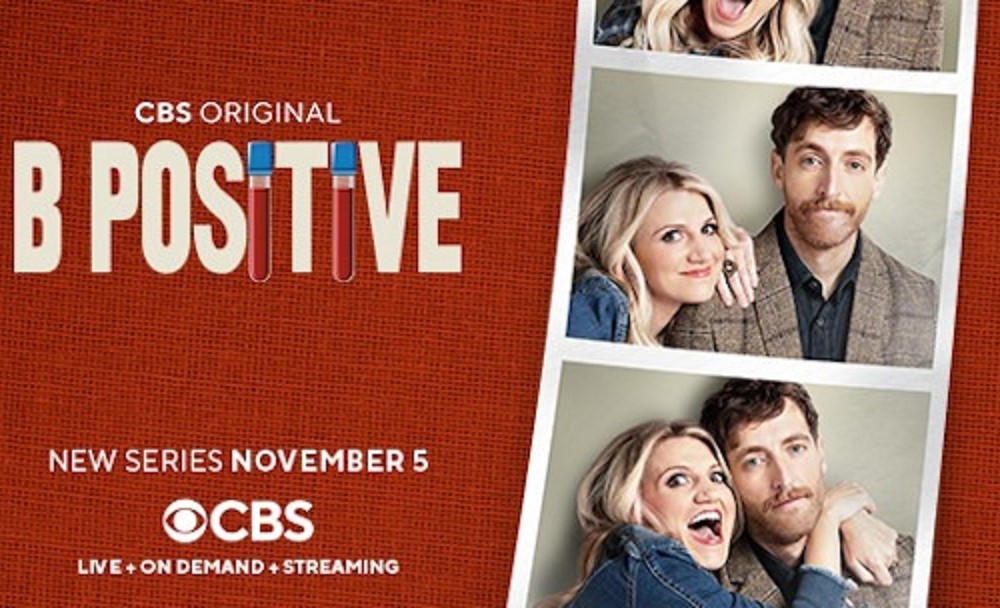 'B Positive' Season 1 Episode 13 is coming out this week and here's all you need to know about it.

‘B Positive’, the American TV sitcom is out rocking with its first season and will soon be airing its 13th episode. Created by Marco Pennette, the show aired its pilot episode on 5th November 2020. The show got countless positive and highly appreciative reviews. The audience immediately fell in love with the show as it had the perfect comic timing, good plot, and really great cast. The critics were also highly in awe of the series as they stated that the charming cast elevated the show to another level.

In fact, the show now has an average score of 87% on Rotten Tomatoes and 72% on Metacritic. As a result, the show enjoys a good viewership rating and has been doing well. Anyhow, it will be airing its 13th episode this week. So, let us find out everything about it and the series further in the article.

Everything you need to know about ‘B Positive’:

‘B Positive’ is an American TV sitcom created by the American screenwriter and TV producer Marco Pennette. The show airs an episode on CBS with each episode having an approximate runtime of 19-22 minutes. It has released a total of 12 episodes to date and it is said that Season 1 consists of 18 episodes in total. Chuck Lorre, Marco Pennette, and Jim Patterson are the executive producers of the show while Gary Baum as its cinematographer. Chuck Lorre Productions and Warner Bros. Television are the production companies behind it whereas Warner Bros. Television Distribution as its sole distributor. Let us now see the cast members for Season 1 of ‘B Positive’. 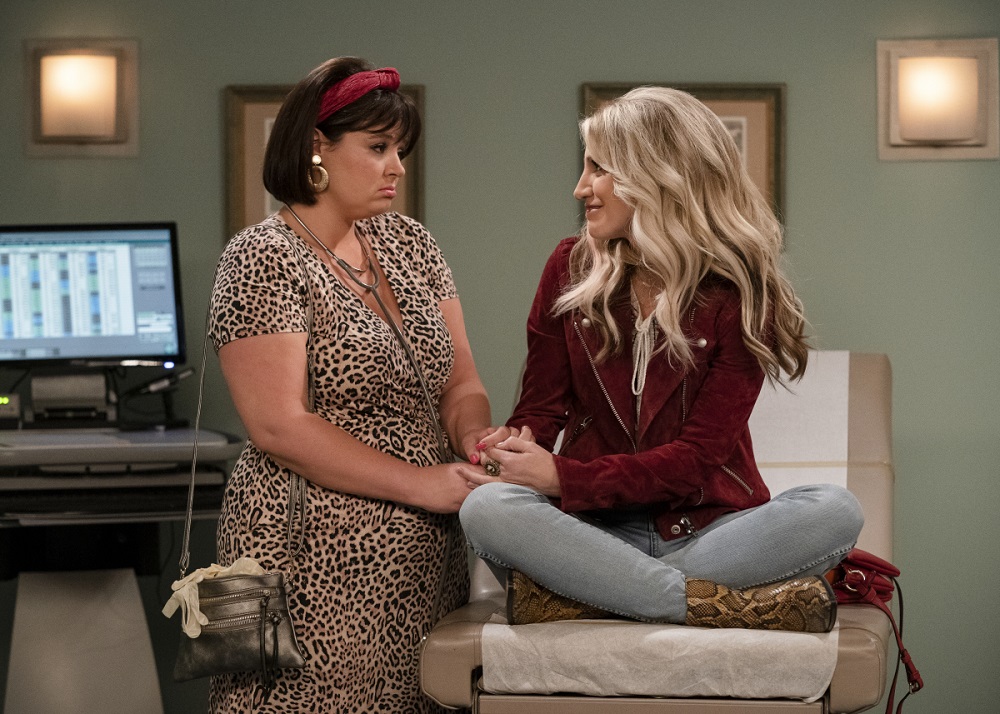 A still from the pilot episode i.e. ‘B Positive’ Season 1 Episode 1.

Thomas Middleditch as Drew: Thomas Middleditch is a Canadian screenwriter, comedian, and actor. He is popular for playing the role of Richard Hendricks in “Silicon Valley”. Some of his other best works include “Replicas”, “Middleditch and Schwartz”, “Solar Opposites”, and “The Final Girls”.

Annaleigh Ashford as Gina: Annaleigh Ashford is an American dancer, actress, and singer. Some of her best works include “Masters of Sex”, “Unbelievable”, “Bad Education”, and “Impeachment: American Crime Story”.

Kether Donohue as Gabby: Kether Donohue is an American actress. She is best known for her works from “You’re the Worst”, “Pitch Perfect”, and “You”.

Sara Rue as Julia: Sara Rue is an American actress. Some of her best works include “Shedding for the Wedding”, “Popular”, and “American Pie Presents: Girls’ Rules”.

Izzy G as Maddie: Izzy G is an American film and TV actress. She is popular for being a part of movies and shows like “AJ and the Queen”, “A Violent Separation”, and “The Highwaymen”.

Terrence Terrell as Eli: Terrence Terrell is an American actor who has been a part of numerous films and TV series to date. Some of his best works include “Modern Family”, “Criminal Minds”, and “Giants”. 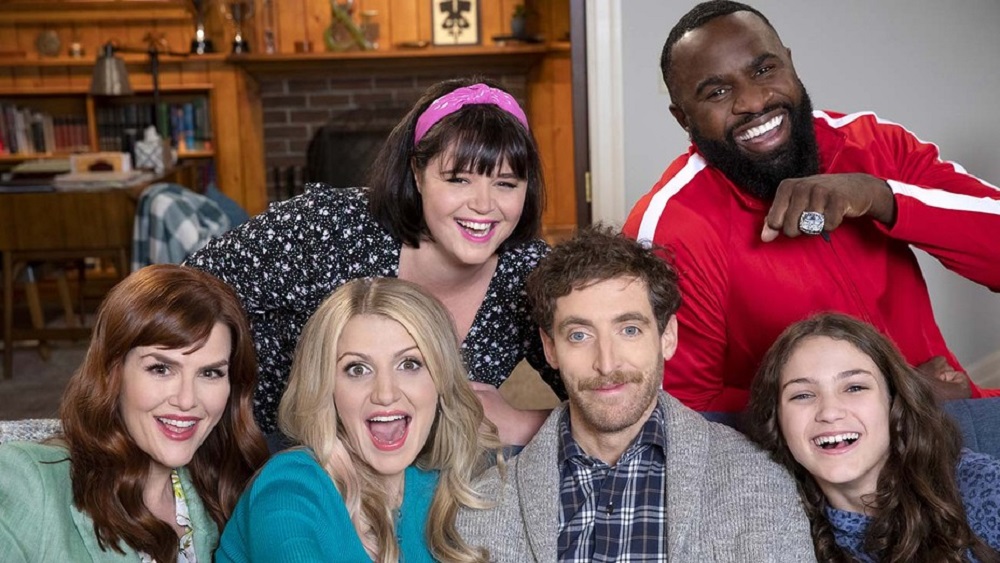 A still of the entire main cast for Season 1 of ‘B Positive’.

What to expect from B Positive Episode 13?

The title of B Positive Season 1 Episode 13 is “Inflammatory Response”. Scott Ellis has directed the episode with Jamie Rhonheimer, Jessica Kravitz, and Heide Perlman writing the story. In the upcoming episode, you will see Norma move into Drew’s house. The sole reason for this is that she set her room on fire by accident at the retirement home. Apart from all this, Gina and Eli will grow closer as you’ll see romantic moments between them. All and all, it is going to be a really interesting and blithesome episode. The production has not released any official trailer for the upcoming episode. So, you will have to wait for the episode itself that will soon be aired on CBS. 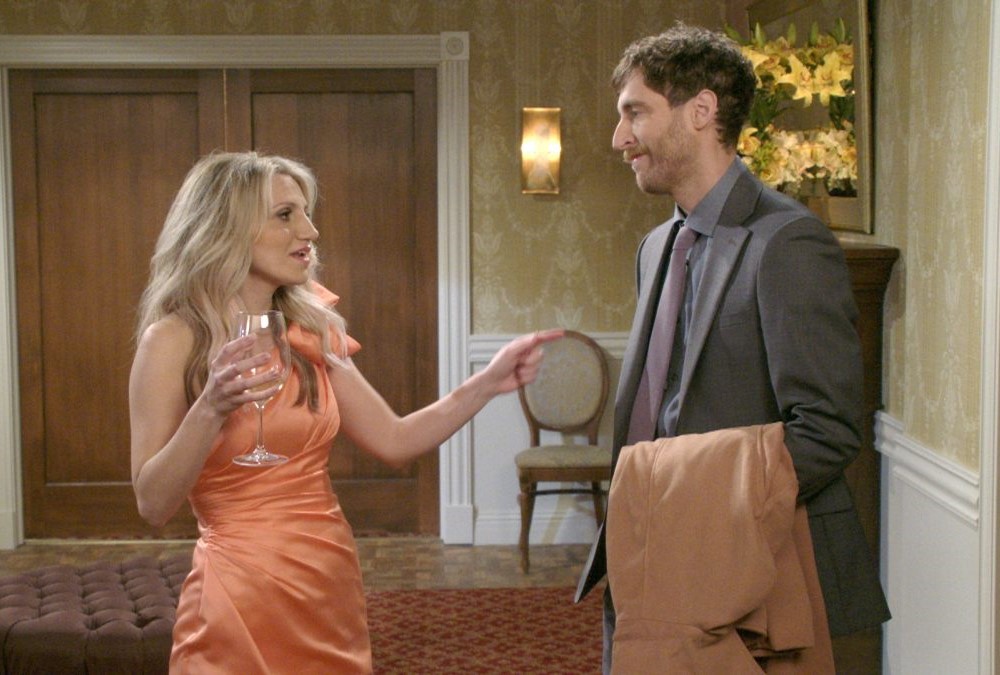 A still from the previous episode of  ‘B Positive’ i.e. Season 1 Episode 12.

B Positive Season 1 Episode 13 is going to release on 8th April 2021 i.e. on Thursday at 9:30 PM ET. You can tune in to CBS at the mentioned time of broadcast to watch the episode. Even if you miss the episode due to reason, you can stream it later anytime. It will be available to you from the official website of CBS or its app. Apart from all this, you can also stream the episode on Hulu With Live TV and Amazon Prime CBS All-Access subscription. So, brace yourselves as the sitcom returns with a fresh and exciting episode to entertain you once again. Until then, stay tuned for more updates and let us know your thoughts about the show in the comments section below.