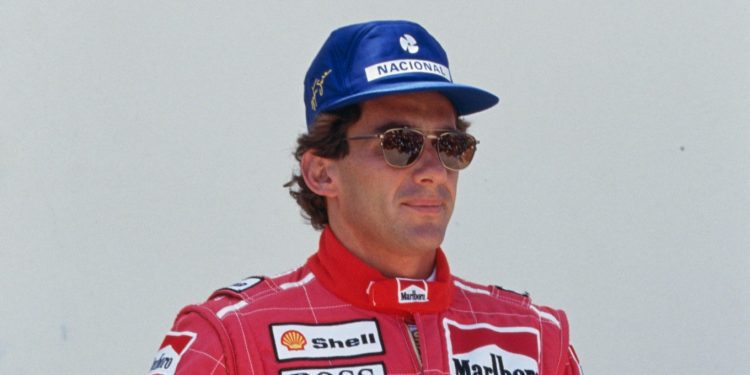 Ayrton Senna was known to be a three-time Formula One champion and one of the greatest racers of all time. Ayrton Senna da Silva was born in the wealthy family of Milton da Silva, a land and factory owner, and Neide Senna da Silva in Sao Paulo, Brazil. He has had a deep interest in motor racing and automobiles since he was four years old. He graduated from the Colegio Rio Branco in 1977 with a grade of five in physics. Math, chemistry, and English were among the subjects he studied. Do you know who Ayrton Senna’s Girlfriend was? Senna began competing in karting competitions when he was thirteen years old. Ayrton started on pole position in his first race and dominated the run until just before the finish.

Ayrton began racing at the tender age of thirteen and quickly climbed to fame, becoming the unquestioned champion of Formula One racing. The swift ascent to success, however, was cut short when he died in a fatal accident. Senna was killed in one of the most fatal Formula One incidents during the race in San Marino. His death raised many questions about Formula One’s safety concerns and reforms. Senna was a legend in the making, with 65 pole positions under his belt at the time of his death. He was a true professional who competed in some of the most contentious races alongside Alain Prost of France and Nigel Mansel of England. Amazingly, it took 12 years for renowned driver Michael Schumacher to break Senna’s record.

Senna was dating Adriane Galisteu, a Brazilian model and later TV personality, at the time of his death. Previously, from 1981 to 1982, Senna was married to Lilian de Vasconcelos Souza. Vasconcelos, who he had known since childhood, struggled to adjust to her husband’s racing career in England. Their relationship ended in divorce.

Senna next went into a relationship with Adriane Yamin, the daughter of a So Paulo businesswoman, who was 15 years old when they both started dating in 1985 and was frequently accompanied by her mother during meetings with Senna. Senna ended their relationship in late 1988 after they were momentarily engaged. From late 1988 to 1990, Senna dated Brazilian TV star Xuxa. Between 1990 and 1991, Ayrton dated Christine Ferracciu, who stayed with him at his houses in Monaco and Portugal. Senna also had a relationship with American model Carol Alt and dated Marjorie Andrade and Elle Macpherson for a short time.

Who Is Adriane Galisteu?

Adriane Galisteu’s full name is Adriane KelemenGalisteuIódice. On April 18, 1973, she was born. She is a well-known actress, TV host, and former model from Brazil. Galisteu was born in the city of So Paulo, the daughter of Alberto Galisteu and Emma Kelemen, and she resided in Lapa, a district in So Paulo, until she was 18 years old. José Galisteo and Maria Muoz, her father’s grandparents, were Spanish immigrants who came to Brazil in 1899 on the ship “Les Alpes” from Málaga, Andalusia. Her mother comes from a Hungarian family. Due to her father Alberto’s alcoholism, Galisteu had a terrible upbringing. His condition deteriorated, and he died after a heart attack in 1989. Adriane, who was fifteen years old at the time, started working to help support her family.

Senna’s Controversy After His Death:

Edilaine de Barros, a former model, better known as Marcella Praddo, made one of the more outlandish statements about Senna’s past partners. The couple allegedly dated from 1992 until 1994, according to her. De Barros’ child, Victoria, was born weeks after Senna’s death and claimed that Senna was the father of the child but abandoned after the Senna family rejected those claims. Years later, the former model was persuaded to sue Senna’s estate after joining a religious sect. DNA tests of Senna’s parents’ hair and saliva samples firmly confirmed that he was not the father of de Barros’ kid in 2000.

Senna died in a car accident while racing in San Marino, Italy, in 1994. At the time of the disaster, he was only 34 years old. When Senna’s car collided with a concrete wall on lap 7, he was involved in an accident. An on-site tracheotomy was required due to consequential blood loss and poor neurological status. Senna was flown and transferred to the Maggiore Hospital in Bologna, where he was pronounced dead.

His death was designated a national disaster, and three days of national mourning were commemorated by the Brazilian government. Approximately three million people gathered together to pay their final respects to this popular racer. He was laid to rest in Ibirapuera Park’s Legislative Assembly building. The burial procession went on at Morumbi Cemetery after a public viewing of his body, but not before the 2nd Artillery Brigade fired a 21-gun salute and seven Brazilian Air Force jets flew in a diamond configuration.

Also Read: Colin Cowherd’s Net Worth: How Much Does The Sports Media Personality Make?