Is Ayakashi Triangle Chapter 74 on a Hiatus? 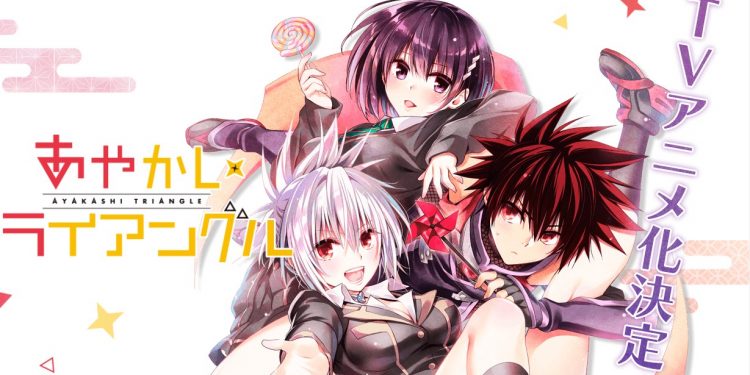 As we have gotten used to the frequent chapter releases, it looks like this time we will have to wait for a while as Ayakashi Triangle manga seems to be on a Hiatus. The manga has been officially serialized on Shueisha’s Weekly Shonen Jump as one of the popular upcoming manga titles.

With the storyline still heated, the manga went on a Hiatus and saw the delay of Ayakashi Triangle Chapter 74. This might come as bad news for those who have followed the manga from the first chapter and have grown accustomed to it. But as strange things happen every now and then in the manga world, it looks like this time we have come across one of those moments.

Several news sites, together with the official publishers of the manga, have reported that they will not be publishing Ayakashi Triangle chapter 74 for undisclosed reasons. Instead, the manga will continue from chapter 75, and everything else will continue as usual. This might be surprisingly unusual, and one would wonder if this has to do with the chapter content since it will not be officially published worldwide.

When Will Ayakashi Triangle Hiatus End?

Ayakashi Triangle Hiatus will end on 16 January 2022. This means that Ayakashi Triangle manga will return this Sunday and continue with its usual chapter releases without any notable interruptions. Viz Media have also listed Ayakashi Triangle chapter 74 on its schedule, meaning that everything seems to be in order by now.

The news came as shocking ones, and for now,, the official publishers of the manga did not give any reasons but only revealed that chapter 74 will be skipped instead. This might make fans feel as if they are missing out as they were still looking forward to more storyline content that will come with chapter 74.

But it looks like we will have to connect the dots from chapter 73 and chapter 75 to see what we have missed. Otherwise, this means that whatever means you might use to get chapter 74 will be then unofficial. Ayakashi Triangle manga is still fresh in the Shonen Jump magazine, having made its debut back in 2020.

You can also read the latest chapters of the manga from Viz Media’s official website and also on Manga Plus’s official app for smartphones as they are released every Sunday. The synopsis of the manga has been described as follows:

As Japan is brimming with mysterious monsters known as Ayakashi. The special exorcist ninja forces to counter the Ayakashi threat. Matsuri, a young exorcist ninja, spends his days battling the Ayakashi to protect Suzu, his childhood friend. An Ayakashi cat named Shirogane appears and turns things upside down in Japan. The legendary manga creator Kentaro Yabuki returns to Shonen Jump with this fantasy series filled with Ayakashi and romance.

While all this drama is still stirring up the Ayakashi Triangle manga fandom. An anime adaptation of the manga has already been announced. This came together with an official website for the upcoming anime as well. More details on the anime project is slated to be announced at a later date. This will include the production studio and possible episodes number and seasons that it will run for.

But since this has only 74 chapters so far then we should expect it to be a regular seasonal anime that usually runs for 12 to 24 episodes per season. Other platforms launched with the project includes an official twitter page that goes along with the upcoming anime’s hashtags.

Top 10 Cutest Neko Characters In Anime That You Should Remember