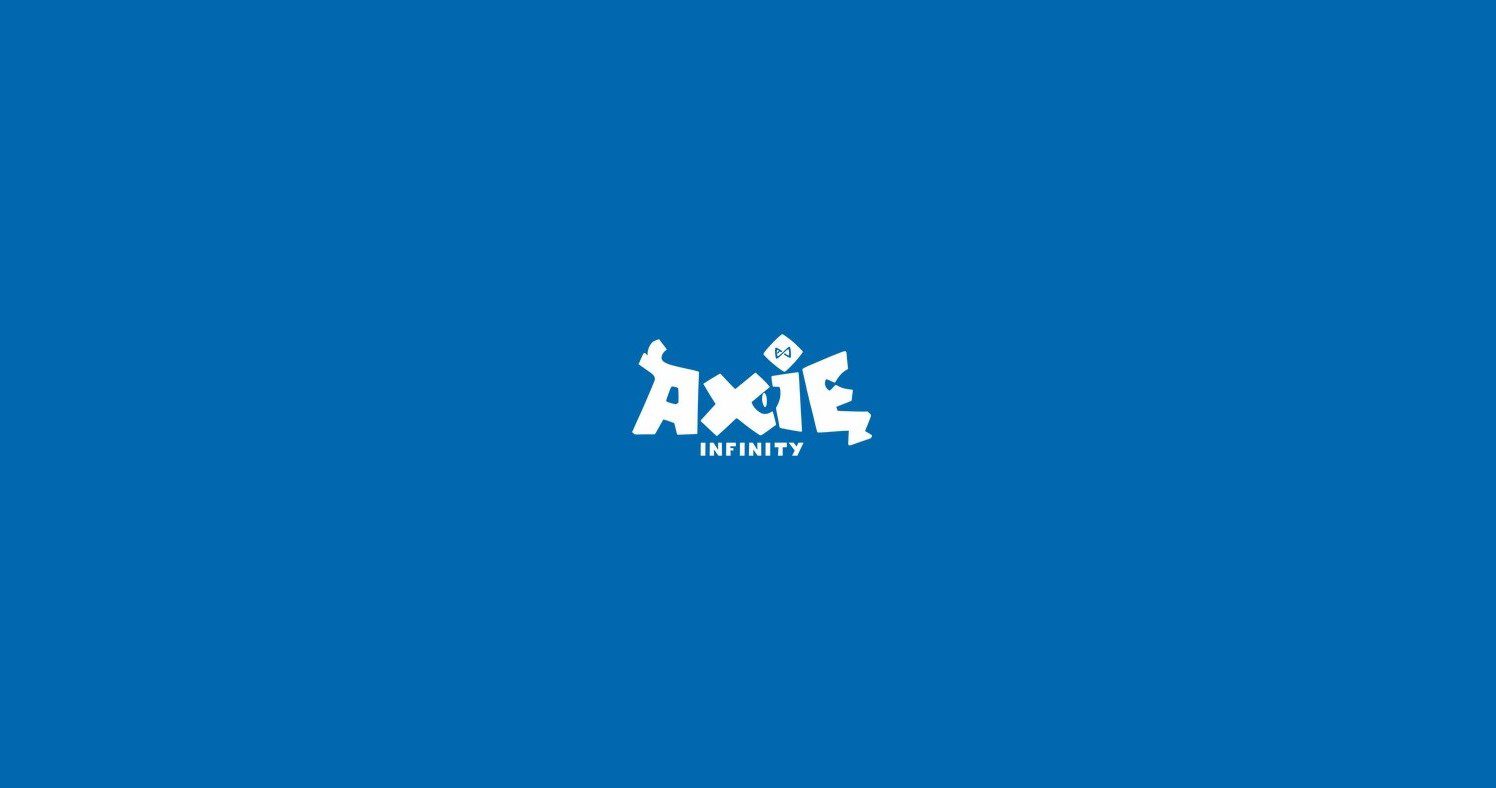 Cryptocurrency has been the talk of the town ever since its rise a few years back. Bitcoin was the first-ever peer-to-peer currency developed by Satoshi Nakamoto. Now, Satoshi Nakamoto is not a real person, it is a pseudo name for a person or a group of individuals. The aim behind crypto was to introduce a decentralized digital currency that does not require a central bank or single administrator. There are many ways one can get about acquiring cryptocurrency like buying from verified apps and websites or blockchain mining. But one method that not many are aware of is gaming. Axie is one such game. In this article, we would be talking about the Axie Infinity season 19 release date. Along with that, we would also be talking about what exactly is Axie Infinity and its functioning.

The functioning of cryptocurrency might seem complex at first but with proper research and guidance, you can get into investing in no time. Mining seems to be a pretty sweet deal. All you have to do is find some old PC and just invest some money in a good graphics card. But that’s not all, You have to also consider the power consumption and cooling of the room and the PC itself. Now, this may seem a good deal but some countries do not recognize crypto as a legal currency. On the other hand, some countries might consider it legal but mining would be prohibited. So before doing anything, research well. I know you guys are already bored by my cryptosplaining, so let’s get on with Axie Infinity.

Axie Infinity is an NFT-based online video game developed by Sky Mavis (Vietnamese studio). Before we dive in further, let us first understand what does NFT means. NFT or Non-Fungible Token is a digital asset that is unique and hence cannot be replaced or is interchangeable. In simple words, consider NFT as a painting or an important piece of a monument that is one of a kind. Coming back to Axie Infinity, it uses Ethereum-based cryptocurrency AXS (Axie Infinity Shards) and SLP (Smooth Love Potion). In this game, you collect, breed, and sell “axies”. Axies are the creatures or your NFT in this case. You have to buy at least 3 axies to be able to play this game. 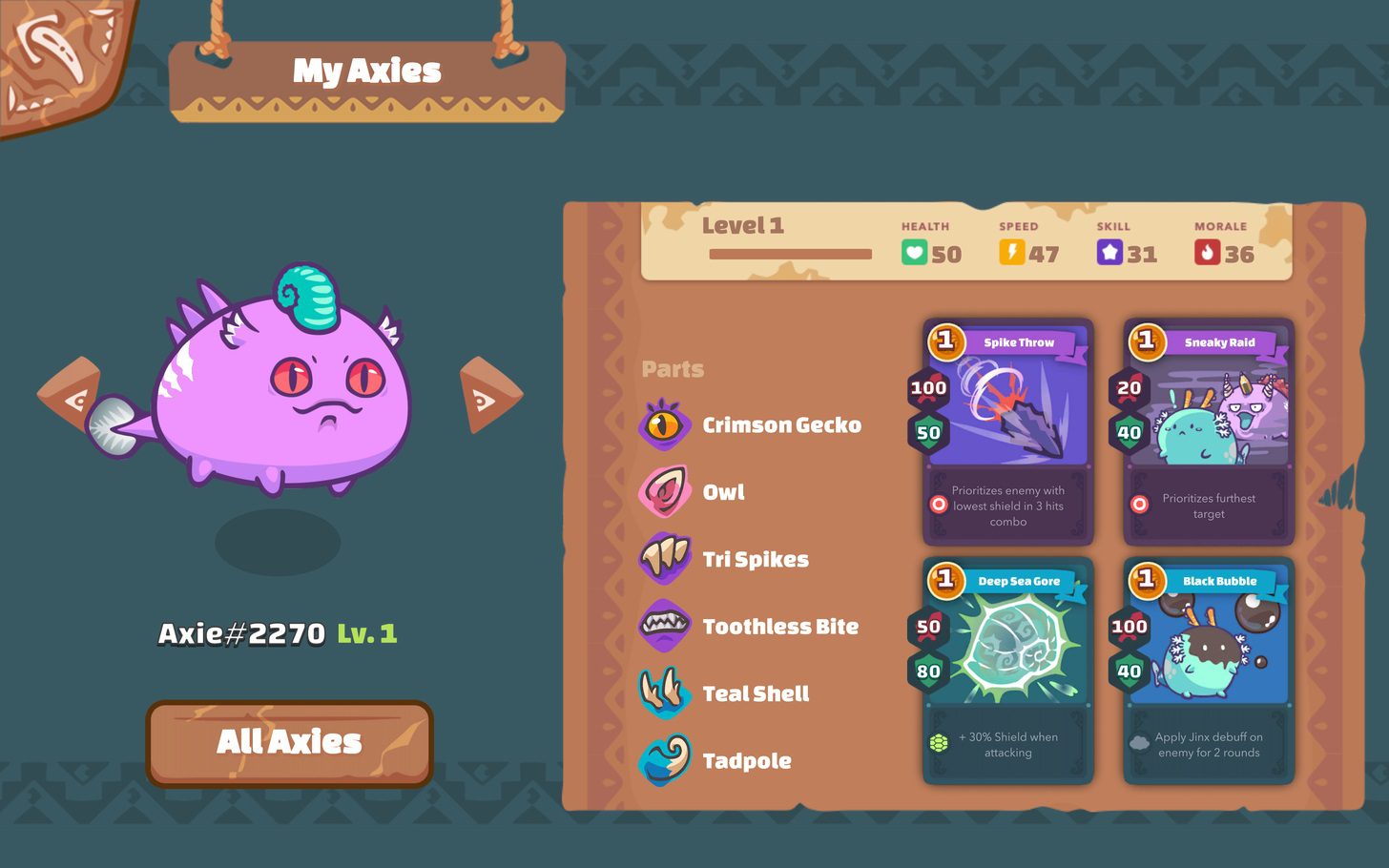 After acquiring these axies you can use them in fights and also use them to breed and produce another axie. Then you can raise that axie and train it to compete in PVP battles. These battles will earn you AXS. Keep in mind that to breed, you need SLP. Just like any other cryptocurrency, SLP is also volatile. You can buy it from listed marketplaces on the websites. Players can buy and sell their axies however they please. One note though, don’t sell all of them as you will need axies for PVP battles and also breeding. The price of these axies will differ from player to player on the grounds such as how many axies has the player sold and the rarity of the axies.

Axie Infinity season 19 release date is yet to be announced. The previous season just came to end on September 19. Currently, Axie Infinity is in its off-season. That basically means that the developers are working on the new update and new season. In arena seasons, players compete with each other to snag the top spot in the game ranking and earning MMR. This MMR is basically ranking points that will determine the winner. Based on the ranking of the players and MMR earned, they will receive AXS tokens. 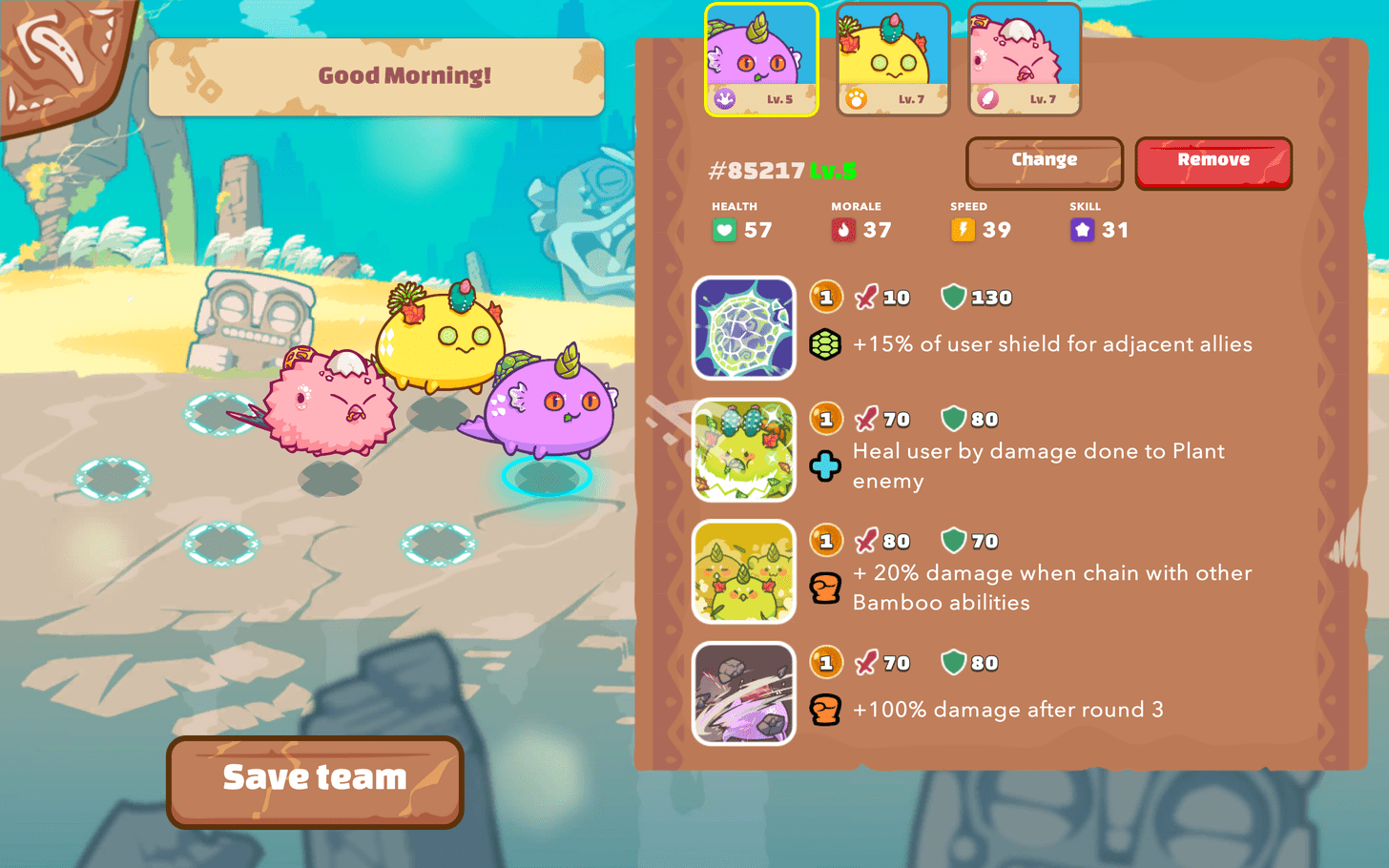 One thing to note is that there are 2 types of MMR in this game, seasonal and off-seasonal. You earn seasonal MMR while a season is active. After each season your MMR reverts back to your off-seasonal MMR. While seasonal MMR contributes towards AXS tokens, off-seasonal don’t. You don’t get any tokens for your off-season MMR. Whenever a new season starts, each and every player’s MMR is set to 1200 so as to give everyone a chance to the top. This is actually a great and really nice thing that the company is doing.

What To Expect In The New Season 19?

As mentioned earlier, the release date for Axie Infinity season 19 is not set yet. That said, we are also not sure as to what new changes would be brought along with this new season. All we can do is wait. And as we know from the pattern that each off-season lasts about a month. However, the last season, season 18, took two months to come out and with that, we saw many major changes. Whatever the case may be, we are sure to enjoy the next season too. Make sure to prepare yourself for season 19 because the player base is ever-expanding and we can see many new players joining the play-to-earn platform. Until then, keep playing, keep on reading with us at Otakukart.