Awkwafina Is Nora From Queens Season 3: Is It Renewed or Canceled? 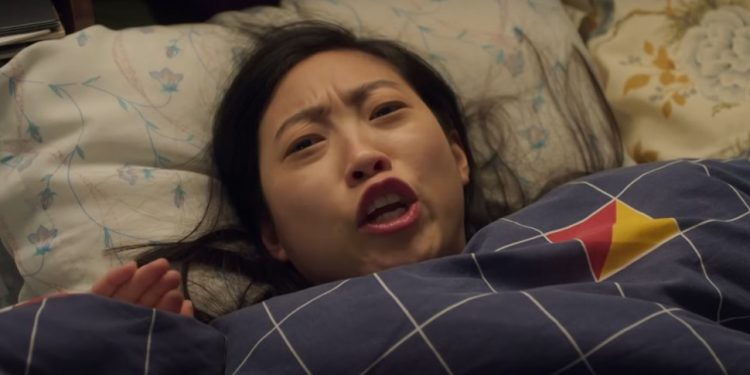 The American comedy from Comedy Central Awkwafina is Nora From Queens season 3 is still up for grabs. After a second season that concluded in 2021. With a diverse Asian cast, it tells the adventures of Awkwafina in New York as she lives in Queens. Also, the program features a fictional version of the popular actress Awkwafina in several hilarious situations all over the place.

“Nora From Queens” takes a rather non-conventional approach to self-deprecation comedy: From family quirks to immigrant woes, to weird cannabis-induced hallucinations, and everything in-between. All mixed up in the fast-paced ambiance of New York City, the metropolis that never sleeps. Unlike other comedies, which alternate between seriousness and funny business, every episode of this show gives you the laughs, now, without any further ado, let’s begin examining the potential third season for this show here at Otakukart.

The second season is packed with adventures for Nora and her loved ones. Nora believes things have been going too far when her imaginary friend assists her in exacting revenge on Wally’s sweet girlfriend, Brenda. On the other side, Nora is given the opportunity to work as an actress. Edmund, on the other hand, chooses to focus on accomplishing his goals and accepts his new life in Los Angeles wholeheartedly. This season, Nora tries to learn more about her mom and reconnects with her Chinese heritage. So we could expect a lot of Asian-infused jokes and quirks related to traditional stereotypes of self-deprecation. After all, that’s one of Awkwafina’s recurring gags as a comedian.

If there is a season 3, it will be exciting to see what adventures Nora, her grandmother, Wally, and Edmund will encounter. While Edmund is no longer in New York and has moved across the country, the dynamic between Edmund and his family is bound to change. Furthermore, Nora’s unintentional foray into the world of acting is another intriguing subplot that would be worth exploring if the show comes back.

Where to Watch Awkwafina Is Nora From Queens?

Awkwafina Is Nora From Queens Trailer:

Nora, a fictional version of herself, is played by Awkwafina. She is followed by Lori Tan Chinn, who plays her grandmother, and BD Wong, who plays her father, Wally. Bowen Yang (he plays Edmund), Chrissie Fit (she plays Melanie), Jonathan Park (he plays Doug). And Jennifer Esposito is also an important character in the show (she plays Brenda). So, if the show is recommissioned for a third season, we can expect to see the majority of them again. In addition, if new characters are introduced in the potential season 3, there may be a few new actors in guest roles.

Is The Show Based On Awkwafina’s Life?

The comedy series ‘Awkwafina Is Nora From Queens’ describes Nora, a woman living in New York with her grandparents and dad who is pursuing her dreams. Awkwafina and Teresa Hsiao created it, and Awkwafina stars as the titular character. The series has been well received by critics and fans alike, who have appreciated its taste characteristics, self-deprecation, and authenticity.

‘Awkwafina Is Nora From Queens’ is inspired in part by a true story. The series is loosely based on the childhood of Awkwafina, an actress, rapper, and comedian. Movie fans will recognize the actress from her roles in ‘Crazy Rich Asians’ and ‘Jumanji: Welcome to the Jungle.’ Before she became an actress, Awkwafina rose to prominence as a rap artist with the rollout of her single “My Vag” in 2012.

Before that, Awkwafina was more commonly known by her birth name Nora Lum, and she worked odd jobs while working hard to achieve her life’s dreams and aspirations. The series is set during the multi-talented star’s pre-fame days. Awkwafina, like her fictional equivalent, is half-Korean and half-Chinese. She grew up in Queens with her grandma and dad in a multigenerational home. Awkwafina’s close relationship with her grandmother, as well as her perspectives in New York, influenced the show’s worldview.

The series, however, is not a note-for-note adaptation of Awkwafina’s life and contains a number of changes. Nora, for example, is still living with her family despite being in her twenties. In fact, Awkwafina was living on her own after graduating from college. Also, by the age of 27, Awkwafina was on her way to stardom as the host of MTV’s ‘Girl Code,’ and she had released her debut album, ‘Yellow Ranger,’ in 2014. In contrast, the fantasy Nora is still looking for her break in her twenties.

Despite this, Awkwafina and her imagined equivalent share a number of characteristics that make Nora as endearing as the actress. Although the show was not intended to be so closely linked to Awkwafina’s real life, her experiences eventually became a driving force behind it. In an interview, the actress discussed how her experiences factor into the show’s plot.

“The most noticeable difference was how much more connected to reality and my experiences the show became.” I did, in fact, work in a shady real estate agency and participated in focus groups for money. “I felt that the way to tell a story without trying to make it seem forced, especially with comedy, was to simply tell it as it happened,” she explained. Finally, ‘Awkwafina Is Nora From Queens’ can be viewed as a semi-autobiographical portrayal of Awkwafina’s life. By fictionalizing true events, the show gives us a plausible and intimate look into the actress’ early life. Nora’s struggles are relatable to anyone in their twenties and add a layer of realism to the story.

The final episode of this series concludes with Nora moving to New Mexico. But something happens along the way. She receives a letter that makes her change her mind. But the reason she winds up in New Mexico in the first place was that she took Edmund to Los Ángeles. After that, in the penultimate episode, she left LA to go to New Mexico, and while she was out in the sticks, she found this weirdo cult called “The Union of the Seven Moons,” to which her Aun Sandra belongs to. Later on, as the COVID pandemic rages on, Awkwafina’s grandma begins to feel the problems of the lockdown with loneliness. The season ends up leaving us wanting more.

Bear in mind that each chapter barely has a connection with another except in some aspects. Every plotline is as absurd and entertaining as the next one. Kind of like South Park’s plotlines, wherein each chapter there’s a different story, but you get the idea of following the same. For example, in this season’s second episode, Awkwafina does some weird time travel with a magnetic resonance imaging machine. And then we see her dad having a hard time with an acupuncture session. So, for season 3, we might expect even more crazy shenanigans of foul-mouthed, bodily function-related jokes with the omnipresent intoxication of cannabis flowers motivating Awkwafina to do unrealistic things all over the place.

Awkwafina Is Nora From Queens will release sometime in late 2022 if it’s renewed. And that’s a big if because we have to consider a few things here. Firstly, the second season debuted on August 2021 and concluded in October 2021 after a 17-month delay for its renewal. Secondly, Comedy Central hasn’t approved the renewal for this show yet. But as soon as they do, rest assured that we will post an update here for you. With this, we conclude our coverage of this topic here at Otakukart. Thanks for reading our article, and please keep coming back for more daily updates on all your favorite movies, shows, and series.

Also Read: Awkwafina Boyfriend: Who is She Dating in 2021? All about her professional and Love life!