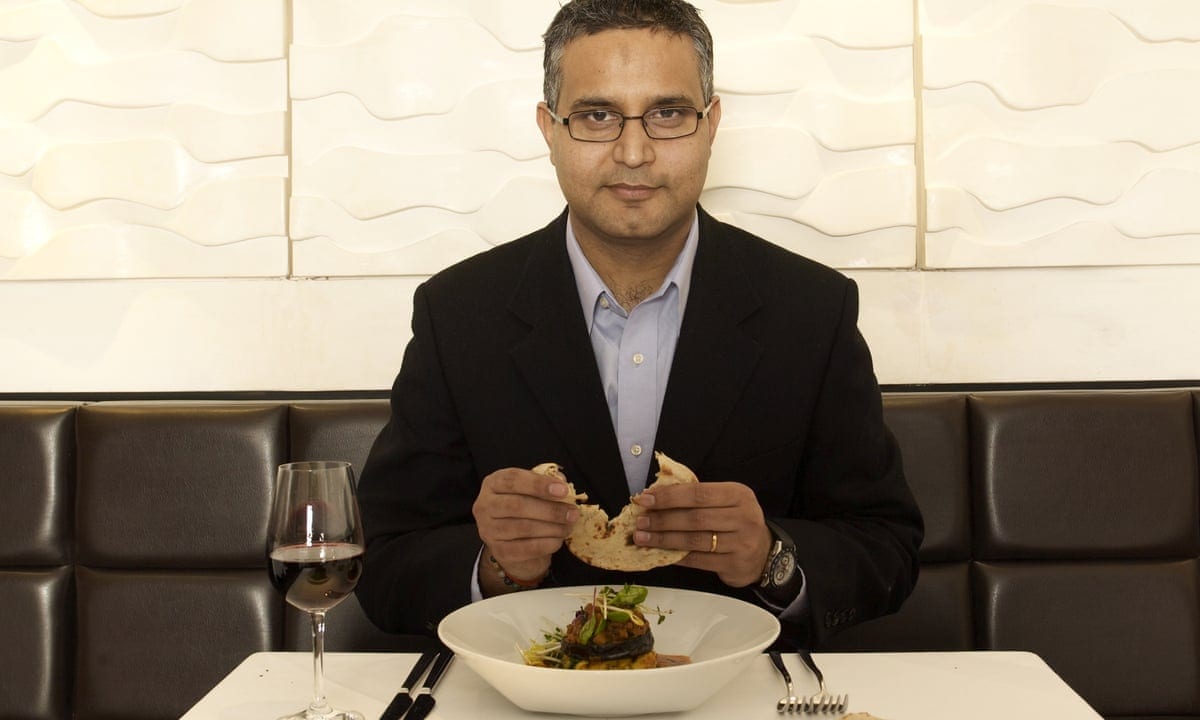 One of the first two Indian chefs to win the Michelin star, Atul Kochhar is an Indian-born British Chef, Restauranter, and TV celebrity. He is best known for changing people’s perspectives on Indian cuisine. He has opened many award-winning restaurants in London, such as Sindhu and Hawkyns. His love for Indian traditional and contemporary cooking has led him to be a well-known TV personality. Because of his appearance on many TV shows like BBC2’s Million Pound Menu, Saturday Morning with James Martin, Great British Menu, Masterchef Goes Large, Saturday Kitchen, etc. He has written many cookbooks which received good reception. Some of these cookbooks are 30 Minute Curries, Simple Indian, Curries of the World, etc. So, let’s take a look at the net worth of Atul Kochhar.

Born in Jamshedpur in the Jharkhand state of India, he began his career as a chef in the most renowned Oberoi Group of Hotels in India from 1989 to 1994. He obtained his diploma in Hotel Management from the Institute of Hotel Management, Chennai. He worked as a Sous Chef at first and then moved to Bernard Kunig’s famous restaurant. At the age of 31, he became the first Indian chef to have received a Michelin star. He loves cricket and enjoys hiking and mountaineering. He supports sustainable fishing strongly and uses only responsibly sourced fish. 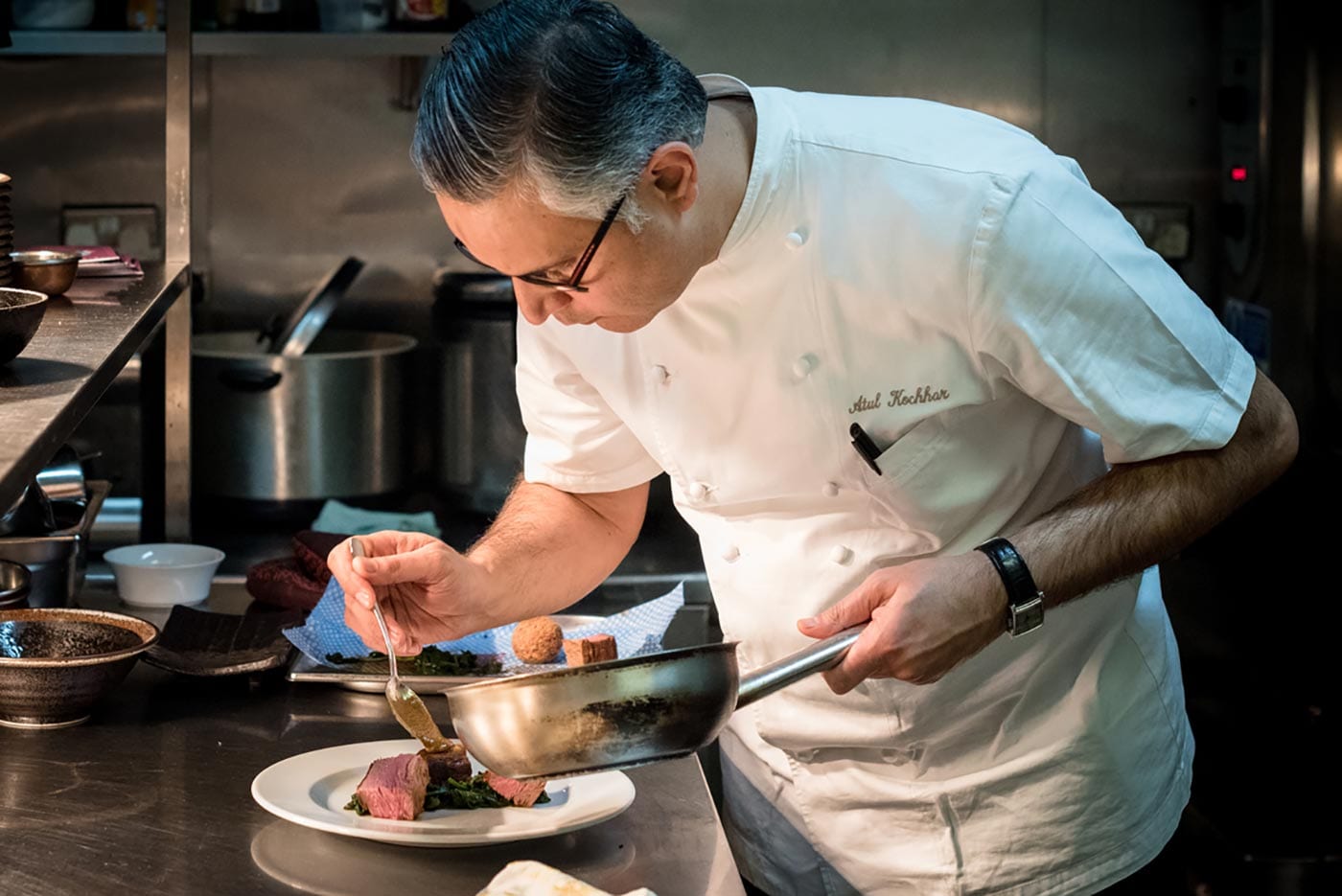 Atul Kochhar was working at Benares Restaurant in London until 2018. In 2018 he was fired from there because of controversy against Priyanka Chopra, the actress, in which Atul was guilty of sending a series of Islamophobic tweets. His contract at a Hotel in Dubai, known as “JW Marriot Marquis,” was also terminated because of the same reason. He opened his restaurant, Kanishka, in Maddox Street, London, in the year 2019. The Restaurant has dishes from the 7 Sister States of India: the North Eastern States of India. The restaurant has two floors with enough space for 120 people, an outside terrace, and a garden room. 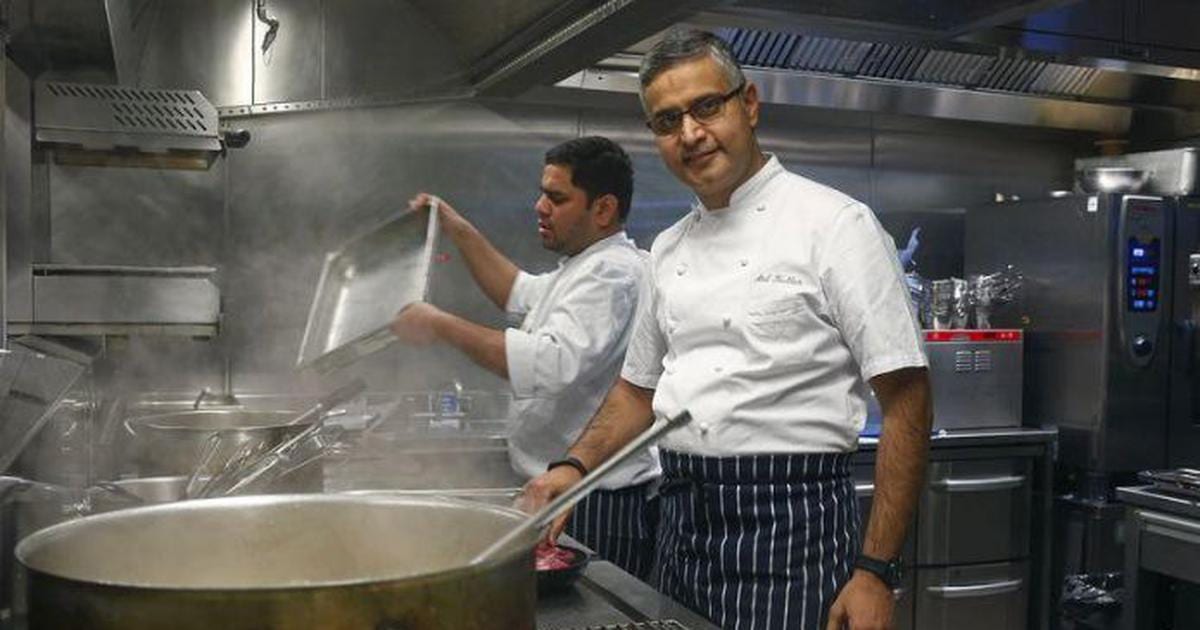 Other than Kanishka, he has Sindhu at The Compleat Angler, Marlow, and Hawkyns at The Crown Inn in Amersham. He also has a restaurant in Petts Wood by the name of Indian Essence.

Atul is also involved with many charities like Save the Children and Great Ormond Street hospital of Barnardo. Atul also supports a small charity that helps rural and poor areas by developing self-sufficient and independent programs. The name of the charity is Find Your Feet.

Kochhar has also appeared in many TV series, the most recent one being Million Pound Menu of BBC2, wherein he invested in new dining concepts. Atul Kochhar also had a series on Curry on B4U Channel, and he even had a series on Malaysia called Kochhar’s Spice Kitchen. He appeared on the Season 2 of Master Chef Goes Large and created a menu for The Queen’s 80th Birthday in the Great British Menu of BBC2. Additionally, he was also in series 1 to 3 of Saturday Kitchen and Market Kitchen. 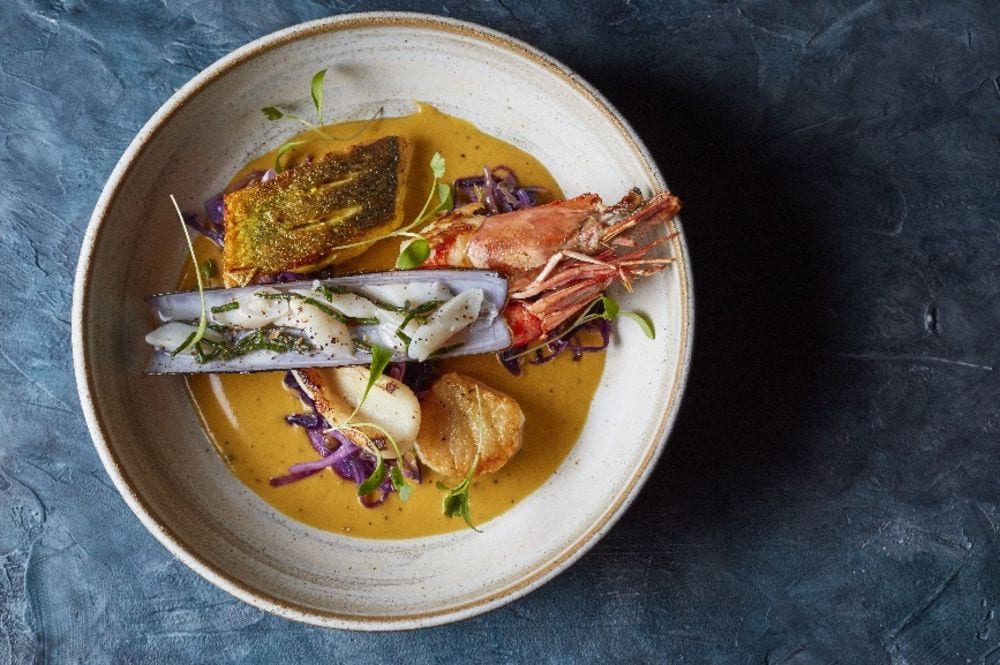 Atul Kochhar had pointed a tweet about the US TV series Quantico, in which Priyanka Chopra is present. It was with respect to an episode wherein Hindu nationalists had a terrorist plot to accomplish. It provoked many Indians. Kochhar was one of them, and he tweeted: “It’s sad to see that you have not respected the sentiments of Hindus who have been terrorized by Islam over 2000 years. Shame on You.”

Although he seriously apologized for the tweet, claiming there is no justification for the same and acknowledging the fact that Islam was founded 1400 years ago. It didn’t stop the outraged people from boycotting all his restaurants – especially the ones in Dubai. This led to his termination of the contract with the JW Marriot Marquess Hotel. 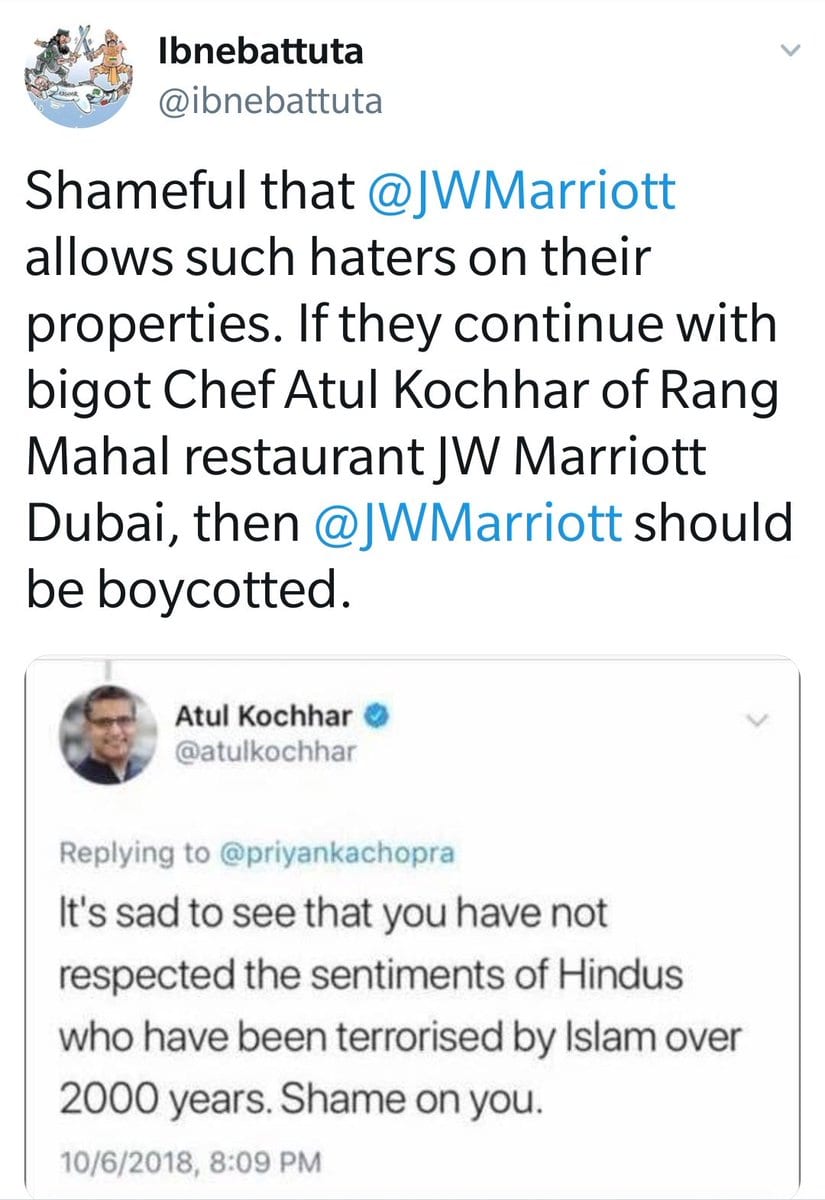 He even acknowledged this and claimed that he understood why the Hotel staff did what they did and that he bears them no ill-will for the same at all. He again apologized for his statement, which hurt the sentiments of millions. Quantico defended Priyanka, claiming she had no power over the storyline, nor had she written it.

What is the Net Worth of Atul Kochhar?

Atul Kochhar has an estimated net worth of around 4 million US Dollars. He has received many awards and prizes, and titles. The Michelin Star Chef even received an Honourary Doctorate from the University of Southampton for his excellent work in the culinary industry. He has more than ten restaurants worldwide and frequently appears on TV shows. 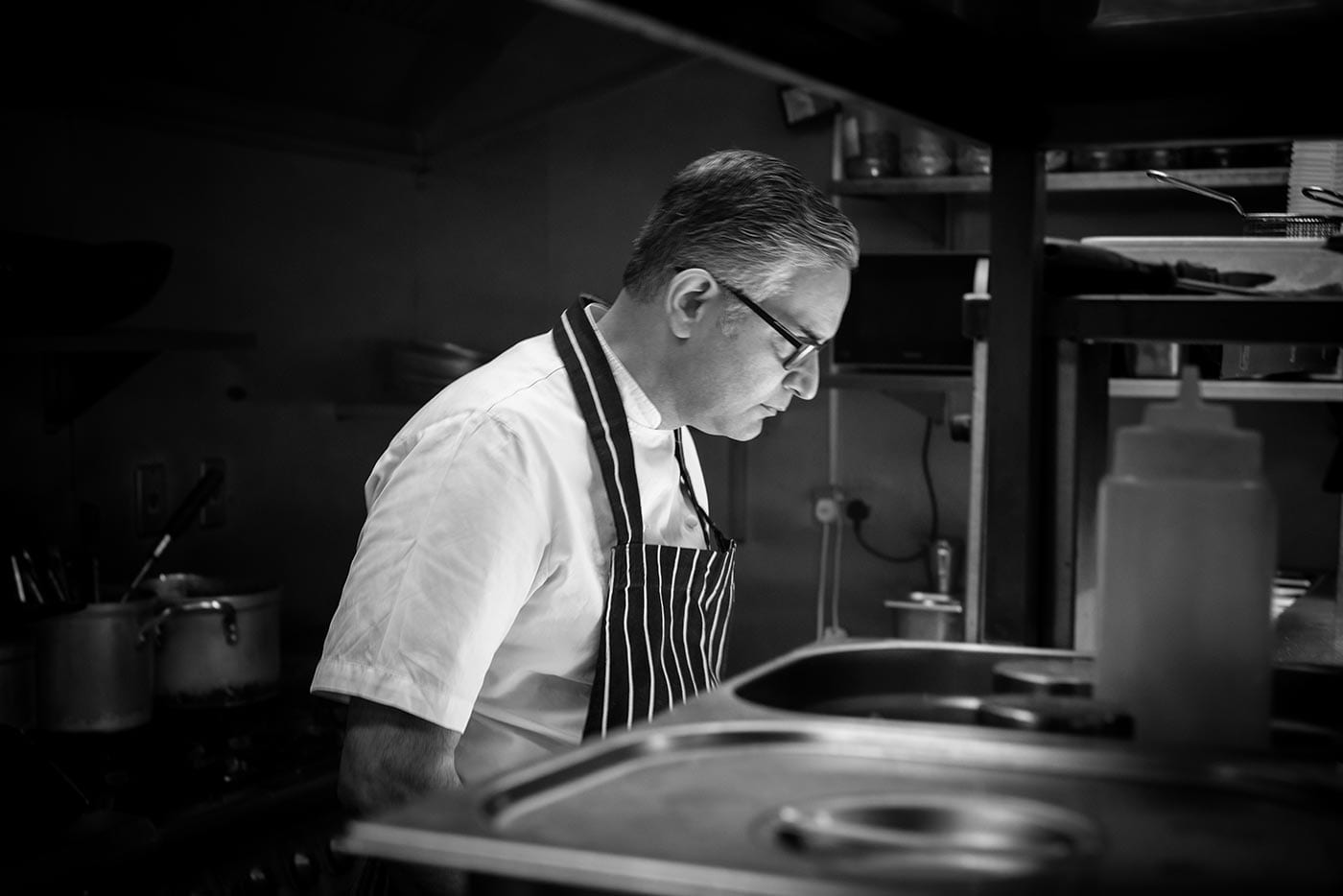