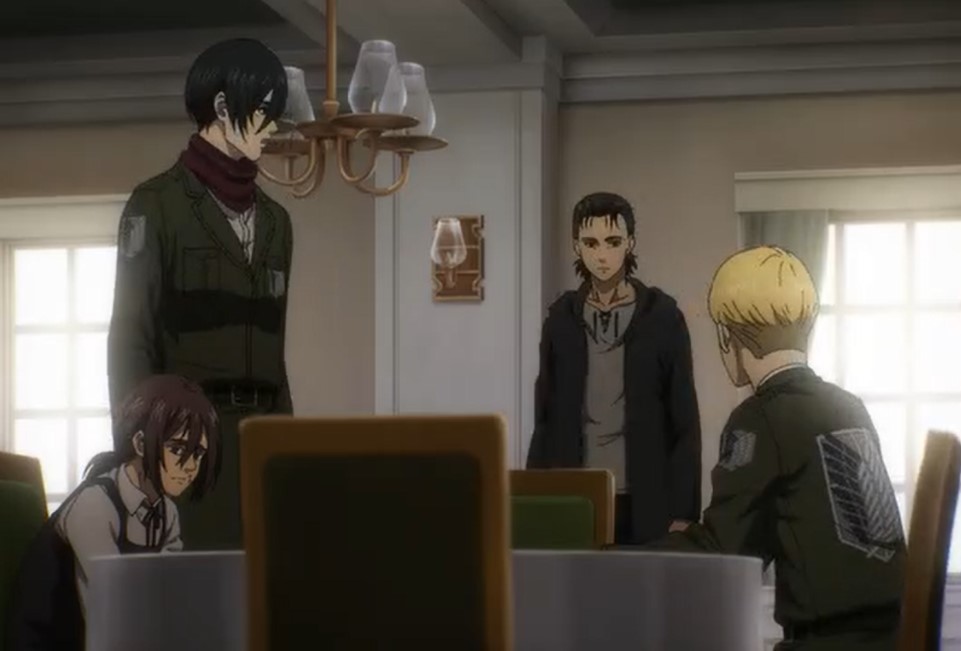 Gabi asks why Mikasa and the others have protected her since she has killed one of their best friends. Gabi reveals that she is the one who killed that jailer, and Falco has done nothing wrong. She asks them to let Falco go. They told Gabi that they wouldn’t kill her. Eren arrives with a cut on his hand, and it makes Gabi tremble. Attack on Titan Season 4 will be arriving at the final episode next week. Eren told them not to worry about Hange and the others.

Eren reveals that they don’t need to fight to solve Eldia’s problems. He reveals that they are moving Hange and the other somewhere else. Armin told Eren that she and her people want to talk with him. She asks Eren why he decided to attack Marley on his own. She also asks if he is under the influence of Zeke and Yelena or if they convince him to join them. Eren replies that he is a free man who is acting on his free will.

Attack on Titan Season 4 Episode 15 date will release on Monday, 22 March 2021, at 12:10 JST on  Crunchyroll, AnimeLab, and Netflix. Check the previous episode, a preview, and latest development below.

Armin asks Eren what he did when he met with Yelena if he had free will. Eren replies, yes, but he seems to be hiding something. Mikasa comments that Eren is hiding something of being manipulated. She realizes that Eren will never get innocents or children involved, even those from an enemy nation.

Mikasa asks him if he cares about them more than anything else. Eren bowed his head without answering Mikasa. Miksa reminded Eren when he saved her from that cabin in the mountains. She also told him about the scarf that he wrapped around her as a symbol of his kindness. Eren told Mikasa to sit down and put her hands on the table. 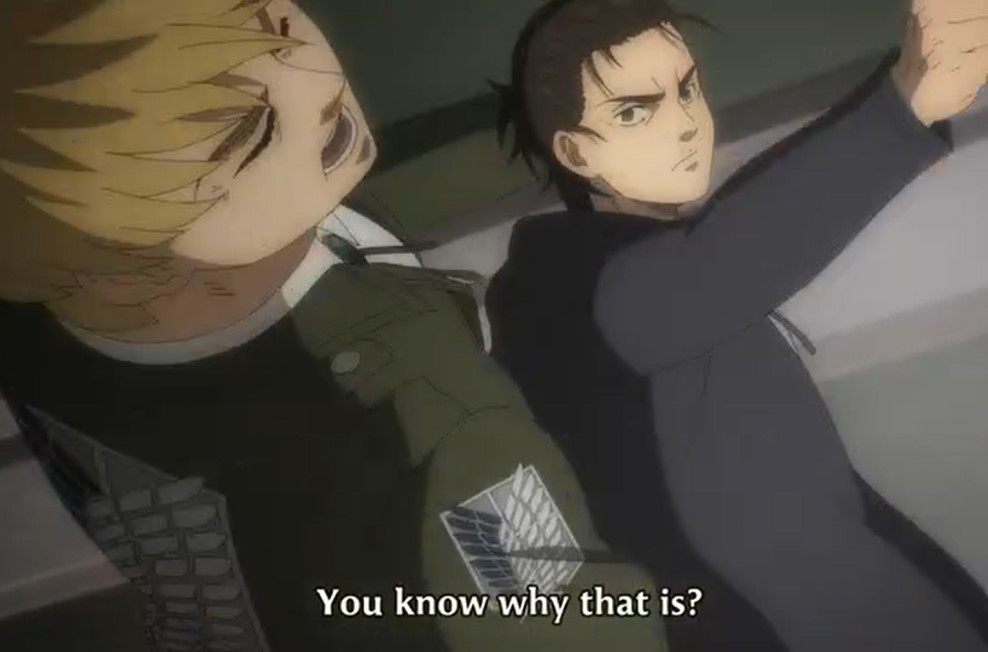 He reveals that when he was in Liberio, he spoke with Zeke. It was just the having brothers talks. Zeke knows even more about the Titans than Marley does. Eren asks Armin if she is still doing to see Annie. Also, if she sees Annie in her own free will and if memories make who they are, then part of them have turned into Bertolt. Armin is speechless. Eren mentions an enemy soldier who is in love with one of their enemies.

Eren told Armin that Bertolt has taken over her brain. The enemy is manipulating her. Mikasa wanted to interfere, and Erens said it is the same for Mikasa. He reveals that the Ackerman family was formed to protect the king of Eldia. He reminds Mikasa about that day she obeyed his orders in a life-0r-death situation. After that, Mikasa’s instincts were awakened. Her hallucinations made her think that she has to protect him.

Mikasa replies that Eren is wrong since it wasn’t by chance when they met and when they stayed together. She told Eren that she became stronger because of him. Eren comments that when Ackerman’s powers awaken, they supposedly experience sudden headaches. It is a product of the original identity resisting the compulsion to protect the host. Eren reveals that Mikasa is a family that has lost its original identity and now exists only to follow orders. 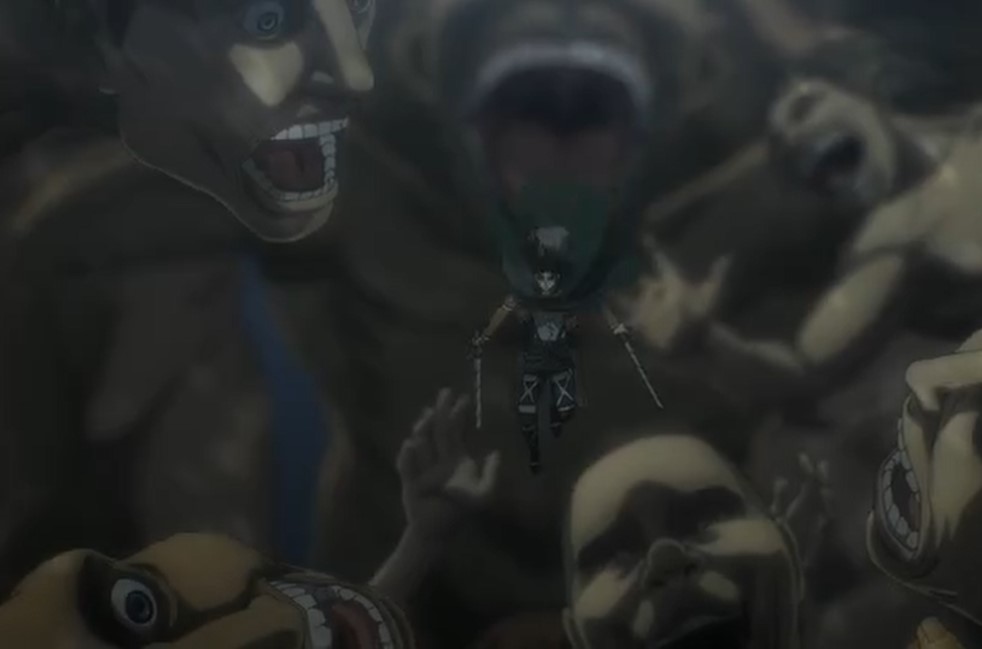 He told her that she is a slave, and Armin told Eren to stop it. Eren reveals that he hates people who are not free in this world. He says he can’t stand looking at a slave who is just faithfully obeyed orders without question. Eren reveals that he hated Mikasa ever since they were kids. Armin gets angry and attacks Eren, but Mikasa pins her with the table. Eren comments that Mikasa has been strung along by the whims of her Ackerman blood all her life.

Armin is surprised that Mikasa is restraining her from attacking Eren. Mikasa shed tears and let go of Armin. Armin landed a powerful blow on Eren’s face. Eren gets up before she showers him with punches. He smashes Armin with the wall, and the soldiers arrive at the scene. Eren told them that it is nothing, and he reminds her that he never fought with her despite knowing each other. Armin tries to fight back, and he asks her why they never fought.

Eren started to shower Armir with blows and said they never fight because they won’t have a fair fight. Amir collapses, and Mikasa helps her to get up. Eren told her that all she needs is to tell him where Zeke is. The war will end if she cooperates, and he told the soldiers to take them away.

He said they could also take the kid who killed Sasha. Armin asks Eren if it is what he calls free for giving Mikasa pain. She told him that he is the one who is the real slave. He told them that they are going to Shiganshina District, where it all began. In the forest, the Edians are attacked by Titans, and Zeke is leading an army of Titans. Levi clashed with Zeke in his Titan form and defeated him. He decided not to kill Zeke now.

In this article:Attack on Titan Season 4