Attack on Titan Characters Birthdays and Their Zodiac Signs 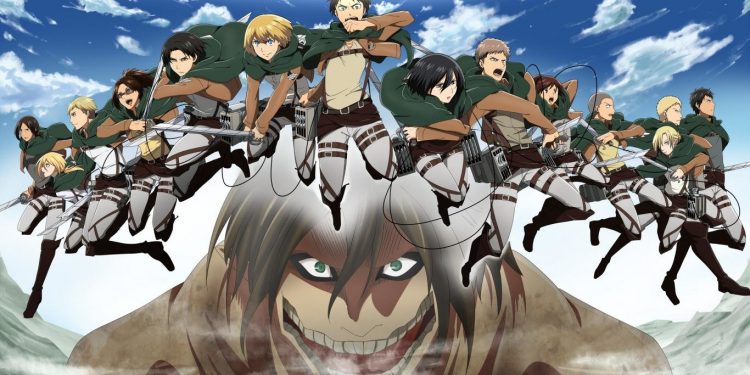 Attack on Titan, also known as Shingeki no Kyojin, the Japanese manga series, is written and illustrated by Hajime Isayama. The writer is known for its cruelty, brutal enough to kill the protagonist of the series. Oops! Did I spill the tea? Attack on Titan is one of those dark fantasy series that gives a bittersweet experience to the viewers. Below is the list of the birthdays of the major characters of Attack on titans, based on their likeability and screen time in the anime. Enough with the further intro, let’s jump to the main topic, birthdays, and zodiac signs of the characters of Shingeki no Kyojin.

Let’s begin with the protagonist of the series. The character can be viewed as the protagonist and, at the same time, as the biggest antagonist of the whole series. At the beginning of the series, Eren starts as a protagonist of the series. A 15-year-old boy who lives in a fictional world that is been infected by huge man-eating titans. According to Eren, the last trace of humanity is left inside of the three huge walls that are standing as a barrier between humans and Titans. From his very childhood, Eren was a very cheerful boy that enjoys his life to the fullest. His dream is to become a soldier in Survey Corps so that he can go outside the walls and kill the titans and also explore the world outside the walls.

Eren can be referred to as the strongest character of Attack on Titan. Throughout the series, he was the character who had the most drastic character development. Eren becomes the one and the only character who has the powers of three titans in one body. He can shift into an Attack titan and can use the power of a War hammer titan and the founding Titan only when being in contact with a royal blooded person. Unfortunately, after he turned his image and become the biggest threat to humanity, he was killed by his comrades to protect the world.

One of the sweetest yet fierce characters of Attack on Titan. Mikasa can also be referred to as the ‘she protagonist’ of the series. From her very childhood, she is deeply in love with Eren. The time Eren saved her life from a gang of thugs, Mikasa developed a crush on him and then swore to be by his side for the rest of her life. She made her aim to protect Eren at any cost from any danger that can land on him being the soldier of the Survey Corps. Mikasa is a very pretty young girl with black hair that reached below her chin. Mikasa belongs to the Ackerman Clan, an Eldian family that lives within the walls and plays the role of the protector of King.

Mikasa has some great combat skills and is the strongest female character of Attack on Titan. Mikasa alone defeated the huge Female Titan and rescued Eren. Even after protecting Eren for her whole life, she was left heartbroken when Eren said harsh words to her. In the end, she had to end Eren’s life to protect the world from getting destroyed.

Armin is the third main character of the series. Armin, along with Eren and Mikasa, are the trio of best childhood friends. They lived together in Shiganshina, and after the Wall Maria was destroyed, they migrated into Wall Rose. They all were orphaned after the Armoured Titan, and Colossal Titan Attacked the Wall. Armin is the smarty pants of the group, he knows almost everything inside and outside the walls. Later in the series, In Shiganshina Arc, he became the Colossal Titan shifter after consuming Bertholdt. He can be referred to as one of the most smartest and intelligent characters of the whole series. Although he is the weakest when it comes to combat, he has a high level of analytic skills, along with some good decision-making ability.

No, he is not the brother of Mikasa Ackerman but can be called a clanmate or a blood relative of Mikasa. They both are members of the Ackerman Clan, and their instinct work as the protector of Royal Bloodline. Levi is the strongest fighter character of the whole series. Even not being a titan shifter, he has some great skills in hand-to-hand combat and sword fighting. Levi is the squad captain of the Survey Corps. Due to his extraordinary performance as a soldier in Survey Corps, he was titled as ‘humanity’s strongest soldier. Even though being older than the protagonist, he is a short-statured yet well-built and handsome man. Levi doesn’t like to talk much, gives the cold shoulder to his comrades, yet swore to protect them at any cost.

Levi showed his most fierce side when he ran errands to kill Zeke Yeager, keeping him responsible for the death of Erwin Smith. The short-statured man brought the 15m tall Beast Titan to his keens, begging for his life to Captian Levi.

You have been introduced to this character in the line above. Hange Zoe is the 14th Commander of Scout Regiment after the death of Erwin Smith. You can take Hange as a titan research freak who is overly obsessed to know more about titans. She captured two pure titans to study them and named them Sawney and Bean. She even showed some affection towards them and took care of them, spending her days and nights. The time Sawney and Bean were killed by and mysterious intruder, Hange became so restless and almost acted as a maniac to mourn for their death. Other than this weird interest of her, she was quite smart and intelligent with a brain of a genius.

Hange successfully managed to come in good books of the audience and became one of the most loved characters of the series. Unfortunately, this amazing character didn’t make it to the end of the series as she became of the victims of rumbling caused by Eren. She died while fighting for humanity.

Erwin Smith, the 13th Commander of Scout Regiment. Erwin was a very able commander, able enough to decide and execute anything on his own. Being a commander, Erwin deeply cared for his men and also those soldiers who have sacrificed their lives fighting to protect humanity. The character has blue eyes and golden blonde hair. He was a tall and well-built man. Like any other serious character, Erwin didn’t like to talk much and was a man of few words. Unfortunately, we were one of those main characters who died in between the series. While fighting to recapture the wall Maria, was uncertain about his future and announced Hange Zoe as the 14th Commander of Scout Regiment. Later, he died in the battle while fighting to restore humanity.

The culprit behind the destruction of Wall Maria – Reiner Braun, Armoured Titan Shifter. Reiner originally belonged to Marley, but at the beginning of the series, we witness him disguised as a fellow paradise resident. He was sent as a warrior by Marleyans to get back the founding Titan that is there inside the walls. He was delusional about being a savior of the world from the people of Paradise Island, as they were imaged as the man-eating monsters. Reiner was trained to inherit the Armoured Titan and become one of the warriors of Marley. Later, he was defeated by Eren in one on one Titan Fight but was able to flee to Marley due to the interference of Zeke Yeager.

Later, by the end of the series, when he realizes that his end is near and the world is going to get destroyed due to his deeds, he realized his fault and realizes that he was being a pure criminal, responsible for the death of many people inside the walls.

ALSO READ: When Did The Attack On Titan Manga End? Anime Synopsis and Streaming Details!

Prince William’s Affair: How True is The Rumor?