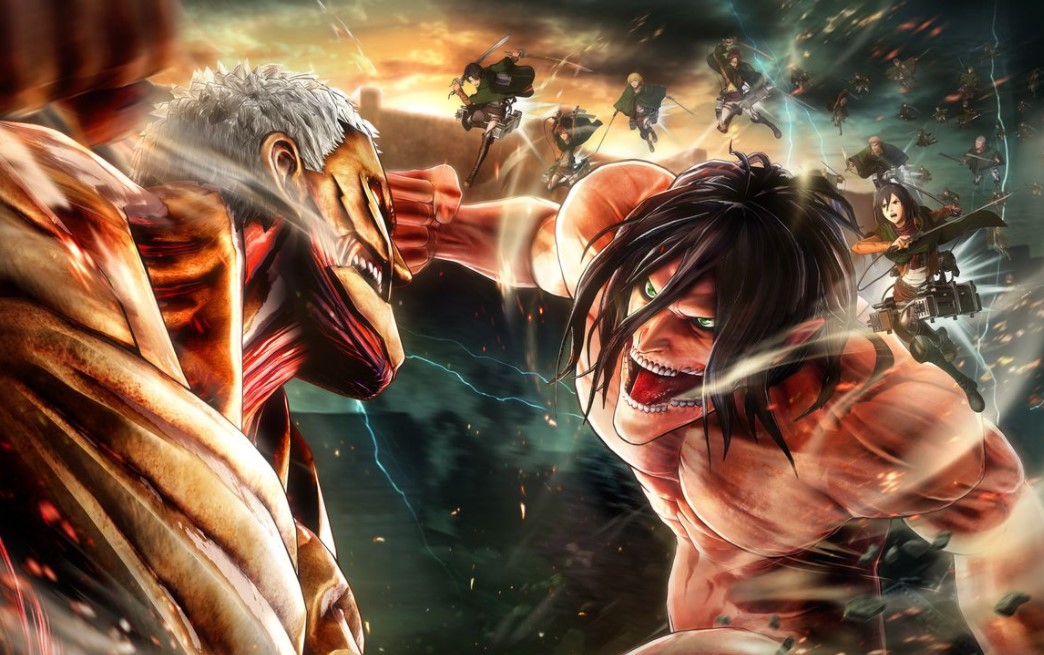 The Titans are attacking the village, and the villagers are panicking, worrying about their newborn babies. They are trying to escape for their lives and find that the bone was tearing them apart. Suddenly, the rumbling stopped, and the soldiers are wondering if Eren is dead. Ackerman realizes that the power of Ackerman causes him to get headaches often. Today we will be looking at Attack on Titan titled ” A Long Dream.”

Ackerman thinks that he is just like a slave with no free will, and he has always hated the ones who destroyed his island. The battle continues with a Female Titan trying to protect the citizens. The tear marks started to appear on Falco’s face, but they are glad that the rumbling has been stoped. There are many casualties. Karina arrives, and she is asked who brought her here. Karina replies that Mr. Leon Hart is the one who leads them here.

Attack on Titan Chapter 139 will release on Friday, 9th April 2021. We are about to move to the chapter’s highlight and latest development below. We will bring the updates of the spoilers as soon as we get them.

Gabi told Karina that Reiner is still fighting ad Karina replies that she has seen him. They are both at the top of the hill, wondering where Reiner is. They saw a shinny centipede. Suddenly Reiner is spotted fighting with another Titan, and they are happy that he is not injured. Gabi is worried that the centipede is still alive even after the explosion. Reiner comments that it is too dangerous to leave it alive.

Eren is also battling with Reiner, and they realize that Eren won’t go down easily. Gabi shouts that Eren must be kept away from that shiny thing. She thinks that the rumbling might start again. Falco notices that the centipede is the one causing chaos. He suggests that they must kill the centipede before anything happens. The injured soldier is wondering how they can kill it since it will always survive the explosion. 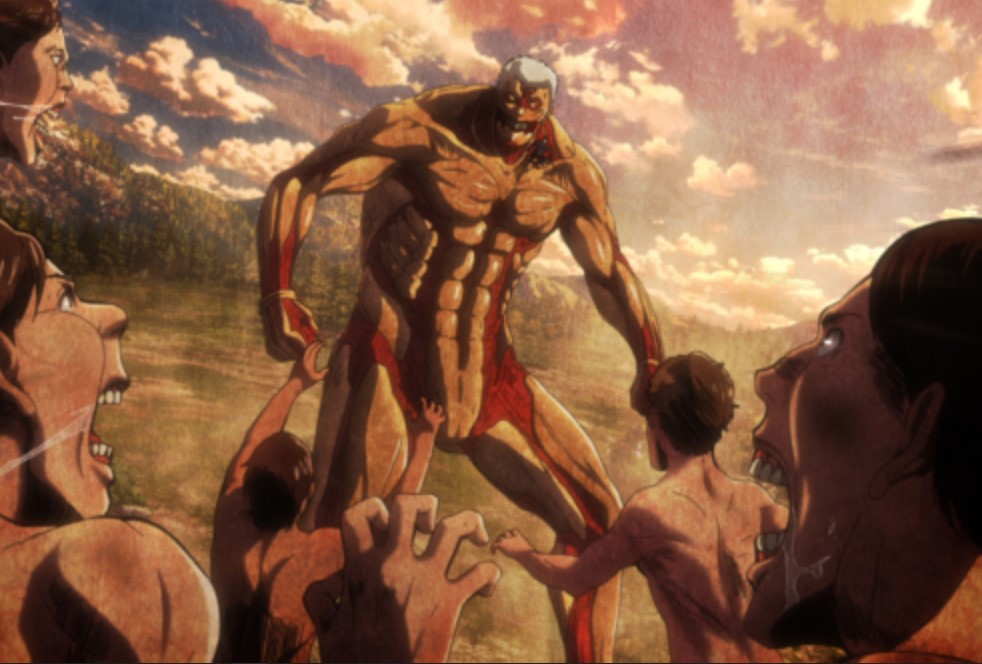 Ackerman comments that the chaos will not be over until the threat is dead. The families are reuniting with their loved ones shedding tears. They want the battle to end before they suffer more death. Reiner is wondering if everything has to end by killing each other. The centipede continues to attack him, and he has s few arrows sticking on his back. The villagers and soldiers are helping each other to get to safety.

They help each other with a cannon after noticing that a Titan is coming. The soldiers realize that they have been making mistakes. They decided to work with each other to take down the enemies. Suddenly a smoke started to cover around them, and Annie was heading towards the soldiers. Eren notice the smoke and wonder what is happening. Gabi and the other noticed it and said it is coming from that shiny thing.

They wonder if it is dead, and Falco comments that it doesn’t smell like a dead Titan. Falco realizes that this happened at Ragako village. Ackerman told Mikas and Falco to get out of here. Mikasa asks what is happening, and he told her to hurry up now. They saw something coming towards them and think that it is the end for them. After the smoke vanishes, the Titans started to appear in numbers. 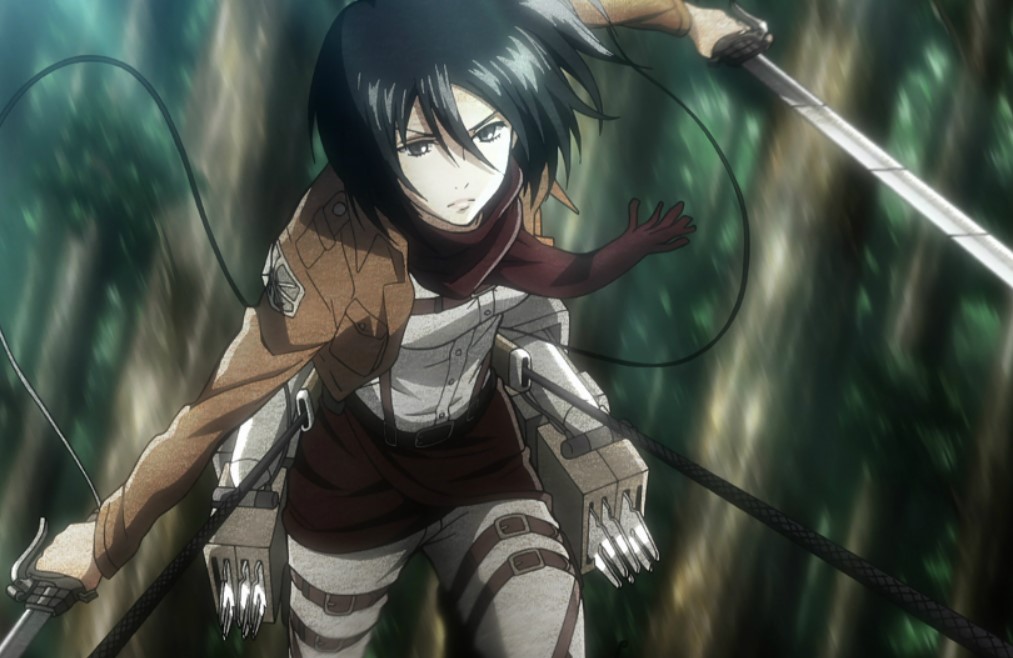 They started to kill humans, and Reiner cant’ believe that it is happening. Anie met with her father, and she is trying to protect him. The captain is also attacked, and the soldiers are trying to save him. Eren notice that the centipede has summoned an army of Titans. He blocked their way and said no one is going to pass through him. The Titans and Soldiers started to change blows. The female Titan is clashing with the centipede and the summoned army.

Eren is attacking Reiner. The two are exchanging powerful blows, and Ackerman told Mikasa that they are the only ones who can stop Eren. Mikasa has lost the will to fight; she wants to go back to her village. Mikasa had a flashback before the battle started and how Eren was treating her. Eren used to take good care of her and always treat her when she is sick, or she is feeling cold.

That day Eren told her that it had been two months since the war against Marley ended. He told her that they must keep on running or they will die. Armin is still causing after them. Eren told Mikasa to forget about him and leave freely with no burden. In the present, Eren landed a right hook that smashes Reiner’s face.

Mikasa comments that she can’t, and she gets ready to fight. Ackerman asks others to help him kill Eren. They both allied with Reiner, and Mikasa manages to get inside Eren’s Titan. She looked at real Eren’s body and told him that she would see him soon. She realizes that being with Eren through her life was a long dream.

Where To Read Attack On Titan Manga?

You can read Attack On Titan Manga on the publisher’s very own website. Yes, Attack on Titan is published by Kodansha, a very famous and influential publisher in Japan. You can go onto Kodansha’s website and sign up to start reading the AoT manga with the prices mentioned therein as well. Since it’s a major publisher from the industry, you can also find a bunch of other titles in there too. This is the ultimate legitimate source and perfects if you want to read while supporting the creators.

As of writing this post, we are nearly two weeks away from Attack On Titan Chapter 139. Spoilers for the upcoming chapter will be coming out around 5 April, 2021, and we will be updating it right here.

You can read the full spoilers here: Attack On Titan Chapter 139 Spoilers