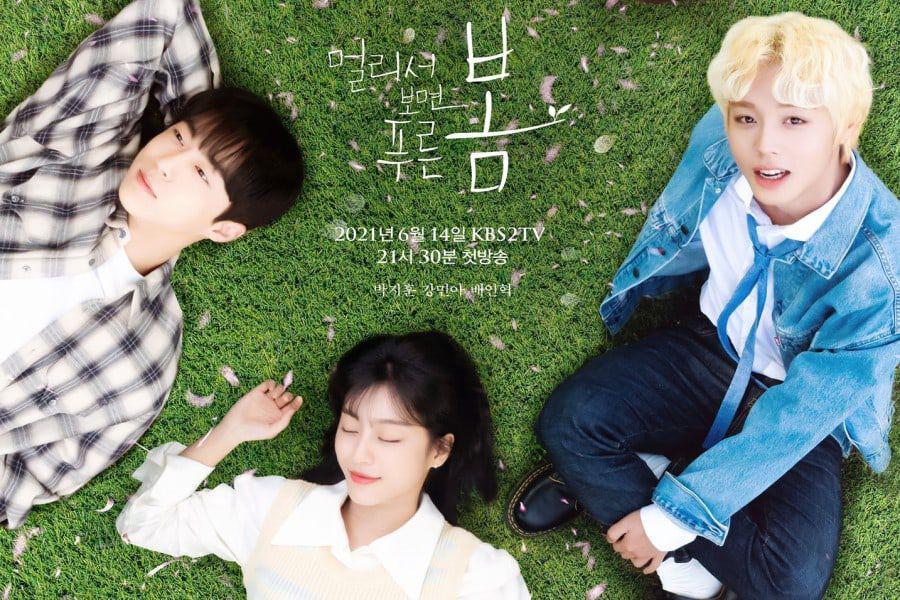 Promotional Poster for At a Distance, Spring Is Green (credit: KBS2)

At a Distance, Spring Is Green revolves around the life of three university-going students. University lives are the best years of one, and they are also known as the springtime. However, isolation and insecurity revolve around the three students during their best times. Furthermore, the show also tries to give the message that spring looks good only when looked at from afar. However, when one tries to get closer one will see all the problems and troubles. The show found inspiration from Ji Nyoong’s Meolriseo Bomyun Pooreun Bom webtoon. At a Distance, Spring Is Green episode 4 release date and preview is awaited since the release of episode 3 a few hours back.

The three leading characters come together while working together in a group project. Yeo Joon and Nam Soo Hyun are two characters with contrasting personalities. However, loneliness is surrounding both of them. Furthermore, everyone befriends Yee Joon as he has the looks and the money. But, he took likeliness for Soo Hyun because he does not try to get closer to him. Moreover, Soo Hyun is the only one who directly answers him. It is like Soo Hyun sees Ye Joon’s fake smile for hiding his true face. Kim So Bin gets in the midst of them. Ye Joon takes an interest in her romantically.

At a Distance, Spring Is Green: The Story So Far

At a Distance, Spring Is Green introduces three characters, Yeo Jun, Kim So-Bin, and Nam Soo-Hyun. All the three have their own problems. They go to the same university, Myeongil University, and are in the business department. Kim So-Bin is in her third year, and Yeo Jun is a first-year student. They meet each other in unfortunate circumstances. Yeo Jun is a very rich, popular, and easy to go guy. So-Bin is a very ordinary student that is struggling in her studies. Nam Soo Hyun is a cold and hardworking guy. Yeo Jun gets along with all the students and seniors. However, he and Soo-Hyun do not get along at first. All the three begin to form a bond slowly after getting to know slowly. 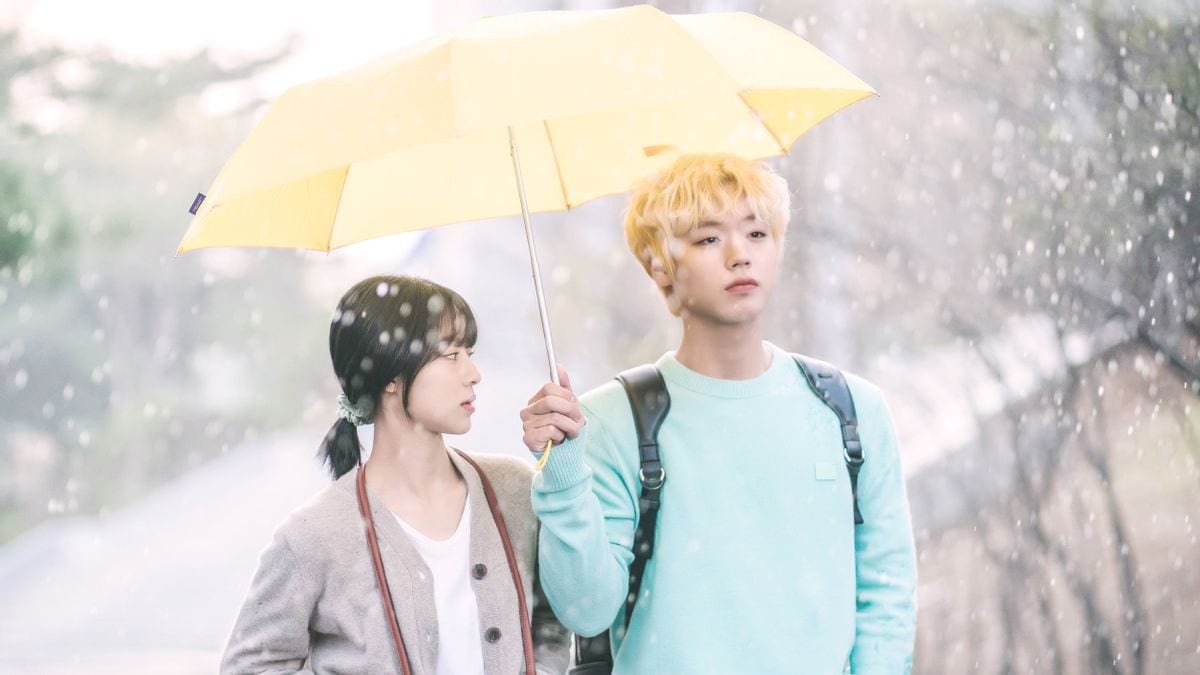 A glimpse into one of the Scene from At a Distance, Spring Is Green wherein Ye Joon and Kim So Bin are together (credit: KBS2)

At a Distance, Spring Is Green Episode 4 Release Date

At a Distance, Spring Is Green Episode 4 release date is June 22, 2021, at 21:30 KST on KBS2 original network. Hence, the next episode will come only in a few hours. The present week saw the release of episode 3 and episode 4.

At a Distance, Spring Is Green Episode 4: Preview

At a Distance, Spring Is Green episode 4 will be even more interesting now that Kim So-bin and Yeo Jun begin to develop their relationship. Furthermore, Nam Soo-Hyun and Yeo Jun are also becoming closer. The preview features how Yeo Jun asks Soo-Hyun if he can call him again. However, Soo-Hyun being a cold person on the outside, directly turns him down by saying not to call him. The team is also engaged in the development of their group project.

The preview also shows how So-Bin is angry and shouts at Yeo Jun. She says, was it fun for him to watch her cry like an idiot. Soo-Hyun says to Yeo Jun that there are also people in this world who may not like him. However, Yeo Jun replies that he thinks, Soo-Hyun is not one of those people. Han Jeong Ho is angry with Wang Young Ran for something and goes to fight with her. Soo-Hyun is also beside her. However, Young Ran kicks him and injures him. The place of incident is Soo-Hyun’s part-time working departmental store.

It catches the eye of Soo-Hyun. On the other hand, Gong Mi Joo is seen saying to Soo-Hyun for apologizing for his misunderstanding. Yeo Jun says someone for trusting him this once and sees for themselves if he is toying with her or not. Soo Hyun says he does not like getting disappointed after trusting someone. The preview also shows how Soo-Hyun falls while working. On the other hand, Yeo Jun says on the phone about hurting someone, and he wants to know how to go back to the way things were before. Soo Hyun asks him to say his true feelings to her without embellishing.