Who is the stronger Kenway, Connor, or Edward? After fans learned about the family tree of Kenways, the question eventually popped up. We will answer this question from our best knowledge. So scroll down and find out who is more fierce, the grandfather of the grandson. Assassin’s Creed III is an action-adventure game and the fifth main entry in the Assassin’s Creed franchise released in 2012. The game follows two timelines following Haytham and Connor Kenway, where the former is a Templar, and the latter is an Assassin, both fighting for their Orders’ ideal in bringing peace through a different way. The game, at its release, was critically and economically successful.

Who is Edward Kenway?

Edward is a pirate, and an assassin introduced in the Assassin’s Creed IV Black Flag. The character at the start wants nothing more than riches by adventuring around the world. Before he was a pirate, he was a son of normal parents, who were sheep herds. He was once a privateer, but after the War of the Spanish Succession, he became jobless. With his friend Edward Thatch and mentor Benjamin Hornigold, he becomes a pirate and starts an adventure. During the game, he gets in between the war of Templars Order and Assassin Order, which is a turning point of his life.

To earn the riches, he would do anything. This is shown prominently when he gave the Templars’ Grandmaster Laureano de Torres y Ayala, the location of the Assassins orders Caribbean hideout. He then involves himself in searching the observatory, again for the riches. This selfishness and greediness cost him hugely. The greatest turning point in Edward’s life was when slowly, his friends starts to die, and he could not do anything for them. After learning from this and from the advice of his right-hand man, Adewale, he joins the side of assassins. From then on, he starts to prevent Templars’ influence and stop their plan in getting to the observatory. He kills their Grandmaster Laureano de Torres y Ayala.

After that, he would often go on journeys to many places as an enterprise owner for outside appearances, but on the inside, he would go for the Assassins Order’s related works. He is the father of Haytham Kenway and the grandfather of Connor Kenway.

Who is Connor Kenway?

Connor Kenway or Ratonhnhaké:ton is an assassin introduced in the Assassin’s Creed III. He is a member of Kanien’kehá:ka. Kaniehtí:io, the mother of Connor, raised him all by himself. Connor was once assaulted by the friends and fellow Templar members of Haytham Kenway’s, who asked the location of his village. He did not tell them anything, to which they knocks him. When he wakes, he goes back to the village, only to find it burning. His mother Kaniehtí:io dies in the fire. This filled him with a thirst for revenge against the members of Templars.

He leaves his people and goes to Boston to look for Achillies, an Assassin member, to train himself in the Assassin’s way. Initially rejected by Achillies, he is taken in by him, where he starts the Assassin’s Way lesson. He then learns about the state of the American branch of Assassin Order, which is almost perished. Connor rebuilds the American Assassins Order and stops the influence of the Templars from America. He fought in the American Revolution and stopped the Templars from achieving theirs by killing their Grandmasters, Haytham Kenway and Charles Lee. After this continued fighting for the liberty of his brotherhood.

Who Is The Stronger Kenway Edward or Connor in Assassin’s Creed Franchise?

Who is the stronger in the Kenway bloodline grandfather, or grandson? This is one of the questions regarding the Kenways, which to this day is in debates. This blog will try to answer this particular question with which the readers can agree or disagree.

The battle between Connor and Edward highly favors Connor due to several reasons. One of the main reasons is that he is from an era where almost everything has advanced than from Edward’s era. Guns, equipment, techniques, etc evolved and are more advanced than the Edward’s. 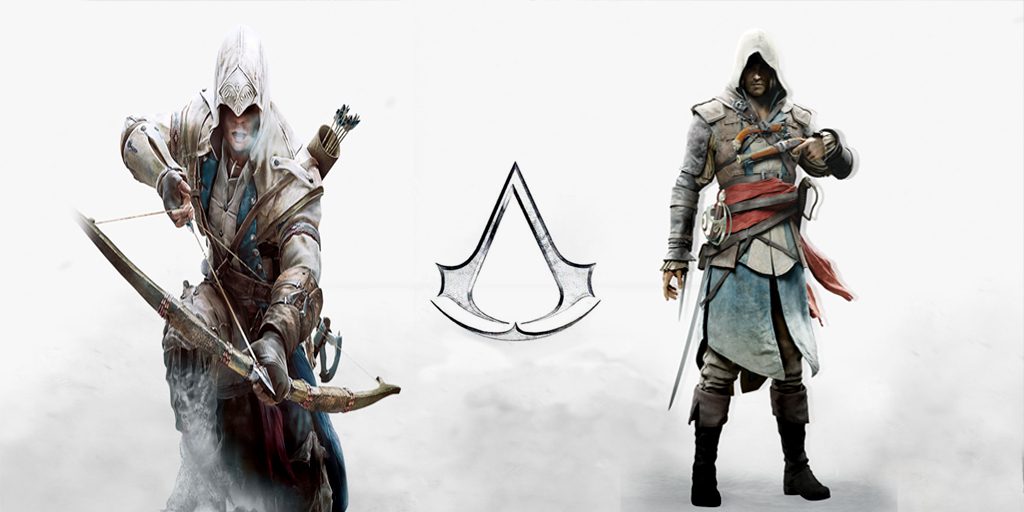 In Regards to Assassin’s ways, Connor also wins this due to him being in it from an early age than Edward. Before he even joined the Assassin’s way, he was from the forests where he learns the way of stealth. He perfected this art during his learning of Assassin’s ways. From the forest, he brought his versatility. He is called the fastest assassin in the franchise.’

In combat, the grandson Kenway has more equipment at his disposal, like guns, an axe, bows & arrows, rope darts, poison darts, mines, etc.

So, in the end, the fight heavily favors Connor Kenway. But it is an opinion. We can say that Connor never fought someone as good as his grandfather and vice versa.