Ashley began her career as a theatre artist in Wichita, Kansas, in 2009. 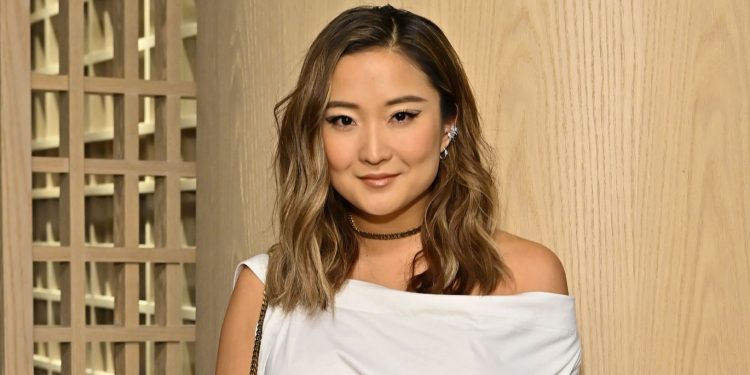 Ashley Park is a well-known Korean American actress. She is most recognized for playing the role of Tuptim in the Broadway version of “The King and I” in the year 2015. On June 6, 1991, Ashley was born in Glendale, California, United States. Ashley is an American citizen of Korean origin. Ashley Jeein Park is her full name. The popular actress is 5 feet and 5 inches tall with a weight of 56 kilograms. Her hair is dark brown in color. Ashley is the eldest daughter of her parents, Andrew Park and Sara Park. She was raised in Ann Arbor, Michigan, along with her younger sister named Audrey Park.

In terms of her educational history, Ashley graduated from Pioneer High School in the year 2009. Ashley then enrolled at the University of Michigan, where she received her BFA in musical theatre from the School of Music and Dance in the year 2013. Who is Ashley Park Dating? We will see for it here. The actress joined the dance classes at the Oceanside Dance Academy at the age of three and started piano classes at the early age of five. She co-founded a women’s a cappella group in high school, which placed second in a national competition in 2009.

Ashley was also cast as Millie Dillmount in the lead role in her high school’s production of Thoroughly Modern Millie. She is also a co-founder of the University of Michigan’s Michigan Performance Outreach Workshop (MPOW). Park has taken part in a number of events, including Broadway Cares/Equity Fights AIDS, Broadway Barea, Covenant House, and others. Ashley was diagnosed with acute myeloid leukemia at the age of 15 and spent eight months in the hospital.

She has not been discovered to be dating anyone at this time. Ashley, unlike many other celebs, hasn’t revealed anything about her love life on social media. Ashley could be secretly dating someone. But because there is no sign that she has a partner, it is reasonable to assume she is single. By delving into Ashley’s Park’s dating history, it is found that previously, Ashley Park was in a relationship with American actor and singer Benjamin Tyler Cook.

Benjamin appeared in the film Mean Girls (2018), where they may have met and started dating. Ashley Park’s ex-boyfriend list also includes Broadway star, Zach Adkins. Zach has appeared in films such as Kinky Boots (2014), Anastasia (2017), Diana (2020), and others. Ashley was also involved in a relationship with Conrad Ricamora, as found by some of the sources.

Also Read: Who is Lucy Fallon Dating? The Actress On Dating App Amidst Breakup Rumours!

What Is Benjamin Tyler Cook?

Ben Cook’s full name is Benjamin Tyler Cook is an actor, singer, and dancer from the United States of America. He became famous after starring in four Broadway shows, including Ragtime, Billy Elliot the Musical (for which he received a Helen Hayes Award nomination), Tuck Everlasting, and Mean Girls. Ben has also featured on television in episodes of 30 Rock, House of Cards, Veep, Law & Order: SVU, and the HBO film Paterno, as well as in two national Broadway tours, Billy Elliot the Musical and Newsies the Musical.

Ben was born in Eden, North Carolina, on December 11, 1997. He grew up in the city of New York and Lorton, Virginia, after being born in Eden, North Carolina. Jill and Glenn Cook are his parents. Ben’s mother works for the American School Counsellor Association as an assistant director. Whereas his father works as a photographer, blogger, and consultant in the publishing industry. Ben spent his middle and high school years at the Professional Performing Arts School in New York City.

Ashley began her career as a theatre artist in Wichita, Kansas, in 2009, when she was starred as Yvonne and an ensemble member in the Musical Theatre Wichita production of Miss Saigon. On February 17, 2014, she made her Broadway debut as a part of the ensemble in Phyllis Lloyd’s Mamma Mia at the Broadhurst Theatre. In the same year, Ashley participated in the first episode of the television series My Dirty Little Secret as Ann Racz.

In 2012, she appeared in Charlene Kaye: Human (as Statue), The V Card (as Jessica), and in the year 2014, Ashley appeared in the Are You Joking? (as Date). She is now appearing in Emily in Paris, a Netflix romantic comedy series in which she plays the role of Mindy Chen. She’s also played the role of Luise in The Fantasticks (2016), as Olivia Cho in Nightcap (2017), as Jennifer ‘Ani’ Winter in Tales of the City (2019), and as Colette Tatou in Ratatouille the Musical in 2021.