Ashley Olsen is a 35-year-old American businesswoman, author, designer, and former actor and producer. Her career in the world of acting began merely after nine months of her birth, wherein she adopted the role of Michelle Tanner in the show Full House, along with her sister, Mary-Kate Olsen. She has starred in many movies after that, such as Passport to Paris, Winning London, Holiday in the Sun, etc. The sisters also starred in When in Rome (2002) and even had cameos in one of the installments of Charlie’s Angels. The last film in which they starred together was New York Minute. The sisters officially declared their retirement from the showbiz business in 2012 so that they could turn their focus on fashion designing.

Together, the sisters have founded many brands: the luxury fashion brand, “The Row,” the lifestyle brand, “Elizabeth and James,” and another inexpensive fashion brand, Olsenboye, and Stylemint. They are also a part of the Council of Fashion Designers of America. 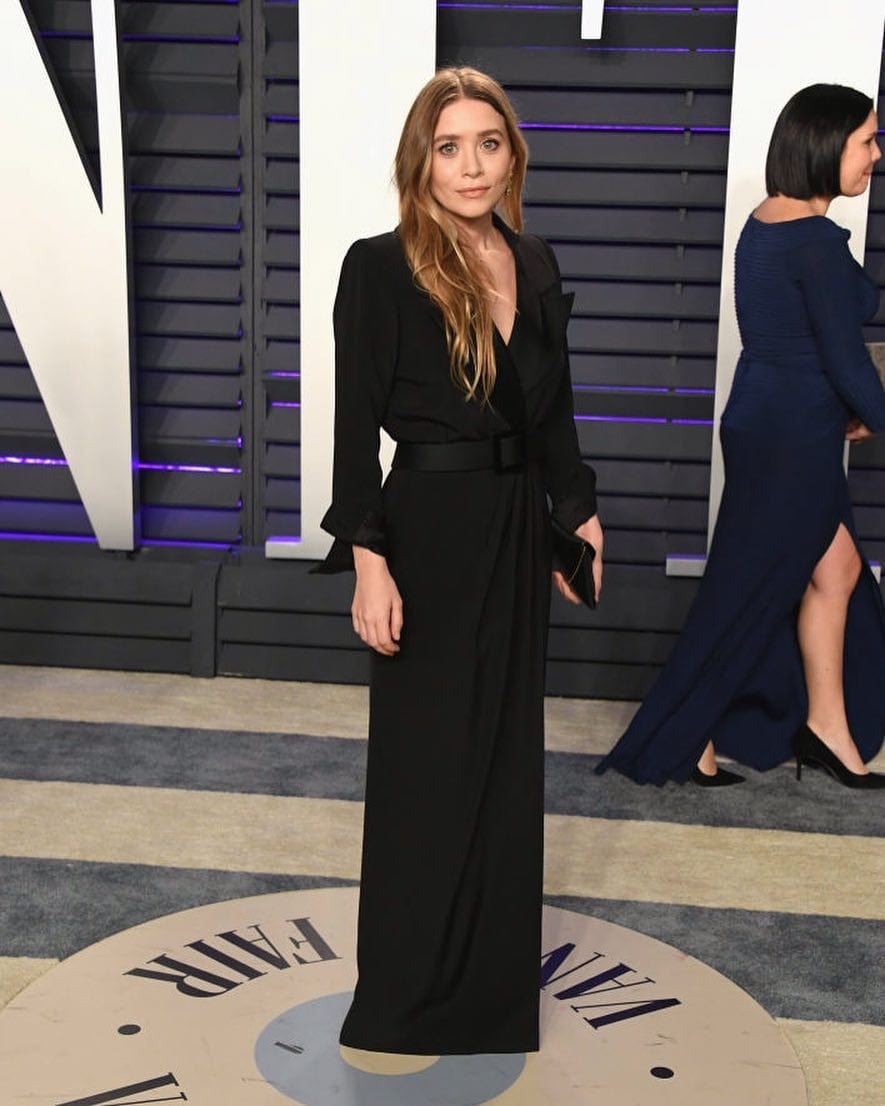 Ashley was born to Dave Olsen and Jarnette Olsen on 13th June 1986. She has an older brother, Trent, an younger sister, Elizabeth, and two younger half-siblings: Taylor and Jake are from Dave’s second marriage. She is of French, Italian, Norwegian, and German ancestry.

After her acting debut at the age of only nine months of age, the Twins garnered attention as actresses quite easily. They starred in multiple films together like To Grandmother’s House We Go, Double, Double, Toil and Trouble, How the West Was Fun, Billboard Dad, etc. In the 1990s, Olsens also built their own entertainment company, “Dualstar,” which proved to be quite successful. In Dualstar, Ashley Olsen and her twin sister starred in many TV movies and direct-to-video movies such as Holiday in the Sun, Passport to Paris, When in Rome, New York Minute, etc. When they reached the age of 18, they had already become household names and very famous. In fact, there were also dolls made in their names. Also, at the age of 18, they were made the co-presidents of Dualstar. In 2007, when they were only 21, they began their career as producers. Ashley Olsen appeared in films like I’m Still Here and The Jerk Theory in 2009 and 2010, respectively. However, in 2011, both of them retired as they wanted to pursue their fashion dreams instead of acting. Ashley and Mary-Kate in their last film together. (Image Credits: Supplied)

On To Their Fashion Careers:

The sisters are known for their “signature homeless look,” which was even noted by the New York Times. Their style is known in terms of the fashion world as “ashcan” or “bohemian-bourgeoise.” It means that they were oversized sweaters, long and flowing skirts, boots, and huge sunglasses. The Twins were deemed the ‘Faces’ of an upscale fashion line in 2006 for Badgley Mischka. The Olsens had also, in 2004, made international news when they allowed full maternity leave to all the workers that sew their lines of wearables. They were praised for this by the National Labour Committee. In 2008, the twins authored a book, Influence. Mary-Kate and Ashley Olsen won the Innovator of the Year Award in 2012, awarded to them by the WSJ Magazine.

Ashley Olsen was made the center of a drug scandal in 2005, of which she was actually not a part, and for the same, she filed a lawsuit against the publishing magazine, National Enquirer, worth rupees 40 million USD. The magazine later apologized. Ashley has been dating Louis Eisner, an artist, since October 2017. Mary-Kate and Ashley Olsen earned 2400 USD for each episode they appeared as Michelle Turner in Full House. By the end of the series, the amount was 80,000 USD. Dualstar Entertainment, of which they were soon to be Presidents, apparently earned 1 billion US Dollars annually in merchandise sales in the 2000s.  Their fashion brand, Row, which has its own shop at Saks, 5th Avenue, sells pieces for thousands of dollars. Row alone earns between a hundred to two-hundred million USD per year. James and Elizabeth, their other adventure, earn around 89 million USD per year. Forbes had ranked them as the 11th richest women in the world of entertainment back in 2007.

Thus it is no surprise that the Olsen Twins have a combined net worth of 500 million USD, with 250 million USD each!