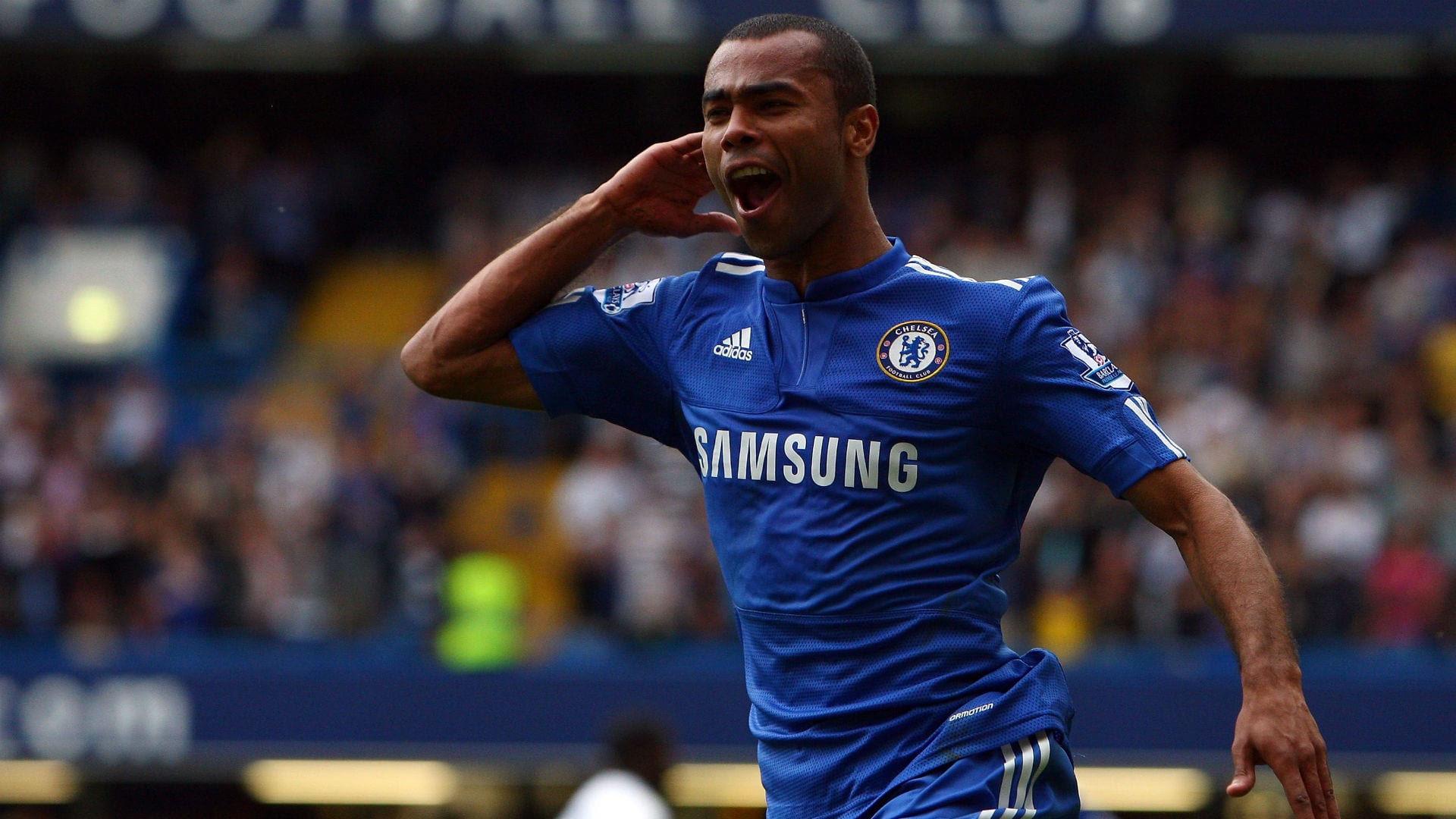 Ashley Cole in a match

Ashley Cole is an English Footballer who retired in 2019. He played as left-back for Chelsea and Arsenal. The 40 years old former footballer is a native of England. He is currently the coach of Chelsea. Cole was considered among the best left-back player of his generation. Many professional players and critics bow to him for his legacy as a defender.

Cole’s father left the family after seven years. He and his brother Matthew is brought up by his mother. There is no more information about his childhood. However, Ashley’s marriage life has been a very famous topic in public headlines. He married Cheryl (who is a singer) in 2006. They came public with their relationship two years earlier before their marriage. She even got a tattoo on her neck to show off her commitment to Ashley. Two years letter their marriage was shaken by Ashley’s hook-up with Aimee who is a hairdresser. They tried to keep things stable, but years after, more cheating stories came up. Ashley cheated on Cheryl with four more women. They finalized their divorce in early 2010.

Read below to know how much Ashley Cole has earned and what is his net worth.

What is Ashley Cole Net Worth?

Ashley Cole has a net worth of $50 million as of the records in 2021. He began laying for Arsenal and left the group in 2006. Various reports said that the Arsenal was not paying him enough and only paid £55,000 per week. Eventually, Cole was signed by Chelsea with a fee of £5 million. Cole has been a controversial player between Chelsea and Arsenal. He was signed by Roma in 2014 for two years. However, Cole left them hanging after one year and did not complete his contract with them. Cole also played for LA Galaxy and made his debut against Santos Laguna. By the end of season 2018, Cole was released from LA Galaxy.

Apart from that, Cole also invests in real estate. In 2016, he put his Manson on sale for £7.5 million but failed to sell it. He brought this house along with his ex-wife Cheryl in 2006, worth £3.5 million. The Mansion includes a five side football pitch, golf course, swimming pool, and a tennis court. He sold the mansion finally after the price was reduced by £1.4 million. It was spread on 13 acres of land and also had its helipad.

Ashley is praised for heading 100 caps, but he has also left back controversial moments in his journey. He remains to be the most dexterous player among his fans, but his fans also know that Cole is also part of various controversial incidents. Let us follow up on some of them.

Cole was an Arsenal player at that time and was fined £100,000 by the FA. He was fined because he met Chelsea to negotiate. In addition, he did not even take a transfer from the Gunner.

Till September 2006, Cole joined Chelsea because Arsenal did not raise his wage. Cole revealed that when his agent Jonathan told him that Arsenal will pay him only £55,000, he cannot control his anger and immediately decided to make the transfer. Cole wanted a salary of £60,000.

Aimee Walton revealed that Cole asked her to feel honored that he wanted to sit in her mate’s car even when he was vomiting. Aimee said that she felt bad for Cheryl (Cole’s then-wife). Cole said to Aimee that his wife has no issue with his infidelity as long as the public knows about it.

Cole was arrested for throwing abusive words at a photographer outside a nightclub. However, the defender was also accused of repeatedly opposing the police.

Cole was allegedly driving a car at more than a speed of 100mph, and therefore he was banned from driving for four months. The officials also slapped a fine of £1000 on him. He later asked 21 days to pay his fine as he failed to show up at court because the media was chasing him.

Sonia Wild accused Cole of sending her immoral photos of him and also asked her to meet. However, Cole denied the allegations and said that somebody borrowed his phone and might have sent the photos to her.

The list grows continuously so let us wrap up with the above-mentioned mistakes Cole did.

Click here to know about Alison Hammond Net Worth.