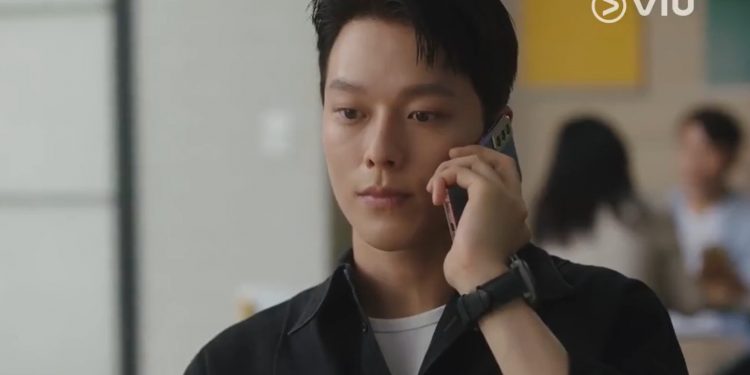 A still from 'Now We're Breaking Up'

Due to the SBS Entertainment Awards, the channel had to reschedule the ‘Now We’re Breaking Up’ Episode 12. While fans have been getting frustrated with both mothers in the show. It is still hard to leave the show in the middle without knowing the fate of the lovers. “What would you do if we don’t have much time together?” Young Eun asked in the hope to know how to break up with Jae Hwan. But all the things he told her were about how they should keep going on. Hearing her talk about breaking up, Young Guk’s heart broke. But Young Eun had both their mothers telling them that they won’t have their blessings.

On the other side, Young Eun and her team were preparing for SONO’s pop-up shop in Paris. And a due diligence team raid wasn’t the thing they were hoping to see in the office. Along with a rumor of the company being bought by an international brand, which had everybody stressed. While everybody was looking for other work options already, Young Eun went on to focus La Fayere’s project. For the first time, Head Manager Gwang Soo had told Young Eun to do everything she could for the pop-up shop. And that she has his full support.

‘Now We’re Breaking Up’: The Story So Far

As Young Eun’s mother Jung Ja ran into Jae Guk’s mother, Hye Ok, an argument was bound to happen. As Hye Ok told Jung Ja that they are not on the same levels. And that she has already told Young Eun that she would never accept her relationship. Jung Ja went on to call Young Eun while she was with Jae Guk. Telling her how the mother and son have no idea the hardships the mother has gone through. Going back to their mothers, both Jae Guk and Young Eun have a lot to say and a lot to hear.

While Hye Ok told Jae Guk that Young Eun is shameless as she is still with him even after she told her that she won’t be around if they stay together. Jae Guk’s mind ran to the last night when she asked about them breaking up. On the other side, Jung Ja told Young Eun that her father was cheating on her. And the family got into a fight about how they were never able to live for themselves.

Chi Sook, on the other hand, is experiencing something she never thought she would. Do Hoon is in love with her and considers her the most precious person in his life. And with CEO Hwang’s support, he is all set to take care of her. Poems and tea instead of drinking nights. But something else is bothering Chi Sook as she saw Soo Ho with the colleague he was cheating on with. Conflicted if she should tell Min Sook or not, she sees her friend asking them to throw a party so she can enjoy one last time with the people she loves.

‘Now We’re Breaking Up’ Episode 12: What To Expect?

‘Now We’re Breaking Up’ Episode 12 is rescheduled to be released on December 24, 2021. With another revelation that Yoo Jung followed Soo Wan the day he died. The scenario of his death is becoming more clear slowly, and it doesn’t seem to be Young Eun’s fault. While Jae Guk has popped the question to Young Eun, asking her to go to Paris with him. Her parents are moving to court and ‘The One’s office being a mess with ongoing procedures and SONO’s fashion show. Young Eun and Jae Guk have a lot on their plates. With his mother giving him another warning, Jae Guk has no other option but to love Young Eun as much as he can with the time he has left.

‘Now We’re Breaking Up’ Episode 12 will be available to watch on the streaming platforms Rakuten Viki and Viu.

Also Read: Jae Hee Plans To Steal Everything Her Mother-In-Law Has In ‘Artificial City’ Episode 5

Is Power Book III: Raising Kanan Season 2 Coming Back To Starz in 2022?