Yoon Jae-hee marries the second illegitimate son of Sung Jin group Jung Joon-hyuk. Now her only goal is to help Joon-hyuk become the next President of South Korea. 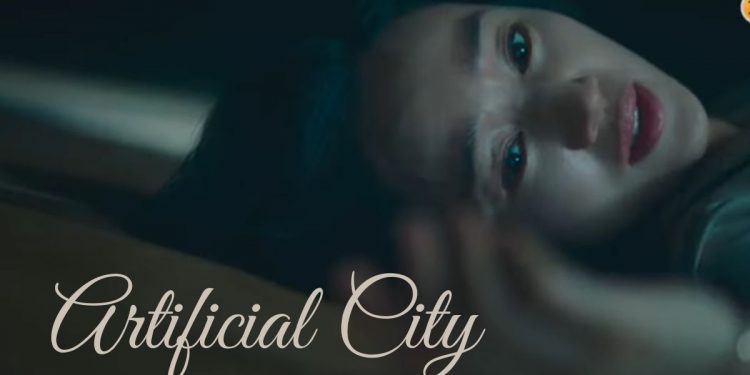 The upcoming Korean drama ‘Artificial City’ is going to arrive soon with an intriguing storyline. The mystery thriller includes twists like extramarital affairs, family feud, and an overambitious woman who dreams to cease power in life. The main lead Soo Ae is going to portray the role of Sung Jin family’s second daughter in law who also works as an in-charge of ‘Space Jin’. In the ‘Artificial City’ episode 1, we will see Jae-hee declare war against her in-laws, the Seung Jin family. The South Korean actress is best known for her roles in the film ‘The Flu’ and ‘High Society.

The actor who has been cast for the role of Jung Joon-hyuk in ‘Artificial City’ is Kim Kang-woo. He became famous for his role in projects like ‘The Taste of Money, and ‘The Missing’. Furthermore, the ‘Artificial City’ is directed by Jun Chang Geun. The most intriguing part of the story is the strong-headed character of Yoon Jae-hee, who marries Joon-hyuk to rise above the life of poverty but is ready to fight with her in-laws in order to achieve her goal.

Yoon Jae Hee is an ambitious woman who wants to have a convenient life. Even though she is passionate about her long-time lover, she chooses to marry Jung Joon Hyu. This decision of hers gives her a life with money, leisure, and success, but she is not completely satisfied. Jae Hee works with the Sung Jin group, which is the most influential group in South Korea. There are no strings that the Sung-Jin family can’t pull with their money and power.

To make her and her husband’s dreams come true, Jae Hee fights tooth and nail to make her husband become the next president of South Korea. While fighting for her dream, she even goes against her in-laws. To accomplish her goal, Jae Hee decides to team up with a future public prosecutor General. Her belief that poverty can only be avoided if you have power leads her on a path of mystery and dark deeds.

The main leads of the ‘Artificial City’ Kdrama are Soo Ae and Kim Kang-woo. The South Korean actress Soo Ae will play the role of Yoon Jae-hee. She is the wife of Jung Joon-hyuk and the second daughter-in-law of Sung Jin family. Also, she is an ambitious woman whose goal is to make her husband the next President of the nation.

The other main lead is the actor Kim Kang-woo who will play the character of Jung Joon-hyuk. He is a popular anchor at the JBC network, and he has a fan club of his own. Kang-woo’s biggest insecurity is being the illegitimate son of Sung Jin group, and to make people see his potential, he awaits the chance to take control of the family company.

The South Korean actress Kim Mi-sook will play the character of Seo Han-sook. She is the mother of Joon-il, who is the first and legitimate son of Sung Jin family. Also, she is the acting chairman of the Sungjin Cultural Foundation. Along with Kim Mi-sook, Lee Yi-dam and Lee Hak-Joo will also be seen in supporting roles in ‘Artificial City’ Kdrama.

The ‘Artificial City’ episode 1 release date is 8th December 2021. In episode 1, we will see Yoon Jae-hee declare war on her in-laws. Also, she will have a talk with the future public prosecutor general to include him in her plan for Jung Joon-hyuk. While watching the episode 1 preview, a question arises that is Joon-hyuk cheating on his wife? We will find the answer to this question in the ‘Artificial City’ episode 1.

Where To Watch ‘Artificial City’ Episode 1

‘Artificial City’ is a television drama that will air on the JTBC network. New episodes of the drama will be available every Wednesday and Thursday on this network for people living in South Korea. As for international fans, there is no official site available to stream ‘Artificial City’ Kdrama. So stay tuned with Otakukart to find out what happens in the upcoming drama.