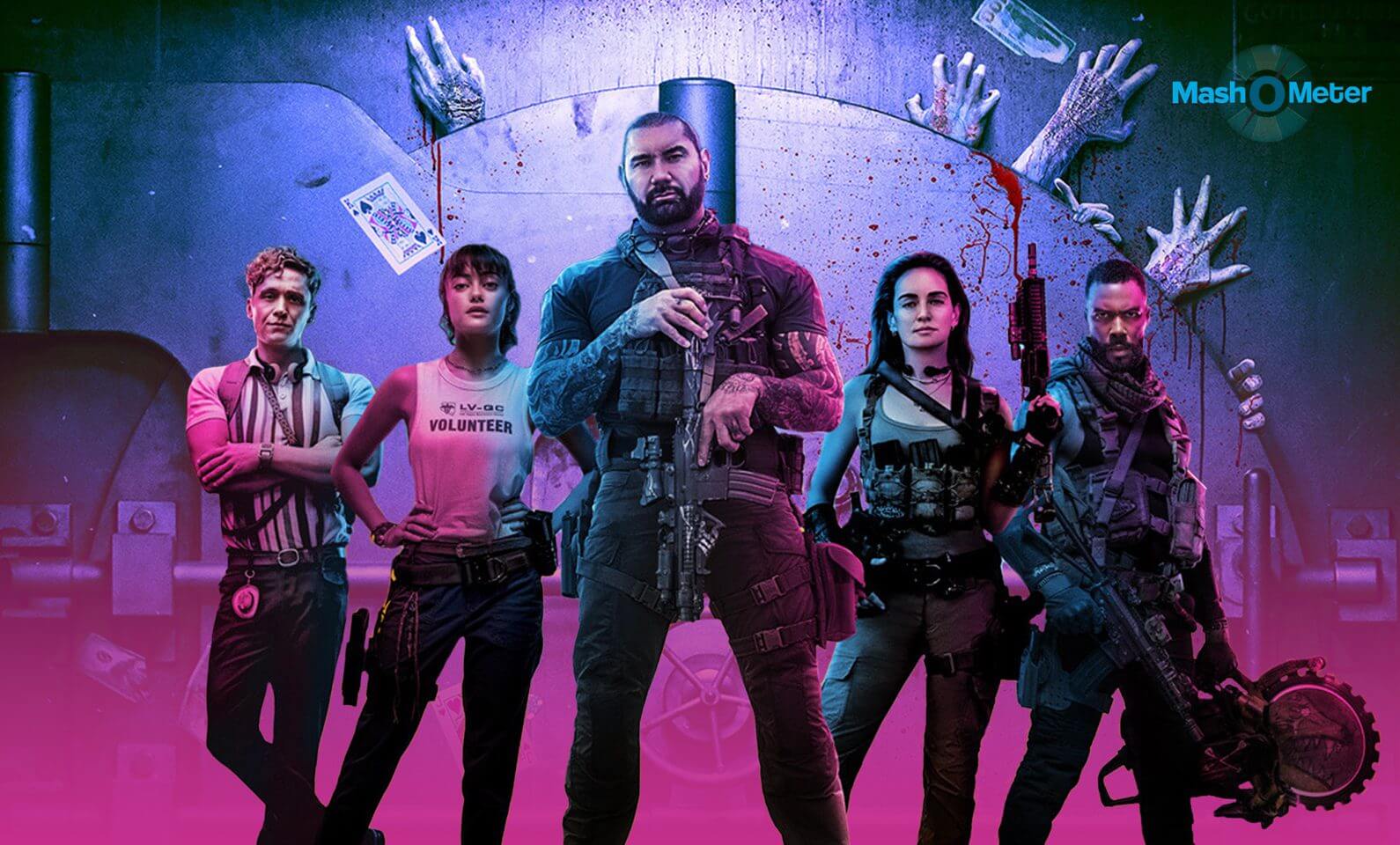 Army of the Dead

Army of the Dead is the latest Zack Snyder flick and a spiritual successor to his Dawn of the Dead remake of 2004. The zombie flick is Zack’s return to his roots after a long and controversial spell of unsuccessful superhero movies. Snyder has written the screenplay along with Shay Hatten and Joby Harold. The movie has an ensemble cast, consisting of Dave Bautista, Ella Purnell, Omari Hardwick, Ana de la Reguera, Theo Rossi, Matthias Schweighöfer, Nora Arnezeder, Hiroyuki Sanada, Tig Notaro, Raúl Castillo, Huma Qureshi, and Garret Dillahunt. The film follows a team of soldiers who try to pull off a casino heist in a zombie-infested Vegas. Snyder, his wife Deborah, and Wesley Coller have produced the film. Tom Holkenborg has composed the music while Dody Dorn helmed the editing. The film dropped on Netflix on May 21, 2021. 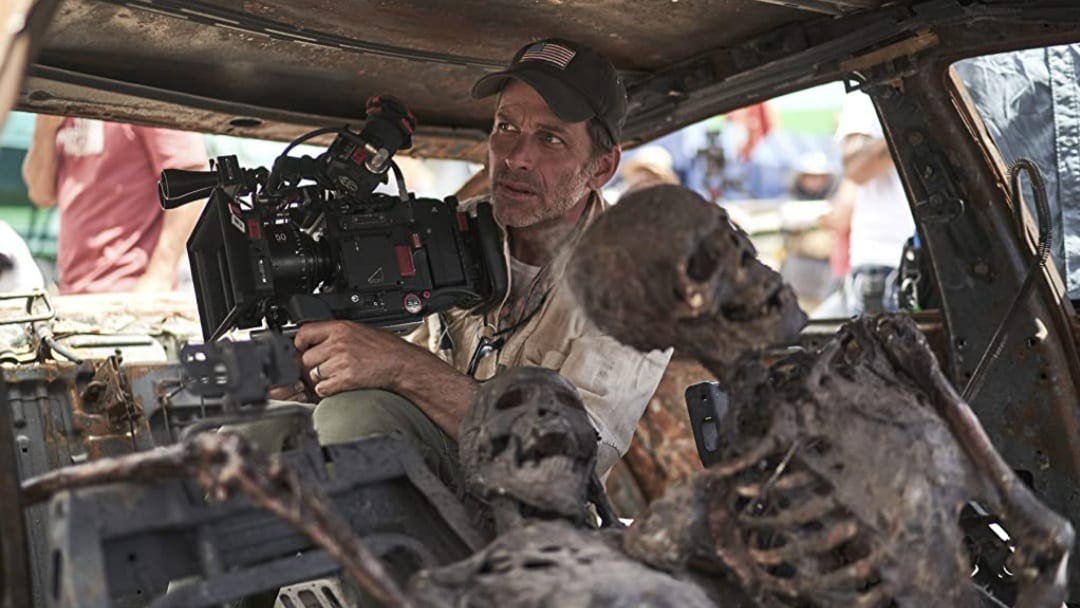 Army of the Dead Plot Summary

It has been years since a zombie outbreak hit Las Vegas. After several failed attempts by the government to exterminate the zombies, the city is quarantined. Bly Tanaka (Sanada), a casino owner, approaches Scott Ward, a mercenary. He offers Scott a job that involves pulling off an incredibly dangerous heist. Scott will have to form a team and steal $200 million from the vault beneath a casino. And Scott’s cut would be $50 million. Scott is hesitant but eventually takes his offer, he wants an out from the mundanity of his current life. Scott goes and visits some of his old mercenary friends to enlist them. After the formation of the team, Tanaka gives them a short directive on how to carry out the heist. The team then heads off to the quarantine camp, where Kate finds out that Geeta has gone inside the zone.

Kate decides to join the team to extract Geeta out of the zone, much to Scott’s reluctance and dismay. The team consists of Scott’s former mercenary teammates and some other new members. There’s a YouTube star, Guzman, who’s famous for killing zombies and an eccentric German safecracker. Guzman also brings two of his friends, but one of them bails as soon as he learns about the mission. There’s also Tanaka’s head of security joining the mix. The team enters the zone of the undead and learns about different types of zombies. They meet the “alpha” zombies — the uncommon undead, those who can move significantly faster, think significantly sharper, and also possess cognitive capabilities uncharacteristic of a regular “shambler”. As the team proceeds with the plan, Martin and the zombies compromise the plans. Will they be able to survive and pull off the heist? 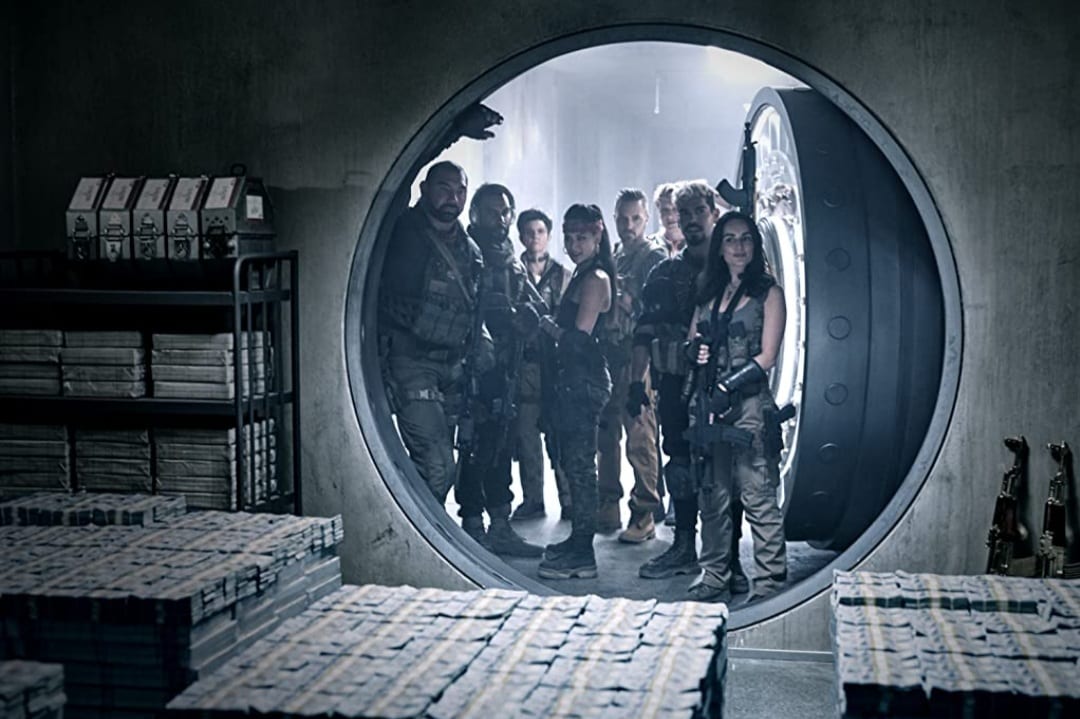 The team opening up the vault.

Army of the Dead Ending Explained

What Happens at the End of the Film?

The ending of Army of the Dead sees Scott shooting Zeus dead after getting bitten by him. As the helicopter crashes down, we get a glimpse of Marianne lying unconsciously still. It’s safe to assume that she’s kicked the bucket. Kate gets out of the wreckage to find Scott sitting by debris. As he dies, he has the last reunion with his daughter, and Kate bids farewell to him. However, as soon as he dies, the venom of the zombie bite kicks in, and Scott starts acting up. Kate then tragically puts the undead Scott to rest by shooting him in the head. 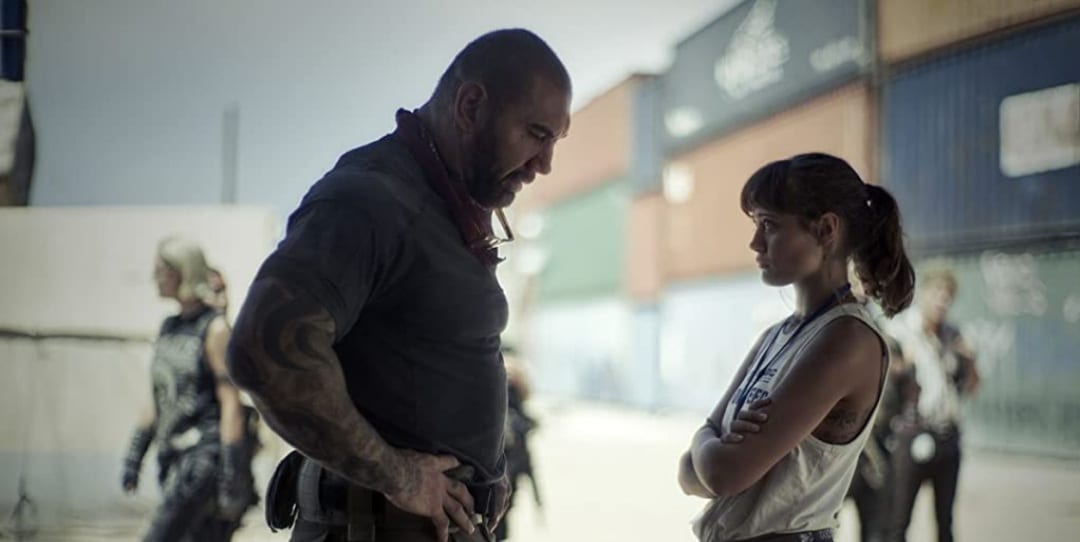 One thing we don’t get a conclusion on is whether Geeta’s dead or has survived? We never really get to see her dead as we see Marianne. Although there’s no clarity regarding her death, I think it’s best to assume she also didn’t survive the crash. Along with Kate, we also see Vanderohe surviving the whole zombie+nuclear bomb ordeal. After the bomb has leveled everything, we see Vanderohe emerging from the rubble and out of the vault. Vanderohe got shut inside the vault when Dieter saved him from Zeus by pushing him inside, sacrificing himself. The nuclear strike pummels everything in the vicinity, save for the vault. As for why’s the vault still intact, it’s obvious that such high-security vaults are made to withstand even nuclear explosions. However, the explosion damages/weakens the vault just enough for Vanderohe to break free. 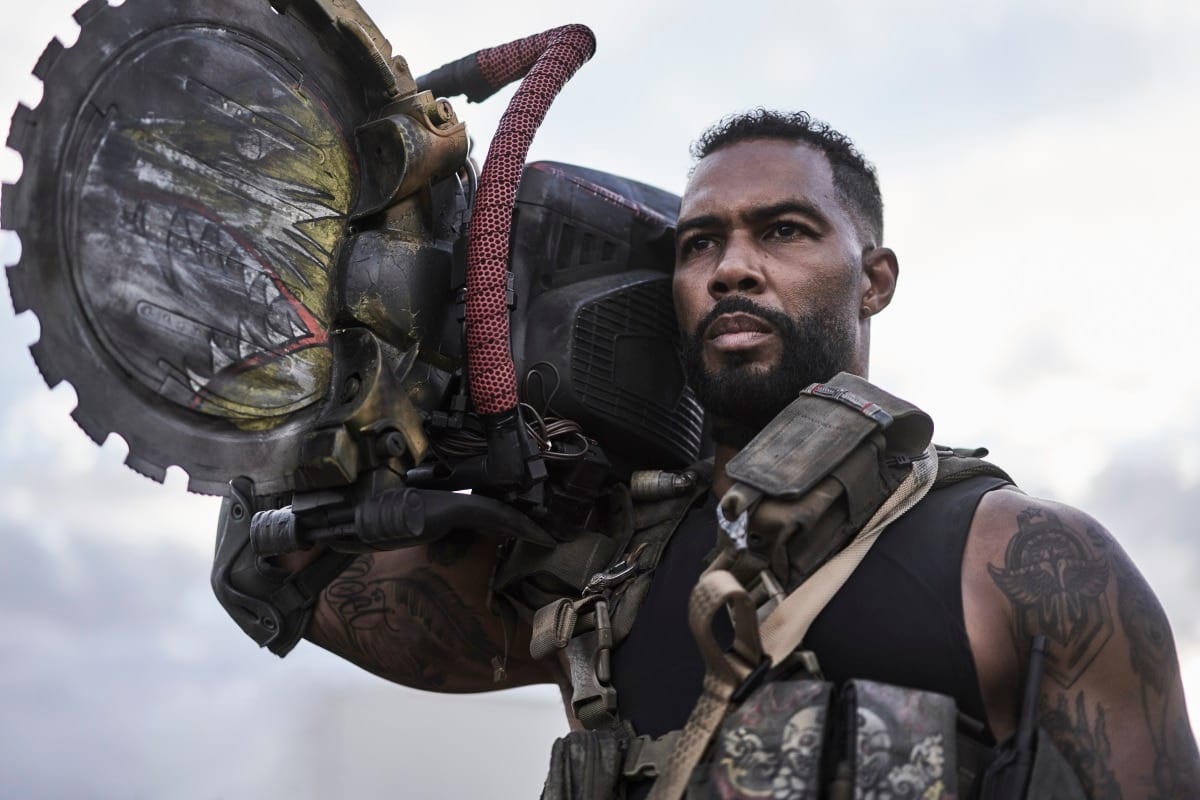 Omari Hardwick as Vanderohe in AOTD (2021)

As Vanderohe ventures out of the vault and into the open, he finds the land around him burning and drenched with radiation. Army of the Dead ending sees him taking a private jet and finding out he’s been bitten. The radiation fallout would have killed anyone, or at the very least, made a person very sick. And although we see Vanderohe stumbling in the plane, seemingly ill from the radiation, he still lives. What could be the reason for that? Well, we get the answer to it when he goes to the washroom and has a good look at his arm. Zeus had bitten Vanderohe, and now he bears the alpha zombie blood as well. That is the best explanation for his apparent survival from the radiation. 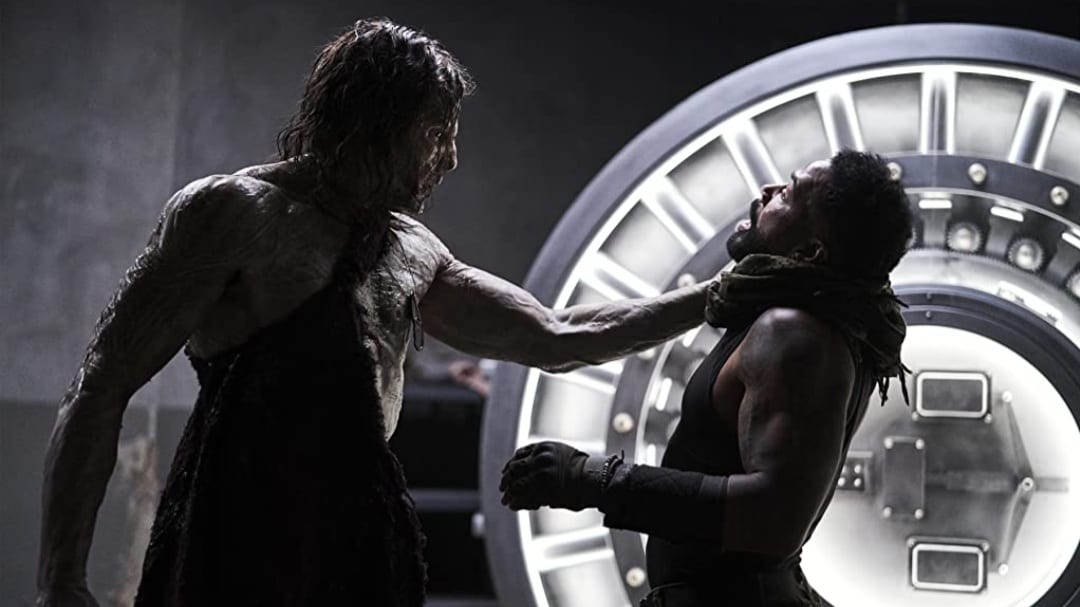 Zeus manages to bite Vanderohe during their fight.

But what wreckage is Vanderohe about to deal with the world now that he’s also an alpha zombie? With the plane heading towards New Mexico, one of the highly populated cities in the world, there’s going to be carnage. The radiation may also lead to Vanderohe becoming a Zeus 2.0 somehow. Interestingly, there’s also an omega symbol on Vanderohe’s chest. Could this be a nod to a possible passing of the baton in terms of the alpha king? Perhaps, it’s Vanderohe now who carries the alpha zombie king’s blood and hence, powers to create his own zombies. This perfectly sets up a possible Army of the Dead sequel. We’ll be there to inform you of everything about it if it ever comes to fruition. For more content on Army of the Dead, keep tuning into Otakukart.

You can stream Army of the Dead on Netflix.