Armand Douglas Hammer aka Armie Hammer is an American actor. He is recognized for his old-fashioned good looks. These features of him help Armie get through the leading roles. Armie is the great-grandson of the Oil tycoon, Armand Hammer. Coming from such a wealthy background, Armie made his own to the Hollywood Industry. His professional career started up with few guest appearances in TV Series. After that, he did many roles in the movies as a leading actor. Some of his promising endeavors include ‘Call me by your name’, ‘The Man from U.N.C.L.E.’, ‘The Social Network’, and  ‘The Lone Ranger’.

Armie’s name got highlighted in the media for his abusive relationship with his ex-girlfriend, Paige Lorenze recently. Similarly, Armie was also accused before because of his violent Proclivities. Paige Lorenze is one of the recent names on Armie’s list. We have more names aligned with this controversy. He got dropped out from distinct Projects because of these yet to be ascertained affirmations. The battling model claimed her relationship with Armie to be a dreadful one. Let us have a quick look out for their relationship and what went wrong between the pair.

Who is Armie’s ex-girlfriend, Paige Lorenze?

Paige Lorenze is a Youtube Personality and a self-proclaimed Instagram Star and model. She specializes as an editor for the Canadian Wellness Company 2PEONIES. Paige has 240K followers on Instagram. This 23-year-old model is the ex-girlfriend of the Actor, Armie Hammer. Though they both dated for just four months but their relationship is still the talk of the town. The Controversy between them reflected a traumatizing image of Armie Hammer. To support Paige’s accusations, Armie’s former girlfriend, Courtney Vucekovich came up with the same horrifying story with the actor.

She shared that Armie had posted some of her photos without her permission with the media and later threatened her. Paige even called him a dominating partner who took all her life’s control and wanted her to behave according to his norms. The truth behind this accusation is yet to be discovered. 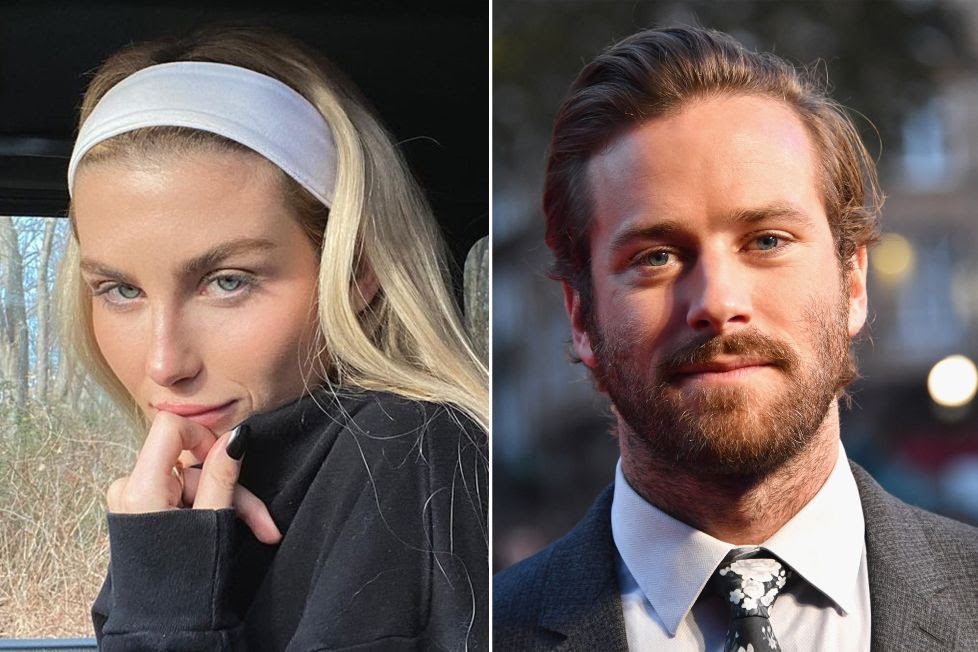 The rivalry between Armie and Paige

Armie Hammer’s ex-girlfriend Paige communicated about her relationship with him. She denounced him for abusing her physically as well as mentally. Paige terminated their relationship over a text as she was frightened of his reaction and entitled Armie as a ‘Scary Person’. Though Armie disapproved of all the allegations and presented a legal bill supporting his statement. According to him, this as well as his previous allegations are just a part of Publicity for his counterparts. Armie Hammer was all set to star in the upcoming Jennifer Lopez action-comedy ‘Shotgun Wedding’ but this controversy too made him replaced from the role.

Armie has a very fascinating dating History. Because of his charming looks, he is pretty good at impressing ladies! Precisely why he has a long, long list of women that he dated in the Past Elizabeth Chambers, Jessica Ciencin Henriquez, Rumer Willis, Courtney Vucekovich, and Paige Lorenze are the noticed ones on his dating list. Armie was married for the first time to his long-time best friend, Elizabeth Chambers, and both have a beautiful daughter together. Still, their relationship eventually ended. He was not in an official relationship after that. But he was associated in a romantic link-up with a few ladies. The next one on his list was Jessica Ciencin Henriquez, the ex-wife of actor, Josh Lucas. Rumer’s wills and Armie Hammer were also a part of the rumored relationship.

He was also in a live-in relationship with Courtney Vucekovich but their relationship ended negatively, and Courtney made several accusations about his violent behavior towards her. All of his new relationships after Elizabeth Chambers started in 2020 and ended in this small span only. Armie is dating a dental hygienist, Lisa Perejma currently. He has dated almost every woman he crossed through. If not, some romantic link-up made its way into his life. This is the fact which is starting about him. Armie’s relationships didn’t work out for him.