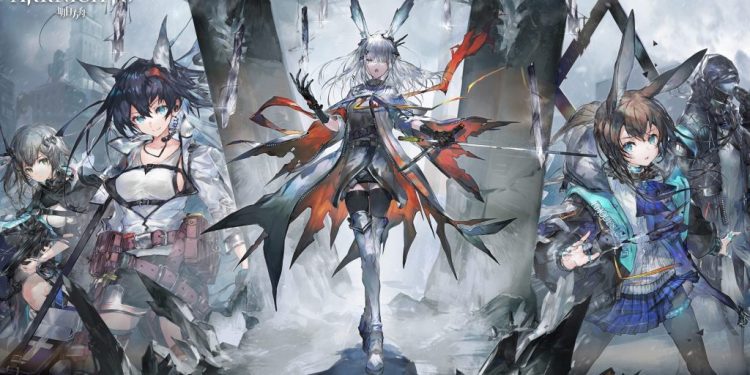 Every gamer wants to see the anime adaptation of their favorite games. Recently, there is a piece of official news released from Yostar. According to the news, we might just be getting an anime adaptation to the Arknights: Prelude to Dawn, as we received a new visual. So, if you are interested to know more about new visuals and other related information, read further.

Arknights is originally a mobile game which is developed by Hypergryph. After the success of this mobile game, Hypergryph released a trailer in Oct 2021, and it reveals the beginning process of an anime adaptation. According to the news, Arknights: Prelude to Dawn is the title of the first season. Arknights: Prelude to Dawn is an upcoming anime television series which is directed by Yuki Watanabe and assisted by assistant director Masataka Nishikawa. Also, Takashi Matsuyama is a voice actor who is going to voice the role of Ace. The anime is officially revealed by Yostar Pictures during their announcement in the latest news.

Arknights: Prelude to Dawn is the upcoming anime series, and it is officially announced by Yostar Pictures. Hypergryph released an official announcement trailer on Arknights Official Youtube Channel for the first season of the anime series. The official announcement trailer is 47 seconds long, which is officially revealing the anime adaptation of Arknights. It was released on October 24, 2021.

As we all know that Arknights is going to get its first anime series, and this is all because of the success of the Chinese Game ‘Arknight’. Recently, the official anime site has been launched for the upcoming anime series Arknights: Prelude to Dawn. So, all the news related to anime series will be released on this official website, and the necessary information like characters details, episodes’ synopsis, and details related to streaming platforms will also be released here.

After the launch of the official anime site for the upcoming anime series, Yostar Pictures has decided to reveal Arknights: Prelude to Dawn New Visual. If we look closely into the key visual, we can see that all the main characters of the upcoming anime series are already featured in this new visual. Also, the main protagonists and antagonists for the first season of the series are also featured within the visual.

The new visual conveys the personalities of all the featured characters like Amiya and Talulah, who are facing opposite sides, and all their allies are standing behind to support them. So, maybe, Amiya and Talulah are going to go against each other in the first season of the anime series. Also, the background scenery looks more like a place that is full of environmental disasters.

Arknights is a Chinese game, and due to the upcoming Dossoles Holiday in-game event, Yostar has officially released an animated teaser trailer of this event. Also, by giving a clue of the animation of the upcoming anime series Arknights: Prelude to Dawn, Yostar is going to use the same animation for the first season, and the reason for selecting this is also discovered by the latest news from Yostar Pictures.

After the official announcement for the anime adaptation of the upcoming anime series, all the Arknights fans are eagerly waiting for the release date. According to the news, there is no official set release date for Arknights: Prelude to Dawn. However, we can expect the official news during the summer season of 2022.

Is Killing Stalking Anime Adaptation Going To Drop in 2022?