The shots of The Gomez’s are here. Ariana Grande’s wedding pictures are creating a frenzy on the internet. Almost two weeks ago, the Positions singer married her fiance, Dalton Gomez. The news was enough to shake all the Arianators (fandom name). However, now the pictures from her intimate wedding have surfaced online. Mrs. Gomez has released a bunch of pictures from her ‘At-Home’ wedding. And the shots are a Bang.

Straight out from dream wedding, the pictures online make us want to say “Thank you, next”  with every swipe. Moreover, the singer and her hubby looked very much into each other, which increased the value of the pictures.

Ariana Grande and Dalton Gomez married in an intimate wedding on May 15, 2021. A representative of the singer announced the news on the very same day. They also announced that only family members were involved in the ceremony, and the couple is very happy with each other. We can’t argue with that. We can definitely see the love between the newly married couple.

The fans of the singer have been waiting for Ariana to drop the pictures. And 10 days later, we have Ariana looking like a Goddess in a chic yet simple wedding gown. It’s no surprise that God is a Woman.

On May 15, 2021, the 27-year-old singer walked down the aisle while wearing Vera Wang’s creation to marry the man of her dreams, Dalton Gomez. The singer channeled her inner Audrey Hepburn at her wedding making everyone go “Damn.”

Two years ago, Vera Wang and Ariana Grande interacted at the Met Gala Event. There, the designer promised that whenever the time will come, she will design a dress for the singer. And here we are! The famous design gave what she promised. Ariana’s wedding gown was made with a custom lily-white silk charmeuse fabric. The empire waist gown was partnered with an accented sculpted neckline, exposed bra strap closure, and a plunging back. The dress looked well-suited for the singer. 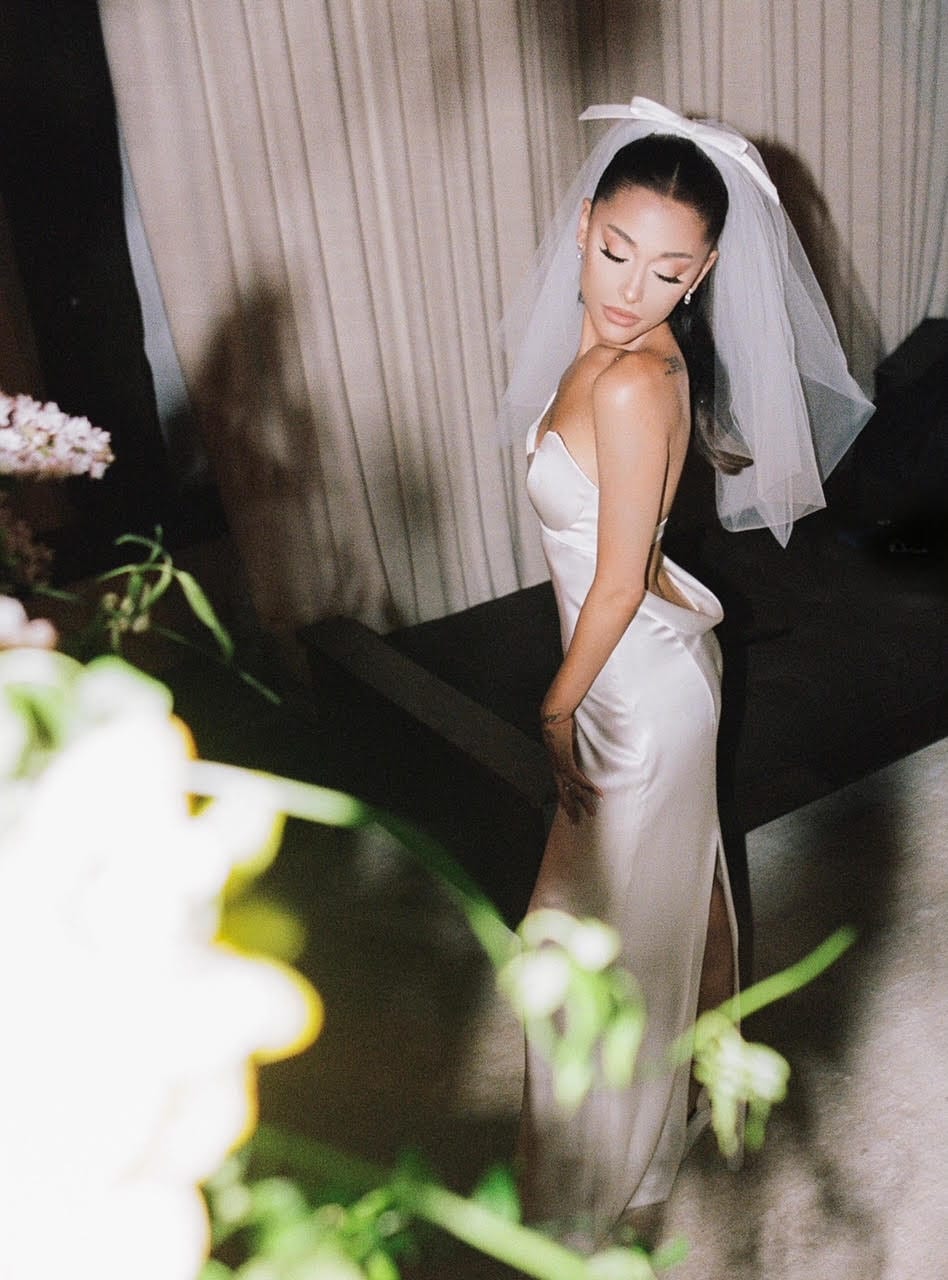 To top her lavish dress, Ari wore a shoulder-length hand-pleated bubble veil with a sweet satin bow at the top. She wore her hair in a ponytail, not her iconic high ponytail, though. But are we surprised? No.

The singer was ensembled with the accessories by stylist Mimi Cuttrell, who did her best to give Ari the Jo Stockton (Hepburn) look from Funny Face. Cuttrell also serves as the stylist to Gigi Hadid, Bella Hadid, Ava Max, Priyanka Chopra, and many more. For the footwear, Ari wore customer-made Giuseppe Zanotti platform heels. 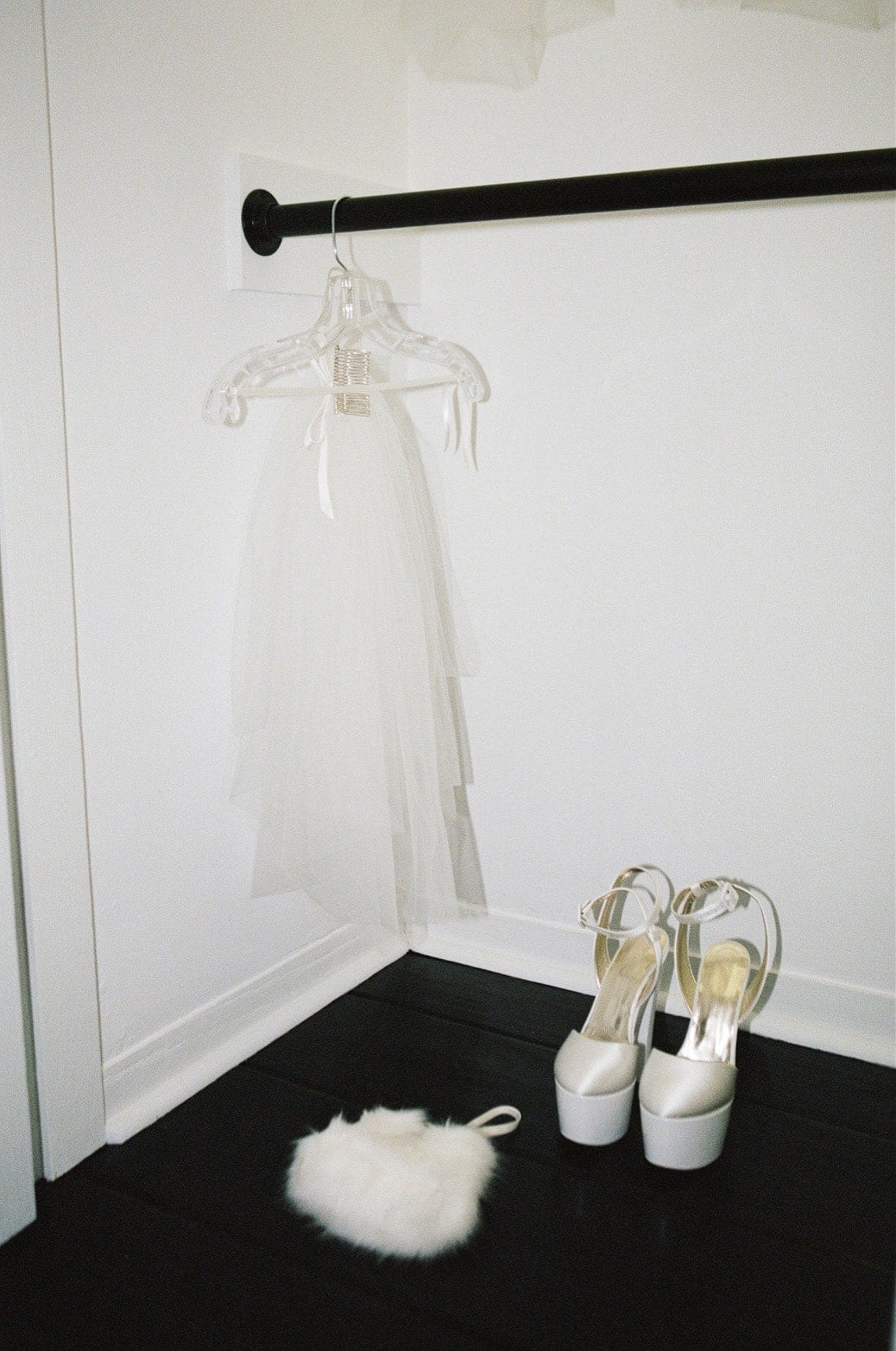 The Pearl and diamond jewelry was selected from Lorraine Schwartz to match it will her engagement ring. Meanwhile, her makeup was done by Ash K Holm. She kept it simple like always and won the look with her iconic winged eyeliner.

Hence, in short, it was the dream wedding everyone wishes to have. A perfect dress, a gathering of family members, and the love of your life waiting for you at the end of the aisle. We wish the new couple the heartiest congratulations.

So, Ariana and Dalton are finally Mr. and Mrs. Gomez. Although the news is old now, we can not get over it. Moreover, now that the pictures are out, it will take us some more time to survive the good news.

Dalton Gomez is a real state agent. Even though he is not a celebrity, he is no less than that in his work. The groom looked dapper as he wore a Tom Ford suit at his wedding. He posed for pictures with his bride and carried her in his arms, just like newlyweds do. 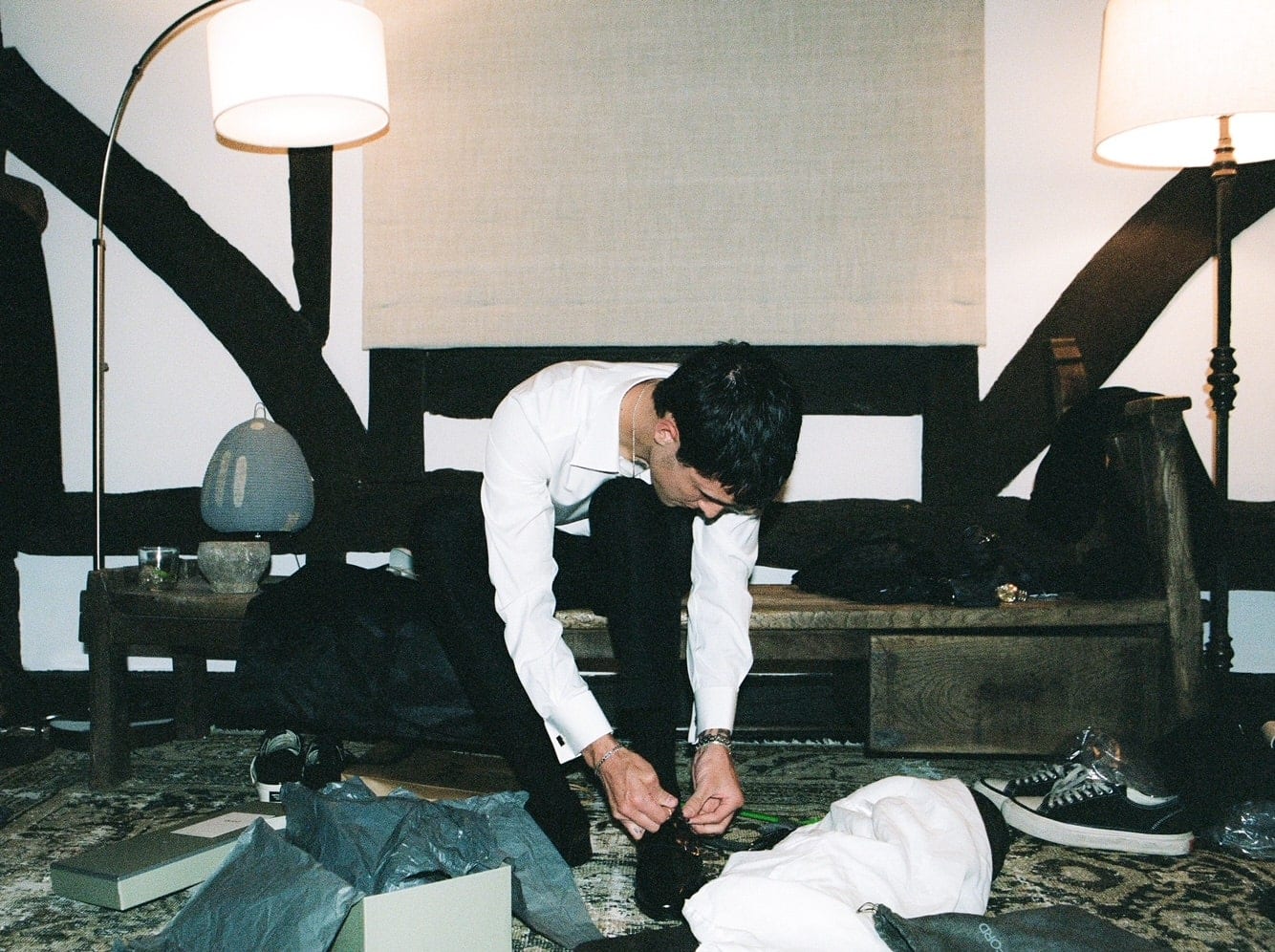 Dalton Gomez and Ariana Grande begin dating in January 2020. The two spent a lot of time together while quarantining together in the pandemic. The two definitely got close, and Dalton proposed to the singer in December 2020. Both of their families are super happy with their union. Furthermore, Grande’s mother believes that dalton is the best match for her daughter.

Dalton Gomez and Ariana Grande’s wedding pictures are going viral and are getting love from fans as well as celebrities. Check out the happy couple here in an IG post.