"Are you the one?": an American television series helps young singles find real love and a mate. 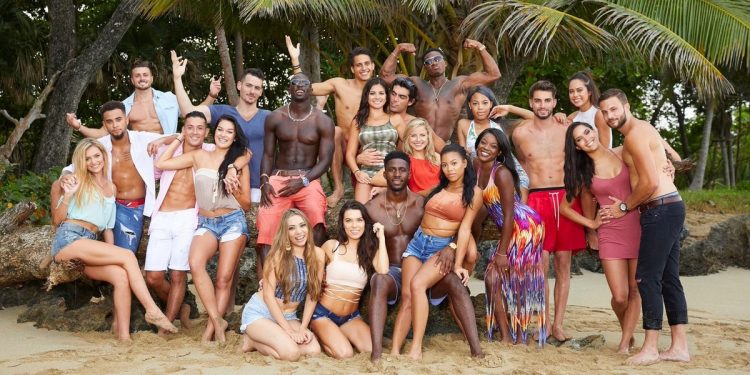 Are You The One Season 4

Are ‘Are You The One? Season 4’ Couples Still Together? On the famous reality show, ‘Are You The One?’ the contestants are coupled up using a matchmaking algorithm. The competitors are supposed to estimate their matches through interactions and dates. Therefore, the pairings have kept a mystery. While the entire cast has a chance to earn up to a million dollars if they determine correctly, each incorrect guess reduces the total reward money. It’s always fascinating to discover where reality stars end up after filming, so we decided to delve deeper and find out where the Season 4 cast is now.

Are You The One Season 4 Couples Still Together? “Are you the one?”: an American television series that helps young singles find real love and a mate. The producers couple the contestants, and they live together till they confirm whether they have found the one. Are You the One Season 4 was filmed in Maui, Hawaii, and premiered on June 13, 2016? The event included a total of 20 contestants, with ten men and ten women participating.

Well, Following the truth booths, four couples emerged as the perfect match. We’ll now have a quick look at what these beautiful couples are up to now below.

Cameron and Mikala quickly realized they were a match made in heaven. They were the first-confirmed match in the show’s history, according to sources, and had a terrific bond throughout the season. After filming wrapped, the pair moved in together to give their relationship a try. But trouble was on the way, and despite appearing on ‘Are You The One: Second Chances,’ the couple appeared to have parted up by early 2017.

Cameron appears to be enjoying himself at the moment, traveling and living life on his own terms. Mikala, on the other hand, is a social media influencer who enjoys updating her followers on her life. Joe Torgerson, with whom she is in a lovely relationship, is also a part of her life. The couple got engaged in August 2020, but they kept it a secret for a while before announcing it to the world.

Also Read: When And Why Did No Doubt Break Up? Where Are They Now?

Soon after the fourth season began, Sam and Alyssa developed a close friendship. Despite the fact that they did not put their coupling to the test until week 6, they were frequently spotted together and appeared to be a potential couple. The rumors were confirmed in week 6 when Sam and Alyssa discovered they were a perfect match. They even moved into the honeymoon room, but their relationship deteriorated over time. They realized they weren’t meant to be together after spending time together, so they broke up.

Alyssa is currently living the good life and working for Salvi Media as a producer. She is also rumored to be dating Kevin Melaniphy, with whom she moved to Los Angeles in the fall of 2021. Sam, on the other hand, likes a private life and keeps a low profile on social media. His whereabouts are unknown as a result of this and the lack of new reports on his whereabouts.

Prosper and Emma seemed to like one other at first, which fueled rumors that they were dating. Their bond seemed to break down after they established their position as a perfect match and advanced to the honeymoon suite. Prosper later said that they were unable to connect and that they quickly understood it wasn’t meant to be.

Prosper has since created a name for himself as a musician and is well-known in the industry. Prosper is also married and the proud father of three amazing children. Emma currently manages her own beauty brand and goes by the name Emma Miller on Instagram. Emma married Mitchell Miller in June 2021, and they appear to be enjoying the new phase of their relationship.

Cam and Julia switched partners multiple times and walked inside the Truth Booth with different people each time. In week 9, however, the Truth Booth proved them to be the perfect match. Nonetheless, during the season, both contestants were never truly interested in each other and instead opted to explore relationships with others. Even after learning about their pairing, Cam and Julia agreed not to pursue a romantic relationship, which came as no surprise to everyone.

At present, it seems like Cam favors living a private life. But it can be confirmed that he is married to Carolina Duarte, a season 5 contestant on ‘Are You The One?’ and that the two are very happy to be sharing a life together. Julia, on the other hand, is currently the co-host of the podcast ‘The Sh*tshow’ and is dating YouTuber and boxer Jake Paul.

Where Is the Rest of the Cast Of ‘Are You The One? Today?

Despite the fact that Morgan St. Pierre and Tori Deal were not a perfect fit, they built a bond while on the show and appeared to have a bright future ahead of them. However, after filming wrapped, the pair went their separate ways, with Tori reportedly dating other people. Despite the fact that the pair reconnected during their time on ‘Are You the One: Second Chances,’ the romance eventually faded.

In addition, Stephen McHugh appeared to form a bond with Julia Rose, and the two remained together after the filming wrapped. Trouble soon arose, and the two were driven to part ways. Although Stephen and Julia went on to co-found Shagmag, a digital magazine, he now chooses to remain under the radar and has a limited social media presence.

At the same time, fan-favorite male contestant Asaf Goren went on to have a successful reality TV career following ‘Are You The One?’ and has participated on several other shows, while Giovanni Rivera is now a professional boxer. The surviving male finalists, Tyler Norman and John Humphrey, on the other hand, have kept their personal lives hidden, making it difficult to know what they are up to today.

Kaylen Zahara is a very popular social media influencer, while Francesca Duncan is an established vocalist who appears to be building a name for herself in the industry. Nicole Brown also enjoys spending time with her family and keeps her followers up to date on social media. Victoria Wyatt and Camille Satterwhite, on the other hand, have chosen a life of seclusion and do their best to avoid the spotlight.

Also Read: When And Why Did No Doubt Break Up? Where Are They Now?

Who Is Dante Zogratis In Black Clover?