Are the two celebrities Victoria Pedretti and Dylan Arnold dating each other in real life? What do we know about their relationship? The duo has shared the screen consecutively in three seasons of the Netflix series ‘You’. Recently, there have been several rumors about their off-screen chemistry. Rumors like their on-screen chemistry have turned into real are circulated over the internet. But are they true? Talking about Victoria and Dylan’s professional lives, they are very successful at such a young age. We believe them to grow as wonderful actors in the upcoming days of their lives.

Victoria Pedretti has worked in several films and series. She is the recipient of the MTV Movie & TV Awards. Also, not to forget about her numerous other accolades for which she has been nominated. On the other side, the young, handsome actor Dylan Arnold has also made a breakthrough with his amazing performances in the film industry. We will discuss more of their career details later on in this article. If you want to know more about their relationship rumors, stay with us till the end of this article. These are the things we know about Victoria Pedretti and Dylan Arnold’s relation in real life. 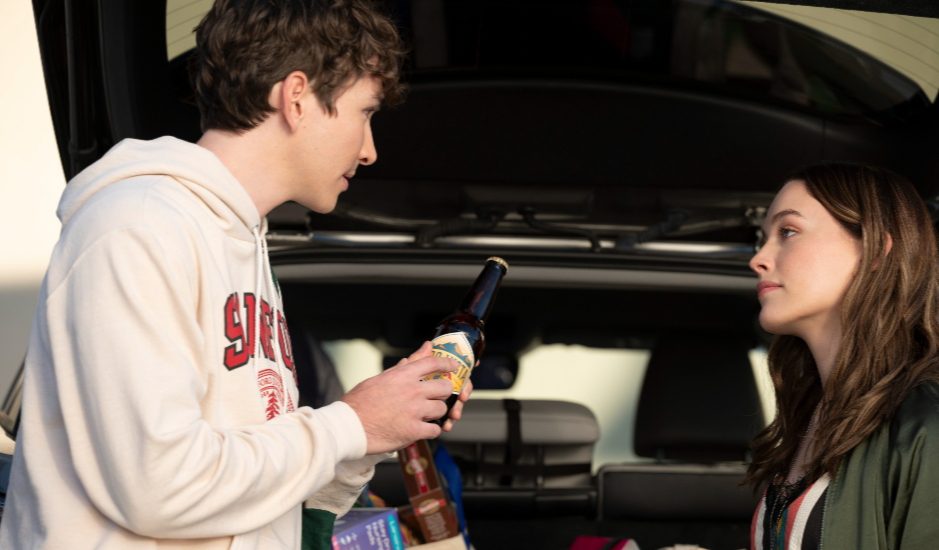 A scene from You

Are Victoria Pedretti and Dylan Arnold dating each other in real life?

In the series ‘You’ we have seen Victoria Pedretti and Dylan Arnold as the leading roles. Victoria has been playing the role of Love Quinn, who has relocated herself with her family from Los Angeles. On the other hand, Dylan has been playing a 19-year old neighbor Theo Engler. The sudden on-screen love affair between the two is very much praised by the viewers.

Recently, there have been several rumors about their relationship. Are they dating in reality? Has their on-screen chemistry turned into off-screen chemistry as well? Well, as of now, it is still not confirmed. The duo has not made it official. So it is unclear if they are dating each other in real. Though in the series, Dylan has been playing the role of a younger boy compared to Victoria. But in reality, Dylan is older than Victoria. We would be very much happy if these rumors turn out to be true. 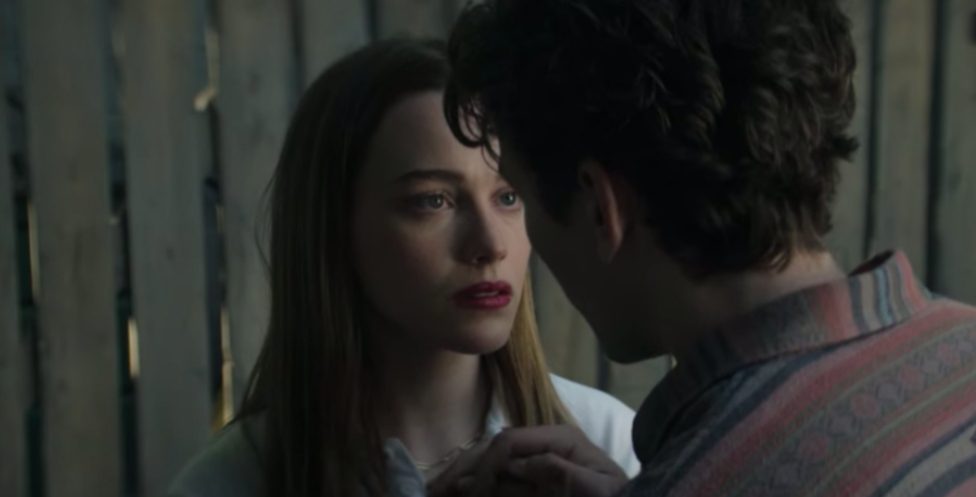 The romantic scene between Victoria Pedretti and Dylan Arnold

Besides this, there is also another good news for you all! On 13 October 2021, You Season 4 was officially confirmed.

Victoria Pedretti is an American actress, born on 23 March 1995. She was born and raised in Philadelphia, Pennsylvania, United States. As of now, she is 26 years old. As far as her education is concerned, she attended Pennsbury East High School in Fairless Hills. Thereafter pursued BFA from Carnegie Mellon University. Victoria also attended Carnegie Mellon University School of Drama in Pittsburgh.

The beautiful young actress Victoria Pedretti has worked in some amazing films and series. The list includes Haunting (2018-2020), Once Upon A Time in Hollywood (2019), Shirley (2020), Star-Crossed: The Film (2021). She also worked in the three consecutive seasons of You since 2019. If you haven’t watched it yet, you can watch it on Netflix. We are eagerly waiting for the release of her upcoming film Lucky. The date is yet to be made public.

Dylan Arnold is an American actor, born on 11 February 1994. As of now, the actor is 27 years old. He was born and grew up in Seattle, Washington, United States. Talking about his education details, he pursued BFA from the University of North Carolina School of the Arts.

Like Victoria Pedretti, he has also worked in several films and series which include 7 Minutes, The Purge, After, After We Collided, When We Rise, Halloween, etc. Dylan Arnold has shared the screen with Victoria Pedretti in the series You. Their on-screen chemistry has always mesmerized their fans.

With this, we end up our coverage of the off-screen relationship between Victoria Pedretti and Dylan Arnold. Thank you for reading this article till the end.