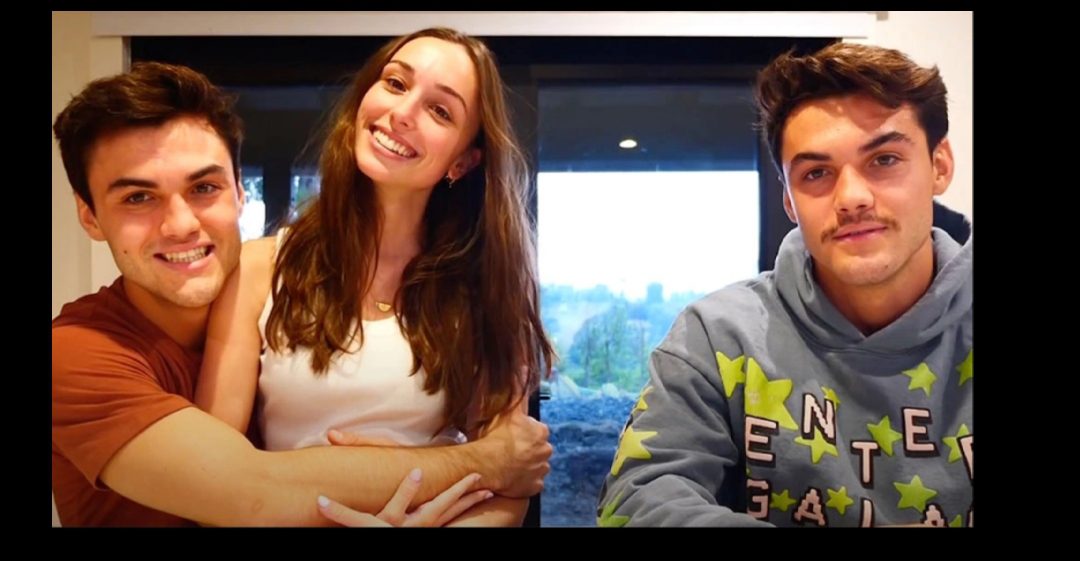 In this article, we cover who the Dolan Twins are dating at present. You might remember Ethan Dolan and Grayson Dolan from The Sister’s Squad. They are collectively popular a the Dolan Twins. Firstly, we will talk about who The Dolan Twins are. Secondly, we shall cover their career. Thirdly we will tell you a few things about their relationships. Both the twins have been quite famous all over the social media platforms, especially on YouTube. They have achieved fame at a very young age. Without further ado, let’s jump in.

Ethan Dolan and Grayson Dolan are the twin brothers, collectively popular as The Dolan Twins. Both were born on 16th December 1999. They are the American comedians who gained recognition in May 2013 after their appearance in the video-sharing app Vine. 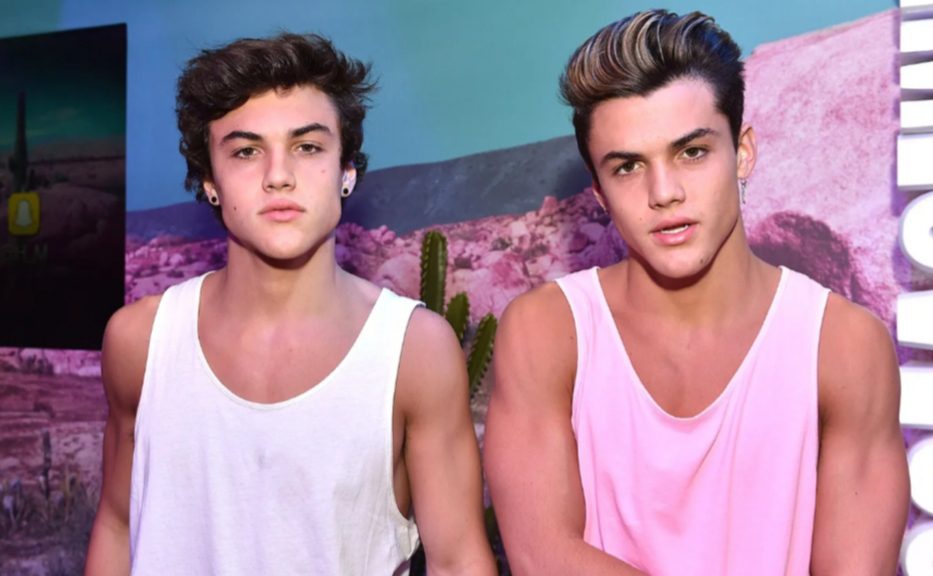 They are professional YouTubers where they post challenges, comedy videos and it earned them a lot of fame. Both the twins are good-looking and have stolen the hearts of millions of female fans across the globe. Those teenagers who are quite active on social media platforms must know them. Now we shall talk about them, their career, and their relationship status.

Peek into their career: The Dolan Twins’ Career and Achievements

The Dolan Twins grew up in the Long Valley region of Washington Township, Morris Country, New Jersey. Both the twins earned fame after making videos on the video-sharing app called Vine. They have about 6.4 million followers on Vine. The Dolan Twins shifted their career to YouTube. Even here, they have achieved 10.5 million subscribers who love them a lot. 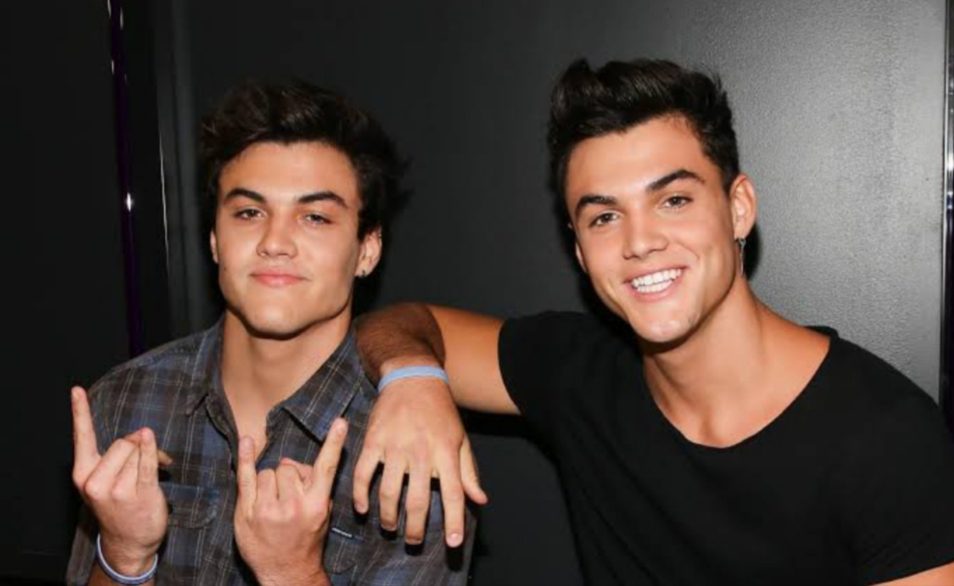 In 2016, The Dolan Twins won Teen Choice Awards for YouTube. After two years, in June 2018, they formed the group Sister’s Squad, where the members collab with each other and create content. The other fellow YouTube’s and influencers of the group are James Charles and Emma Chamberlain. The four simultaneously posted videos on Youtube. The members got featured on YouTube Rewind 2018. The Sister’s Squad got nominated for a 2019 YouTube Ensemble Shorty Award. The twin brothers also directed a music video for the Australian alt-pop group Cub Sport in August 2018. In 2019, they won Choice Comedy Web Star.

Their YouTube account holds 10.5million subscribers. People love them for their comedy challenging videos and vlogs. The Dolan Twins lost their father Sean Dolan on 19th January 2019. Sean Dolan was a loving teacher, principal, coach in many schools in New Jersey. In March 2018, The Dolan Twins took a break from YouTube and had uploaded a video “Bye For Now”. Though their break didn’t last long as they came back in May 2018. They had taken a short break to focus on their lives outside YouTube and create new content.

Why did The Dalon Twins decide to quit YouTube?

In January 2021, both confirmed to quit YouTube. It was a shocking announcement for their followers and subscribers. They claimed that after becoming so famous, their life had changed. Ethan Dalon also stated that due to this, he lost many friends and relationships. Their mental health was getting affected due to the pressure of making videos.

They created their own unisex perfume brand Wakeheart.

Also read: Who Is Elliana Walmsley Dating? The Youtube Star Opens Up About Her Relationship!

Relationships of The Dalon Twins: Are they dating anyone?

Grayson Dalon previously dated Elizabeth Seward. Both of them are very much private in their relationship. It is heard that they aren’t dating each other anymore. At present, Grayson is single and most probably he is enjoying his singlehood and focusing more on his career.

His twin brother Ethan Dalon is dating an Australian influencer, Kristina Alice. Both started dating in December 2019 but Ethan had confirmed their romantic relationship on Youtube in October 2020. Kristina is seen to appear in The Dolan Twins music video Hawaiian Party. Both of them are very much private about their relationship. But still, Ethan didn’t forget to give hints about his girlfriend to his fans. In a Youtube video, they were made to answer Yes or No on the assumptions made by their subscribers. There was one assumption saying ” Ethan is in a committed relationship “. To this assumption, Ethan had replied ” Yup ” which confirmed his relationship. Grayson said, ” Kristina is like a sister to me, she is a pleasure to be around in the house “. Ethan likes to show off her girlfriend and once he had stated that he has become a better person because Kristina influenced his life. 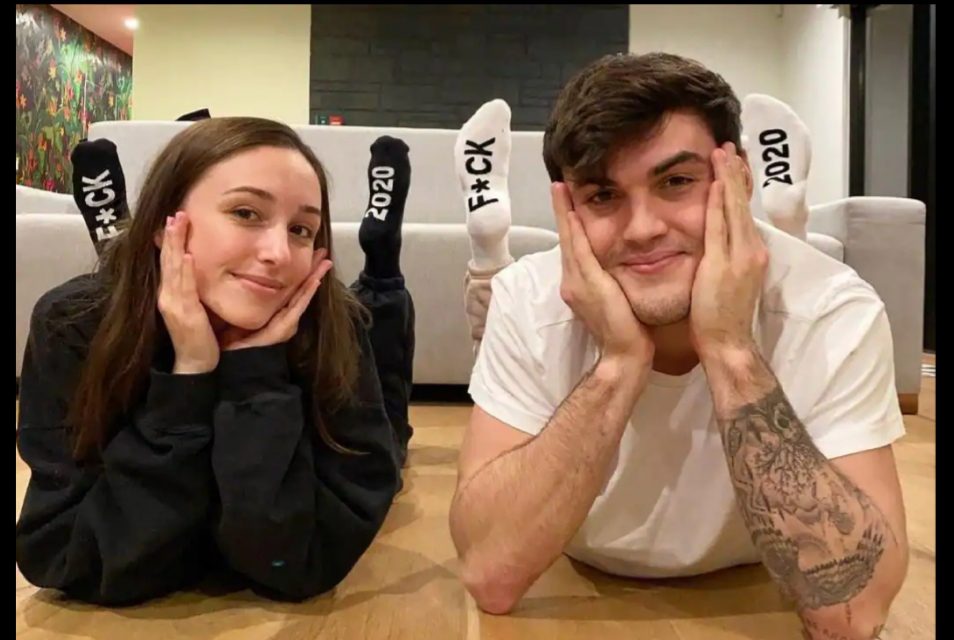 Ethan Dolan with her girlfriend Kristina

Their fans are very much happy about whatever they are doing at present. We all are happy to know about Ethan’s healthy relationship and also Grayson’s determination towards a career.

Also read: Why Did The Sister Squad Break Up? About The Former Youtube Team