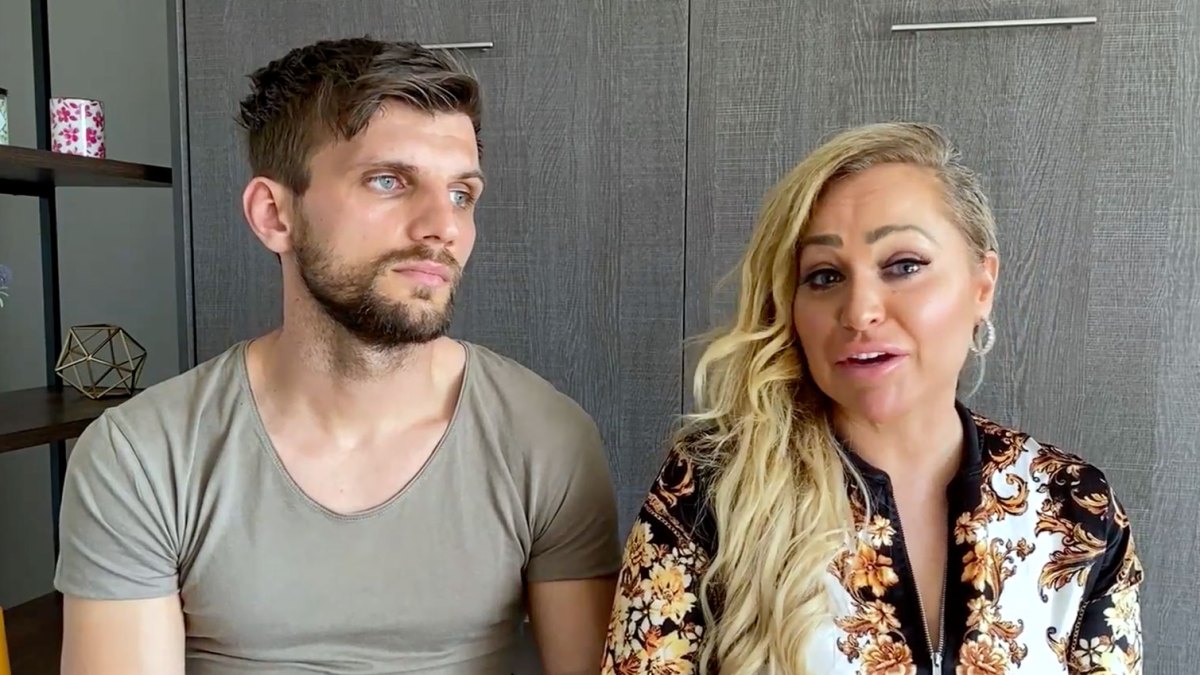 In this article, we will answer the question regarding the 90 Day Fiancé question: Are Stacey and Florian Still Together? Firstly, 90 Day Fiancé is a TLC reality television series that follows couples who have filed for or obtained a K-1 visa. Which is only accessible to foreign fiancés of US residents, and therefore have 90 days to marry one other. The show began on January 12, 2014. And 90 Day Fiancé renewed for an eighth season, which will drop on December 6, 2020.

Despite reports that the pair’s relationship was coming to an end, the Season 2 teaser depicts the couple contemplating fertility and pregnancy. Furthermore, in an interview, Stacey discusses her marriage to Florian, revealing that they are still married and well. “Florian and I are having a great time as newlyweds. “It’s been a whirlwind,” she said. The reality star also said that they married during the epidemic and that it was not her “ideal wedding.” But she’s happy they took their vows and are on this wonderful adventure together.

Differently from 90 Day Fiancé star Darcey Silva, who had one unsuccessful romance after another, her twin Stacey Silva was with Florian Sukaj for five years until the Darcey & Stacey season 1 infidelity scandal. The proprietor of House of Eleven was in a lot of trouble because of a lady named Shanti Zohra. Who claimed Florian slept with her soon after the Albanian guy came to America on a K-1 visa. Stacey stood by Darcey as she coped with a new relationship with Georgi Rusev. Only discovering about his marriage. And she refused to question Florian’s love for her. But, in season 2, are Stacey and Florian, who wedded against all odds in the Darcey & Stacey season 1 finale, still together?

Stacey made her debut on 90 Day Fiancé: Before the 90 Days when her twin dated Jesse Meester. She is most known for being the mirror image of 90 Day Fiancé legend Darcey. Thanks to their powerful twin telepathy, the Darcey & Stacey leads have been outspoken about their desire to young, foreign males. Florian, 30, was the ideal companion for Stacey, 46. Stacey, a mother of two sons, met Florian first via Instagram DMs and then in person in Albania. Stacey and Florian were engaged in only ten days. They eventually tied the wedding knots on April 20, 2020, after the Shanti controversy had died down. Florian’s scandalous photos with Shanti were enough to break up the 90 Day Fiancé star’s relationship. And they were followed by a film of him in the Belgian model’s hotel room.

A romance blighted by infidelity

Stacey and Florian married in April 2020 after a five-year engagement. The couple was already worried because their marriage happened during the coronavirus epidemic. Stacey was even more upset after discovering his adultery. Nothing, however, can prevent a Silva sister from focusing on her prize, as Stacey seems to have shown by keeping her marriage to Florian together for almost a year. A Darcey & Stacey season 2 sneak peek released by E! shows Florian working on his modeling portfolio so he could help out financially once his work visa is granted.

Also Read: Are Shane And Lacey Still Together, Where Are The Reality Stars Now?

“I’m not going to do this alone,” Silva says solemnly to the cameras as she begs Florian to show off his “sexy eyes,” “snatched jaw,” and abs during the session. The Darcey & Stacey star recalls their quarantine wedding in a flat, but Florian adds that he is looking forward to their “Cinderella moment.” Keep reading to learn more about how this couple deals with their problems through the thick and thin.

The couple plans ahead, through the thick and thin

The pair also discloses that they are relocating to a larger apartment while planning their future. And Florian admits the wonders of marriage. Stacey’s husband finds it “difficult to describe.” But he seems to like the idea that he gets to “have someone for entire life in heart and glad to be happy.” Stacey finishes his statement by saying, “You have your love, best friend, and teammate for life.” Stacey describes Florian as “like a brother” to Darcey, who was wounded by her connection with Georgi.

On the other hand, Stacey seems to be “in a better place” as she wishes for her Darcey & Stacey twin to continue remaining strong and finding out what she wants in life. Stacey says, “Nobody’s relationship is flawless. And we realize that.” And adds, “It was painful when that lady attempted to create a controversy, tried to destroy our relationship.” Shanti resorted to shading Florian on Instagram again in November 2020. But Stacey seems to have worked her way through it as well.

Also Read: Are Farmer Andrew And Jess Still Together?