On 28 September 2021, Siannise had captioned a post that also says that she and Luke T are very compatible, and so is their music taste! 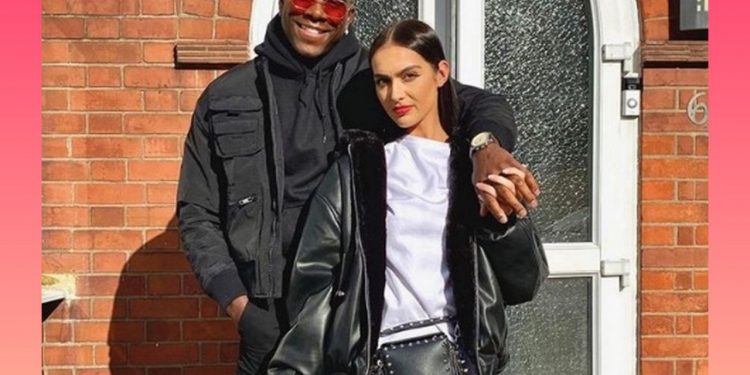 In the sixth series of Love Island, fans have witnessed some of the most adorable couples who had not allowed themselves to limit their interesting chemistry only up to the show but have also kept the spark alive even after the conclusion of the series. And one of those couples who have always grabbed the limelight on the show is Siânnise Fudge and Luke Trotman. Interestingly, this couple was also announced as the runner-up of the series. But now the question which is capturing our attention is, are Siannise and Luke T still together? And if you, too, are curious to know more about this couple, then follow us as we dive through this article!

Well, before we jump on to the main question of today’s topic, let us know a little bit more about the show that had brought them together. So, Love Island is a British dating game show. And it is a kind of renewal of the earlier celebrity series of the same name. Over the years, this show had witnessed both applause as well as controversies. But still, it never fails to amaze us. Regarding the gameplay, the contestant group is called Islanders. They are made to live in a villa in Mallorca.

And the interesting part is that the Islanders, as the name suggests, are kept away from the touch of the outside world. However, each of them is constantly under video surveillance. But if the Islanders want to survive on the show, then they have to couple up with other Islanders. And that bond can be based on any grounds, whether it can be for love, friendship, or even money.

During the series, they can also re-couple and change the partners, but if the contestant is left single, would get eliminated. Elimination would also depend upon the public votes. The show also follows a series of challenges to prove their physical as well as mental ability. And finally, the couple which would win the overall show would be bagging a total of $50,000. And Siânnise Fudge and Luke Trotman made it quite long but unfortunately have lost to Finn Tapp and Paige Turley. But the interesting thing is that they have tried their best to make their relationship more than just for namesake, and even after the show, they kept dating each other. But lately, some unfortunate news claiming their break up has paved the way. So, are Siannise and Luke T still together? Let us find out!

The rumors about their break-up!

Well, this is not the first time that such type of rumors has paved their way. Once earlier, also similar kinds of rumors had covered the air of the internet when Siannise and Luke T were quite inactive on their social media handles, which had made their fans restless. Following which the comment section of their posts were full the questions asking that are Siannise and Luke T are still together? At that time, it was Siannise herself who had shut those rumors by saying that she was still a human being! And if on some days she is not feeling like posting anything, then it’s okay! She assured her fans by saying that if they don’t see it on social media, then it doesn’t mean that the things had started falling apart.

At that time, she had also stated that the couple was thinking of taking a step forward to strengthen the grounds of their relationship. And very soon, we would be hearing the wedding bells. But as of now, nothing such good news has paved the way. Moreover, this time Siannise had also posted something in favor of the ongoing rumors. But what she had posted, and are Siannise and Luke T are still together?

Are Siannise, and Luke T are still together?

Lately, again the rumors regarding the separation of Siannise and Luke T had knocked us. And when Siannise posted a message which said not to ignore the red flags in a relationship, the rumor about their break-up had spread like wildfire. Moreover, in that message, she had also urged us to learn from the mistakes she had made. She had also changed the caption of one of her photos with Luke T. She changed it to a white heart which earlier was a sweet love quote.

By now, most of her fans are assured that they have separated their paths. However, they both have not announced anything officially. And so, we can only wait for the final confirmation!