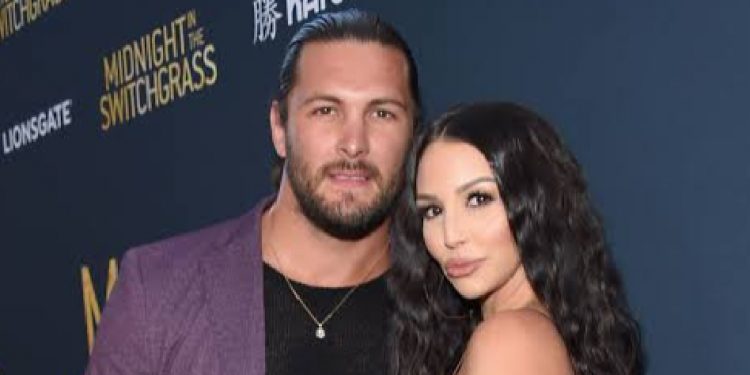 Fans of Vanderpump Rules have been following cast member Scheana Shay’s search for the right man for years. Scheana has always been unusually all-in when it comes to her slew of relationships, from her tragic divorce from longtime lover Michael Shay to soap opera artist Rob Valletta, whose skills include mounting a television on a wall in less than seven minutes and reality sensation Robby Hayes. Fans are really curious to know “Are Scheana and Brock Married?” However, until her boyfriend Brock Davies, she couldn’t manage to find a companion that shared her interests.

When Scheana announced that she and Brock were engaged in July 2021, fans were delighted. Brock and the Vanderpump Rules superstar have a daughter together, Summer Moon, and plan to marry this year. Fans have gained some glimpse into the couple’s home life with their new bundle of joy during the new season of the series. Their romance appears to be bound for the wedding, and she intends for her marriage to last a lifetime. This time, Scheana has made it clear to Brock that she wants a prenuptial agreement before they marry. Continue reading to learn more about Scheana and Brock, as well as when they plan to marry.

Are Scheana and Brock Married?

Scheana and Brock have not yet married. However, they are engaged to each other in July of the year 2021. Scheana was previously married to Michael, a high school friend-turned-boyfriend, in 2014. However, the famous couple called it quits in 2016, a moment that was ultimately featured on Vanderpump Rules season 5. In 2017, their divorce was finalized.

Scheana started dating Brock Davies two years later. Summer Moon was born in April 2021, and the couple married a few months later in July. Brock also planned a surprise proposal for Scheana after they went home from signing their prenuptial agreement. He took her out to their patio, which was adorned in rose petals and balloons, after blindfolding her and guiding her into their residence. Brock told Scheana that once she answered yes to his proposal, he planned to stage a “surprise shotgun wedding.” So yet, they haven’t tied the knot.

Who Is Scheana Shay?

Scheana Shay, born Marie Shay, is an actress, singer, and podcast presenter from the United States. She has starred in the Bravo reality series Vanderpump Rules. Shay earned a bachelor’s degree in broadcast journalism from Azusa Pacific University. Scheana was born in the city of West Covina, California, on May 7, 1985. Scheana has worked in her field for a long time.

Shay has amassed a significant amount of wealth as a result of her career. Shay got her start as a guest star on shows including Greek, Jonas, Victorius, and 90210. She played Angel Tomlin on three episodes of Anthology in the television series Femme Fatales. Shay joined the cast of the reality television show Vanderpump Rules as a regular cast member the next year, in 2013. Scheana moved to Las Vegas for a few months and starred at the Anthony Cools Theatre at Paris Las Vegas in the stage production “Sex Tips for Straight Women from a Gay Man.”

Who is Broke Davies, And Where Did He Come From?

He was born in New Zealand to parents who were of European ancestry. He started playing at a young age. Davies began playing professional rugby at the age of 19, according to his official website. He had given up his rugby career at the age of 21. He played professional rugby in both France and England for three years. Davies moved to Australia when he was 23 years old. He then relocated to the United States. Broke relocated to the United States to further his education and pursue a career in the National Football League.

He enrolled at Colorado State University and joined the Pueblo Thunder Wolves of the American Football League. He was important in the team’s six-consecutive Conference Championships. Broke is currently employed as a personal trainer in California. He has a muscular body that weighs 113 kg. In addition, the former rugby player is 6 feet 1 inch tall. He has six-packs and biceps that are well-toned.

Vanderpump Rules is a popular American reality television show that first aired on Bravo on January 7, 2013. It is a nine-season spin-off of The Real Housewives of Beverly Hills that stars Lisa Vanderpump and the staff of her West Hollywood businesses SUR Restaurant & Lounge, Pump Restaurant, and Tom Tom Restaurant & Bar. The show’s success spawned the spin-off Vanderpump Rules: Jax & Brittany Take Kentucky, which stars Jax Taylor and Brittany Cartwright, both former cast members. Bravo publically announced on April 27, 2021, that Vanderpump Rules would return for a ninth season. Season 9 began production in May 2021 and debuted on September 28, 2021.