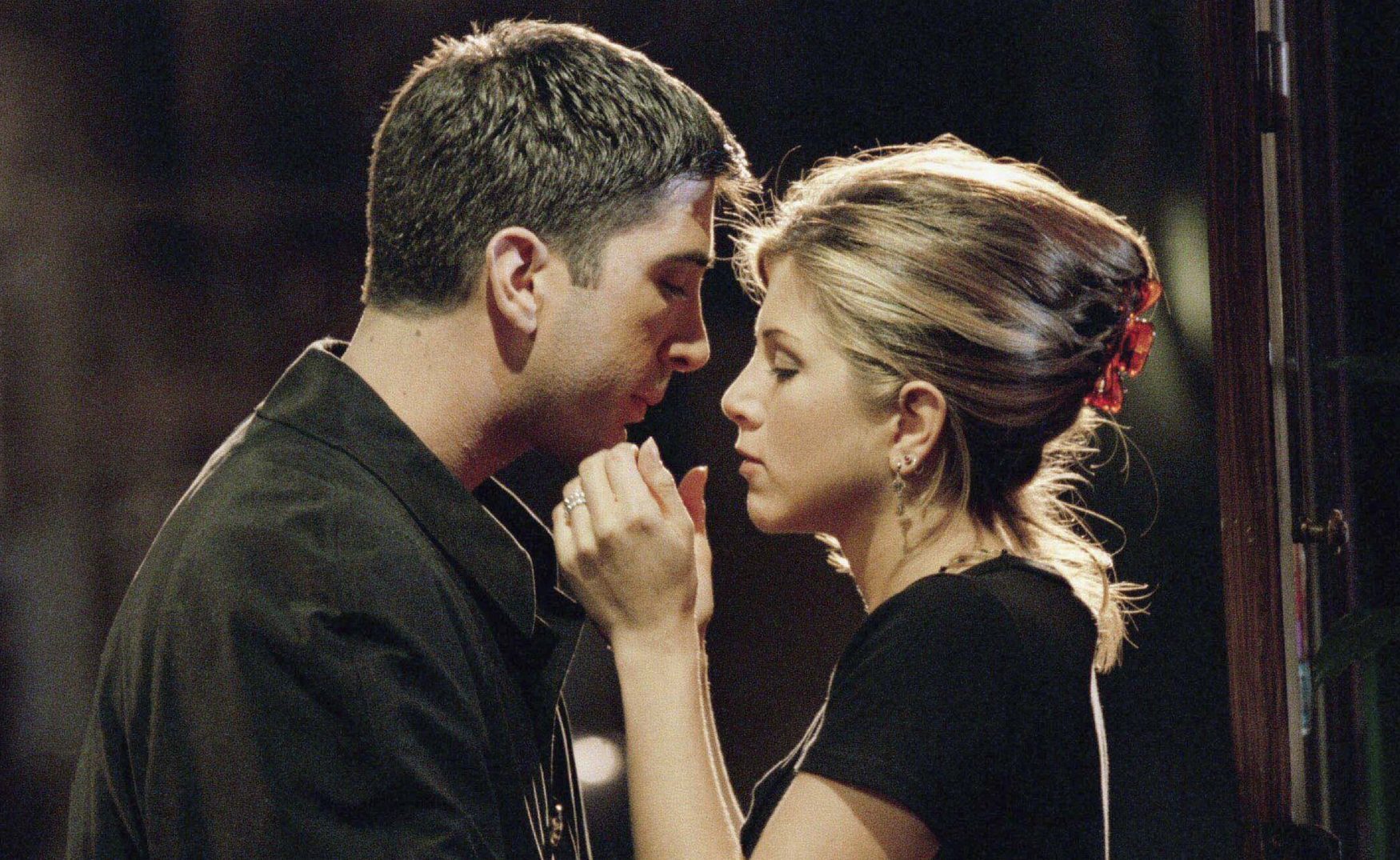 So The Friends is one of the American series which is loved by the whole world. It was started in the year 1994, and it has a total of 10 seasons. It is about 6 friends, and they are at the stage of their life where they are finding love, jobs, and lifelong partner. The series is about the time where your friends are actual family. The series has 6 main characters named Monica Geller, Rachel Green, Phoebe Buffay, Ross Geller, Chandler Bing, and Joey Tribbiani. Friends ended in the year 2004, which was quite emotional. And after 17 years, they united on Friends Reunion on May 27th, 2021. Friends have been watched over a million times. It was on the top for the straight-six years. It has got a total of billion of views, including every platform. 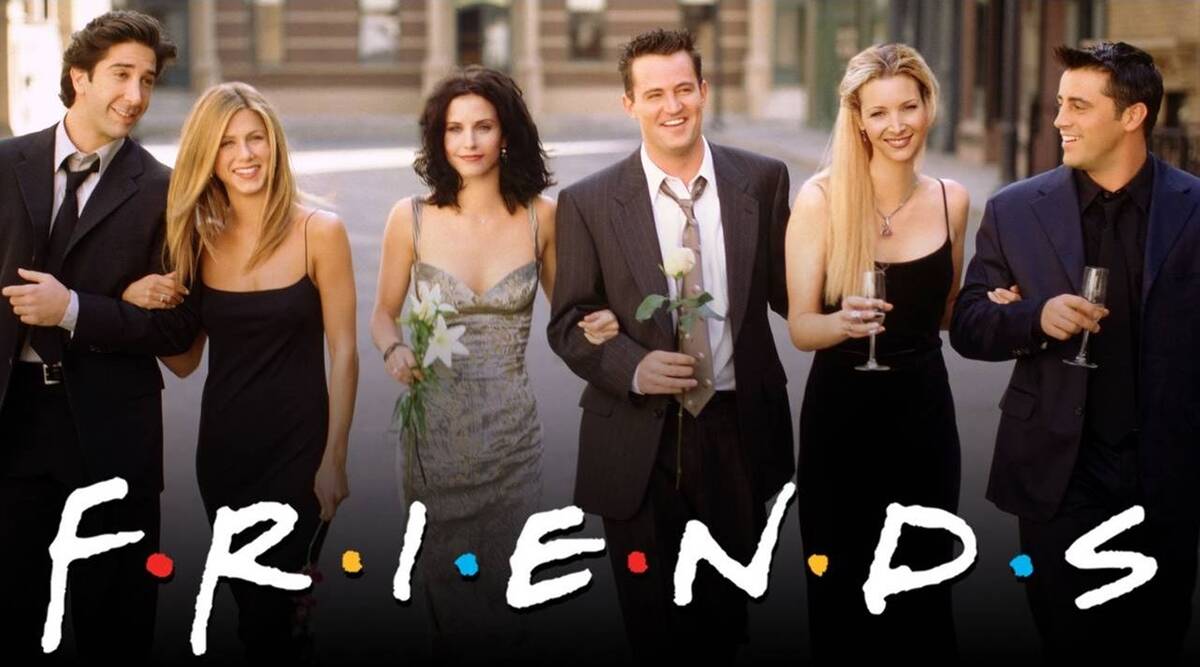 Also Read: Are Hugo And Amy Still Together: Are They Back?

Are Ross and Rachel in a relationship?

It has become a global question now that is Ross and Rachel dating in real life? Ross and Rachel are not dating. Yes, even in real life they are not in any relationship. Talking about their relationship, they are just friends. In one of their interviews, they said that they are not dating. They want their fans to love and see them as friends. David Schwimmer was portraying Ross’s character. And Jennifer Aniston was portraying Rachel’s character. On the stage of Friends Reunion, Jennifer and David told everyone that they liked each other. Yes, there was a time when they both have a major crush. And the on-screen chemistry was real. Fans loved to know that the chemistry between Ross and Rachel was real.

In the series, Ross has loved Rachel since 9th grade. But after many years, Rachel met him, and she also finds that he’s her lobster. For more than 2 years, they had a relationship. But after it, they broke up. It was such a hard moment for #roshchel fans. But during Monica’s wedding, they fooled one night, and Rachel is got pregnant. They decided to raise the baby together, and they did. Then, in the last episode of season 7, Emma was born, the daughter of Ross and Rachel. Again they parted because of some issues. But in the last episode of the Friends series, Ross stopped Rachel not to leave him. Both express their feelings to each other. 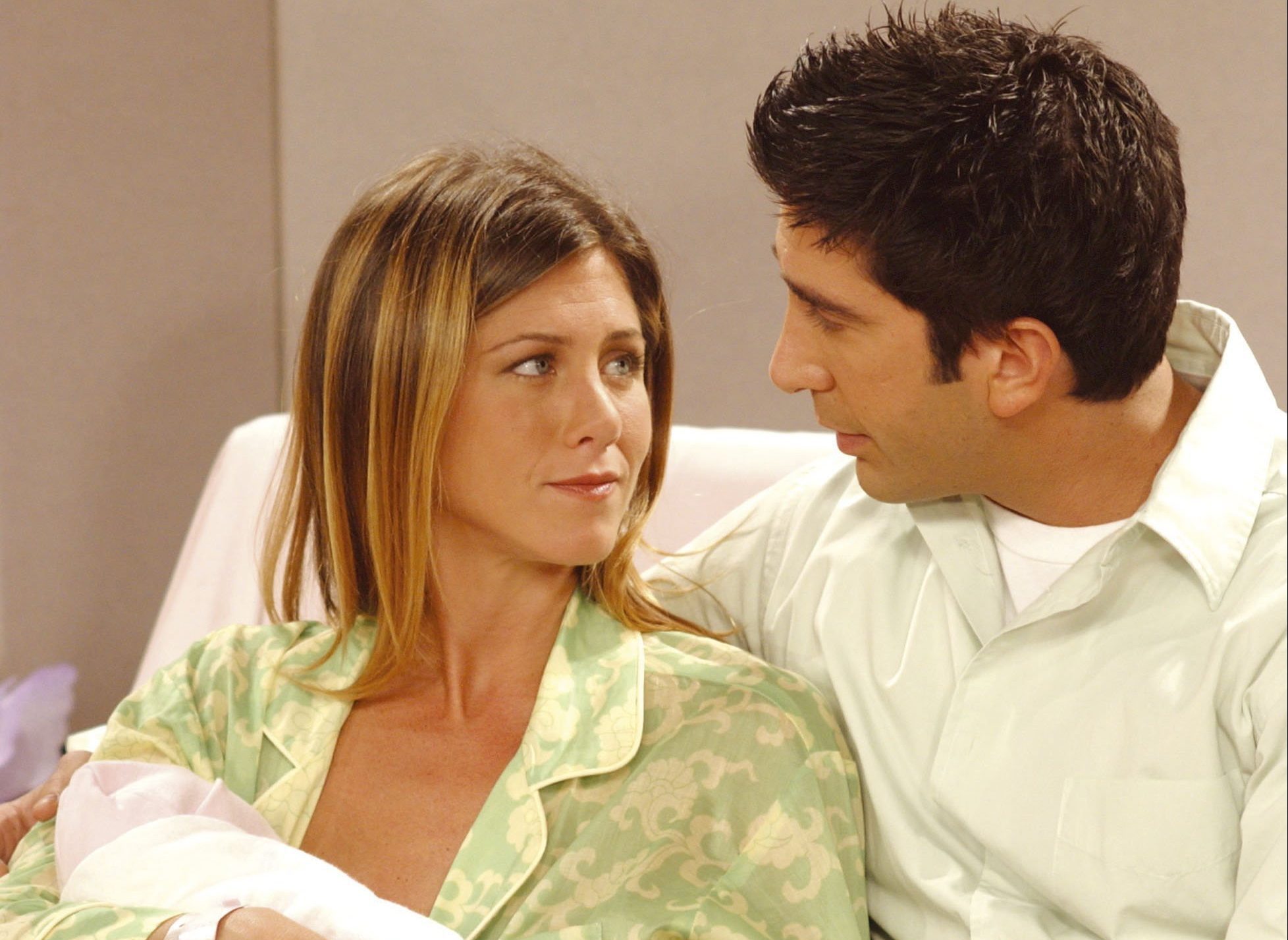 Ross and Rachel at the birth of Emma.

Friends were produced by Bright/ Kauffman/ Crane. It has received Primetime Emmy Award for Outstanding Comedy Series. There are hundreds of awards that are given to the characters and series. It has six main characters.

First is Rachel green. Rachel Green was the daughter of Dr. Leonard Green and Sandra Green. Rachel’s father fired her from his property because she ran out of her wedding. Rachel was in search of a job. After doing waitressing, she made to work in Bloomingdeals and then Ralph Lauren.

Ross Geller was the son of Jack and Judy Geller. Ross was a paleontologist. He was married to Carol, but she turned out to be a lesbian. Ross has a baby with Carol name Ben. Courtney Cox was playing Monica Geller’s role. She was Ross’s sister, and she was a cook. She falls in love with her best friend Chandler Bing and got married. Chandler Bing was Matthew Parry. He was living with Joey. Chandler falls in love with Monica and got married to her. He was best at making jokes.

Next is Matt Le Blanc as Joey Tribbinani. He was the actor and a single brother of his seven sisters. He was so loving and decent. Chandler was like his big brother to him. Then we have Lisa Kudrow as Phoebe Buffay. Phoebe was a twin of her sister Ursula. She was a masseuse. And she loves to sing. Her favorite song was “Smelly Cat”.

Also read: Who is Idris Elba’s Girlfriend? The Dating History of one of The Sexiest Man Alive