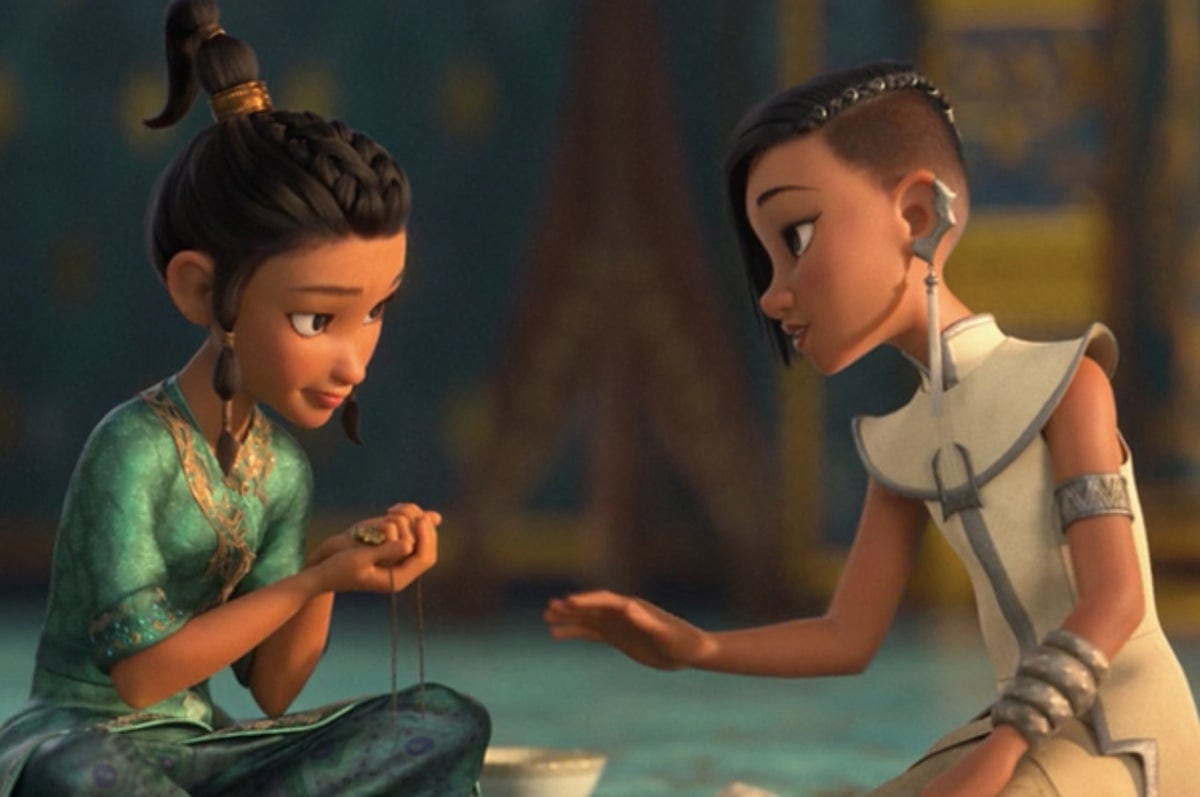 Disney’s newest flick Raya and the Last Dragon is making headlines for all the right remains. While the movie is grabbing eyeballs as it has a Southeast Asian lead, the plot has made a few innovations. The enriching characters and the beautiful story of love, hope, and trust are being applauded by viewers. The story revolves around a young warrior Raya voiced by Kelly Marie Tran, who goes on a life-altering journey and ends up discovering more.

Raya is accompanied by her sidekick. Not to forget there’s also a talking dragon in the mix! The movie has been praised for its strong representation and the rich diversity that it puts forward. Not to forget, the plot leaves behind a big question mark about Raya and Namari’s equation. While the makers and lead voice artists had given some insights into their character. Disney movies are breaking stereotypes and this might be their big step. With a new warrior princess in the frame, what is new about this newest Disney flick?

Are Raya and Namaari Dating in Recent Disney Flick: What Do We Know About The Disney Movie?

As Raya encounters the fierce Namaari, they strike up an equation that has left behind a few questions amongst viewers.  The whole idea of friendship between two female characters is not only rare but has hardly been talked about is shocking enough! Producer Osnat Shurer opened up about how there wasn’t much to look at and it was shocking to them! 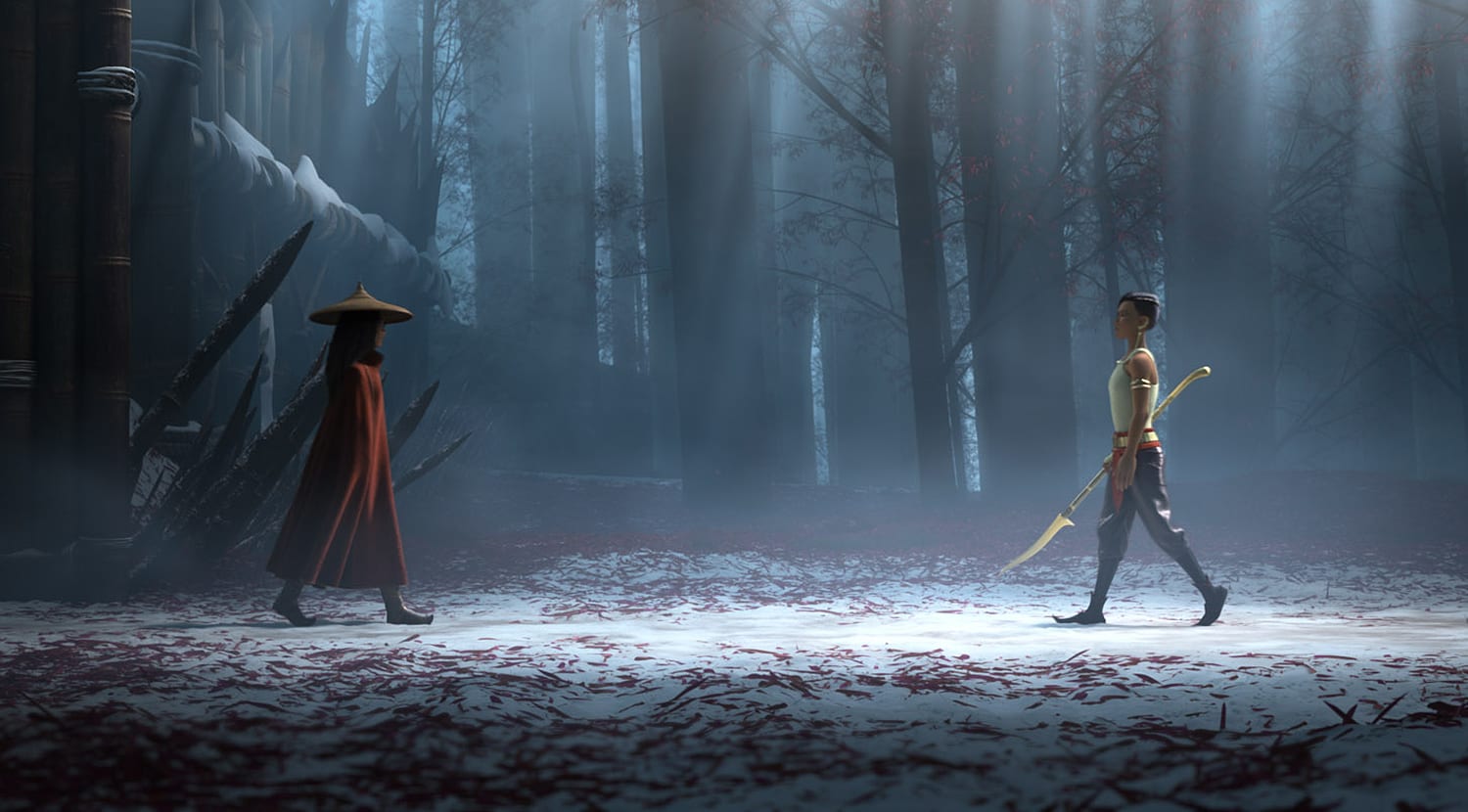 Shurer further explains how there are some great action characters in the mix. However, the problem is that most of these female action heroes do not have a sense of humor. As the producer points out they are not necessarily warm and not necessarily as flawed. While both Namaari and Raya are great warriors, there have been some differences in their upbringing that set the two apart.

The Lead voice actor has opened up about her character Raya’s sexual orientation. While her equation with Namaari has raised several questions, Kelly Marie Tran has an answer to that. The actress revealed that she decided that there was some romantic feelings going on between Raya and Namaari. While talking about how the lead character might not be a heterosexual character, it seems like the character might be a fresh new chapter of some big change ahead. If you haven’t already witnessed the new story, here’s the official trailer of the newest Disney flick in town!

Although the lead star herself interpreted the Namaari and Raya relationship as something more than a friendship That is not necessarily the official Disney line. Kelly Marie was elated after she was asked about this particular aspect of the film. As she went on record and admitted that she is obsessed with Namaari and is obsessed with Gemma Chan. Gemma Chan voiced Namaari’s character.

Also Read Who Is Draya Michele Dating Now? The Reality Television Star Has A New Man In Her Life!

Are Raya and Namaari Dating in Recent Disney Flick: What Do We Know About The Disney Warriors?

Some of Disney’s most fierce princesses have not centered their stories on any male character. Be it Moana or Elsa, however, fans are pretty much convinced that there is much more than a mere equation between Raya and Namaari. The fight scene has been pictured in such a dramatic way that it gives us a powerful insight into the two characters. The two get involved in a relationship that requires change, trust, and a growing friendship. This might be explored more if a sequel happens. 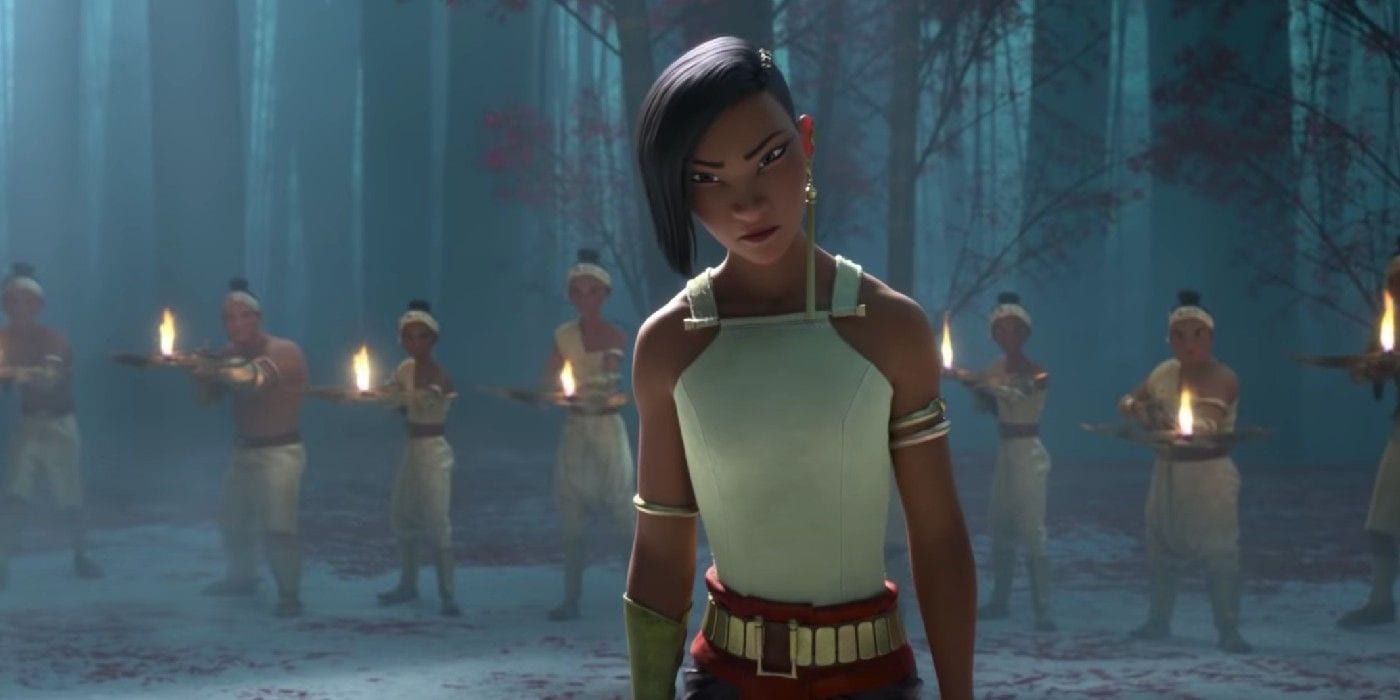 There is a general progression in Raya and Namaari’s equation. They are initially enemies and eventually become friends. Despite having all sorts of misunderstandings, Namaari ends up helping Raya and Sisu in their quest. The movie has an exclusive release on the streaming platform Disney+. The movie is breaking all sorts of stereotypes including Raya and Namaari’s growing understanding. These questions are left for interpretation and fans are free to look into the equation as per their liking.