are maddie poppe and caleb still together

In this article, we analyze this question: Are Maddie Poppe and Caleb still together? Firstly, Madeline Mae “Maddie” Poppe (b. December 5, 1997) is an American folk singer, musician, and season 16 winner of American Idol. She can play the ukulele, piano, and guitar. Poppe released an indie CD named Songs from the Basement before winning American Idol. Poppe’s debut studio album, Whirlwind, was published in 2019 through Hollywood Records.

Maddie Poppe and Caleb Lee were competing for the top place on the singing reality series in 2018 when they were teamed up for the famous Hollywood Week of auditions and felt an instant connection. Maddie had “won his heart” less than 24 hours later while wearing a chimp t-shirt. They decided to take the next step and began dating because they felt a deep connection that could grow into much more. However, since they didn’t want their skill to suffer or have an impact on the outcomes, Maddie and Caleb kept their relationship so hidden that no one suspected a thing, as they seemed to be friends.

Are Maddie Poppe and Caleb still together?

Maddie and Caleb issued an official declaration about their relationship after making it to the season finale as members of the “Top 3.” On the big night, right before they sang Israel Kamakawiwo’ole’s “Somewhere Over the Rainbow” together, the lovebirds revealed their relationship, shocking everyone. Maddie was declared the winner, with Caleb finishing in a close second. Despite this, they both agreed that the most significant thing they took away from the event was each other.

Following their triumph on ‘American Idol,’ Maddie, then 20, and Caleb, then 19, embarked on the American Idol Live! 2018 Tour together, where they were able to continue exploring their relationship while performing what they love. The pair got a taste of what life might be like by singing duets almost every night and subsequently appearing as solo artists, as well as completing other public obligations and gaining accolades. As a result, they knew it wasn’t the end, even when they had to say goodbye.

Are Maddie Poppe and Caleb still together?

Love endures all for this American Idol couple.

After all, their love has survived, although Caleb lives in Nashville and Maddie lives in Iowa. Of course, they had their share of difficulties, but neither the long-distance nor the COVID-19 worldwide pandemic stood in their way. Thus minor concerns had no sway. These events have only strengthened their love for one another, as shown by the lyrics of their unique songs. Several of their songs have been devoted to their romance for three years.

We should also note that Maddie and Caleb performed for the public for the first time in almost 16 months in June 2021, and it was as if nothing had changed, but everything had changed. Their connection is undeniably stronger, yet their genuine innocence remains. We’re hoping for wedding bells soon, and although the pair haven’t really contemplated it yet, they often joke about it while suggesting that they’ve met their lifemate. To be honest, watching them develop as people and as a couple has renewed our confidence in genuine love, particularly after hearing about so many breakups in the last year. 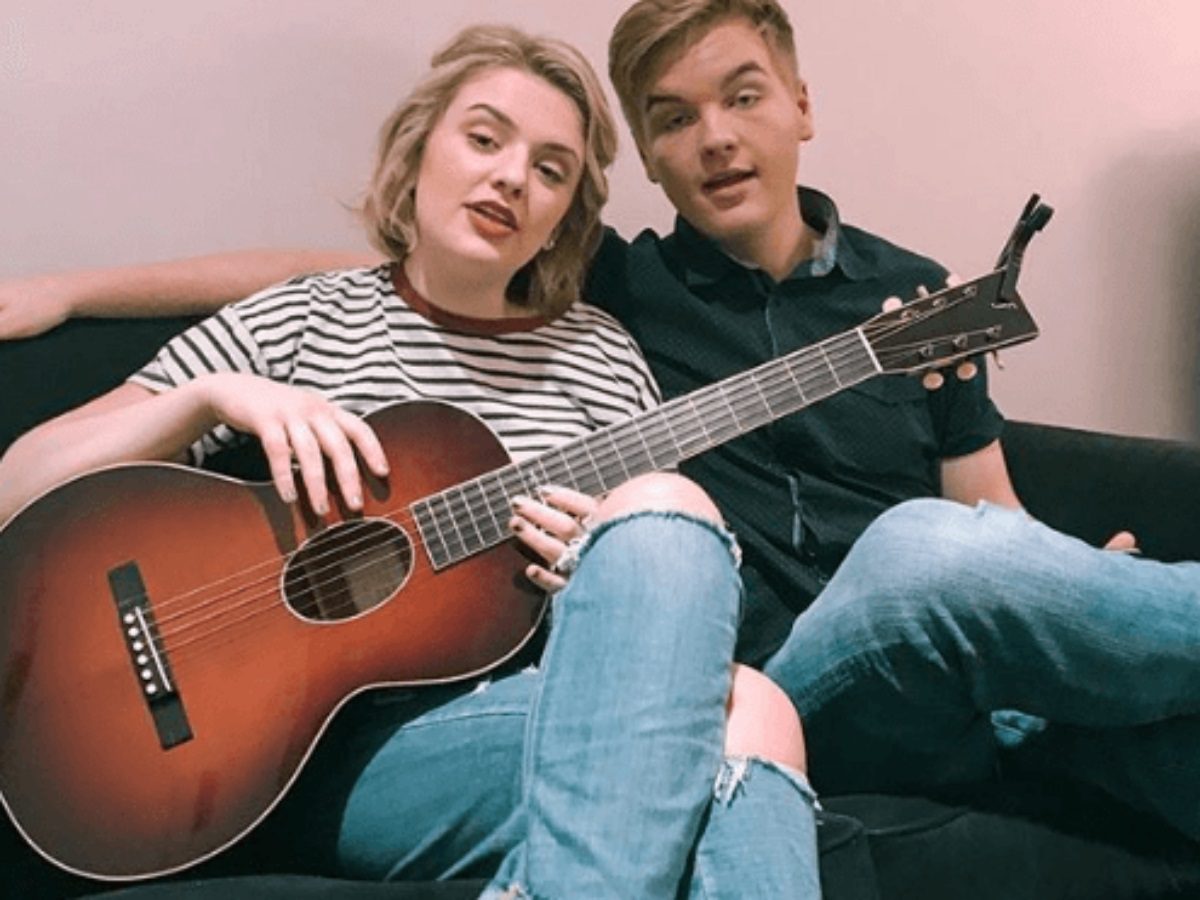 American singer-songwriter and multi-instrumentalist Maddie Poppe is a sensation. She came to fame for winning the sixteenth season of popular singing competition TV series ‘American Idol’ In 2018, she won ‘People’s Choice Award’ and ‘Talent Recap Fan Choice Award,’ for her performance in ‘Idol’ After winning the reality TV series, Poppe released her first studio album ‘Whirlwind’ through ‘Hollywood Records’ on May 17, 2019. Her net worth rounds north of US $5 million, with the bulk of her income resulting from her singing work.

Caleb Lee Hutchinson was born in Georgia on March 2, 1999. He appeared in the same season of American Idol as Cade Foehner. He began singing at the age of nine, playing guitar at the age of twelve, and composing songs at the age of thirteen. In 2016, he published the EP Country Music, and in 2017, he won the Georgia Country Teen Showcase. Caleb’s Net worth rounds north of US $1 million, with the bulk of his income resulting from his singing.