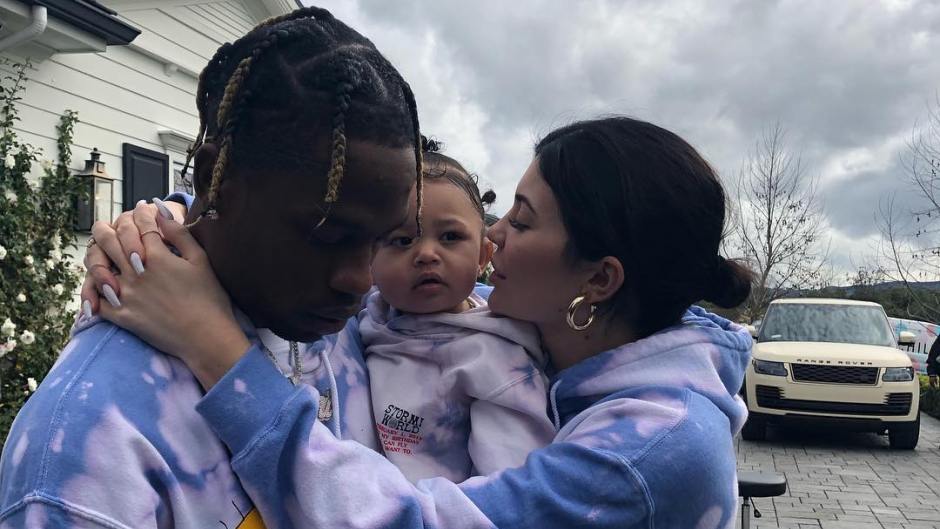 Kylie, travis and stormi posing for the media

“Are Kylie Jenner and Travis Scott back together in 2021?” is one of the most trending questions of 2021 as the youngest self-made billionaire announced her second baby last week. Fans expected the model to reveal this secret at this year’s Met Gala. But Kylie decided to reveal it through an Instagram post. The couple has always managed to keep their romantic affairs private but has never stopped making us jealous with their jaw-dropping photos on social media. Kylie and Travis announced their split two years back, stating that both of them wanted to focus on their careers, but whenever they were questioned about their relationship, both stars have always spoken well about each other and always told the media that they would take care of their daughter “Stormi” like any other normal parents.

Sources close to the Jenner family have stated that the couple is doing really well at the moment. And there can be a possibility of them getting back together romantic styles in the future. They are just inseparable when they are not working, claims the source. Kylie looks forward to this quality time with him and the rest of the family. 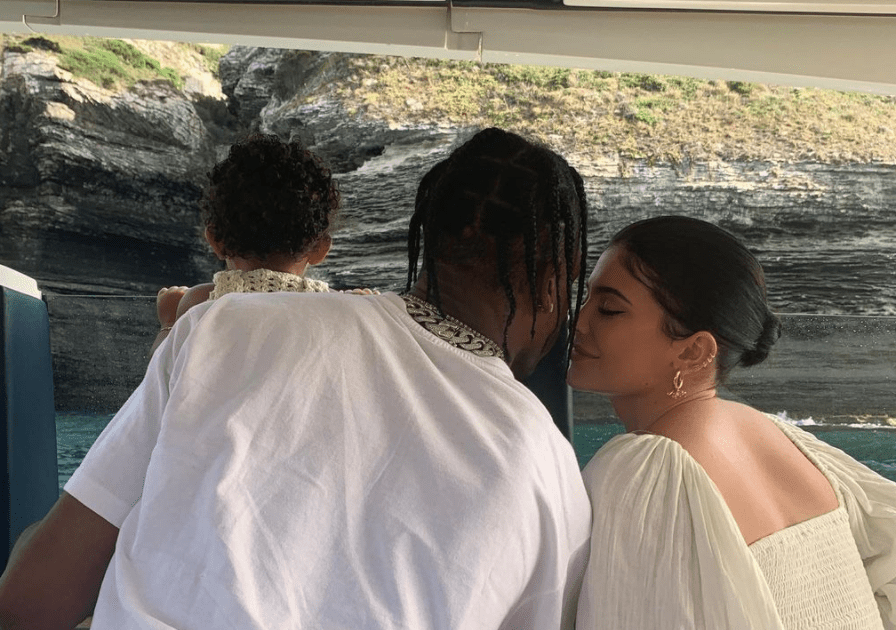 Are Kylie Jenner and Travis Scott back together in 2021?

Kylie Jenner and Travis Scott are inseparable. Though they have shifted most of their focus on individual careers. During father’s day, Kylie uploaded a picture of the family with a caption saying, “Happy Father’s day, Travis Scott, one day isn’t enough to honor the dad you are. We are so blessed to have you”. This shows that our favorite model cannot stop finding ways to appreciate and spend time with him. But that’s just not enough, as Travis has also showered her with his ways of affection. The 30-year-old top-selling rap artist threw Kylie a little birthday party on 10th August 2021, where he invited a bunch of her family members.

The star even posted pictures on his Instagram story with the caption “Wake up, it’s your birthday,” which shows us the level of excitement he had for the day. In – between the massive pregnancy reveals, the renting out of amusement parks, and expensive gifts, Travis gifted a huge yellow bus to their daughter “Stormi”. This gift was given to her only because the 3-year-old kept saying that she wanted to ride a big yellow bus. 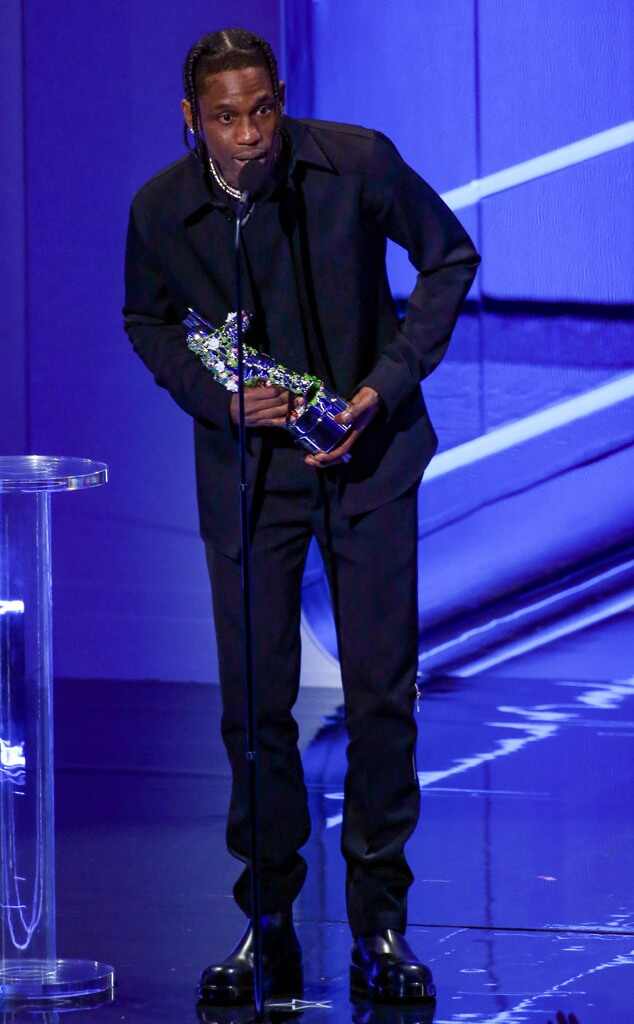 Travis Scott holding his trophy at the 2021 MTV VMA Awards

Travis just won the Best Hip – Hop for 2021 for his song “Franchise,” featuring Young Thug and M.I.A at the MTV’S VMA Awards 2021. The event was held on Sunday, 12th September, at the Barclays Center in New York. The star rode solo, as sources had already confirmed over the fact that Kylie was never going to attend the event. This being the case, Travis, during his award-winning speech, gave a shout-out to his 3-year-old Stormi and Kylie, who is the mother of his second child. He said, “I first wanna thank God, my mom, and Stormi. All the fans out there – I love you all so much”.

He did not mention Kylie directly but had a few words for love. “Before I go, I just want to tell you all, love is the biggest thing that we could ever hold. Spread love, and everything will be OK. Everybody to your left and to your right is your friends. I love you all so much!” To this, Kylie posted his photo on her Instagram story to show her support.

Kylie was seen spending time with her daughter almost entirely till she revealed her pregnancy. The reality TV star uploaded an IGTV video that showed her pregnancy test followed by Travis kissing her belly to show his way of happiness. The video included her mother, Chris Jenner, who claimed the day to be one of the happiest days of her life. The video reeled onto Stormi sitting beside her mother at the hospital as the duo heard the baby’s heartbeat. As they say, like father like daughter, our favorite 3-year-old was seen kissing her mother’s belly saying “Baby,” and smiling for the camera.