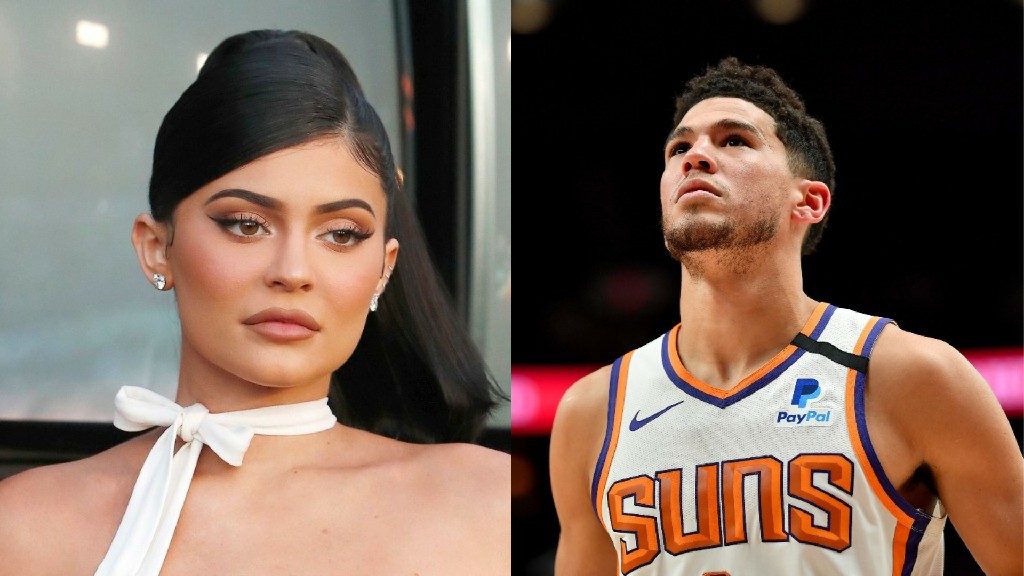 A celebrity-studded party at Nice Guy in West Hollywood saw the 23-year-old supermodel Kylie Jenner making an appearance. With several celebrities involved in the party, there has been confusion in the air following that day. Especially following the supermodel’s Instagram handle. She uses it to keep her fans updated with everything in the air. This time a story caused fans to rethink the star’s relationship status after a while. Formerly Jenner has dated Tyga from 2015 to 2017. Than Travis Scott with whom she has a daughter. So anyway let’s look at what’s the confusion and answer the elephant in the room “Are Kylie Jenner And Devin Booker Dating?

The year 2021 sees Kylie Jenner becoming one of the top supermodels to run a business of her own.  Starting from the show Keeping Up With The Kardashians, the show garnered quite an insight look into stars’ life. Anyway, recently the star took A-start studded party which saw some big names appearing. Apart from her sister Kendall Jenner and Devin Booker attending, the party included Justin Bieber along with Hailey Bieber, Megan Fox, and her boyfriend, Machine Gun Kelly, Drake, Chris Brown, Pia Mia, Amber Rose, and Kylie’s Ex Tyga.

The party wasn’t a problem but an Instagram story following, later on, saw Kylie and Devin Booker playing games together. The post created confusion on if both of them are actually dating. Anyway, let’s break it down.

Also Read: Who Is Spencewuah Dating After The Breakup With Luis Bergin

So the answer straight away is No. Not at all. Indeed currently Kylie Jenner is all single and not into dating anyone. Coming to Devin Booker, he is dating Kylie’s sister in fact, Kendall Jenner. They have been hanging out a lot and Kylie seems to be only tagging along much like the A-list party we mentioned above. 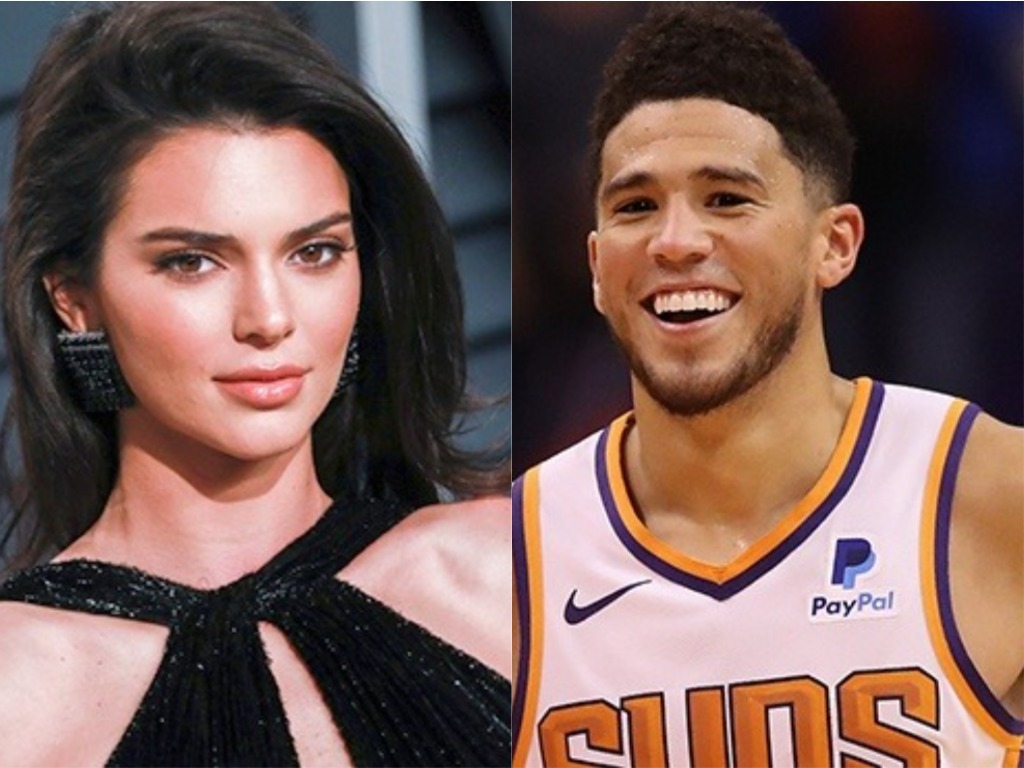 Of course, the video was bound to cause some confusion. Kylie and Devin Booker were seen quite enjoying the Arcade Basketball while Kendall took a backseat cheering them. Questions like is Kylie dating Booker hurled the internet and there needed much explanation. So clearing the fact again, that Kendall is the one dating Devin Booker, not Kylie. Check out their video below.

Who Is Kylie Jenner Dating?

As of now, no one. Kylie Jenner is enjoying her life hanging out with her family and friends and especially her daughter Stormi. She is quite enjoying success with the 2019 release of Kylie’s Skin. The last time she was in a relationship was with Travis Scott. They both are co-parents to their daughter Stormi. Their relationship began in April of 2017, with Kylie meeting Scott and Coachella and eventually spending the rest of the tour with him. 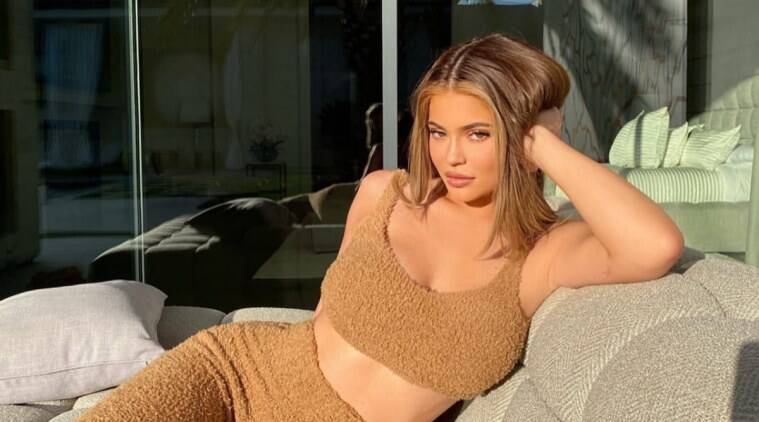 After several appearances in each other’s ventures and a daughter, the couple split in September 2019. The reason being the relationship was watched by millions. Thus, making it hard for them to be together. The couple spent lockdown together in Covid-19 Pandemic, but mostly being co-parents to their daughter Stormi.

Before Travis Scott, Kylie Jenner briefly dated Tyga. Their relationship ended due to age-related differences rather than not loving or in a big fight. Kylie wanted to spend her life differently at the young age of 20s.

The first nods to the relationship of Kendall Jenner and Devin Booker began in May 2018. The couple was accompanied by one friend of theirs each. After some appearances, the couple confirmed their relationship through keeping Up With The Kardashian. Kendall celebrated her 25th birthday and came up with a couple of pictures with Devin Booker. 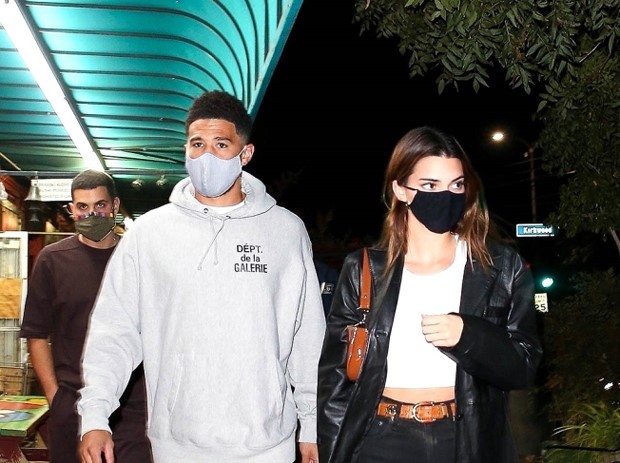 Kendell Jenner And Devin Booker On A Date In West Hollywood

After keeping their relationship mostly private for a while, Kendall and Booker started breaking off the lid. There were public displays of affection from both of them in Keeping Up With Kardashians. Kendall started attending basketball games of the NBA Star. Plus, the couple showcased their love for each other time and time again through Instagram pictures and stories.

So seems like for now with Kylie being single, she is just tagging along with her sister as they hang out with the NBA Star. While also including their friends time and time again.