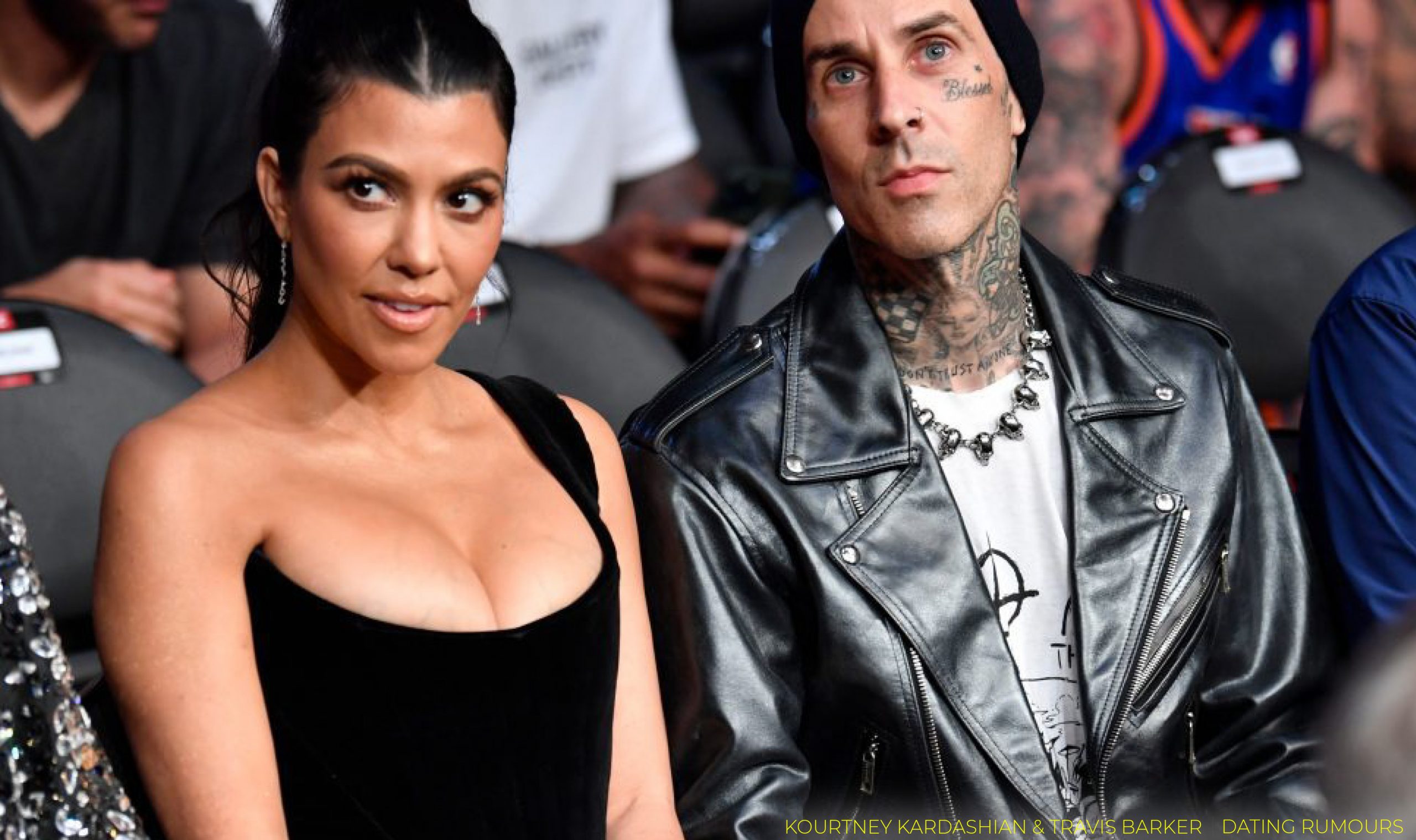 Are Kourtney And Travis Together? In January 2021, the rumors about their dating took the internet into the storm. Their fans could not believe that Kourtney and Travis are in a relationship as it does not look like a match. It’s hard to digest that the 41-year-old reality TV star is dating the 45-year-old former blink-182 drummer. They have been family friends for 15 years, and they live in the same block. Kourtney was earlier in a relationship with Scott Disick. She has three children with him named Mason, Penelope, and Reign, whereas Travis was married to Shanna Moakler, and he has two children with her, named Landon and Alabama. They say that their kids have already become good friends, which makes it easier for both of them.

In February 2021, the couple announced their relationship, and in April, they went on their first vacation with all of their children. Kourtney has also tattooed “I Love You” on Travis’s arm. Fans are expecting the engagement of the couple soon. Today, in this article, we will cover the details about Kourtney and Travis’s relationship. Kourtney and Travis have had a platonic relationship for years, and they stayed together as friends for a very long time, but recently something sparked, and their relationship has turned romantic. The couple has been spotted together several times.

For those who are curious to know everything from the beginning, here we go.

Travis came into connection with the Kardashian family in 2006 when he met Kim Kardashian. Later, Travis revealed to Us Weekly that he had a crush on Kim. He also adds, “How could you not stare at Kim? Mind you, I enjoyed hanging out with Paris, but I love curvy girls,” confesses the Fontana, Calif, native. “Kim was eye candy. I was no way disrespectful to Paris, but I couldn’t keep my eyes off Kim!”

Travis and Kim became good friends, but Travis always wanted more. He also admits that nothing ever happened between them. ‘Kim was so polite and kind that I wanted to be a gentleman around her,’ he says. 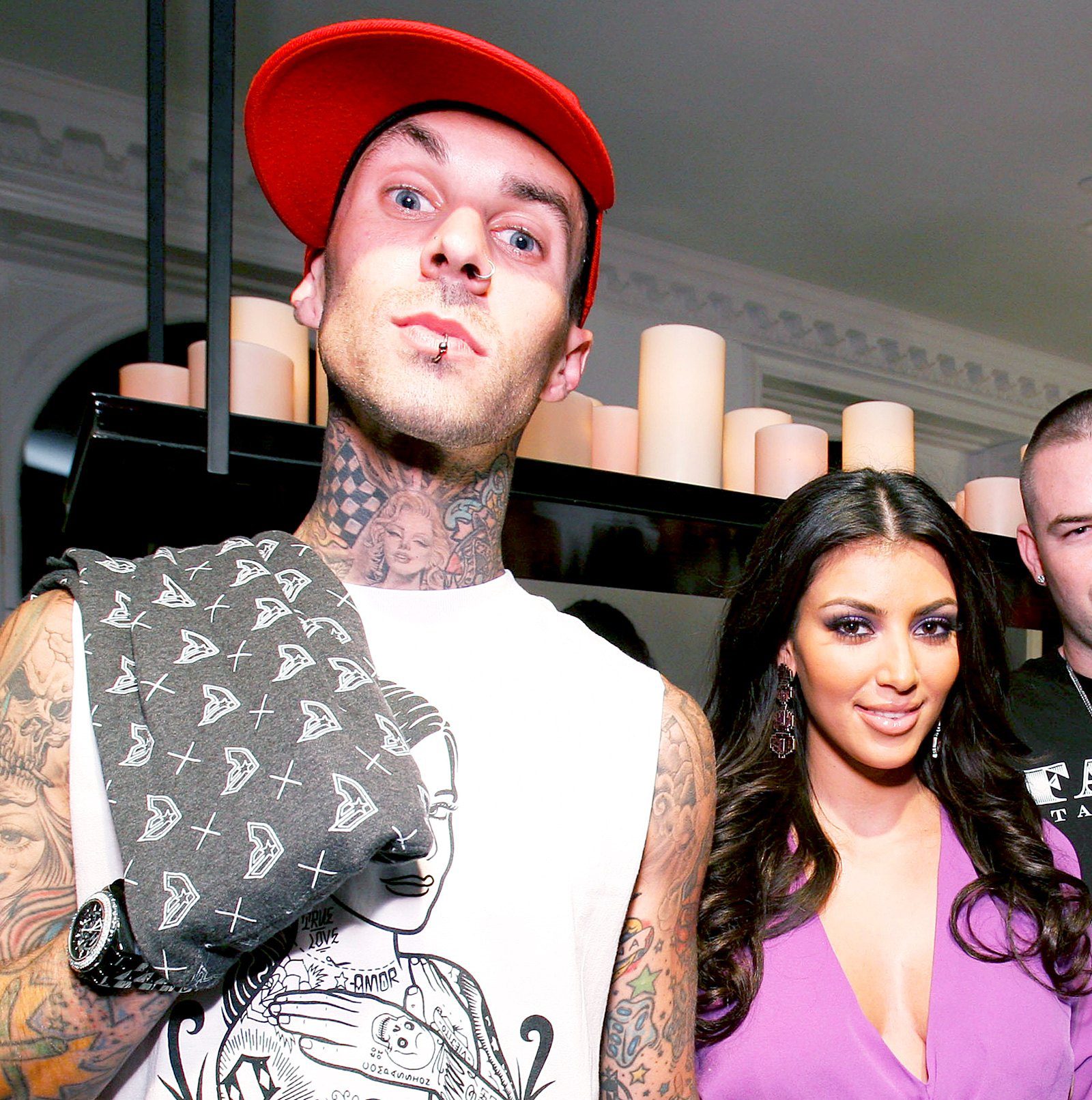 Later, the news of their friendship started to come out. In October 2017, Travis and his daughter, Alabama, went for a group dinner with Jennifer Lawrence and the Kardashian family. Alabama liked them too and said, “They are sweet.”

Kourtney and Travis were spotted hanging out together with friends. Throughout the years, the reports came out that Travis’s Children, Landon and Alabama, have become really close friends with Kourtney’s children, Mason, Penelope, and Reign.

January 2021: Beginning Of The Relationship

In January 2021, the reports came out that Travis and Kourtney are officially a couple. “They’re in Palm Springs together. They’ve been dating for about a month or two,” and an Insider states that Travis has like her for a while. 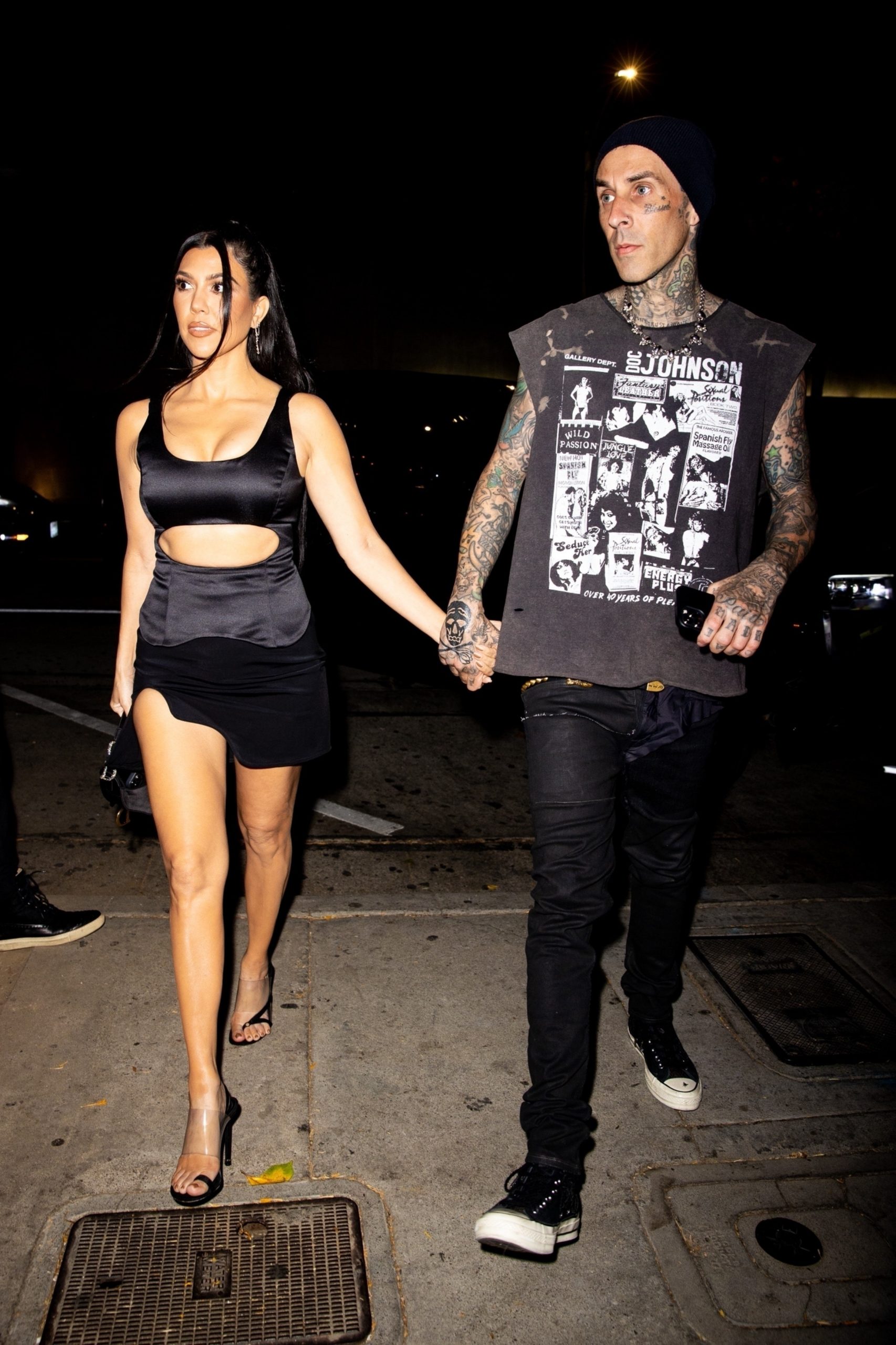 After being spotted several times, the couple announced their relationship through their Social Media posts.

Kourtney posted a picture of holding hands on Instagram without any caption. 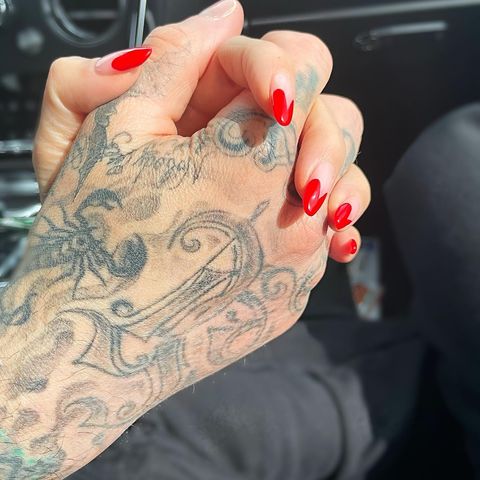 On March 4, 2021, Travis appeared on The Drew Barrymore show, where he talked openly about his relationship with Kourtney. Later, Drew asked Travis whether he is comfortable dating a woman who has kids or would prefer dating a woman who doesn’t have kids. Travis answered that he is happy with Kourtney, who is also a good mom. Moreover, he said that he has also dated women who do not have kids, but the problem that comes in the way is that they do not understand his responsibilities as a dad.

On March 29, 2021, Kourtney and Travis were spotted in Las Vegas at a UFC game, sitting in the VIP section. One of their fans took their video in which they both were being flirty with each other.

The duo took their relationship to another level when they went on a family vacation with all their kids. The family was also spotted snowboarding in Utah.

On April 9, 2021, Travis got Kourtney’s name inked on his chest. Kourtney posted the picture of the tattoo on her Instagram feed.

It seems that things are getting serious between them. However, no news is out yet about their wedding plans. 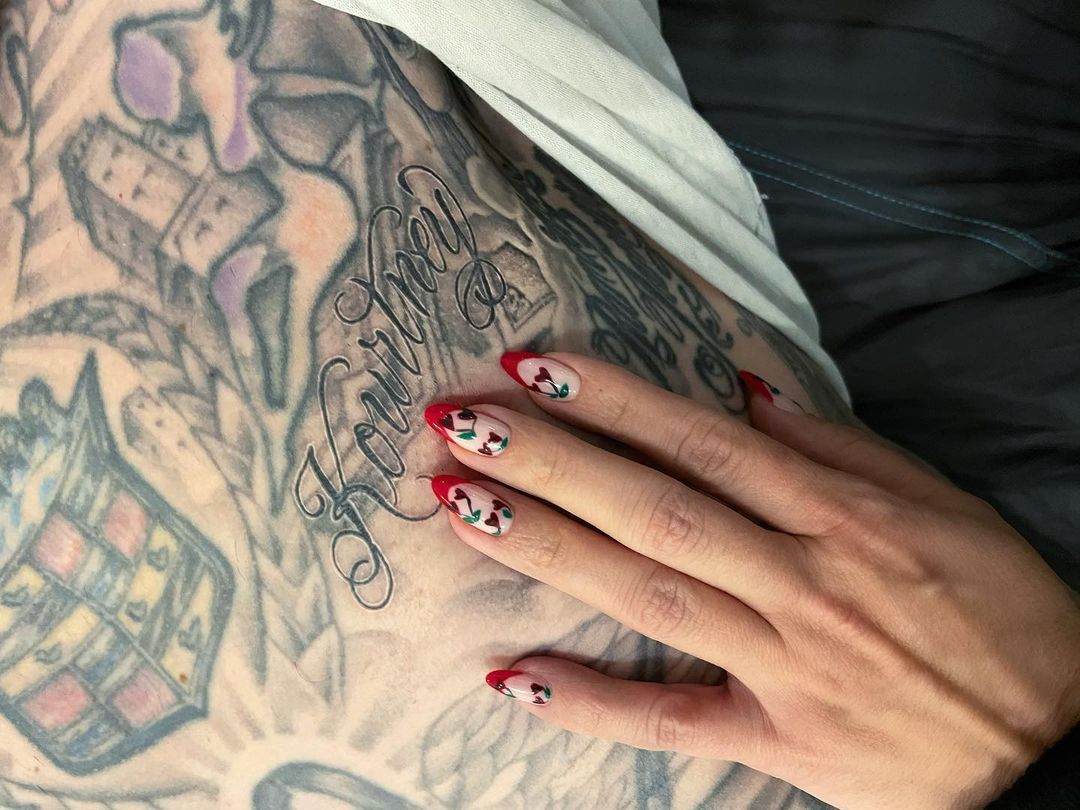 Travis got Kourtney’s name inked on his chest.

Also Read: Are Stacey and Florian Still Together? The Latest Update on The Couple – OtakuKart 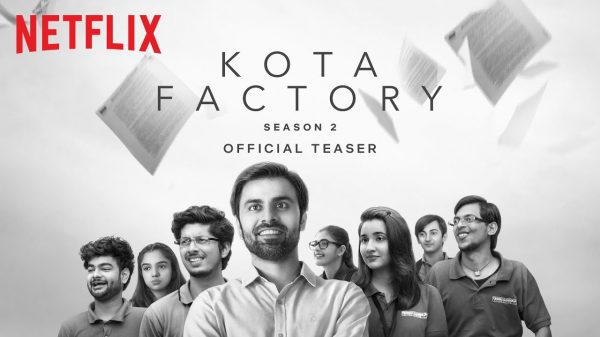 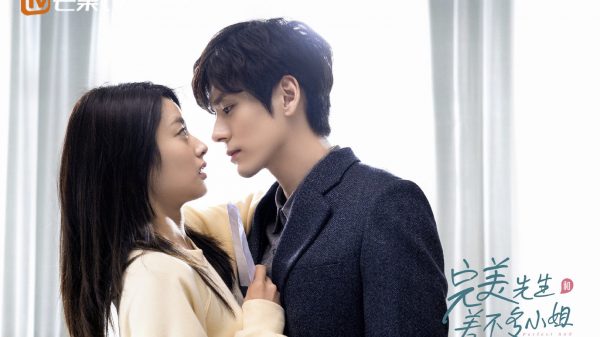 It has almost been a year since “Perfect and Casual” ended, and fans are waiting for an update on season 2. The Chinese drama... 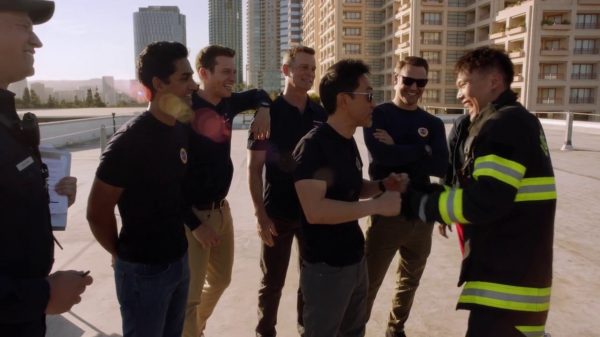 9-1-1 Season 5 Episode 1 will see the firefighters facing multiple emergencies at the same time. Furthermore, they come out in their different forms,... 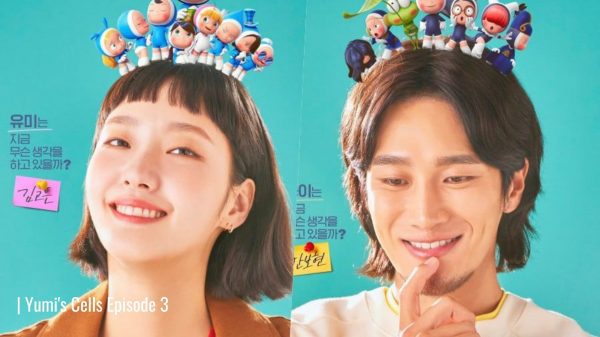 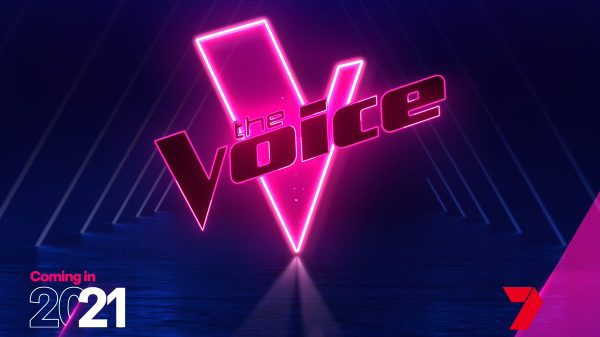 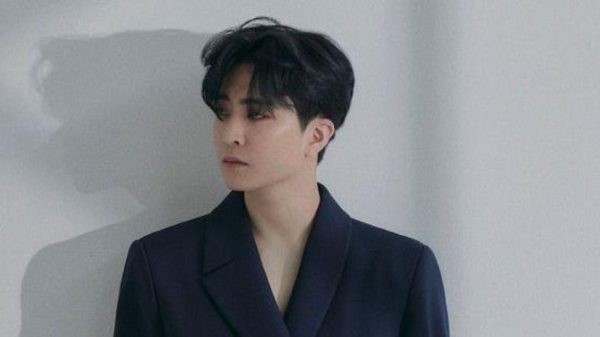