Are Kayla and Luke Still Together: All About Their Relationship! 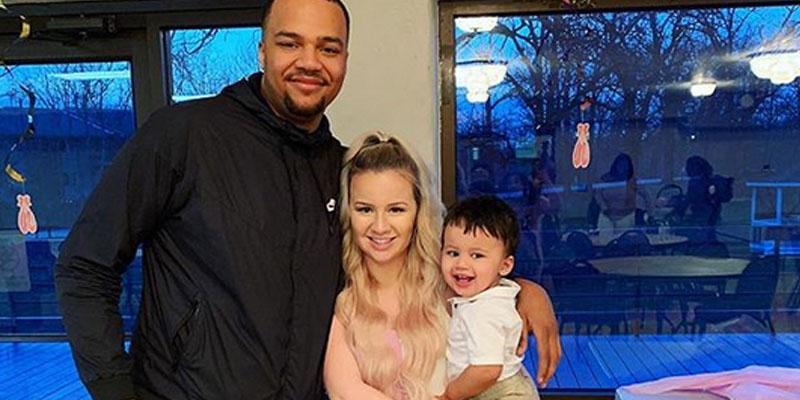 The couple Kayla and Luke enjoy a lot of popularity. They are best known for their participation in Teen Moom season 3. This took place in 2011. Kyla and Luke have known one another since high school. However, they were never together at that time. Because she had been dating Stephan at that time. Stephan was Kayla’s best friend and ex-boyfriend. Additionally, he was also the father of her first child. During Kayla and Stephan’s relationship, a boy was born. Izaiah was his name. However, Stephan was not so involved in the care of his son. As Izaiah was still a baby, Stephan was almost absent from his childhood. There were a lot of problems between Kayla and Stephan as a result of this. Finally, their relationship ended in 2018.

Kayla started dating Luke soon after she split up with Stephan. Their relationship was decent, to begin with. Izaiah, Kayla’s son, was adopted by Luke soon thereafter. The two of them then went to participate together in Teen Mom 3. Besides, They went through some ups and downs later on in their relationship.  Their relationship went through a difficult period. Soon, however, the issue was resolved. The couple welcomed their first child in August 2019. She was named Ariah. She was the first child of Luke and the second child of Kayla.

Who Are Kayla And Luke?

Kayla Sessler was born on 16, November 1998. She hails from the United States. She is a reality star and social media influencer. In addition to this, she is well-known for her role in the MTV series Teen Mom: Young and Pregnant. She is the mother of two children. She began her career in the entertainment industry at a young age. Also, she has experienced the rollercoaster of love, as well as parenthood. In August 2019, the social media star welcomed her second child. A single mother raised her during her formative years. In addition to her mother, she has a brother.  Her education was completed at Kishwaukee College in Malta, Illinois. She has 576k followers on her Instagram account. You can find out more about her on her Instagram account.

Luke Davis III was born on 8 January 1998. He is 23 years old. Luke is best known for being a supporting cast member on Teen Mom. He was a part of Teen and Mom’s third season. During the 2011 season of this show, MTV broadcast the episode.  He is the boyfriend of Kayla Sessler. He attended Kishwaukee College for his education. Besides, Luke is a professional basketball player. As a basketball player, he has participated in a variety of tournaments. Also, during his college years, he played basketball for the team. As a high school student, he also participated in basketball. During his high school years, He attended Dekalb High School. During his high school years, he won a Travelling Trophy for Boys Basketball. While he was a booster club member, he won this.

Are Kayla and Luke Still Together?

Almost since the first episode of Teen Mom, Kyle and Kayla have been the two most-loved couples. It has always been admired by fans for how they support each other. Izaiah, Kayla’s son, has also been adopted by Luke. While these two had such great chemistry, they still attracted many rumors. They are rumored to be splitting up. Those rumors had caused concern among some fans. They want to know: Are Kayla and Luke Still Together? The status of their relationships, as well as many others like them.

Neither of them is unfamiliar with the ups and downs of their relationship. During the early part of 2020, their relationship had some rough patches. A mother of two sacrifices her life in DeKalb, IL in order to move to Dubuque, IA instead. It allowed Luke to pursue a lifelong dream and gain greater recognition in his chosen field. As a result, Kayla and her relationship have come to a standstill since taking the big step. Their relationship also required them to undergo couple therapy. Fortunately, their relationship began to improve.

Meanwhile, the rumors are once again circulating. If we talk about Are Kayla and Luke Still Together? There’s no proof yet of the rumors but something is definitely going on between them. A few days ago, she admitted on social media that Luke had cheated on her. Furthermore, she disclosed that she is pregnant once again. She is expecting her third child. Yet, it is unclear whether Kayla and Luke are together.

Ryan Phillippe Girlfriend: Who Is The Actor Dating?