Are Franky And Marylise Still Together? Everything About ‘MAFS UK’ Couple!

Are Frankie And Marylise Still Together?

With season 6 of ‘Married at First Sight UK’ ending a while ago. Fans are questioning the future of their favorite couples. Focusing on the whereabouts, asking, are Franky And Marylise are still together. Marylise Corrigan and Franky Spencer were one of contestants on the reality show and got married to each other on-screen. While Marylise is a mother of two and a personal trainer, Franky is a strength and conditioning coach working in Dubai. Through the show and the ceremonies, the couple was going strong. And even went on to renew their wedding vows and promised to stay together. But there have been complications that nobody can deny.

Marylise came to the show in the hopes of finding her teammate in life. But only if her two sons approve of her partner. While Franky came to the show looking for a companion. And in the hopes that his new partner would join him overseas. After being private about their relationship, Marilyse decided to speak about what went down after the show ended. The couple has gone through a lot of ups and downs, considering one is straight out of the military, and the other one has a family with her.

Franky’s Problematic Speech At The Party

During the reception party, Franky decided to give a speech about his relationship. Giving a toast to Marilyse, he announced that it’d be the last time that he had the chance to speak without his wife interrupted him. With their honeymoon coming up, he went on to thank her in advance, as she would be making him his breakfast every day. Telling her his liking of runny eggs. Making the old misogynist ‘jokes’, Franky thought he would be getting laughs out of his guests but received a backlash instead.

Knowing she deserved better than this, Marilyse stood up for herself. Making him apologize for the speech, she gave him a warning about speaking to her in that tone. While many fans dragged him on the internet, calling his speech bad, cringeworthy, and disgusting. While asked about what his thoughts were during the speech incident at the commitment ceremony. Franky decided not to speak about that moment and went on to dismiss the issue. 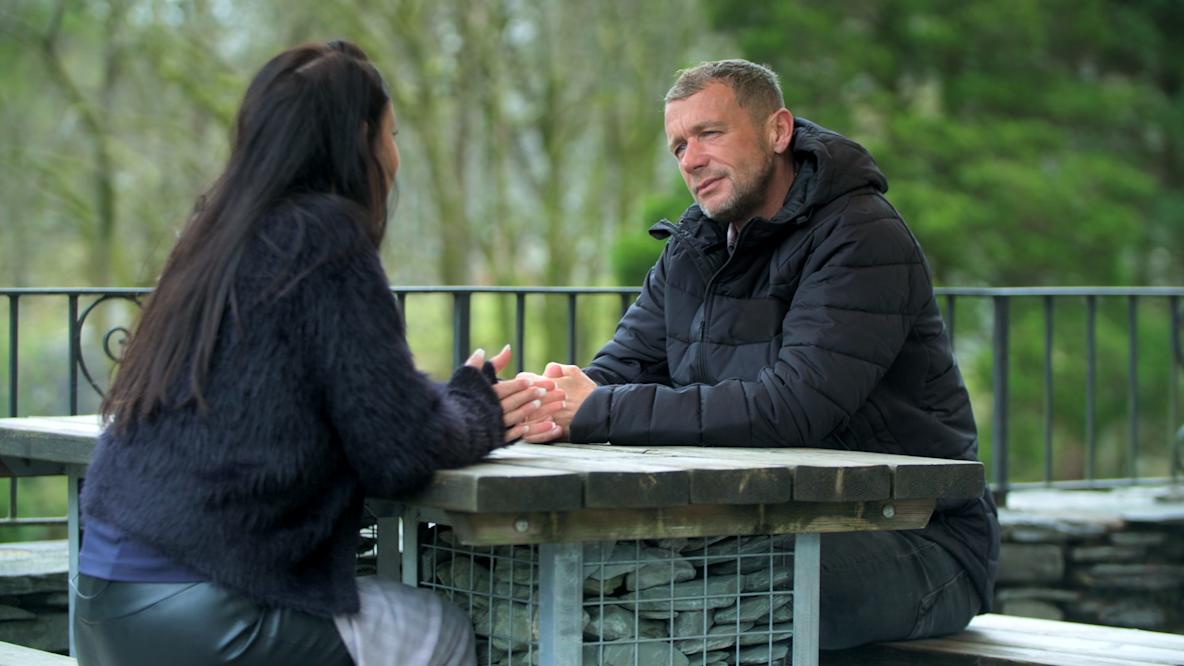 Are Franky And Marylise Still Together?

Unfortunately, Franky And Marylise are not together anymore. However, the couple decided to stay together at the final commitment ceremony. It didn’t take long for them to part ways as soon as they came out of the show. Following their exit from the show, they kept their relationship super private. And people barely had any idea about the things going on between the two. But back in September 2021, Franky was planning to move to the UK full-time to stay together with Marilyse. He loved spending time with her and often shared snaps with her on social media sites.

As the inner sources revealed, Franky had already left the country and went back to Dubai to start over. Working there for a while as a fitness coach, he might already be back in the UK. While there has been no contact between the former couple. Marylise has been giving time to her family. Back in London, Marylise is enjoying drinks and meals out with her friends and family. Especially with her children, 15-year-old Calum and 13-year-old Josh, she has been making up for the lost time.

Where are Franky And Marilyse Now?

While Franky is staying out of the media, recently, Marylise opened up about their reunion. Revealing that their relationship just became dry, and they went their separate ways. Mutually agreeing on the fact that maybe they are not each other’s future. Saying that even though Franky has a heart of gold outside the show, is this what she wants in life. Agreeing with the fact that things did go too quickly on the show. Their relationship turned into something more friendly, and that’s where they got stuck.

Is Darragh Ennis of ‘The Chase’ Married? Who is His wife?

Cosplaying isn't a skill you develop in a day; instead, it is an integration of many other skills together, starting...