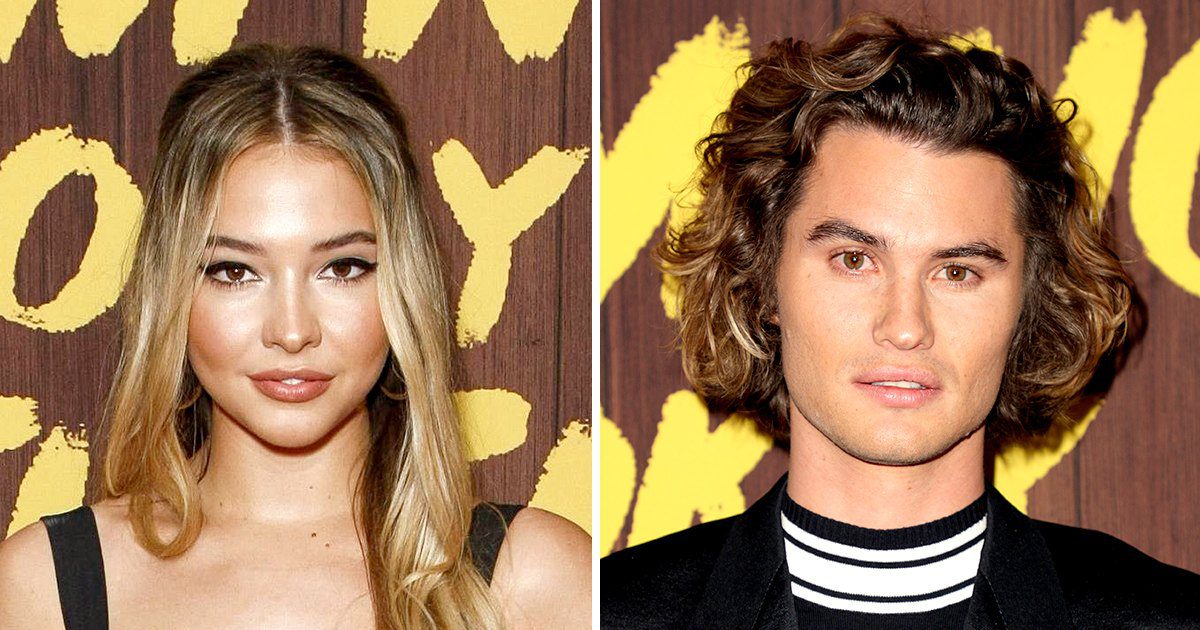 It’s the end of summer of 2021 but everyone seems to be talking about the Outer Banks mega cool duo, Chase Stokes and Madelyn Cline. Why do you ask? Because their relationship status is highly talked about things, owning to their sizzling chemistry and the fact that they belong together. They starred together on the Netflix drama Outer Banks, which streamed in April 2020 and their characters John B. and Sarah Cameron had the best chemistry on the show. Fans began rooting for the couple and wanted to get them together. But of course, it’s not as easy at all until the people who are actually involved want it too.

Talking about Sarah and John. B’s love story, Chase said that there’s the kind of love that absolutely takes over and it flips one’s world upside down. He called their characters having a “pinnacle love story of star-crossed lovers,” and he feels happy he’s a part of creating that for the next generation and his dream came true as a storyteller. Chase also mentioned how he’d ready about the kind of love in young adult books and always wonder what made them different than the rest of the lover stories around.

Today we are here to talk about this couple and what makes them so appealing to their fans. Do they have a romance arc going on in real life, or don’t they.. We will see.

Outer Banks: A Brief Look Into The Show

Outer Banks is a Netflix series about three teenagers, one of whom enlists his two other best friends to hunt for a legendary treasure linked to his father’s disappearance. Chase Stroke, Madelyn Cline, Rudy Pankow, and Madisen Bailey star in the lead role on the show. The show as you may have guessed so far is an action-adventure mystery and it has a lot of gore and bloodshed, as well. The show was also renewed for Season 2 in the last year only and the second season came out on July 30, 2021. 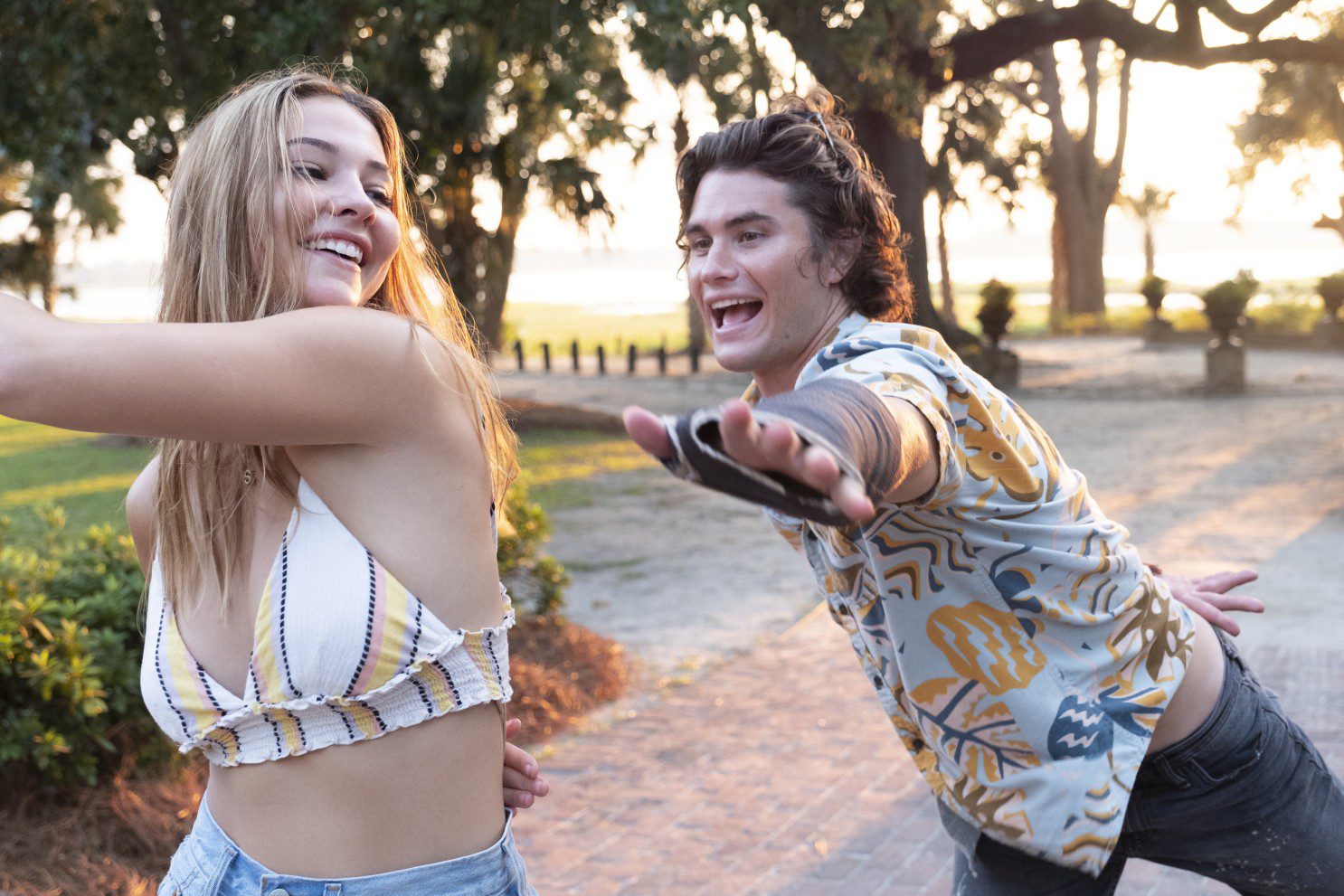 Outer Banks may remind you of kind of Riverdale because there is a social divide between people who live in the community of Outer Banks, which is actually North Carolina. These classes are known as “Kooks” and “Pogues” and they have some sort of a cult following going on as well. The story begins when Pogue teenagers who live at The Cut, set out to find what happened to the missing dad of the group’s ringleader, John B.

Chase And Madelyn: What Do They Have So Far?

The Netflix hit drama when it ended was pointing towards how good Chase and Madelyn looked together and we are here to tell you that the chemistry is just a piece of fiction, it’s what Chase and Madelyn have in real life. The couple who met on the set of Outer Banks had a great time together and genuinely enjoyed each other’s company. Afterward, they got together in real life as well. And as official reports tell us, they have been going pretty strong for over a year now.

They made it clear quite recently because the rumor mill was abuzz and couldn’t leave them alone. In a virtual interview, after the debut of Outer Banks on Netflix, Chase was seen in Madelyn’s apartment in a virtual interview. More knows told fans the couple was quarantining together with other Outer Banks cast members such as Drew Starkey, who plays Rafe, and Rudy Pankow, who plays JJ. Moreover, Chase often teases love on Madelyn’s Instagram, and first of all, he posted a comment saying, “Heart rate… decreasing…help.. SOS.” This was on  1883 magazine’s Instagram post of Madelyn Cline. 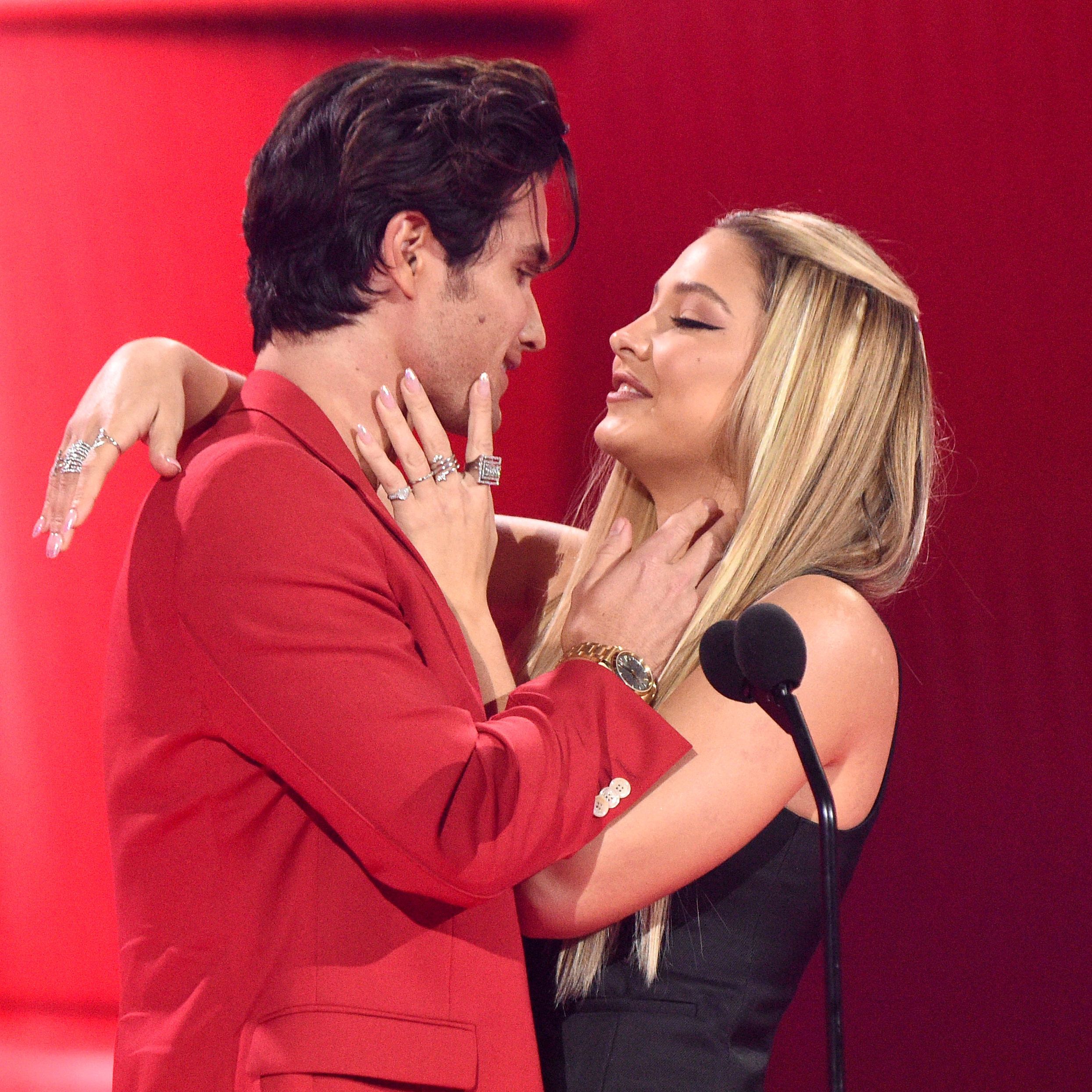 The couple’s romance blossomed when they filmed season one of Outer Banks.

The couple then conformed to their relationship by Chase himself uploading a picture of Madelyn and him on a beach vacation, smiling as they sat next to each other. He captioned that photo saying “cats outta the bag.” His girlfriend Cline wrote, “I’ve fallen, and I can’t get up” thereby proving the couple had fallen for each other madly.