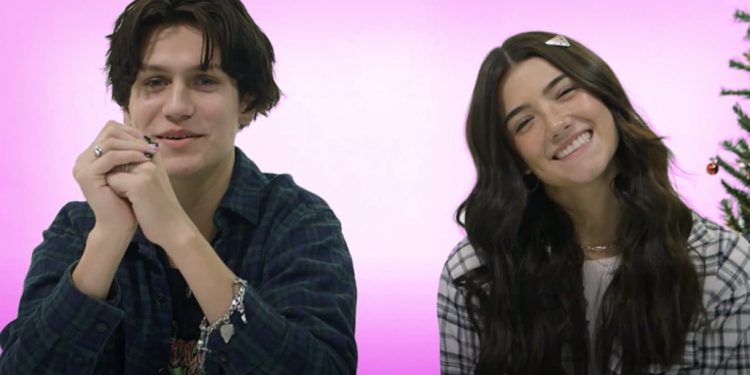 Are Charli D’Amelio and Chase Hudson back together? This is something the fans of these two social media influencers are keen to know. People were thrillingly happy for their relationship during the time of their dating. The news of their breakup kept many of their fans in shock. Out of nowhere, some of their very goofy kissing and hugging pictures surfaced over the internet even after their breakup. That made the fans have questions about whether this former flame was back together.

In case you are not much aware of any of these two individuals, let’s start this with their brief introduction. Charli D’Amelio is an American social media star and dancer who has been gaining much prominence from her Tiktok videos. On the other hand, Chase Hudson, who is professionally known as Lil Huddy, excels in singing and acting. He is also a social media personality, like the former one. Both of them have made it to Tiktok in a great way and have gained a massive fan base across the globe.

Dig deeper into this article to know are Charli D’Amelio, and Chase Hudson are back together in real.

Are Charli D’Amelio and Chase Hudson back together? Relationship Status

These two social media personalities, Charli D’Amelio and Chase Hudson, started dating in 2019. The news about their split surfaced over the internet a year later. Their fans started thinking that they might have gotten back together because of some of their goofy pictures getting revealed. In the pictures, they were very close to each other, hugging and kissing. Though they had a public breakup, these pictures kept their fans in deep thoughts.

No, Charli D’Amelio and Chase Hudson are not back together. When asked about their bond, Charli D’Amelio said that it helped them to grow together as people. Despite their mutual breakup, they are currently sharing a close friendship, as stated by Charli D’Amelio. She also shared that she can lean on him for anything. Chase Hudson also knows that he has her back no matter what happens. Last year, in October, they celebrated Halloween together by wearing matching costumes. He appeared in a video of her where they are seen competing against each other in preparing cupcakes. If you have missed out on such a funny video of these two lovelies, check it below!

When asked about the idea of romantic relationships, Charli stated it to be very difficult for her to be so much engaged in such bonds at a young age like her. According to her, breakups are not always bad. She just realized that they are not romantically good for each other and things got complicated.

Also Read: Are Kylie Jenner and Travis Scott back together in 2021?

Social Presence: Where can you find them?

Talking about Charli D’Amelio, she is considered the most followed creator on Tiktok. Being a 17-year-old girl, she has achieved a lot in her career to date. On Tiktok, she has about 131 million followers. Not only that, her videos have a total of 10.2 billion likes as of 2 January 2022. Little did you know that she also runs a Youtube channel that goes by her name. It has over 9.64 million subscribers. In the following video, her sister Dixie D’Amelio is also featured. Do check out this fun video attached below!

Moving on with Chase Hudson, he is considered as one of the top 10 music influencers on the Tiktok platform, where he has more than 30 million followers. Like his ex-girlfriend Charli, he also runs a Youtube channel going by his name where he uploads vlogs. His Youtube channel currently has a total of over 2.22 million subscribers.

Also Read: Who is Rodney Mullen’s Girlfriend? Who Is The Famous Skateboarder Dating?’