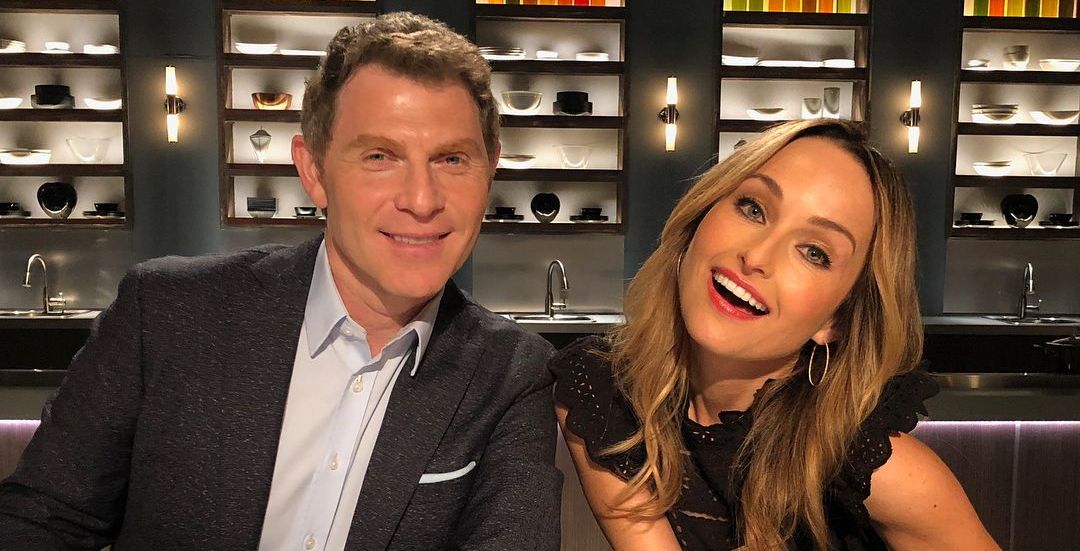 Are Bobby Flay and Giada dating? Celebrity chefs have become a sensational topic on the internet. The pair previously also was become the center of attention for the same issue. After all, no one could deny the chemistry between these two. Their dating rumors surfaced due to the new show Bobby and Giada in Italy. The show has sparked their dating possibility as the two traveled around the various corners of Italy, savoring and relishing the old and new fusion. However, there is a rule Giada always follows when it comes to dating. So by dating Bobby Flay, is she finally going to be a rule-breaker of her own values?

Bobby Flay is a famous American celebrity chef who has been a television personality for hosting various food programs. He began his career from the bottom of the hierarchy. After dropping out of school at a young age, Flay focused on his dream of becoming a chef. On the other hand, Giada de Laurentiis is an American-Italian chef as well as a television personality. She is the recipient of a Daytime Emmy Awards for her outstanding Lifestyle Host on television for her work. She was also the host of the food program Giada at Home. The pair have been good friends for a long time resulting in dating news from time to time.

Are Bobby Flay And Giada Dating?

Bobby Flay and Giada de Laurentiis are not dating. The duo knows each other for almost two decades. The two met for the first time in 2004 at a food expo in Philadelphia. Their first meeting was an unexpected yet destined one. Giada seemed to fall for Bobby’s culinary skills and his friendly nature towards others. It did not take much time before the pair became good friends. Deciding to level up their friendship, Bobby and Giada began collaborating in the kitchen, a perfect and comfortable place to strengthen their alliance.

The rumors about their dating actually began after Giada’s divorce. Everyone could see the pair had good chemistry that would make anyone envy. Their bubbly nature and perfect teamwork attracted many fans, and they started rooting for the two. After Giada’s divorce, fans felt it was a good time for these two to date each other. However, that was not the case for Bobby and Giada.

In an interview, chef Giada has mentioned that she follow a rule which is a rule against dating her fellow chefs. In the interview, she expressed that she and Bobby are good friends and have been working for a long time, but she does not see the possibility of them dating each other. Even though fans may not see them as lovers, as friends, they are indeed worth admirable. However, fans could not help but root for them as the news of Bobby and Giada working together on a new show called “Bobby and Giada in Italy” spread across the internet.

Unfortunately, fans’ hope seems to crush again as it seems the pair is nothing more than good friends. As friends, the duo always expresses their feelings. Gaida had said in an interview that she stopped talking to Bobby after the Iron Chef America show for eight months. She continued telling Bobby did not take the competition seriously and thought it was funny that they lost. It was the first time they appeared as a team on the show but lost there. However, worry not. The pair have resolved their issue and are on good terms as friends. 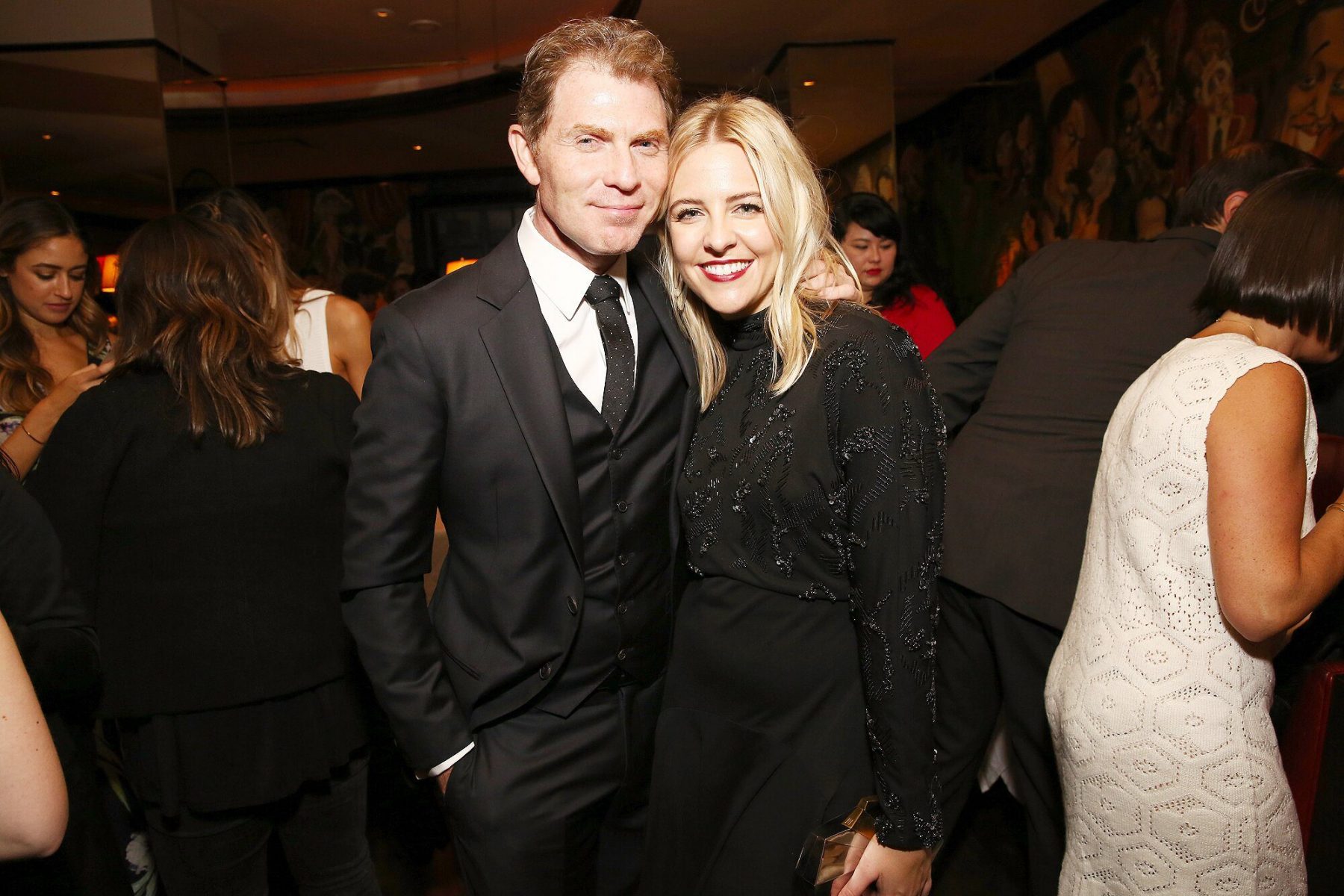 Bobby Flay is a famous television chef who hosted various shows including, The Bobby and Damaris Show, The Main Ingredient with Bobby Flay, etc. He previously had married thrice. In 1991, he married his fellow chef Debra Ponzek. However, their marriage only lasted for two years, and they ended it in 1993. After two years, in 1995, he married Kate Connelly, who is a cooking show host. The couple was blessed with a daughter named Sophie Flay. His second marriage even did not serve long, and the couple separated in 1998.

He was single for a few years before, in 2005, Bobby got married to Stephanie March. They were together for almost a decade but sadly decided to go their separate ways in 2015 after finalizing their divorce. Bobby never disclosed the reason for his divorce. He keeps his personal life out of the spotlight as much as possible. After his three failed marriages, Bobby dated Helene York from 2016 to 2019. Their split became a hot topic on the internet as Bobby revealed that Helene was the one who dumped him. Since then, he has been single. 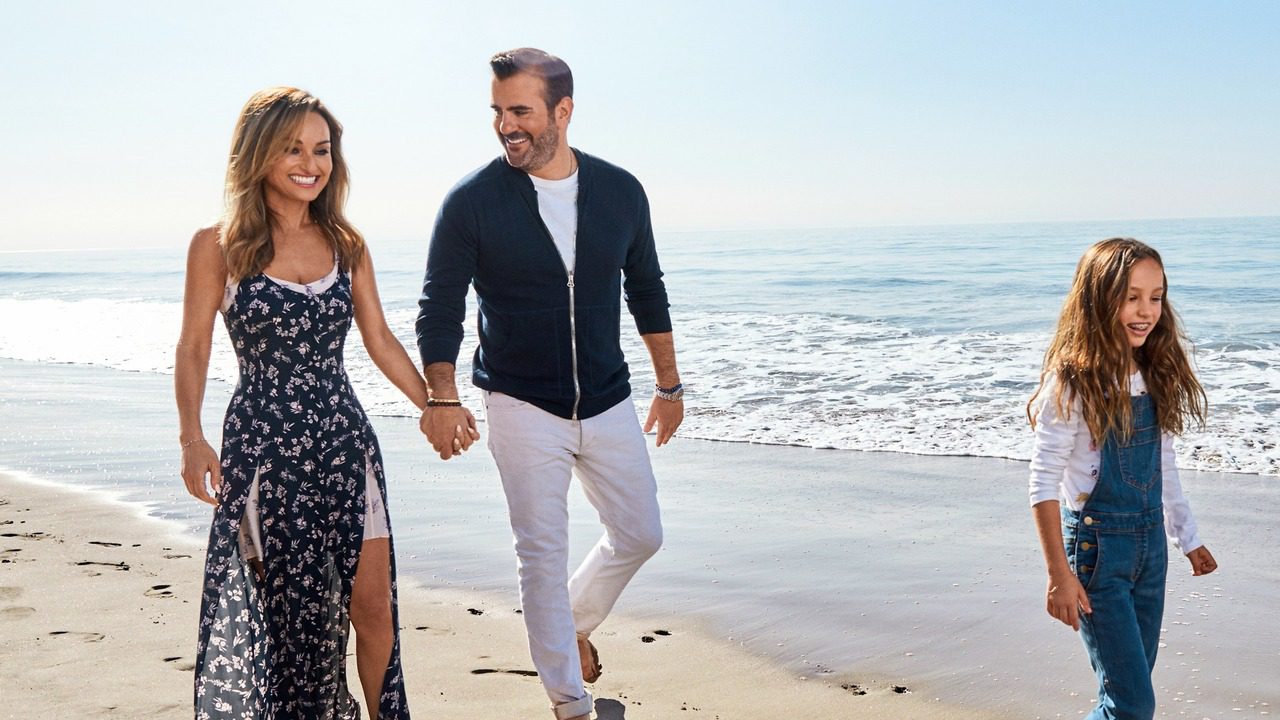 Giada Laurentiis with Shane Farley and her daughter

Giada de Laurentiis is a famous American Italian chef who hosted numerous cooking shows like Giada at Home, Giada In Italy, etc. She married fashion designer Todd Thompson in 2003. The couple has a daughter together named Jade Marie. Regrettably, the couple separated after twelve years of their marriage. The former couple never revealed the reason for their divorce. After that, Giada was rumored to be dating Matt Lauer but not confirmed what their relationship was.

A year and a half later the divorce, she began dating TV producer Shane Farley in 2017. They first met to talk about a potential television show in 2013. The project did not succeed, but they remained friends. They have been dating since 2015 till now. It seems she has finally found her mate in Shane Farley. The couple has been together for almost six years and still counting. Bobby and Giada are both happy in their single and committee lifestyle. The pair are hosting a new show called Bobby and Giada in Italy that you can watch on Discovery+ and Amazon Prime.