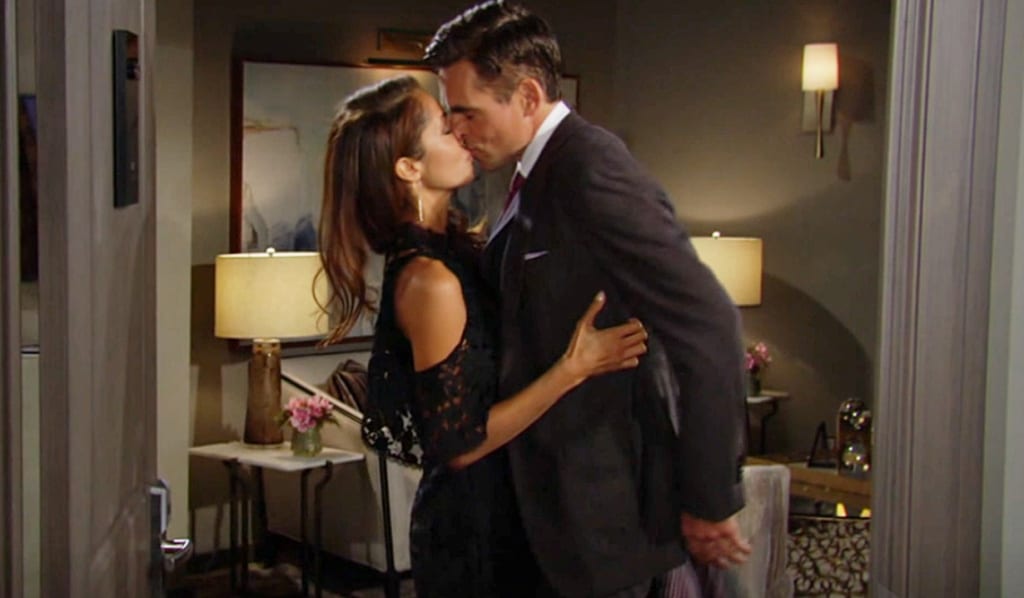 While the popular television series The Young and The Restless has been immensely popular amongst fans with ample dose of romance and drama, there have been some flying rumors about some of the co-stars getting closer over time, and there might be some off-screen romance as well. As these rumors have been going on for a while, some of the celebs have finally broken their silence and addressed these speculations. Christel Khalil has gone on record and talked about the amazing chemistry she shares with her co-star and makes them look so good on screen.

Christel Khalil, who plays the role of Lily and Jason Thompson, playing the role of Billy, has been giving way to some major dating sparks, and fans are guessing whether the onscreen couple is seeing each other in real life as well. The pair often indulges in some sweet workplace banter, and their onscreen chemistry has been one of the biggest crowd-pullers of the show. While many celebs have dated their co-stars in the past, we wonder if that’s the scenario when it comes to these two. Some fans would really love to see the reel life couple turn into a real-life one!

While these dating rumors have been going on for a while, Khalil has finally talked about it at length. The celeb has said that the reason behind their impressive on-screen chemistry is due to the fantastic relationship of understanding Khalil shares with her co-star Jason Thompson. While further talking about it, Khalil says that Jason is a great actor, and they have a lot in common as well. 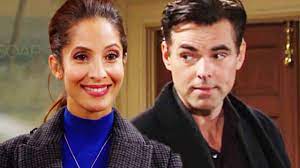 However, there’s nothing romantic going on between the two. The two celebs are happy with their respective partners and are not dating each other. The stars have put these rumors to rest as they are nothing more than good friends and co-stars. While Christel Khalil is seeing someone for a while now, Jason Thompson is happily married as well.

For more, you can also read Adam Newman Leaving The Young And The Restless, Mark Grossman Not To Feature Again?

The Young And The Restless Co-Stars Jason Thompson And Christel Khalil Are Not Dating!

Fans might be a bit heartbroken to know that the co-stars are not dating after all despite their sizzling chemistry on the show. Christel Khalil, on the other hand, had been maintaining a low profile when it comes to her dating life. Believe it or not but the series star was married to musician Stephen Hensley. The two have a son named Michael Caden Hensley. However, there was soon trouble in paradise between the two, and their marriage became a shower-lived one. The two filed for divorce and parted ways back in 2011.

Today on #YR, Devon and Lily share a difference of opinion and Nikki takes matters into her own hands. Watch the latest The Young and the Restless episodes for free on @CBS or subscribe for more on @paramountplus: https://t.co/8AGKDKbPVp pic.twitter.com/9WSVCPHvBo

Co-star Jason Thompson is also happily married to Paloma Jonas. The pair are all about the mushy pictures that the star often posts on social media time and again. The two tied the knot back in 2015 in Mexico after behind together for a while. The couple has been posting beautiful pictures of the two on special occasions. So, it seems like the reel life couple is happy with their respective partners.

The Reel Life Pair Are Happy With Their Respective Partners In Real Life!

While it seems like the co-stars have their own separate romantic lives, however, this is not the first time that the co-stars of the long-running series have been romantically linked together. Given the overwhelming popularity of the show, the story is immensely popular and has been running for almost three decades.

While The Young And The Restless fans completely adore the playful banter between Lily and Billy, the actors do not see each other in real life. Media tabloids have even speculated that Mark Grossman and Sharon Case are dating each other in real life and give their undeniable chemistry on screen; it seems like this pair are rekindling their romance outside the small screen as well. Neither of the two has opened up about these rising speculations as of yet. While Lily and Billy are not a thing in real life, fans are counting on another alleged couple.