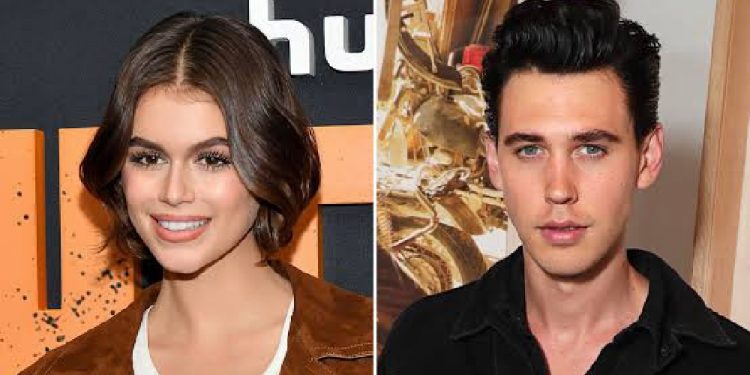 Following Kaia’s split from actor Jacob Elordi after more than a year of dating, Kaia Gerber’s love life has gotten a lot of media attention in recent weeks. Fans of both celebs were heartbroken when American model Kaia Gerber and Australian actor Jacob Elordi broke up after dating for a year. Many people were shocked to hear that the two lovebirds had broken up because they had only been seen on the red carpet together for the first time two months before the split.

It didn’t take both of them long to move on, though, as both Kaia and Jacob have apparently begun dating other individuals. To learn more about Kaia’s new relationships, keep reading. The fashion model is now rumored to be dating 30-year-old actor Austin Butler, who was formerly in a long-term relationship with the Disney star Vanessa Hudgens after their breakup was made public. Butler was also previously linked to Lily-Rose Depp, a French-American actress, after the two were seen being close with each other in August. So, in this post, you’ll find out whether Kaia is in a serious relationship with Austin Butler or not. Are Austin Butler And Kaia Gerber Dating? Enjoy Reading.

All of her friends also think that he’s incredibly cute. The supermodel and actor were also photographed walking together in Los Angeles after completing a yoga session on Sunday, as seen in images obtained by the media. In the photographs, Gerber and Butler looked to be having a conversation while wearing sportswear and face masks in the wake of the COVID-19 outbreak. The outing comes two months after Kaia Gerber and Euphoria star Jacob Elordi called it quits after a year or more than that of dating and two months after they made their red-carpet appearance at the Academy Museum of Motion Pictures inauguration in Los Angeles.

Also Read: Who is Mrwhosetheboss’ Girlfriend? Who Is The Famous Youtuber Dating?

Who Is Austin Butler?

Austin Butler is a famous actor, model, and musician from the United States. Butler began his career as a teen artist, winning millions of hearts with his numerous television appearances and superb film characterizations. Austin began his career as an attractive face on television, appearing in a few minor roles in daily shows until he earned the role of ‘James Garrett’ on the TV show ‘Zoey 101,’ establishing his reputation as a great entertainer. Following that, he starred in blockbuster shows like ‘Switched at Birth,’ ‘The Carrie Diaries,’ and ‘The Shannara Chronicles.’

Simultaneously, he was offered parts in short films and feature films as well. With a ten-year career in the profession, Austin has taken on challenging roles ranging from comedy to romance. Butler has also demonstrated his musical abilities by singing and playing the guitar in TV shows. Austin has received three nominations for the ‘Young Artist Awards’. He has also worked for major studios such as ’20th Century Fox,’ ‘Nickelodeon,’ and ‘Warner Bros.’

Who Is Kaia Gerber?

Kaia Jordan Gerber, better known as Kaia Gerber, is an American actress and model. Gerber is the daughter of Cindy Crawford, who is a well-known model. She has had a penchant for modeling since she was a child because she is the daughter of a model. Kaia began modeling for the Young Versace brand when she was ten years old. Gerber won Model of the Year in 2018 while making her debut at British Fashion Week. Kaia was the second-youngest model to be a part of Vogue’s The Big Four.

Kaia was exposed to modeling at a young age because she grew up in an affluent family. She walked the runway for Calvin Klein when she was 16 years old. She has appeared on the covers of magazines such as MiuMiu, CHANEL, and Calvin Klein, among others. Gerber made her acting debut at the age of 15 in the drama film Sister Cities. Gerber is the daughter of Cindy Crawford, a well-known American model, and Rande Gerber, a well-known businessman.

Also Read: Who is Si King’s Girlfriend? Who Is The Chef Dating?