Are Alex and Anastasia From ‘Below Deck’ Together? 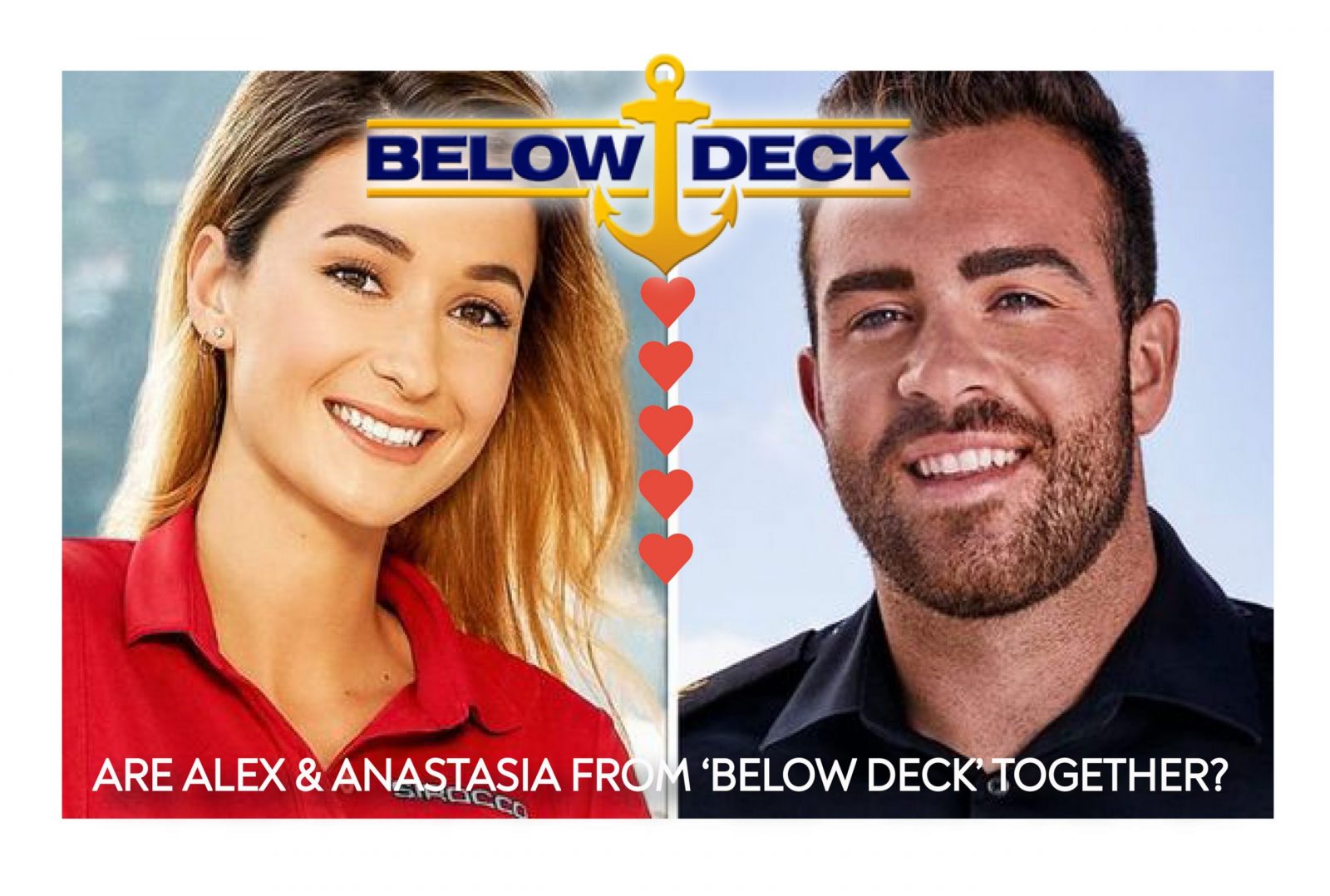 Are Alex and Anastasia from Below Deck together? That’s the question we will try and answer for you today. Firstly, Below Deck is a Bravo reality television series that premiered on July 1, 2013. It was created by Mark Cronin, Rebecca Taylor Henning, and Doug Henning. Below Deck, which premiered in April 2012, follows the lives of the crew members who work and live aboard a superyacht during charter season.
It follows the team as they cope with personal problems in order for their professional careers to succeed.

Below Deck is a popular reality show that follows several crews as they develop relationships while on charter. Are Alex and Anastasia from Below Deck dating? Anastasia, a stewardess from the Republic of Georgia, joins the cast of Below Deck Med season four. Firstly She was renowned for her strong work ethic and conscientiousness among the Sirocco crew while it toured France. Secondly, Alex was a year behind Anastasia since he was on board The Wellington when it toured Spain.

Are Alex and Anastasia From Below Deck Together?

Are Alex and Anastasia dating? Rumors of a relationship between the Below Deck alums began when Anastasia shared a picture of the two of them around Christmas time. They were dressed up for the occasion, and Anastasia had mistletoe draped over both of their heads, making a kissy face at Alex as he glanced away. People initially thought this meant the two were sexually involved, but Anastasia subsequently explained that they weren’t – they were simply very close friends.

People initially thought this meant the two were sexually involved, but Anastasia subsequently explained that they weren’t – they were simply very close friends. Anastasia tweeted a carousel of pictures of the two on Jan. 18 (Alex’s birthday), wishing him a happy birthday. Former cast members of the same program often cross paths, even if they were not on the show at the same time (looking at you, Bachelor Nation). While the two seem to be amicable, they have made it plain that they are not together.

Anastasia might also have romantic links to ‘Below Deck’ alum Georgia Grobler.

Alex isn’t the only Below Deck alum Anastasia has been seeing. In fact, she just posted a photo of herself kissing Georgia Grober, who was aboard the Below Deck Sailing Yacht in 2020. Anastasia captioned the picture, “My beautiful little [Georgia].”  Georgia captioned the same picture on Instagram, “Wouldn’t mind going #belowdeck with you,” along with some flirty emoticons.

However, unlike her connection with Alex, it does not seem that Georgia and Anastasia are romantically connected. The two have made no indication that they are together or have any interest in dating one other. So it’s conceivable that they aren’t taking their connection any further. Keep reading to learn more about Alex’s love shenanigans, which we promise, are full of juicy drama and misunderstandings.

Also Read: Who Does Lyla Garrity End Up With In Friday Night Lights?

Alex has also generated relationship rumors with other members of the ‘Below Deck’ group.

Before fans questioned whether Alex and Anastasia were dating, Alex was having an enticing affair with Bugsy Drake that lasted throughout Season 5 of Below Deck Mediterranean. According to The Daily Dish, the two exchanged many on-screen kisses. But when questioned about their blossoming romance, both sides stated they were unlikely to make the long-distance work. On another thing, While they never dated or hooked together, Alex Radcliffe first suspected Anastasia Surmava of hitting on him.

“It’s a hilarious tale because, as you know, they’re beginning to reveal the new cast members. You know it’s Below Deck Med,” she recalls. “It was the season following mine, and I hoped that someone from the prior season. Say, season three, reached out to me and said, ‘Hey, welcome to the family, I’m here.'” It’s going to be a strange, wild journey. If you have any questions, I’m here for you; I understand how you feel.'” “Nobody does that for me, so I thought, I’m going to do that for these men because I wish someone had done that for me,” she said. “So, I went out to a lot of individuals from that season and said, ‘Hey, I’m Anastasia, if you need anything, I’m here.'”

What’s Going on With Ex-Girlfriends Samantha Ronson and Lindsay Lohan?