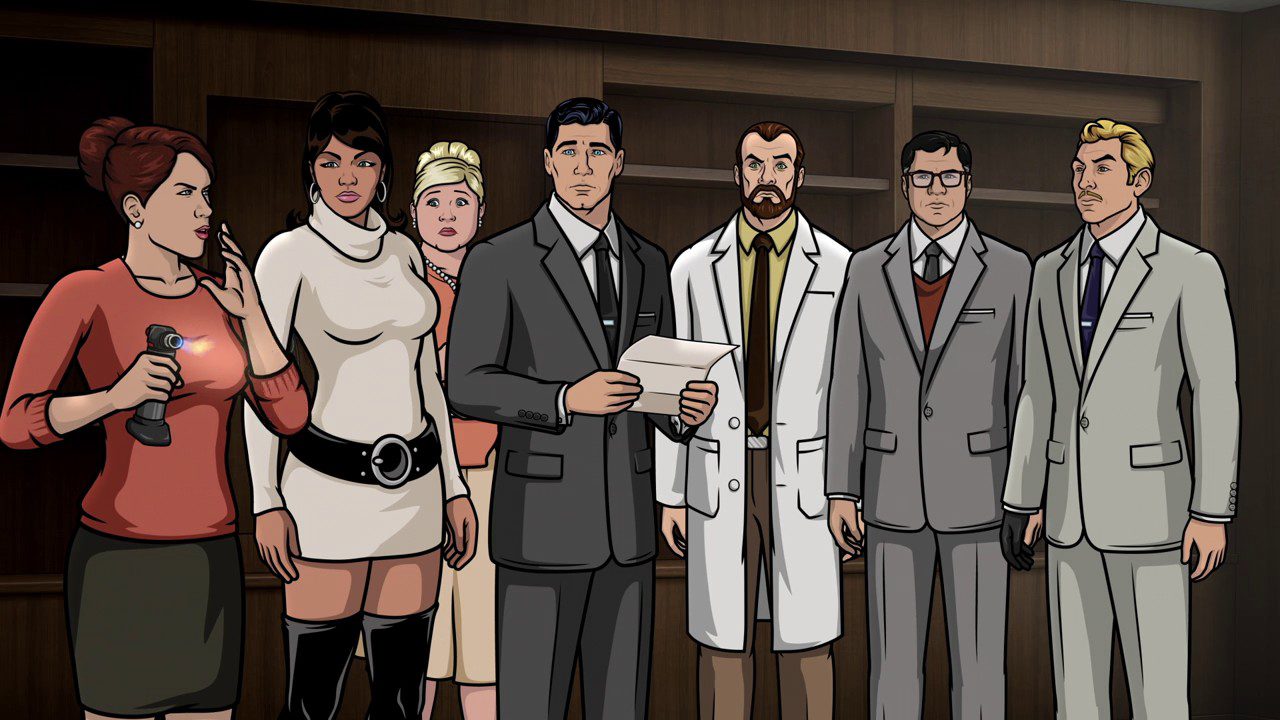 Is it Archer Season 12 Episode 9, or is it the end of the line for the show? Well, recently, it seemed the same when Archer found himself trapped under the hands of the enemy. IIA was thriving to get their hands on a technology called Memory Stick and wreak havoc on the world. ISIS was up to stop them. The only thing is they didn’t have many clues apart from a doctor who lost his memory. While one-half of the team spent time helping that doctor, Archer led the other team into the IIA and, with some inside help, got hands on the technology.

Towards the end, everything was according to plan until IIA’s owner Fabian played his final moves. The Diamond squad chased down Archer’s team, and he had to part ways from them to destroy the truck in the middle of the bridge. Archer survived, but when he came up, and found Fabian standing there. On top of that, Barry’s alter-ego had joined hands with Fabian to capture Archer. Now it’s up to ISIS to deal with this situation. They either give the memory stick back or never see Archer again. Let’s find out what they choose to do.

Previously on Archer Season 12, we opened up with Fabian making a deal with Archer’s friends. If they give him the memory stick back, they will let them have Archer. Until then, he will keep beating Archer down under his commands. ISIS was on its own, with even Mallory not present to help them. Meanwhile, Barry’s other personality continues to beat Archer down. No matter how hard he tries, Archer can’t fight him back. The rest of ISIS was trying to explore more of Colt’s brain and what could that tell them about IIA. 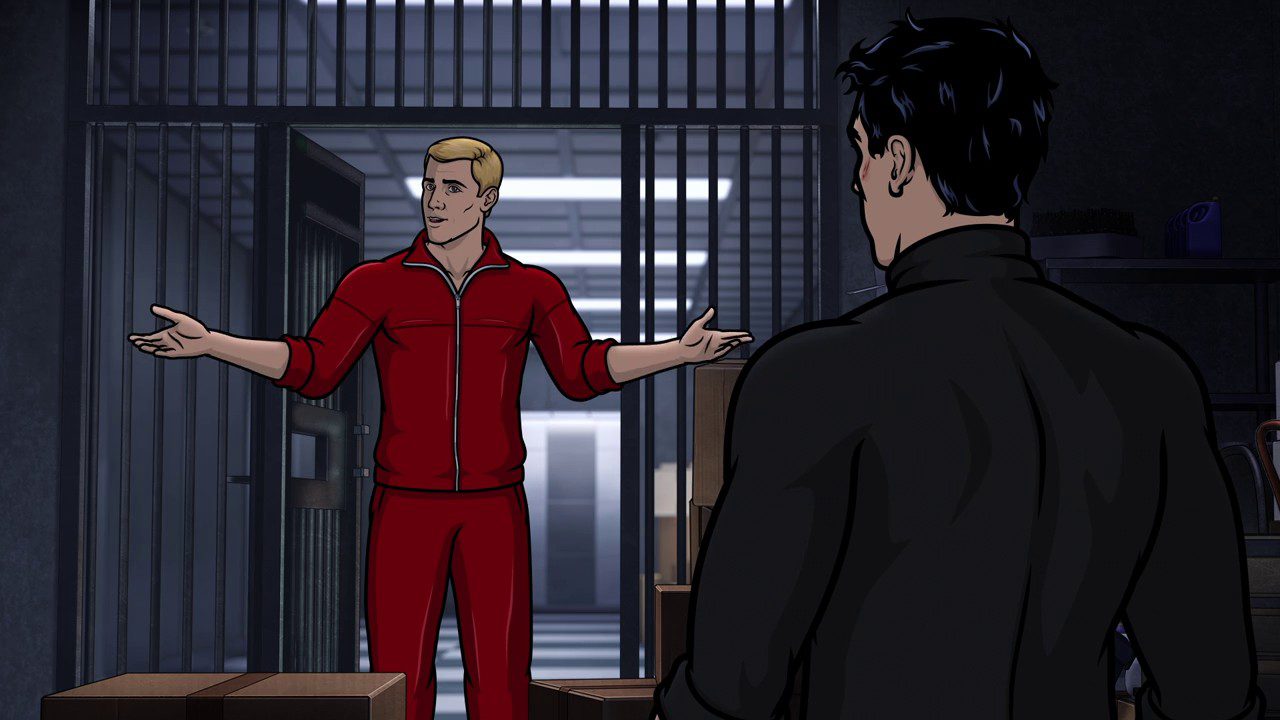 Even Ray was about to quit until Cheryl ended up encouraging every one of them. Now everyone was ready to go in full force to rescue Archer Barry returned for another session of beating Archer. This time around, though, Archer was prepared and managed to trick the other Barry into talking into himself. Thus marking his own escape in turn. That was until he bumped into one of the employees at IIA, and Barry got his hands on him again. The only thing was that the mover employee slipped a weapon into Archer’s pocket.

Back to the ISIS, Ray gets the team inside as they wear IIA’s uniforms to make themselves familiar. Archer on his side made his escape from the building. While everyone is inside, Archer finds himself out, and he goes back for his team. Barry was chasing Lana and Cyril until Cheryl and Pam brought an entire crowd to run over him. 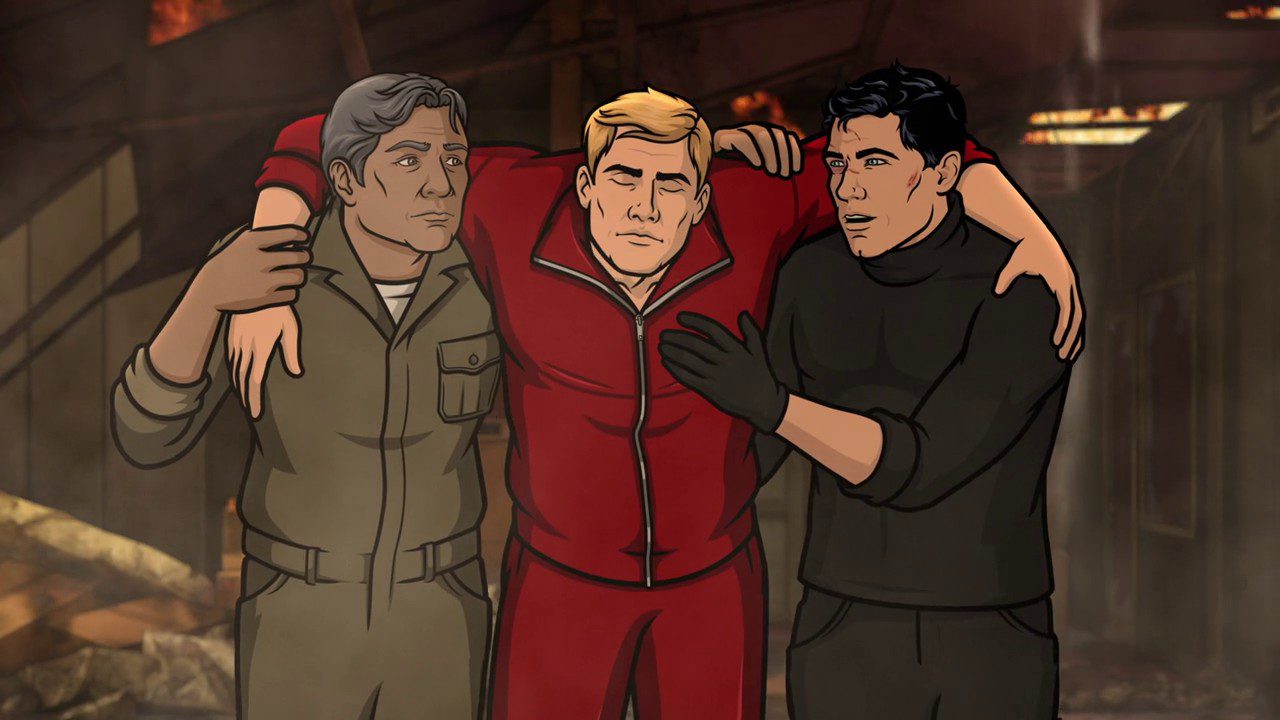 From Archer Season 12 Episode 8 Featuring Barry, Archer, and The Mover

Mallory made her entrance by directly confronting Fabian and was almost trapped. But she escaped. Barry circled the team until they came together to beat him down. Fabian killed Colt. While the others made their escape, Archer tried to beat Fabian down only to find himself trapped again. The mover from the back came to help Archer and Barry escape the burning building.

The episode closed Lana broken-hearted after a fight with Robert. Lastly, Fabian bought the agency. He almost got a hands-on memory stick until Archer destroyed it. As ISIS came to a close, Mallory left the organization with one last letter hinting to pass the torch to Archer as their new leader.

Archer Season 12 Episode 9 is not happening. The eighth episode of season 12 marked the end of the run. But that’s not the end of the story as FX has renewed the show for a thirteenth season in September of 2021. So expect Archer Season 13 to return somewhere in mid-2022 next year altogether with something new to offer. Especially with the fact that ISIS is not on its own.

Yes, Fabian owns ISIS now, and Archer and the team find themselves split with Mallory retiring. Now it’s up to him to be the new leader of the team as they come together to solve more cases in the coming episodes. Also, they will probably have to cross paths with Fabian from time to time, who may not be happy having them around.

Archer Season 12 is available to stream on FX’s official website and Hulu. An abundant Hulu subscription starting at $5.99 offers Archer Season 12 and the rest of the seasons to stream. Apart from that, video-on-demand services of Amazon Prime Video, iTunes, and VUDU  also offer the twelfth season and the rest of the show available to buy and rent.