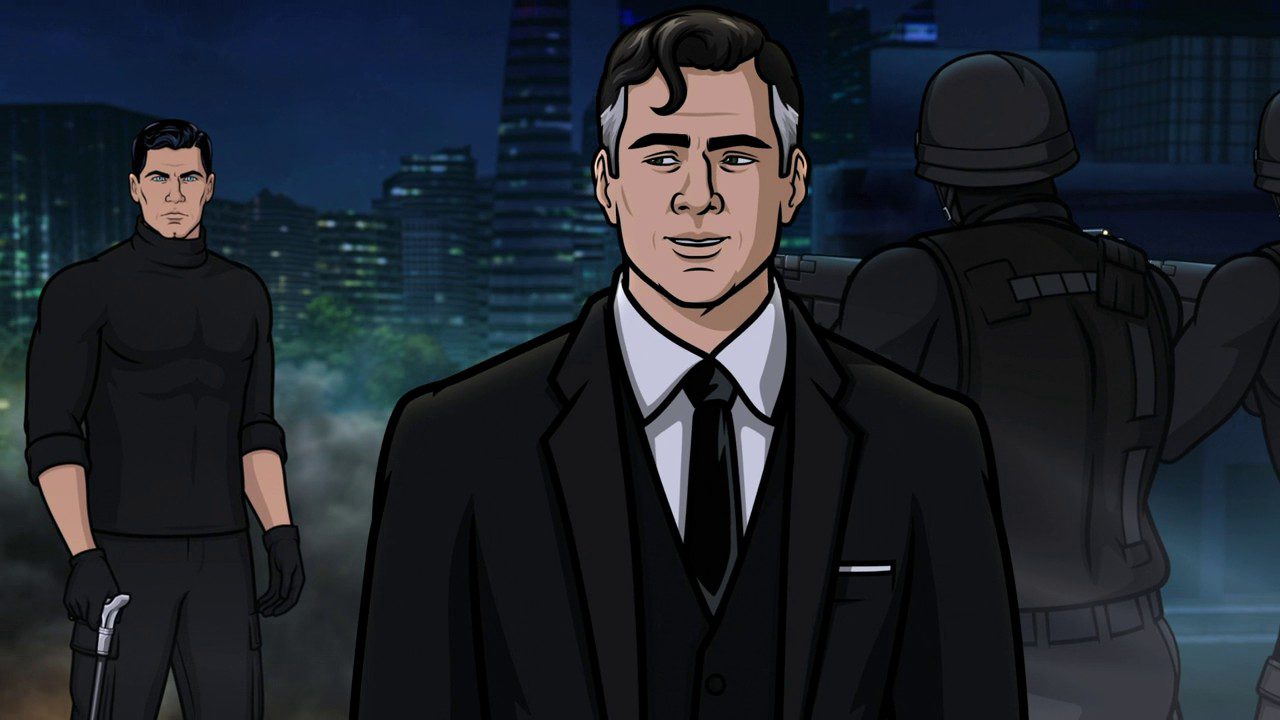 Archer Season 12 Episode 8 will be the culmination of the battle between ISIS and IIA. At this point around though, it’s IIA with an upper hand as they don’t mind that Archer destroyed their device. In fact, they got him under their hands and ISIS may have to make desperate moves in order to save their own dear friend. Amidst all of this Lana is also fighting with the feelings for Robert. Is it the end of the road for their love? Well, we gotta lookout for that. But until then here is a look at everything happening lately on the show as it heads to its finale.

So the team was investigating a device that IIA stole and might be planning to use and destroy the world. For that, they needed an important piece of memory that is inside a Doctor’s mind who was in Coma until Krieger helped. The Doctor kept giving hints and cues on what ISIS is looking for to take down IIA. This way Archer’s team did get their hands on the device, thanks to an inside help too. But in the end, one of the team members had to sacrifice in order to destroy the device. Here is what went down.

Previously on Archer Season 12, we opened up with Krieger working on transferring Archer’s mind into another Doctor’s mind. The doctor is in a coma and he has information on a device that IIA stole. Now they may be looking to end the world with it. Although the experiment doesn’t work, it does wake the other Doctor up. The only problem is he doesn’t remember anything. The one hint about the device he could give is that it is in Singapore. Furthermore, IIA’s HQ is there too. 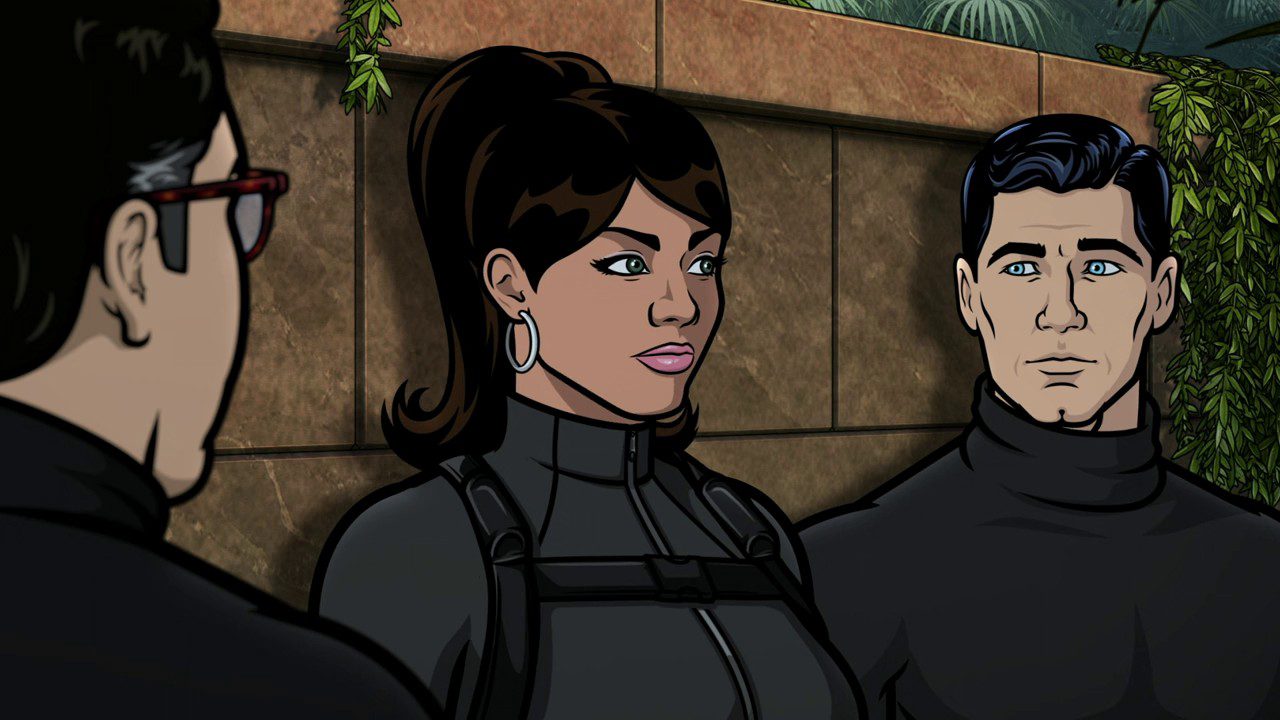 The team reaches and starts settling in Singapore. It divides with Archer, Lana, and Cyril planning to break into the HQ of IIa. Elsewhere, the other members decide to work to bring the Doctor whom they are calling Colt, for now, his memory back.  Krieger performs a hard reset which leads him to reveal his house and the team leaves for the same.

Meanwhile, Archer’s team easily breaks into the IIA and finds out the competition they are giving to ISIS. They even find a similar face in the form of Ray there. Ray becomes a handful in helping them with the device until the team’s coms reveal their actual mission. Now everyone’s chasing them. At the end of the day, the team manages to grab their hands on the device and in a matter of moments mark their escape. 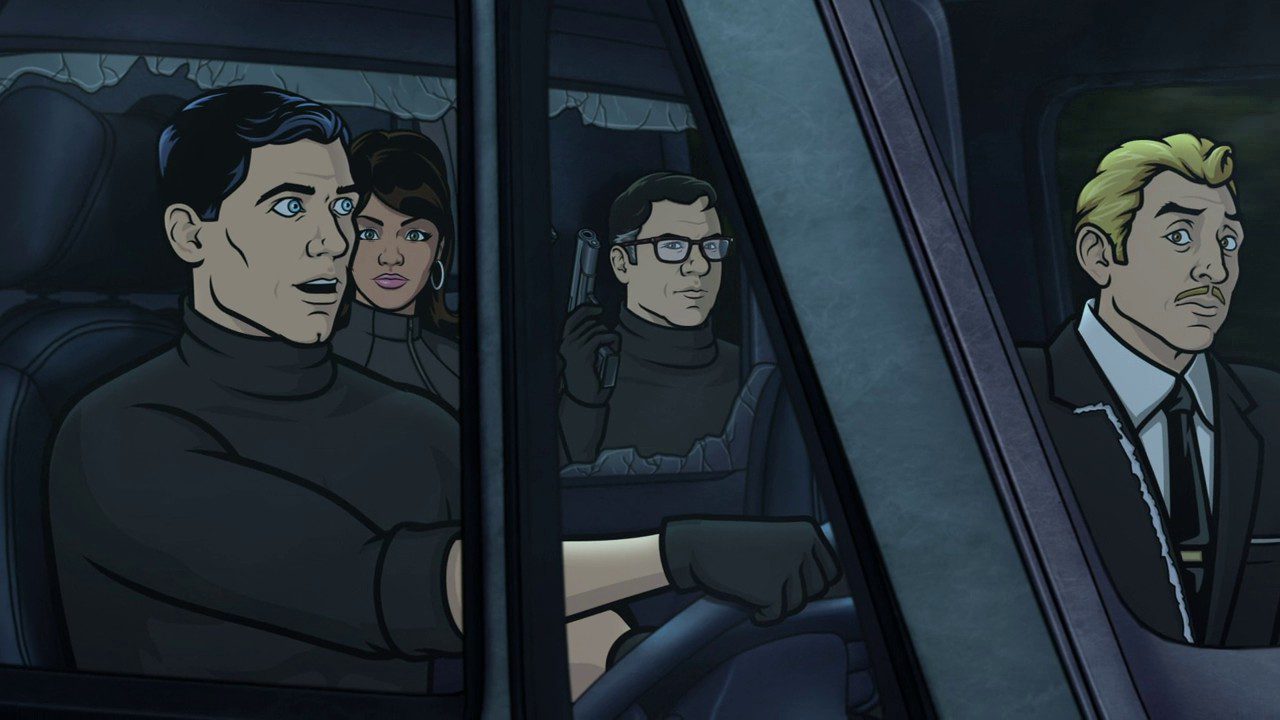 On their way, the Diamond squad is alerted about the stealing. Thus they are chasing Archer’s team. The group later reunites with Kreiger’s and now all are on the chase. Archer pushes his whole team aside on another vehicle while he takes his truck to destroy the device amidst a broken bridge. Archer jumps at the right time to survive only to find IIA’s Fabina and Diamond squad waiting for him.

The episode closes in with Fabian confessing that he never had world-destruction plans but more evil. He plans to use fossil fuels as a cover and get a ransom for not blowing up other countries. A different Barry makes his entrance to punch Archer to unconsciousness. Apart from all of this, we also saw Lana coming to realize that she may not really be happy with Robert after all or maybe she is just turning into Archer.

Archer Season 12 Episode 8 is releasing on October 6, 2021. It is titled, “Mission: Difficult”.  The official synopsis of the episode suggests we may see Archer trapped inside the IIA Headquarters. Furthermore, Barry has found himself trapped inside another one of his own. This leaves the members of ISIS to save not one but probably two people at the same time. The only problem is they are less on numbers and furthermore an entire Diamond Squad may be surrounding the headquarters of ISIS,

Apart from all of this, Colt remembering everything he should also help ISIS gain an upper hand over IIA. We also saw Lana constantly struggling to find if she loves Robert or not. She almost cheated on him in the last episode when the team flew to Japan. The same shades have followed in further and as Cyril suggests, she may just be becoming what Archer is after all. Anyway, all will be seeing in Archer Season 12 Episode 8.

Archer Season 12 Episode 8 will be airing on FX at 10 PM ET. The coming eighth episode will mark the end of the twelfth season of Archer. A Season 13 is officially happening for Archer and we are expecting it to come by mid-2022. Until then, You can also watch Archer Season 12 and the coming Episode 8 on FX’s official website and app. Video-on-demand services of Amazon Prime Video, iTunes, and VUDU may offer the twelfth season of Archer along with the coming episode 8.