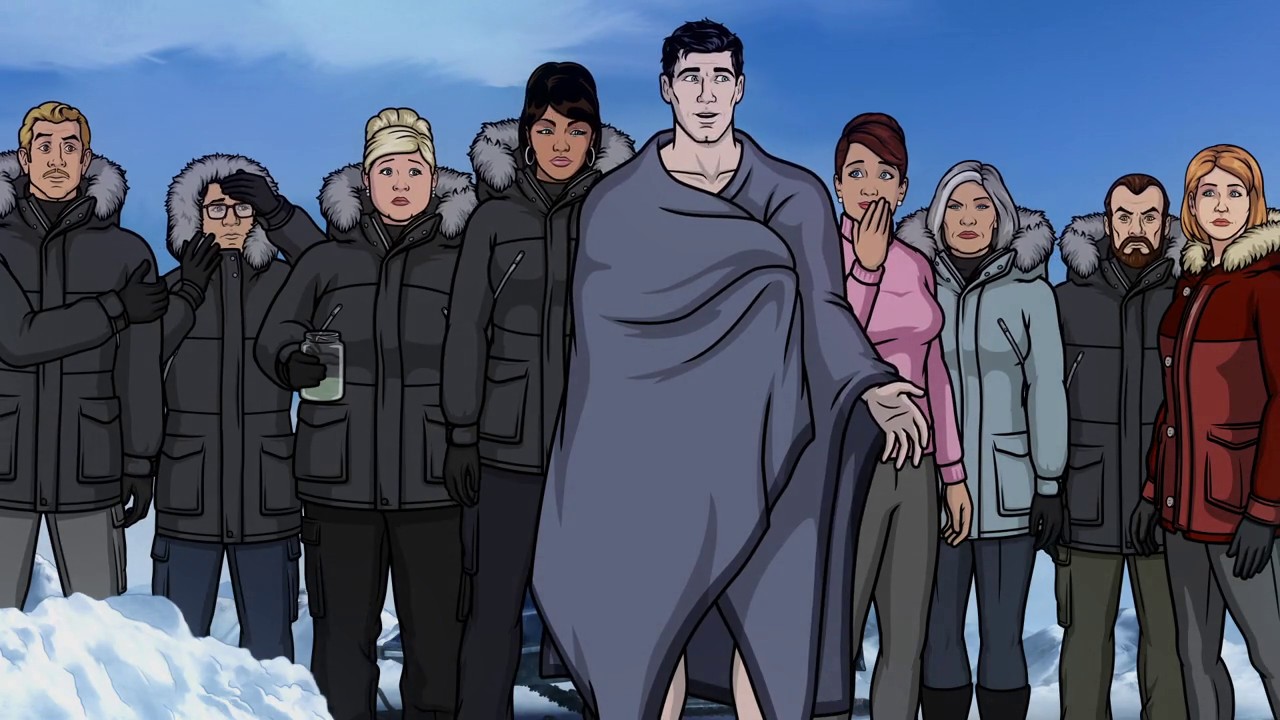 Archer Season 12 is making a return with Episodes 1 and 2 dropping altogether. From what we see, the twelfth season may pick up as an aftermath for the previous one. The last time we were on Archer, our group was not exactly working as a team. There was bad blood, history, and much more going on around. But anyway Archer and his group solved that one mystery that they opted not to go to until Trip found a way for them. But the mystery itself was a mess and led the murderer to be the one who opted to help first.

So to get to that point, Archer and his group interrogate a number of various deserters and tag along. Everyone has their own traits and is suspect worthy. That was until one of them gets murdered again and the victim’s diary has a lot to say about what really went down. So for a while, Archer came to a wrong conclusion until real beans were spilled and Mallory and Cheryl, on the other hand, heard a call they shouldn’t have. So what was the murder about and what it has to do with the nuclear catastrophe? Let’s find out.

Last time on Archer, we opened up with Archer denying to go to Antarctica to solve a murder mystery. There is a lot of animosity in the air and history between Lana and Sandra. That was until Trip made his entrance with a helicopter on a terrace without a helipad. He offers to take everyone on his submarine as he is a major donor to McMurdo. So finally everyone agrees to go to Antarctica. 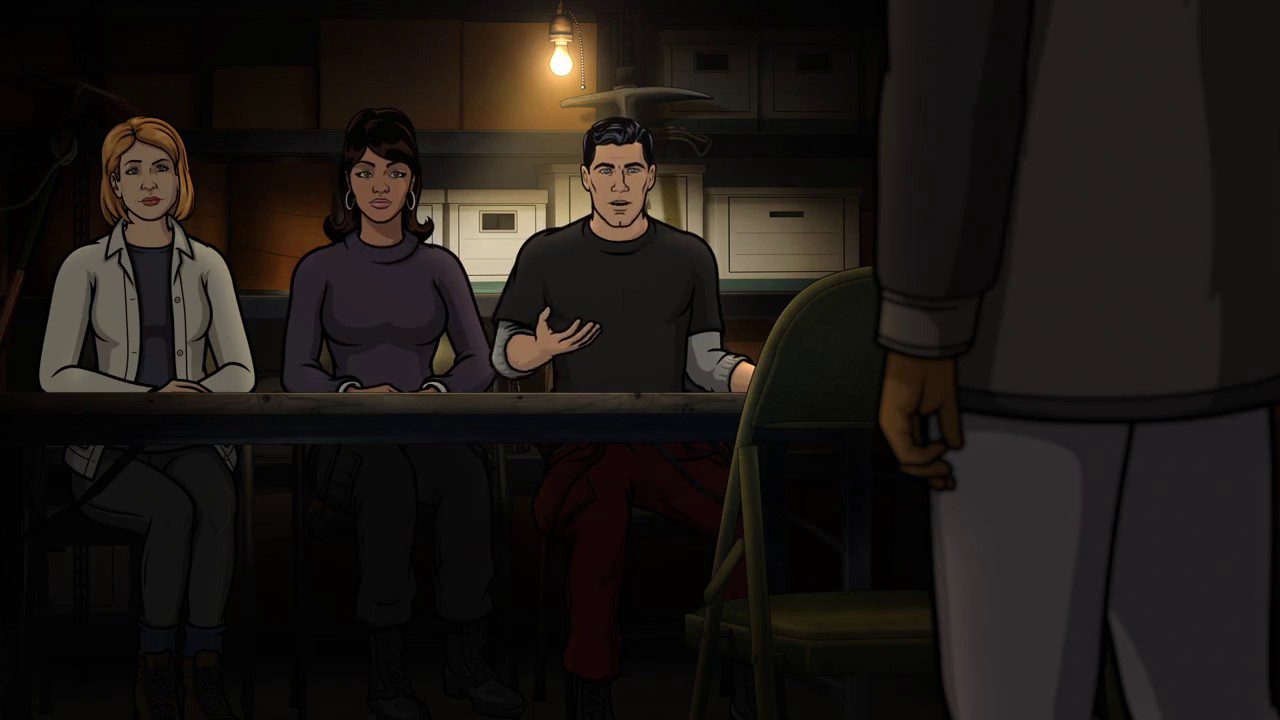 Upon reaching the cold continent, the group settles down and meets Chief Rex and his baby Lamont. He leads them to what went down and the group starts by taking a look at the body and murder weapon. Following that, they interview various tag along including Penguin expert Gray to Dr. Rilsa to nervous Maddox and researching Kinski. When Maddox from among the tagalongs dies, the investigation into Maddox’s diary circles to none other than Chief Rex with whom she went out.

Rex decides to come clean and confess he killed Bob but not Maddox. It had to do with a Hydrogen bomb that was dropped on the continent which they took in to investigate. The same night they saw Bob sabotaging the antennas and upon confronting he attacked them. In the move of self-defense, Rex killed Bob. At the same time, Mallory and Cheryl looking for adventure stumble upon Trip and overhears his plans for the hydrogen bomb. 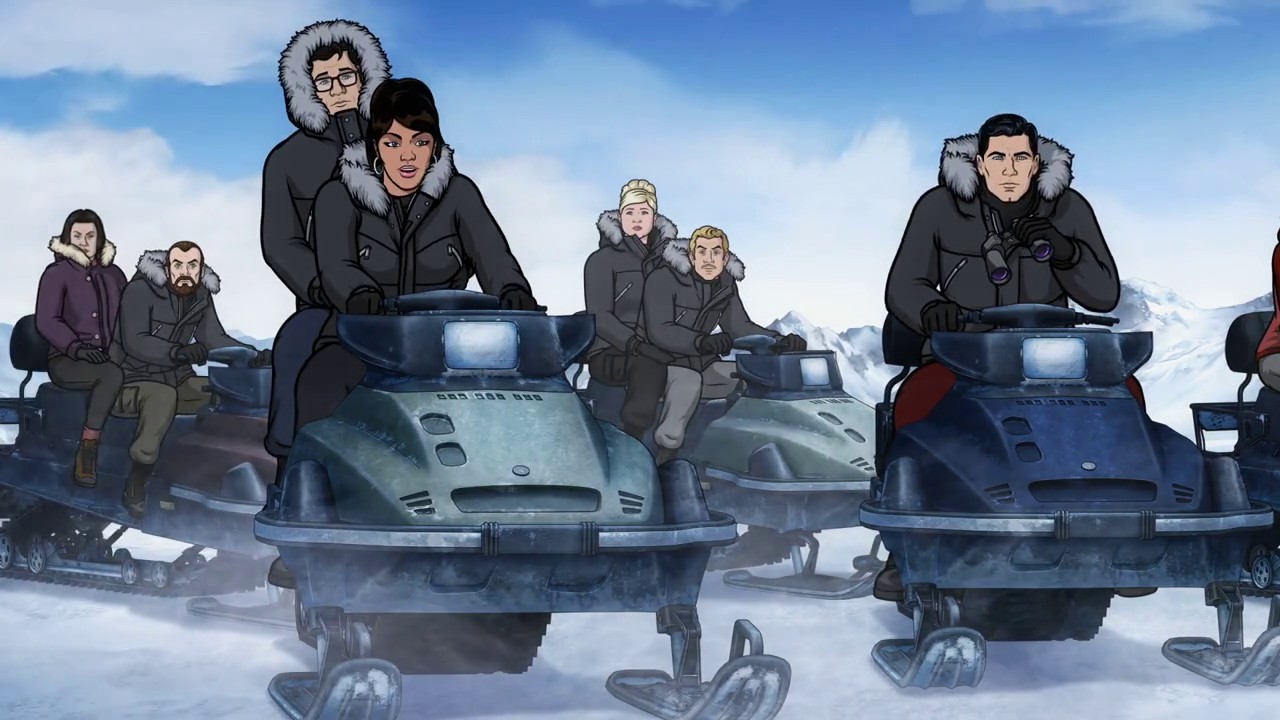 So Mallory and Cheryl get caught but they manage to escape later on. They inform Sterling about Trip’s plan and the group heads out to catch him before he makes his escape from the continent. Sterling answers with bombs to Trip’s henchman. As Mallory and Cheryl hold Trip’s henchman at gunpoint, Archer dives into the water and damages the submarine with a bomb before baby Lamont saves him. The episode closes with everyone realizing what they are doing wrong with their life including Trip who tries one final escape by landing his copter. So you cant land your copter anywhere resulting in him dying.

Archer Season 12 Episode 1 is titled, “Identity Crisis”. The official synopsis of the episode talks about Archer and his gang saving the world from a nuclear crisis. It probably has to do with the Season 11 finale where they saved the hydrogen bomb. So for that, the group is gifted five nights in a rat-infested Moldovan hotel. But will they get to enjoy or another mystery finds its way is something to look at.

Archer Season 12 Episode 2 is titled, “Lowjacked”. Post enjoying the time at Moldovan Hotel, the team needs to get back to their work. Towards the end of the eleventh season, we saw the things our group lacked. So the second episode of the twelfth season teases that they will see them enrolled into a team-building exercise sort off which doesn’t really go as planned.