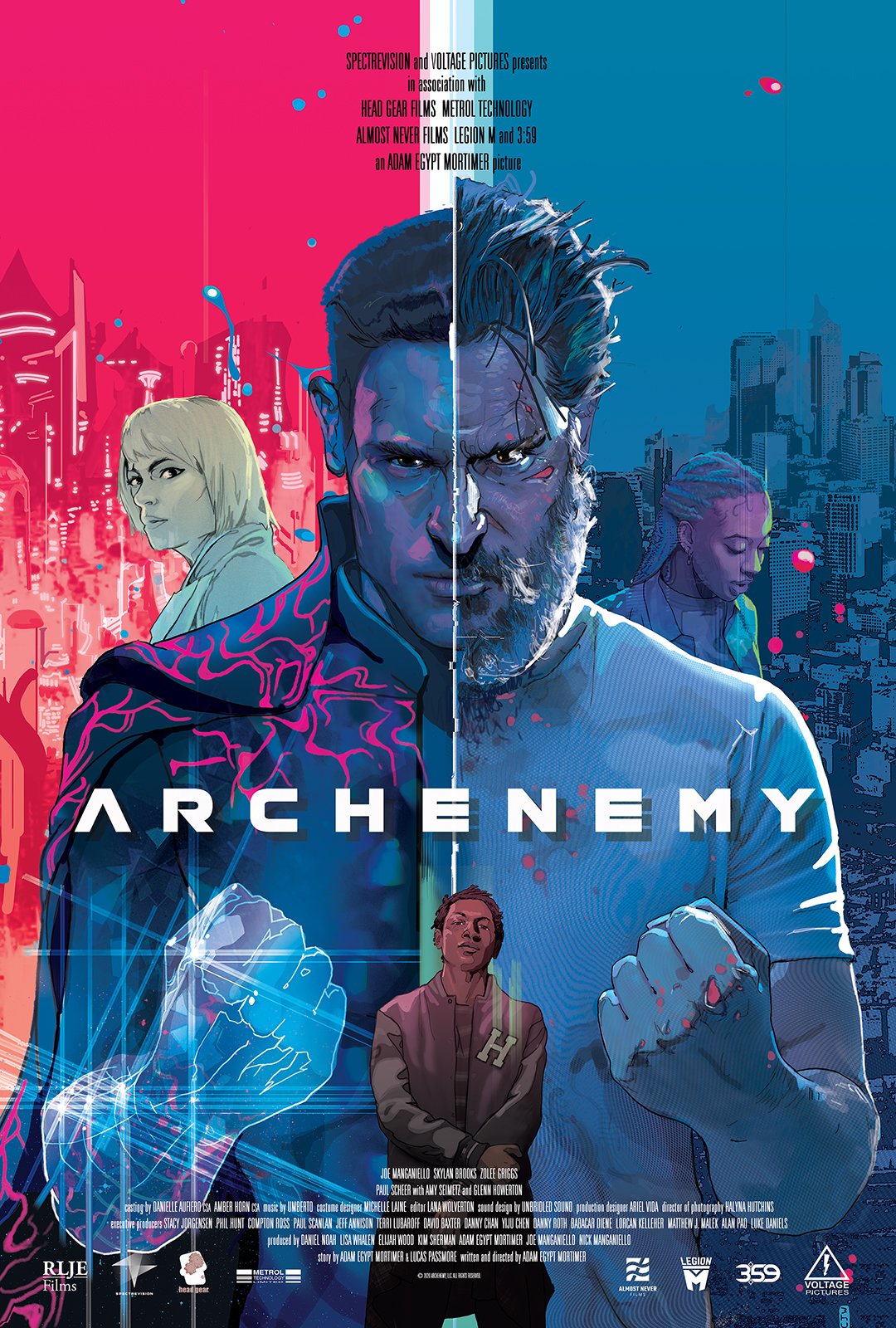 On review aggregator Rotten Tomatoes, Archenemy has a 75% rating for Adam Egypt Mortimer’s movie named Archenemy; Based on 51 reviews, with an ordinary rating of 6.2/10. The website’s critics’ understanding reads: “Archenemy fails to follow through on some of its more interesting ideas. However, Joe Manganiello’s best performance; And the picture’s infectious raw energy make for a fun action-adventure.” Metacritic announces a score of 57 out of 100 based on seven critic reviews, indicating “mixed or average reviews.”

The movie was created out of sheer love of comics as a child as well as an adult. The story is written by Mortimer created with Lucas Passmore. 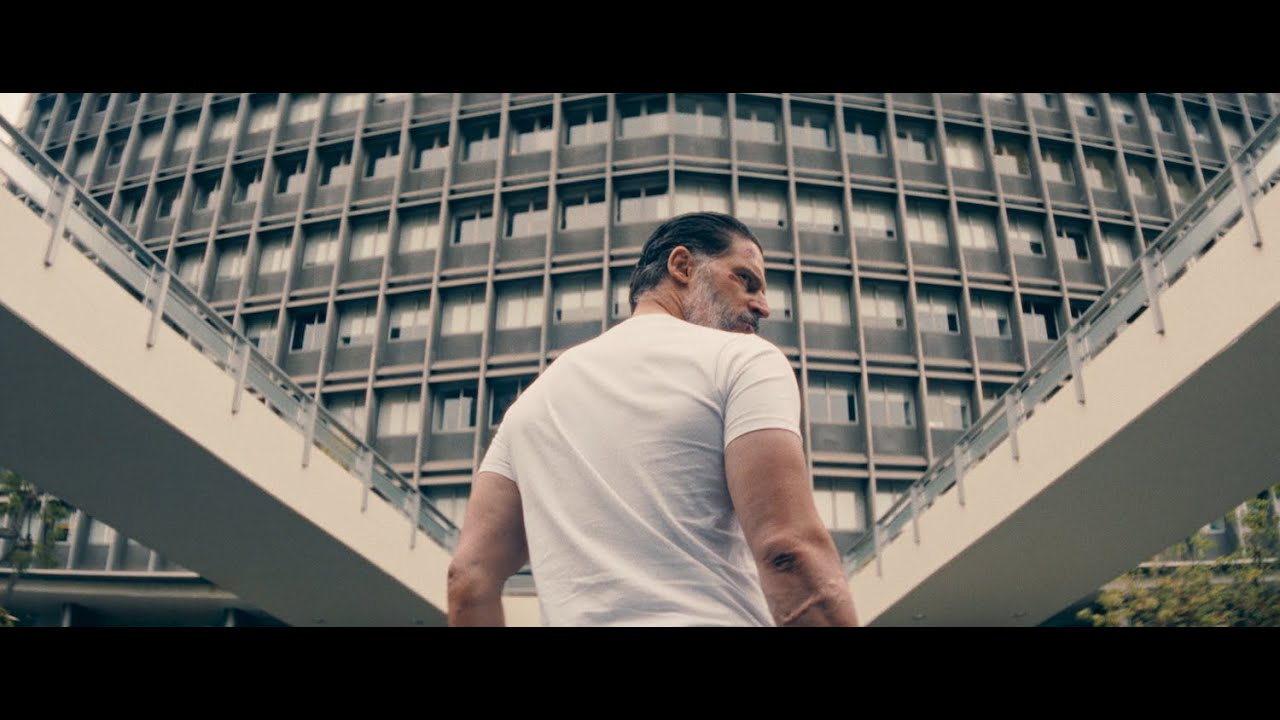 However, the storyline was very predictable; Viewers expected something different. We live in the era of Marvel and DC, but Archenemy didn’t live up to its expectation. We can say that the movie was a disappointment as it is a superhero movie, And we tend to compare it with other superhero movies, and it was nowhere near any of those.

The movie talks about a family of storytellers whose son investigates a homeless drunker, who is assumed to have superpowers. However, the family dynamic is very abrupt. That goes crossways for Indigo’s workplace, where a clan called the Manager (Glen Howerton) commands a, well, the strengthened crew of bad guys. In a cameo as a coked-up businessperson with a crown of piercing wire tattooed on his scalp, comic actor Paul Scheer explains that authenticity isn’t the purpose.

Alternatively, the movie’s going for a smooth ’80s vibe, albeit one with room for anime comedies that are cooler-looking than the animation that hit American cinema screens that decade. These progressions (which seem suitable for viewing under the influence) tell of a planet called Chromium, which was endangered by a supervillain named Cleo until the omnipotent Max Fist “punched through the particles to create a vortex” in “the quiet between space and time”: Fist finished Cleo’s planet-destroying threat but, in doing so, was removed from his dimension. Powerless on our plane, he lives on the road and spends a lot of time telling visitors in dive bars about his achievements. There is no doubt that the movie gives an 80’s vibe because the animation and the storyline also feel primitive.

As the movie continues, the bar of disappointment increases. Even the superhero costumes seem like a Halloween costume. No hard feelings Adam but please “Level Up.”

The sounds effects were also inspired by a dog- “Growing.” Growl makes Christian Bale’s Batman sound embarrassed, Manganiello stumbles and slurs and digs dropped french fries out of trash cans. His rolling-in-the-gutter Fist is fascinating to Hamster, who first confronts the big lug as he’s knocking the hell out of a masonry wall in a lane. He may or may not understand the stories Fist starts scattering. However, he laps them up promptly and shoots videos of his passionate outbursts, calling them “splash worthy.” He’s pretty sure he can extract this loon for a full-time gig at Trendible, and his supervisor agrees. (A million out-of-work or perma-lance commentators now feel sick to their stomachs.)

The movie is intercut with comic book-style designs of Max’s past on Chromium. The montages are capable kaleidoscopes of bright hues of blue, purple, and pink, quite visually checking if a bit difficult to follow and relate to the proceedings on the ground. As Hamster and Max are forming names for themselves with bored 9-to-5’ers looking to withdraw spreadsheets, Indigo matches up with the syndicate’s kingpin (Paul Scheer) to move up within the company. Scheer, donning tattoos and a red Speedo, is a bit of comedic assistance and also seems to be in a separate movie than everybody else. After the meeting turns ill-fated, Indigo takes a large sum of cash, and, just like that, she’s on the run.

The Manager (Glenn Howerton), a nonproprietary and ominous name if there ever was one, and his crew ultimately track Indigo and the money. However, Max comes to the feat, at least for the time being. At this point, Max is a viral response, turns into a sort of Robocop Ralph Lauren; And provides both himself and Hamster with new things for the battle to come. With Indigo and Hamster on the progress, Indigo decides to pull over to the side of the trail to take a nap which IS NOT A GOOD MOVE IF A Collection OF DRUG VIGILANTES is following YOU.

Things go expectedly haywire as the fate and past collide, with Cleo (a deliciously icy Amy Seimetz), Max’s previous lover on Chromium. Coming to help explain how Max appeared on Earth and what the future exists for the city. So,  we can say the movie had potential. But wasn’t able to deliver. Other than Manganiello, the acting is pretty subpar. Feels very low budget. That would be okay if it had better character development. I hope someone better suited at story-telling takes up this idea and runs with it.

The movie received mixed reviews from the audience. For instance, one of the views says, “I don’t want to spoil it, but I will say this much this movie’s a lot of fun. There’s a lot of action to it. There’s a lot of stuff that goes down where characters are just being blown away; You don’t know what’s coming around the corner. It’s stylistic, and if you’re a little tired like I Am of all these over-the-top polished superhero movies that have come out in the past 20 years, this might be right down your alley. Let’s start with the positives. I enjoyed this movie. I loved a puzzle box.  The mystery of not knowing what is going was amazing.”

This was the first good review I read about the movie. Thinking from this viewer’s point of view, if we do not compare this movie with another superhero movie then, Archenemy did well. We can actually use this movie as a break from all the cliche superhero movies. We can also consider the fact that this superhero was not a doctor or owned a company. He was a rag on the streets and came to help a boy who needed his help.

There is no doubt that the cast was amazing. They lived in character, and the movie lives within them. In one of the interviews, the director says that superhero movies still keep the kid within him alive, and directing one is his dream come true. He added to his statement that if an adult behaves like a child, they will be judged.

But only superhero or animates gives you the freedom to be the kid you want to become. He said the movie is very close to his heart as the protagonist is a homeless drunker, and he was the victim of alcohol addiction. But he conquered it, and now he is here. He said overcoming an addiction will make you a superhero because you will learn so many things in the process. You will break thousand of times, but you have to live because this is why we were brought down on this earth. (chuckles)

There is a trauma story behind every superhero, and the director’s real-life story inspires this movie’s trauma story. When we pay close attention to the insights, we can say that the movie was emotionally rich and did a great job. Whereas, on the surface, the movie still can’t compete in the race of preexisting superhero movies. Marvel and DC will be Marvel and DC. To sum up, we can say the movie was okay, but still, views deserve better.