Young Quarterback Footballer Arch Manning is free from any scandals and rumors. He does not have any girlfriend currently. 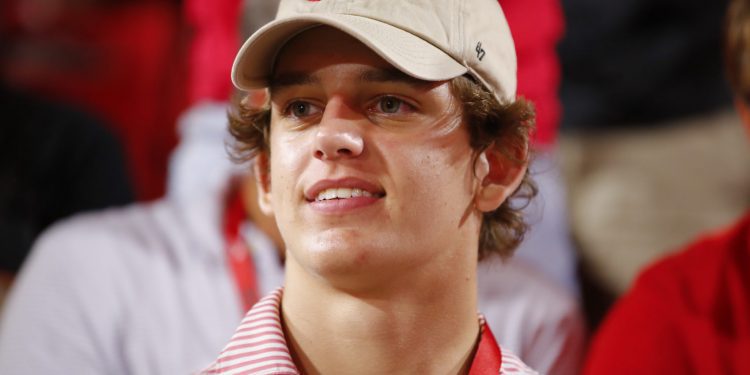 Arch Manning has been gaining quite the limelight, with many schools trying to recruit him for playing college football. So, who is Arch Manning’s Girlfriend in 2021? Is the girl appearing in the recent Twitter video his girlfriend? There are no hints or any official news for suggesting that the young quarterback footballer is dating anyone. Nevertheless, the recent Twitter video is creating quite the sensation not only about his recruitment but also as to who could be the girl. There is little personal information or any news about the footballer’s dating life.

Likewise, the Twitter video also does not state whether the girl is his girlfriend or not. The girl also remains anonymous except her asking Manning regarding his future football college. But, the pair seemed quite cozy in the video. Manning has been the No one recruit for the 2023’s class. He is one of the most desired players as the nation’s top quarterback player. However, the younger footballer has not yet chosen from where he will play college football. He is also unlikely to do it soon. Manning will reveal his decision by next summer or spring, reportedly.

Arch Manning’s Girlfriend: Who is the Five-Star Quarterback Football Player Dating in 2021?

Arch Manning does not have any girlfriend currently. He is very much single and not dating in 2021. The football player does not have any scandals or anything of that sort until now. Furthermore, he is rarely active in social media. Well, the football player could still be waiting for the right girl. He is currently only 16 years old. There is a long way in life for him to go considering he made his national debut in 2020 only. Now, the football player is only invested in making his career. He has not even graduated from high school. After all, he is following and has to keep up the proud legacy of the Manning football family.

Is the girl appearing with Arch Manning on the recent Twitter Video his girlfriend?

A girl is seen on a recent Twitter Video on November 26, 2021, with Arch Manning. But, it is not sure whether the girl is his girlfriend or friend or any other relative. The video is captioned as, “Throwing this out there with no context.” There are several rumors about the girl being his girlfriend seeing as to how they are quite comfortable in the video. Furthermore, the girl asks him in his video if he is going to Miss Ole. The football player replies shyly that yes, right, hottie tottie. Then, the girl responds in the excitement that yes, Arch Manning is going to Miss Ole.

The video is going viral ever since its appearance as it also provides a big hint as to where he will be going in the future. Furthermore, his recruitment is one of the main topics that has ever been going on this season. Miss Ole is also one such school that is trying to recruit him. The school is also the alma mater of his father, uncle, and his grandfather. Later on, Lane Kiffin, Miss Ole’s head coach retweeted the same video. The video does not provide definite suggestions that he will be going to Miss Ole. But, it is seriously giving some major discussions from Arch will select to play college football. Texas, Alabama, Georgia, LSU, and Clemson are some of the other schools that are seeking to recruit young footballers.

Arch Manning Suffers a Loss in the Louisiana state playoffs

The recent ending season of Arch Manning is a rather unceremonious one. Louisiana state playoffs semifinals for Division III took place last Friday. Lafayette Christian blows out Isidore Newman team of Manning in 49-7. The young footballer completed his game at 6-of-17 for 15 rushing yards and 49 passing yards. Arch was hoping to put an end to the reign of Lafayette Christian Academy as the state champion of Division III by winning the title of the first game in the history of the school. However, the defensive line of Lafayette was quite strong, and the Newman’s team completed the game at 2-for-8 on third down with just 137 yards of total offense. Later on, he stated that he would try to improve more during the offseason.

Also Read: Eli Manning Net Worth: How Much Is The NFL Quarterback Worth?