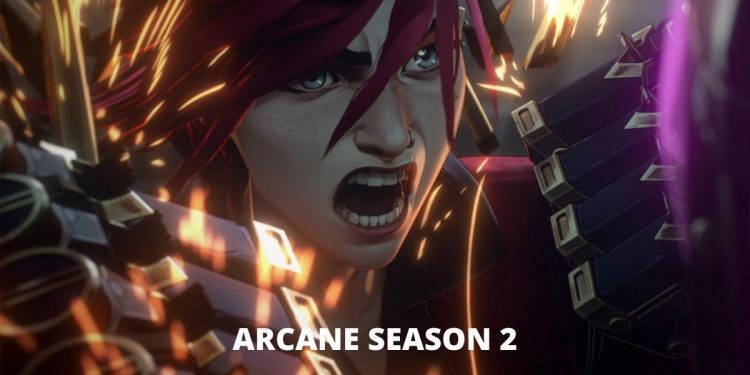 Where is Arcane Season 2? Are makers planning for it? These are the questions ruling over every Arcane viewer. Well, the series was released recently and the reviews on it are amazing. People went out of words for this amazing creation. The design of the characters was remarkable and this series is going to be the best adaptation of any game. So, the game is the league of legends. Well, this game already has lots of players but is the series only understandable to the gamers? No, a big No. The series is targeting all types of audiences, be it gamers or any other boy or girl.

So, the reviews and number of viewers increased just after the first three episodes. People started flooding social media with questions related to Arcane season 2. So, it becomes a necessity for the makers to release the 2nd season. The ones who have not seen the masterpiece so here, in this article we have included the plot of the Arcane series and we tried to answer all your questions regarding season 2. So, stick to the article to know more.

What is the plot of Arcane Season 1?

In the past, the stabled city of Zaun marched across a bridge into Piltover, resulting in the pushback of the Piltover enforcers. During the rebellion, sisters Powder and Vi find their parents dead in the rubble and Vander took them away. He was the leader of the rebellion that was a failure. In the present, Vi and Powder had become robbers. While robbing a penthouse with their brothers Mylo and Claggor they accidentally dropped one and when it shattered it results in an explosion destroying a large portion of the building and alerting enforcers to their presence but they ran away. While returning they saw Deckard but they beat him up. However, she loses the loot and Vander scolds them a lot for their carelessness.

As time passes, it is out that a student who was Jayce at the academy was the one who was responsible for the explosive crystals that Powder and Vi stole. After this, Piltover’s ruling council calls them to testify for illegally experimenting with arcane magic, and then he is expelled from the academy for endangering the city. Viktor who is an assistant to the professor was helping him to complete his research. It turns out that Vander and Silco were once partners, but their partnership was over when Vander struck a peace agreement with the Piltover enforcers which results in the down of Silco when he didn’t stop fighting. Present-day, Vander turns himself in but is taken hostage by Silco in the meantime Jayce and Victor had invented Hextech a new arcane technology.

Back in the undercity, the siblings reach Vander but are cut off by Silco. They were forced to fight with Silco, Claggor and Mylo are killed and a Shimmer-enhanced Vander is forced to fight off Silco. However, Silco took Powder away from all this. After some years on the anniversary, Jayce was wishing to reveal about the Hextech technology at the ceremony but thought of postponing it due to the warning. The powder is now a teenager who lives with Silco and helps with the smuggling of shimmer. At this time Jayce’s childhood friend Caitlyn was out of nowhere insisting to give her information about Jinx.

What was the Ending of Season 1?

Vi makes it back to Zaun, reveals Silco in strength, protecting tight manage of its seedy underbelly. Not like Vander, Silco does no longer hesitate to use something means are vital to maintaining himself on the top. Meanwhile, tensions between Zaun and the “topsiders” of Piltover are going for walks hot. Meeting with Silco via the waterfront, Jayce is inclined to broking peace with Zaun, even providing the underworld with its very own sovereignty. In change, he asks for Jinx in order that a person can be chargeable for the recent violent assaults. Silco considers the offer but realizes he would not have the heart to turn over Jinx, who he thinks of like a daughter, and admits that he now knows why Vander got so gentle.

With Silco out of the picture and Jinx not able to govern even herself, it is doubtful who will take strength over Zaun. Those who challenged Silco are already dead, and no clear successor is present. The maximum likely candidate seems to be Vi. In any case, she’s from Zaun and was rising via one in all its former leaders. Now that she’s again domestic with newfound connections topside, she’s a top candidate to steer the underworld and type out the mess her sister created. Jinx brings it to dinner however runs off with it after killing Silco and uses it to power an uncongenial-looking rocket launcher.

Meanwhile, lower back in Piltover, Jayce initiates a Council vote to provide Zaun independence. Just because the vote involves the ground, Jinx, burdened and traumatized from killing Silco, launches a rocket without delay on the Council building and, right because the vote passes, it hits. Jinx says to Vi that perhaps you may love me as you used to, though I’m unique, after killing Silco. However, you’ve changed, too. right here’s to the new us.” turned into all approximately Vi’s attempts to find Jinx and repair their relationship, Jinx no longer wishes, however, she is someone completely new.

What is the Arcane Season 2 Release Date?

The release date of Arcane Season 2 is yet to be confirmed. The reason is that the next season is in production. How do we know? Well, makers have openly declared that season 2 is in production. And, the season might not let its fans wait for more than six years. The arcane season 1 took six years to prepare. So, if we conclude with this, the next season might not come soon as it’s an anime series. Therefore, it will take time. Anime series are from computer programs and makers have to prepare them with very high accuracy. There is no chance of its release in 2021 or 2022.

Also Read: Arcane Release Date: When is the Animation Coming To Netflix?

Who will be the expected cast of Season 2?

While Arcane is an animated series so it is having a voice artist as the cast member. They remain backstage and give their voice to the characters present in the series or movie. So, Who was Vi? The most important character of the series had the voice of Hailee Steinfeld. She is a singer as well as an American actress. Next on the way is Powder, another most important character in the amazing series. So, Ella Summer Purnell was the person behind Powder and Mia Sinclair Jenness was there for young Powder. Further, Ella is an actress and little stardom, Mia is a voice artist. Harry Charles Salusbury Lloyd handles the character Viktor in a very professional way.

He is an English actor who has a good number of fan following on his social media accounts. But, who gave his to Silco? He was none other than Jason Spisak. He is one of the most talented among others as he is a voice actor and computer programmer. Also, he does editing animation and can do any sort of work in this field. Furthermore, the voice of the character Jayce Talis was from Kevin Alejandro. Well, he isn’t a voice actor but a normal actor and director. However, in this series, he did an amazing job just like other wonderful actors. Now, these were among the main characters so if there is any Arcane Season 2 then these actors and characters might get the responsibility to take the season to the next level of success.