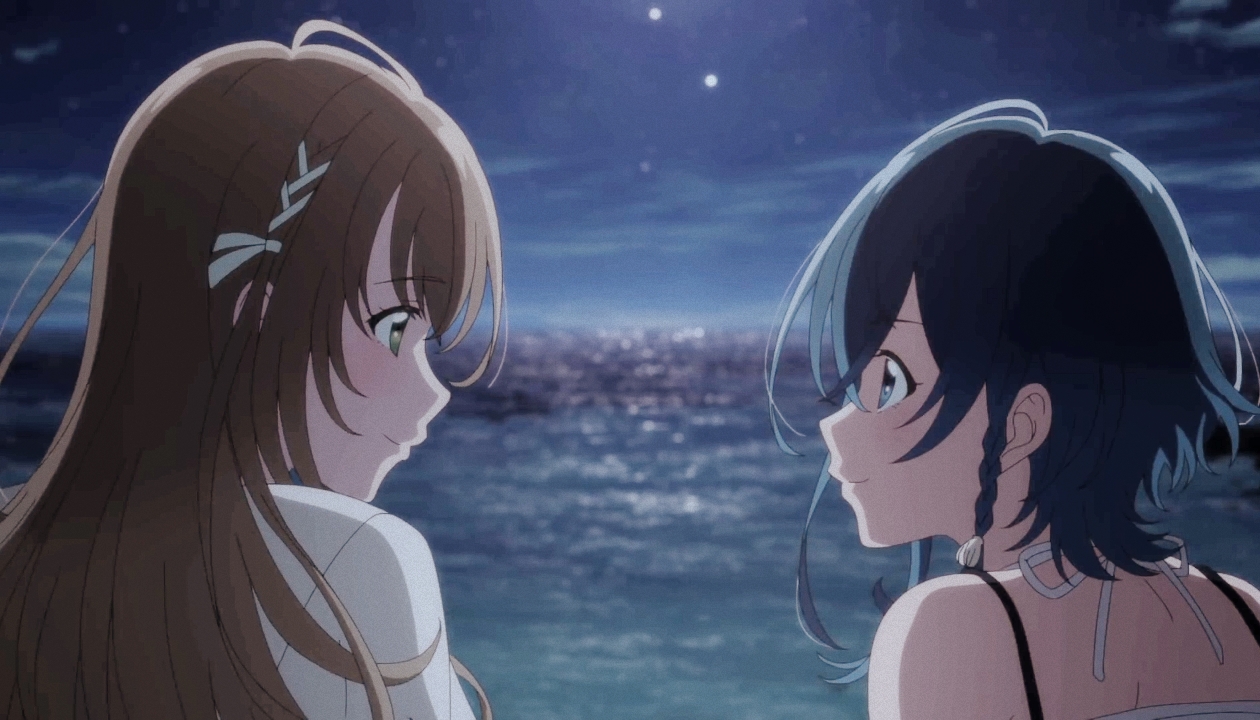 Spring might be bringing in good anime for us greedy weebs, but there’s more coming up in Summer. Studio PA Works announced an original anime, Aquatope of White Sand, on January 15 that has piqued the interest of many anime fans. The announcement of the anime was made on the official Twitter account of PA Works, @PAWORKS_info.

The anime will be directed by Toshiya Shinohara. Anyone who watches the art of the anime will appreciate the amazing character design by Umiko (U35) and Yuki Akiyama. Aquatope of White Sand has no source material, which makes it a subject of utmost curiosity. However, the plot overview has so catchy that it’s difficult to ignore it. If you haven’t checked out the PV yet, do check it out on the official YouTube channel of DMM Pictures.

PA Works has animated several anime series like Another, Charlotte, and Angel Beats. The upcoming anime has stirred a lot of commotion among fans. Aquatope of White Sand released a new visual in April 2021. Here’s all that we know of the upcoming anime by PA Works studio. 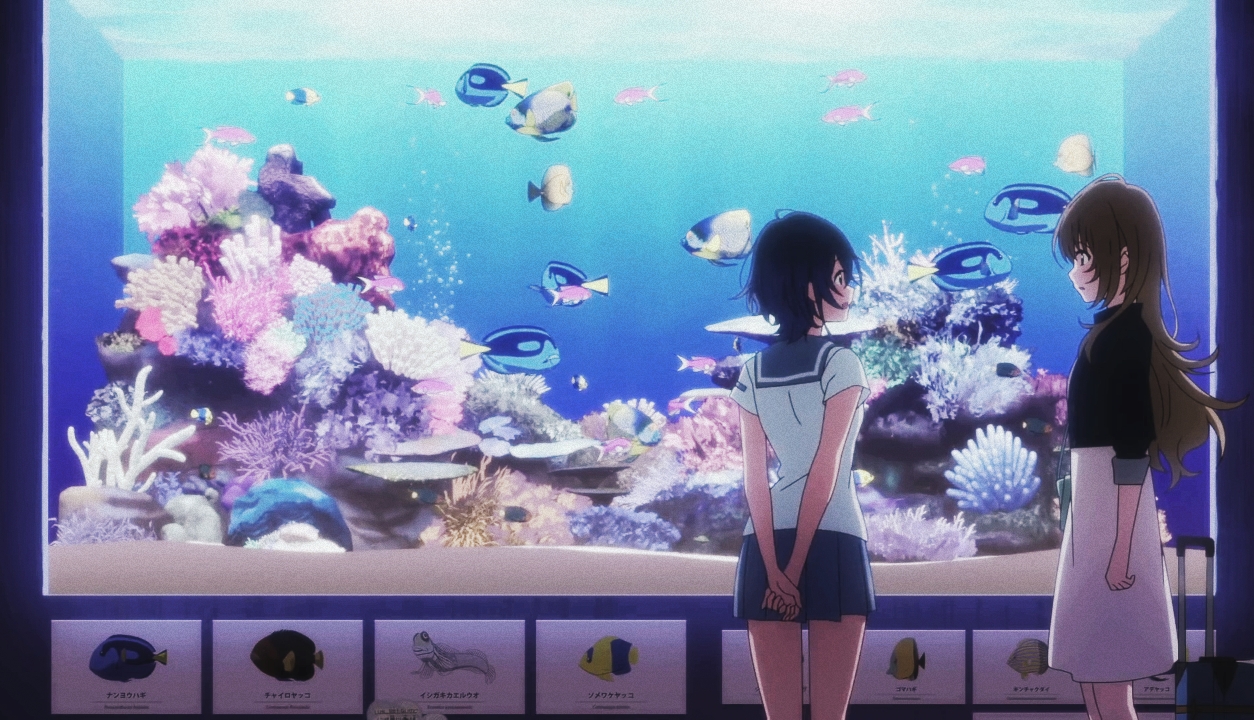 Kukuru and Fūka meet in the aquarium.

Kukuru Misakino is an eighteen-year-old who works at Gama Gama Aquarium in Okinawa. The aquarium has a secret that she has known for a while. She has a dream she wants to fulfill someday and works hard for it.

On the other hand, we have another eighteen-year-old girl, Fūka Miyazawa, who is a runaway from Tokyo. She was an idol, but now she has given up on her dreams. She has fled from her home in Tokyo and escaped to Okinawa.

Kukuru meets Fūka in the aquarium and learns that she has run away. She invites her to live with her. Fūka asks Kukuru to let her work in the aquarium. Together, they find more about the mysterious secret of the aquarium. But, things go unsteady when they find out that the aquarium will soon be closed, and they decide to fight and save it.

The anime will resonate around the development of these characters as they learn from each other. The beautiful chemistry between these two main characters is quite visible in the trailers. This looks like the CGDCT genre of anime, but there is so much in-depth plot to it that a simple genre like CGDCT does not seem to justify it well. The anime seems like it will deliver promising drama, chemistry, and just the appropriate touch of supernatural elements to glitter it up.

The upcoming anime released its most latest visual on April 6, 2021. Additionally, two new characters were also introduced. The anime starts broadcasting in July 2021. The opening theme is performed by ARCANA. It is called ‘Tayutae Nana-iro’. The ending theme, ‘Tsukiuimi no Yurikago,’ is being performed by Mia REGINA.

The new visual of Aquatope of White Sand adds more to the plot that was announced in January 2021. There has been a lot of focus on Okinawa and its scenic beauty. We take a step closer to the characters that we will be completely acquainted with within July. The art and animation are aesthetically pleasing and emotionally moving.

PA Works has not announced a fixed released date. Additionally, details like licensed platforms for international viewers and the number of episodes have not been announced either. You can always stay updated about the upcoming anime by following the Twitter accounts of @aquatope_anime. 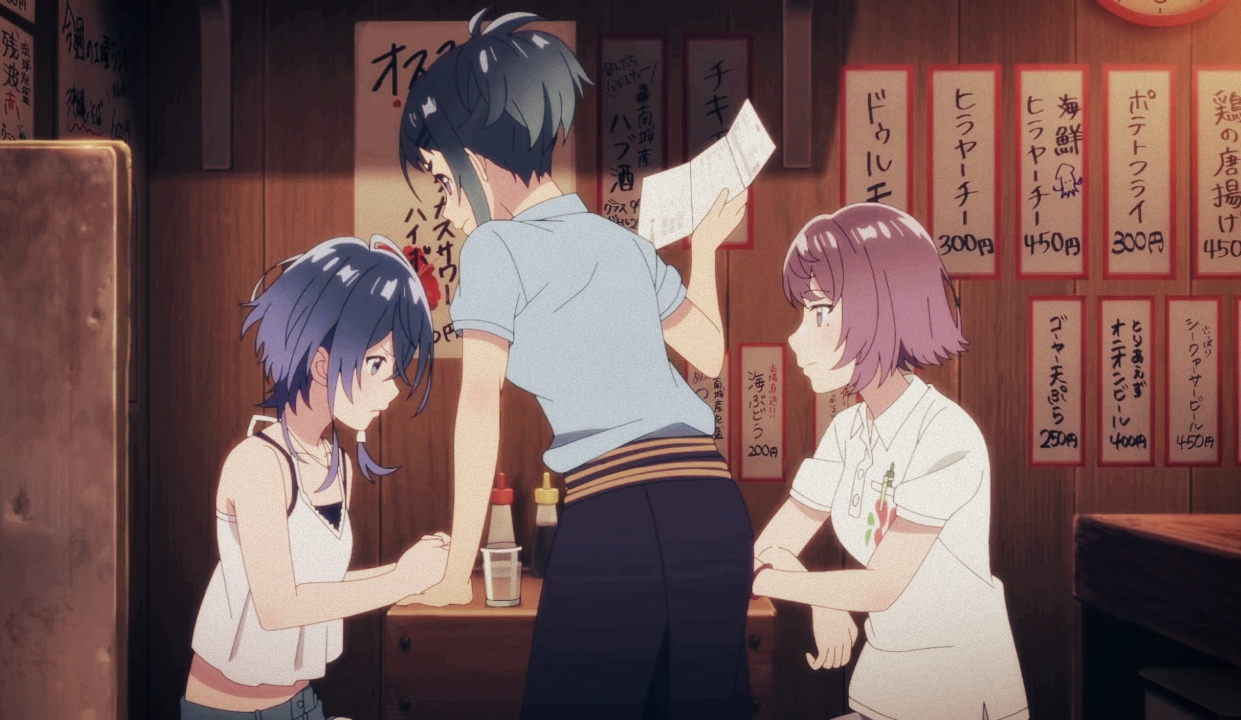 Kukuru Misakino is voiced by Miku Īto. She also voices the characters of Miku Nakano in Quintessential Quintuplets and Kokoro Tsurumaki in BanG Dreams.

Fūka Miyazawa is voiced by Rikako Aida. She is also the voice actress of the characters Riko Sakurauchi from Love Live! Sunshine!! and Koto Otsuki in Senryu Girl.

Tsukimi Teruya is voiced by Azumi Waki. She also shares her voice with the character Galko in Please Tell Me, Galko-Chan!

Karin Kudaya is voiced by Lynn. Princess Hibana in Fire Force and Sakura Yamauchi in I Want To Eat Your Pancreas are also voiced by the same voice actress.

Also Read: Obey Me! Anime Will Be Released In Summer 2021