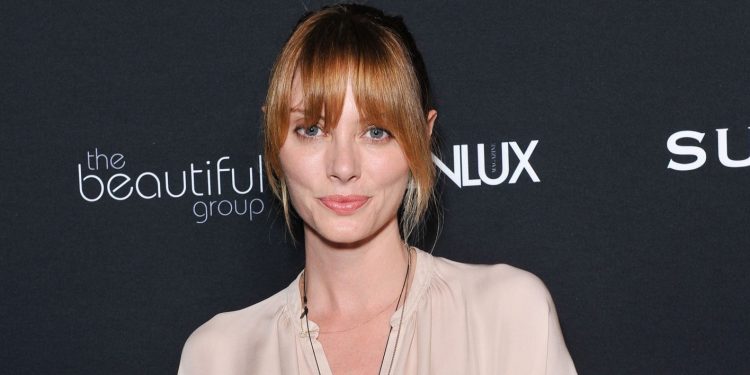 April Bowlby is an American television actress best known for portraying Kandi on the CBS sitcom Two and a Half Men. She is one of those international personalities who, even in little appearances, leaves an indelible impression. She is nowadays making news for her love life. Who is April Bowlby’s Partner? Bowlby is a lovely and talented young lady. Viewers fell in love with her right away because of her genuineness and tremendous talent. April Michelle Bowlby is April Bowlby’s full name. Bowlby was welcomed to this world in Vallejo, California, on July 30th, 1980. When she was a child, nevertheless, her family was relocated to Manteca, California. When April was a child, her mother and father divorced. She was staying with her mother in Manteca. In the summers, Bowlby went to see her father in Arizona.

Her sister enjoyed horseback riding, whereas she enjoyed dance classes. She always wanted to be a ballerina rather than an actor. Destiny, on the other hand, had other plans. April broke her foot when she was seventeen years old. For her, it was a game-changer. Bowlby began her career as a model, which led to acting. East Union High School was April’s dream school. In school, she studied ballet and French. April graduated from Moorpark College with a degree in Marine Biology. This 39-year-old diva, April Bowlby, is full of energy and hyperactive, and she can carry out any plan. April enjoys keeping herself mentally and physically occupied. Bowlby is also a health and fitness enthusiast.

April is currently married to Matthew Cooke, an American writer and filmmaker. They tied the knot in December 2020. April can also be seen in some of her husband’s YouTube videos. She is also a private lover who does not speak much about her personal life and likes to keep it out of the spotlight. As a result, no information regarding how she met her husband, Matthew Cooke, is accessible. April did, however, previously have a relationship with Josh Groban, an American singer, actor, composer, and record producer.

According to sources, April and Josh began dating in November 2009, but their romance did not last long, and they split up in March 2010 after only around five months of dating. April Bowlby met her first boyfriend, actor/photographer Randall Slavin when she traveled to Los Angeles to pursue her modeling career. Randall, as stated by April, provided her with a lot of moral support while she pursued her acting career. April was able to connect with some of L.A.’s best acting coaches and agents thanks to Randall’s assistance. Unfortunately, the couple’s romance came to an end, and they split ways. Bowlby’s hobbies include bowling, cycling, and reading. She hаѕ ѕіgnіfісаnt fоllоwіng bоth оn twіttеr аnd іnѕtаgrаm.

Who Is Matthew Cooke?

Matthew Cooke is a writer and filmmaker from the United States. He is most known for writing and directing the documentary film How to Make Money Selling Drugs (2012), which critiqued the US drug war. Cooke also served as the film’s narrator, editor, cinematographer, and visual effects artist. Cooke also worked on Amy Berg’s Oscar-nominated documentary Deliver Us from Evil as a producer and editor (2006).

Matthew was born in Washington, D.C., in the United States, in 1973. His parents’ identities remain unknown. Cooke has not given any details about his upbringing. In the media and in public, he rarely discusses his personal life. Cooke would rather have people focus on his career than his personal life. His ethnicity is Native American, and his nationality is American. In 1996, Cooke earned a B.A. in film from Pitzer College.

Bowlby attended multiple film auditions after relocating to Los Angeles. April began her acting career as an extra on the television show CSI: Crime Scene Investigation in 2004. She made an appearance as a deceased victim on CSI: New York the following year. She received her big break in 2003 on the television series Two And A Half Men, where she played ‘Kandi,’ and she went on to make a name for herself in comedy. In 2007, she starred in the television film Sand of Oblivion as ‘Heather.’

In four episodes of How I Met Your Mother, April Bowlby played ‘Meg.’ She was cast in the major character of ‘Stacy Barrett’ on Drop Dead Diva in 2009, and she starred in 78 episodes of the show. Mom, You’re The Worst, an episode of Psych, featured her. In the 2016 famous television film Marriage Of Lies, Bowlby played Rachel Wilson. Bowlby made her big-screen debut in 2008 with the film All Roads Lead Home, in which she played ‘Natasha.’ She played ‘Mia’ in The Slammin’ Salmon the following year and ‘Olivia’ in From Prada To Nada the following year. All of her acting experiences led her to Doom Patrol, a DC comics-based TV series.

Also Read: Jimmie Johnson’s Net Worth: How Much The American Racing Driver Earns?