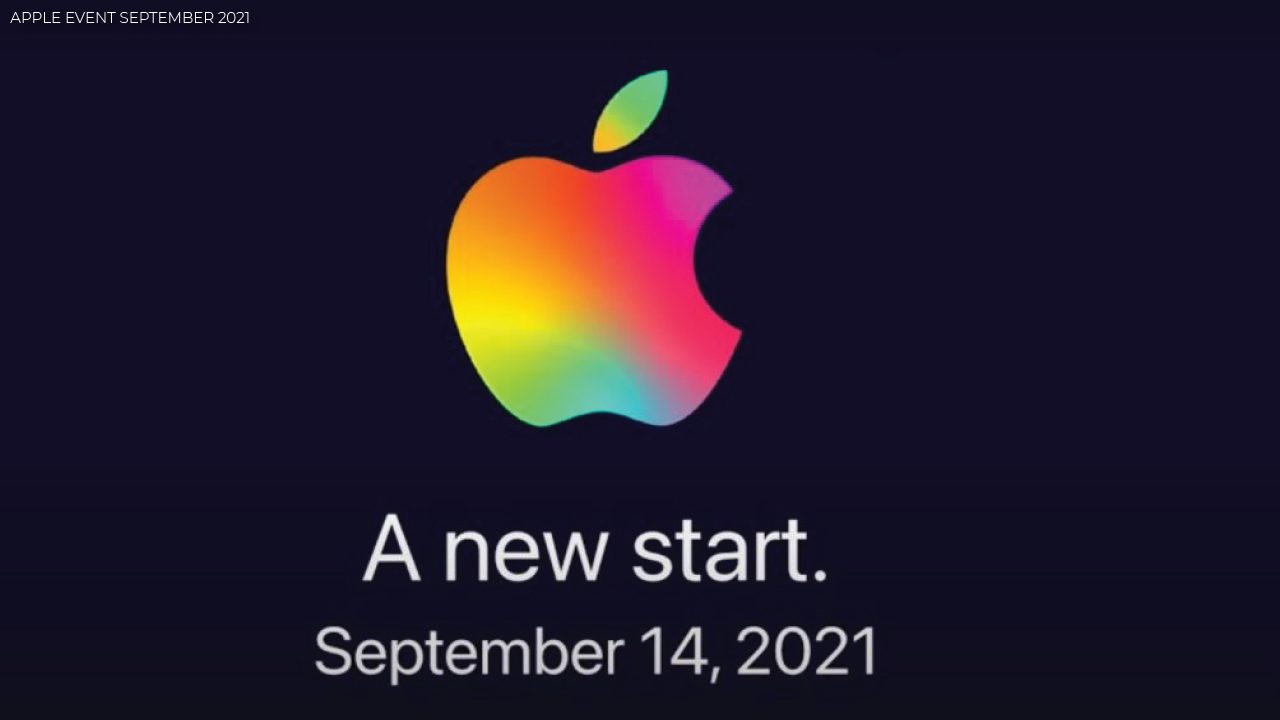 Tech fans start your engines, particularly Cupertino fans. the Apple Event September 2021 has a date. Today in Otakukart we will share with you everything we know regarding the long-awaited event of this company. Firstly, let’s start by saying that it will be on a Tuesday, as usual, and that Tuesday will be September 14, 2021. That allows us a few things, mainly extrapolating reservations for upcoming consumer electronics and their releases.

And what’s coming in this September event? It’s most likely the iPhone 13. We can surely expect four iPhone 13’s in different sizes and not a variation in size. But we’ll get to that later. This article will be a long one, as we will cover different things regarding this important event for one of the most influential consumer electronics companies in the world. Apple’s influence worldwide, despite its constant lack of innovation and criticism, marks a global trend that will embark the company right at the start of this new decade. Now let’s take a look at what Apple has to offer us in their new September event here at Otakukart.

Apple September Event – All You Need To Know

The Apple September Event will take place live from the Apple HQ on Cupertino at One Infinite Loop, on Tuesday, September 14, 2021. The company will live stream the event on their web page, and all their social media profiles. And the expectation comes with great fanfare, as usual. Moreover, and in custom with tradition, Apple’s topman CEO Tim Cook will host the event, usually telling us how cool the iPhone is, how bad was last year due to COVID, and how good Apple did by updating their software to help us live better with the pandemic.

We will surely see some trendy videos telling us how Apple products are deeply integrated with our lives. And how necessary it is for us to update to the next upcoming model (because programmed obsolescence is the norm, not the exception in Corporate America). I’m sure they won’t mention anything about how they blatantly collect our data without our consent —but that’s a topic for another discussion. After all that, Tim Cook will probably hand over the microphone to some other person in charge of hardware development who will showcase to us how cool the Pro Motion 120Hz Screen will look for the top-notch phones, and how (less) cool will it look for those of us who are on a middle-class income.

Apple Event September 2021 – All You Need To Know

Who knows? Maybe they’ll do a commercial with the song from The Momma’s and the Pappa’s song from the sixties California dreaming. But the Event for this September goes for California streaming. and it calls for the next generation iPhone a 5.4-inch iPhone 13 mini, a 6.1-inch iPhone 13, a 6.1-inch iPhone 13 Pro, and a 6.7-inch iPhone 13 Pro Max. The overall appearance will remain the same, but we anticipate a reduced notch, as well as some camera upgrades. The rear cameras, in particular, with Apple adding sensor-shift optical image stabilization to the whole iPhone 13 range this year, as well as providing a better ultra-wide camera for the pro models and upgrading the cameras of the iPhone 13 Pro to put it in line with the Pro Max.

Here is the official link to the Apple profile on YouTube which will start streaming on September 14 at 10.00 am PDT. Mark that date in your iCal.

As with all things Apple, that means great fanfare, great visuals, lovely aesthetics, and great marketing. Does Apple still employ Chiat/Day for their sales? Or did that die when Steve Jobs passed away? Anyway. Here’s what these guys have in store for us. For the past couple of years, the yokels at Cupertino wanted to break away from independent contractors and original equipment manufacturers. That meant a price hike for the end consumer at the expense of Apple making its own silicone. So the potent A14, A15, A16, A17, and A18 chips are all homegrown and that means more bang for your buck! And more battery savings!

We can safely expect batteries on all iPhones to have a much larger capacity, from 10 to 20% more. That means from 4352 mAh in the top-notch models, 3095 mAh in the mid-range models, and 2406 mAh in the more modest ones. Furthermore, 5G will be more available in way more countries, as this trend is now pervasive. Let’s switch over to the camera. These phones will feature very good lenses, an ultra-wide, autofocus lens. And the influencer’s favorite long-time ask a video in portrait mode —Charlie D’Amelio’s fantasy. The always-on display feature will be incorporated into the phones, the moldings will change. And surely, the phone will break the first time you drop it.

With all those new techs, we can expect a short price hike, nothing fancy. Just about fifty to sixty dollars in every device. Why? Because manufacturing took a price hike compared to last year. Now let’s jump to that Apple Watch you’ve got your eyes on. That series 7 Apple Watch changed shapes for sure. It’s flatter, squarer and now comes with a 396 x 484 px resolution with a 1.90″ screen with a 45mm case compared to its 44mm, 1.78″, 368×448 px series 6 predecessor. This Apple Watch won’t have any new sensors. Instead, the upgrades come with the battery and the overall performance. And it now also comes in green.

Can Apple finally make those things good enough so they don’t fall off your ears? The AirPods 3 will be shorter, they won’t have the padding. But they have cool features inside, namely: Adaptive equalizer, a 5nm process, ultra-low latency, Ultra-wideband compatibility, and low power consumption, so they don’t suck the life force out of your new iPhone. Despite all the features, these cool gadgets will cost you about US$ 200, yes, they come with MagSafe. 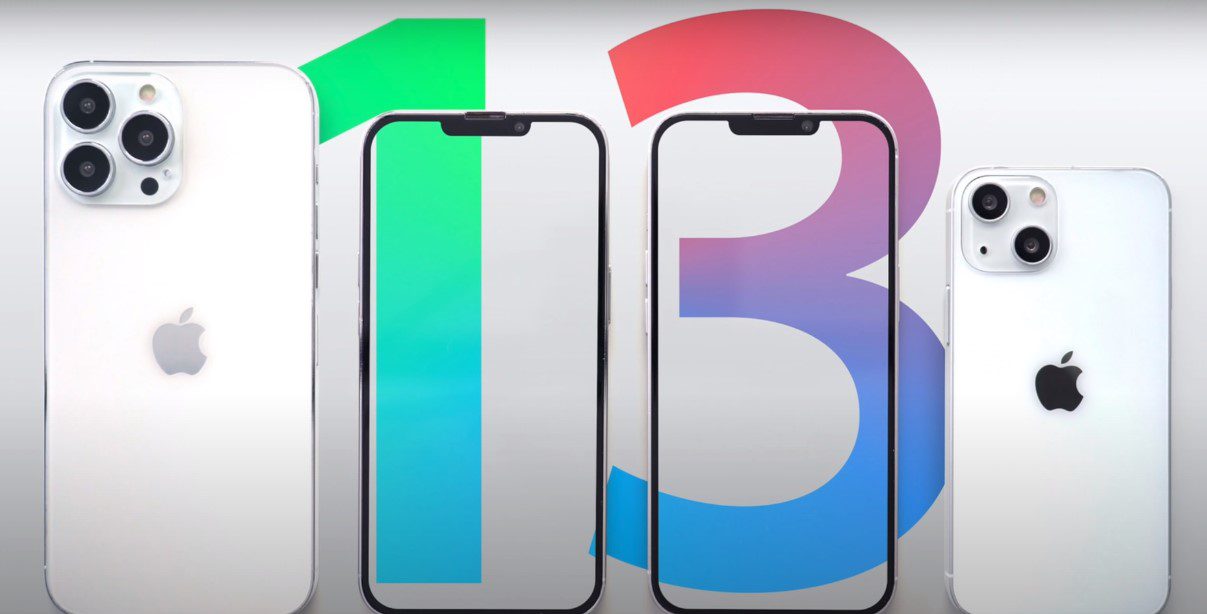 Apple Event September 2021 – All You Need To Know

Apple will do another event

This won’t be the only event that Apple has on its calendar. They still have to unveil lots of things. For example, we don’t know a lot about their MacBooks with native silicon after they said their bye-byes to Intel. And what about the iPad mini? They have to show us that too. Those Apple events could be in the middle of October or early November, just as the company plans ahead for their big sales for the Holidays.

One of Cupertino’s major problems is their utterly boring lack of innovation. No matter how many cool songs and marketing campaigns tailored by Chiat/Day they throw our way. If they can’t make a decent phone that doesn’t overheat or kills three-quarters of your battery when you play a game or do a conference call, they are simply not in the game. And that’s just their phones. Let’s examine their laptops. The induction of their policy on USB ports, which forces you into buying peripherals so you can survive in the world. That and their pricey replacements, aggressive attitudes against original equipment manufacturers, make it really hard for end-users.

If you add the deliberate strategy that Corporate America throws into the mix —which we mentioned earlier—, planned obsolescence. Apple’s lack of innovation ensures that you will get a phone and a laptop for a high price every year with the same aesthetics that pretty much does the same for a higher price and expect nothing in exchange.

What is Planned Obsolescence?

Planned Obsolescence is a corporate method that ensures that the current version of your consumer electronics products will become obsolete and useless within a time frame. That approach allows and ensures the manufacturer’s demand in the future because you will need to go to the store sometime to replace your broken item. And in the case of Apple, the concept fits like a glove. Why, because the company cares very little about older models, and pays only attention to servicing newer ones. Ever had an old iPhone with a cracked screen you wanted to use but couldn’t because the apps wouldn’t run on that old iOS? That’s an example in practice. And with that, we wrap up our coverage of the Apple September Event here at Otakukart. Thank you for reading this article, remember that we post daily updates on this and all your favorite consumer electronics, so please, keep coming back for more!