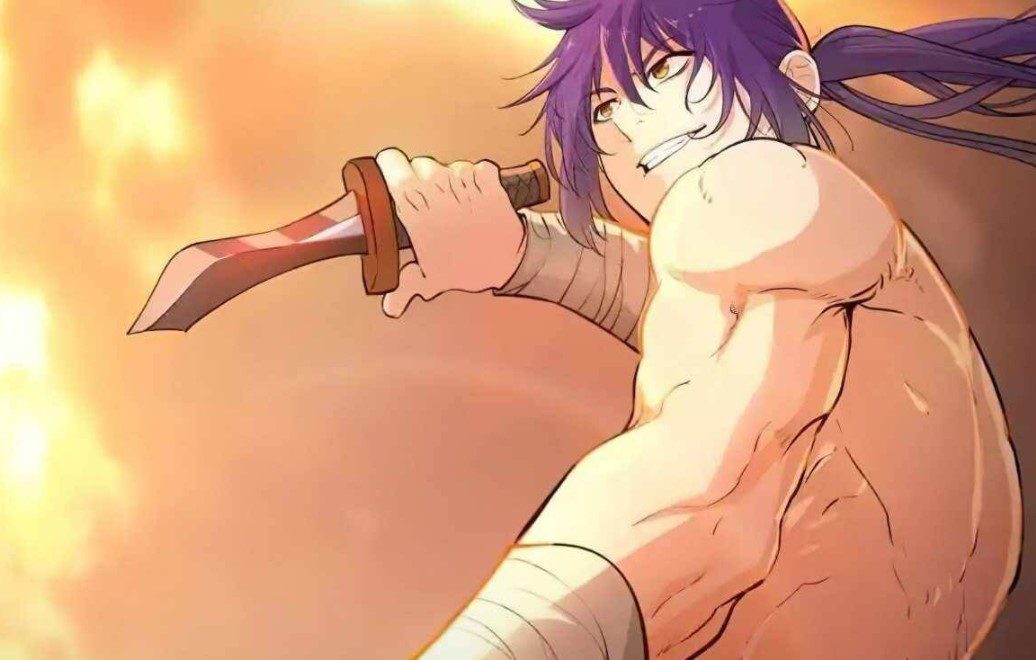 Luo Zheng’s journey begins with Apotheosis Chapter 809, with Zheng heading to the battlefield after finding that his comrade got defeated. This chapter will be available this coming week; from the latest chapter of Apotheosis, Zheng realizes that Zuanyuan Chenfeng has fallen and wonders if his body can’t get revived. Zheng thinks that Resssuraction Heavenly Venarate can restore Chengfeng using his Destiny. He wonders if Ho He has left Chenfeng alive and decided to find out what happened. Zheng arrived at the mountains and saw Ja Ran fighting with a mighty warrior.

Zheng notices that the guy is one of Saint Race, and he should have been close to Iron Moon City. Ja Ran got defeated by that guy who uses his magic chain and binds it around Ran’s body. Ran realizes that he can’t break free, and this is his death. The guy wanted to kill him, but Zheng interfered and said it was enough since Ran lost the battle. Zheng adds that it is not necessary to spill blood since Ran has accepted defeat. The guy asks Zheng how dare he interfere and who is he to stop him from killing Ran.

The guys watching the fight told Zheng that Mo He’s rules allow him to fight only once. If he is not following the rules, they will crush his bones into ashes. Zheng replies that Mo He’s rules are not his rules. The guy challenging him asks him what his rules are. Zheng replies that his rules are to assassinate the likes of Mo He’s minions. The two begin to battle each other. Zheng uses Ice Flame against his opponent, but the guy ate the attack like it was nothing.

Mo He’s minions told each other that they have to kill this brat. They charge at full force, trying to take down Zheng. One vs. All begins, and Zheng realizes that this is an end game. Zheng decided to show no mercy and pulverize the enemies using his Ice Flame. He managed to free Mo He’s underlings and told them to enjoy the cold. The slaves are glad that Luo Zheng is back and the slavery era is over. One of the slaves said that Luo Zhen is a Realm Lord who killed several Lord with a single strike.

One of Mo He’s men told the soldiers to inform Mo He that Luo Zheng has returned. The soldiers arrive at Mo He’s territory and report the matter. He told Mo He to kill Luo Zheng. The punks that think they are powerful decided to kill Luo Zheng to impress Mo He, thinking they would get a high rank. The punks realize that Luo Zheng has improved, and they must not rush him. Zheng realizes that all Pseudo-Saints have been wiped out, but Mo He is not showing up. The punks got beaten to a pulp, and one of them said this guy is strong.

One of the punks submits and shows Luo Zheng Xuanyuan Chenfeng’s corpse. The guy said that Mo-He’s Spirit Wolves tear up Chenfeng’s body. Zheng spared that guy and head to see the corpse. When he arrives, he finds the Spirit Wolves devouring Cheng and punishes them for eating his friend. Zheng killed all of them and summoned Heavenly Venerate, asking him to revive Chenfeng. Heavenly Venerate agrees and said it would depend on Chenfeng’s fate. Zheng realizes that bastard Mo He mess up with him. The chapter ends with Heavenly Venerate trying to resurrect Chenfeng.

‘Baptiste’ Season 2: What is it About?